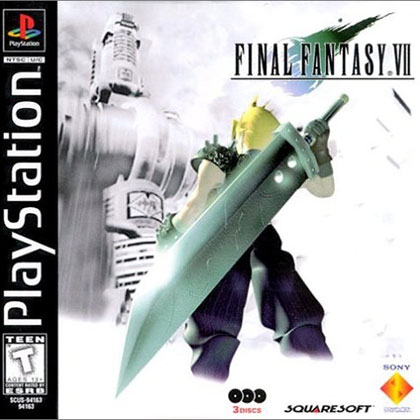 Final Fantasy VII follows the story of Cloud Strife, an Ex-SOLDIER working for AVALANCHE, a group lead by Barret plotting to stop Shinra corp. A company that provides the electricity for the major city Midgar by using Mako, a natural resource in the planet. Their first target is a Mako reactor which Cloud needs to take out. As the first mission was a success they try again on another reactor. As the second is destroyed, Cloud doesn’t make it out in time and falls into a church in the slums. He falls on the flowers grown there by the lovely Aeris/Aerith. 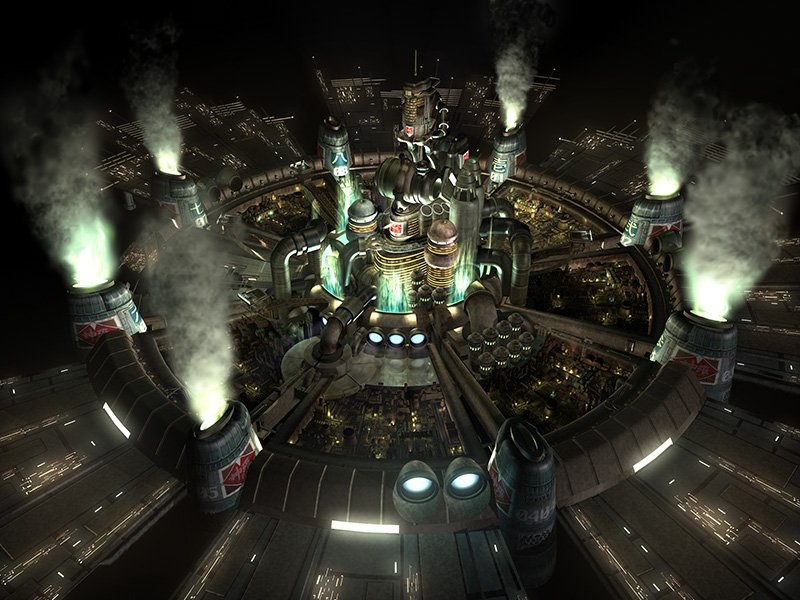 After having a wake up call some of the Shinra people called Turks who want to capture Aeris. After agreeing to become her bodyguard, you have to defend her from them. After the Turks are defeated Cloud takes Aeris to the AVALACHE hideout, which has been found by Shinra, who wants to collapse the roof above their hideout and sector. After being successful destroying the enitre sector Cloud finds out that Aeris has been taken by Shinra. Cloud and Barret goes off to find her, with a friend from Cloud’s childhood Tifa.

At Shinra, the team fights through the Shinra troops to find Aeris but are captured and placed in prison inside the company. After escaping they travel through the building finding Aeris. They find her and discover a red mystical creature called Red XIII. Cloud finds out why Aeris was captured, she is a Centra, the first ever civilisation that live on the planet. The head of Shinra believes a myth that the Cetra can lead him to ‘the promised land’, a place full of wonders. 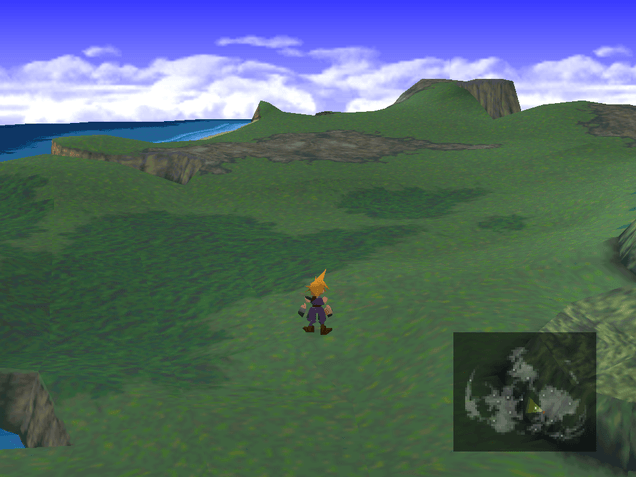 Now the gameplay, it is still essentially the same as previous Final Fantasy games. The Active time battle system is back controlling your every battle taking turns attacking but only after a certain time. Each time you encounter a monster you would be taken to another background and the battle will start. This time you can only control up to three characters, unlike four characters in the other Final Fantasy. Also you are not allowed to change the party’s job or class, so it is always the same.

The big thing in battle is the new customizable system called Materia. Materia lets you customize your weapons and armors with abilities and magic which appear as slots. As you have better weapons and armors, you will have more slots to put your materia in. Killing enemies and bosses can drop materia. Summons return with some favorites including Bahamut, Odin, Ifirit and many more. Also special attacks are back and called Limit breaks and could unleash powerful and deadly attacks. But Limit Breaks can not be executed until the limit bar has been filled, which fills up when you receive damage.

One thing that is noticeable is the graphics. This is the first game in the entire series to be on Play Station, which was on CDs which meant more better graphics could be created. It featured full 3D models during gameplay and better models during Full Motion Videos. It also featured pre-rendered backgrounds, which looks absolutely beautiful. 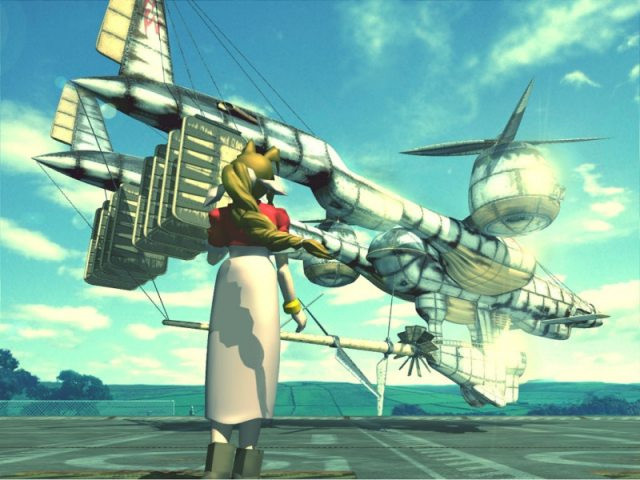 The entire game has been spread over 3 discs with each one about 15 hours in length. The game is very long but has one of the most complicated story with twist & turns everywhere. The story is not the only thing keeping you in the game as there are heaps of mini games such as snowboarding and Chocobo racing. Traveling is the same with two maps, a world map and a town map. In the town map that is where you walk around and interact with other non playable characters in the game. The world map is traveling from town to town with some occasional battles. On the world map you can use other means of transport like chocobos, submarines & jeeps.

My problems with the game are; that when you are to go somewhere you can take up to hours, just to find out where you are meant to go. I got stuck for hours just to find out that i had to go back to my starting point because I missed out on talking to a character. Also the maps are so huge that you would get lost and not know where you are. 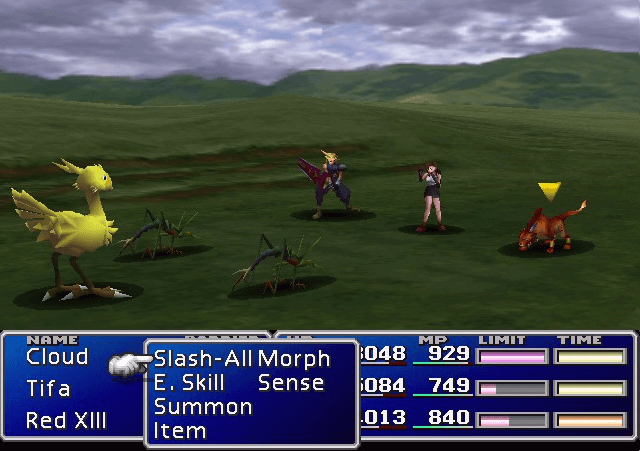 Final Fantasy VII which came out in 1997 is pretty old, but has stunning graphics for its times and has remained one of the best games in the history of gaming. Iconic characters which came be sighted by almost anyone makes this one very clichéd.  But a strong, deep and complicated plot keeps it from blurring out. The music has to be worth mentioning as the most famous or infamous is ‘One Winged Angel’, the music being played when you are facing Sephiroth. Now with Final Fantasy XIII out in a few days so now everything is Final Fantasy. 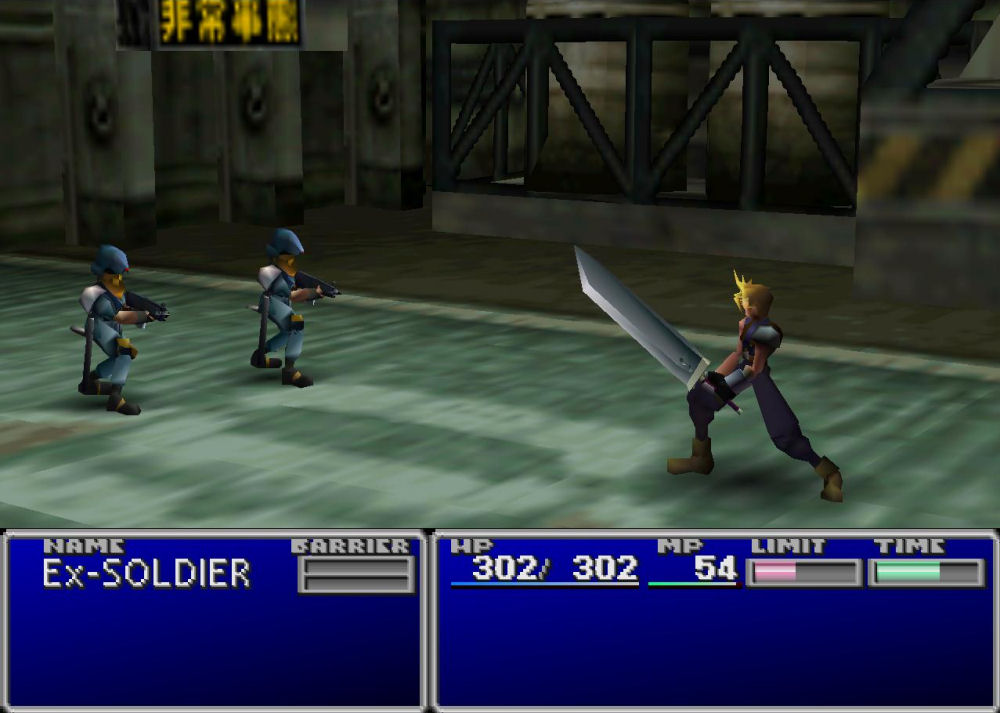 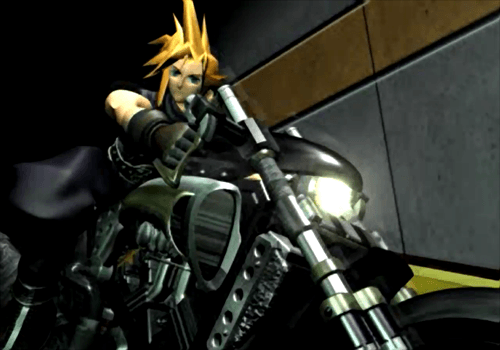 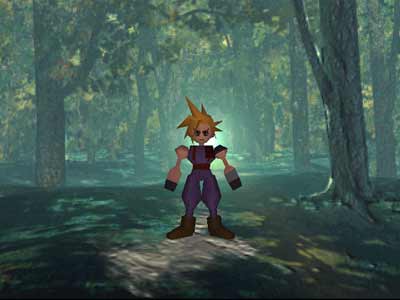 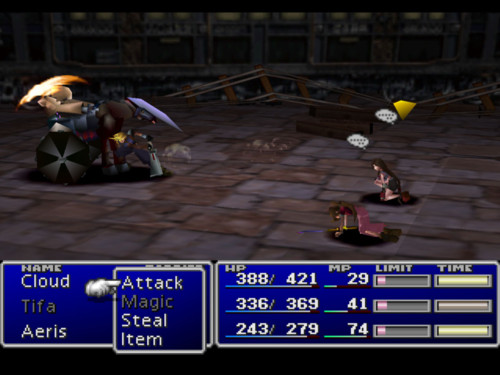