Some more new juicy information about Kyoto Animation’s winter anime Tamako Market, has been added to the anime’s website. Though it seems rather fitting the see these characters seem so similar to K-ON!‘s art style. Since the entire production team are K-ON! veterans. Tamako Market is Kyoto’s Animation’s anime to release during the winter 2012/2013 season. It is also important to note, that Tamako Market is KyoAni’s first original title in 8 years.

Kyoto Animation has also just released Tamako Market‘s second Promotional Video, along with updating their website with new information about the descriptions of the characters as well as character art and who the voice actors/seiyuu are. 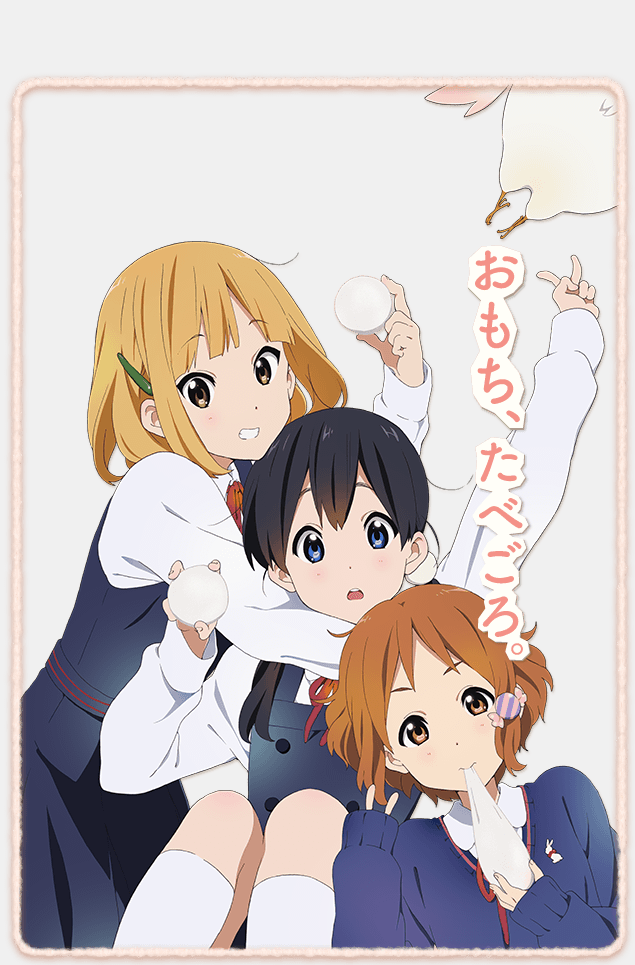 Character descriptions:
Tamako: Main character. Daughter to a mochi storefront owner in the Usagiyama shopping district. Highschool freshman. Bright and cheery, with a warm heart. Member of the badminton team. Loves mochi. Scatterbrained personality, but she has a talent for making perfectly round mochi.

Midori: Tamako’s classmate and childhood friend. Member of the badminton team. Her grandparents own a toy shop in Usagiyama shopping district. Often sticks her nose in Tamako’s business. The lovable tsukkomi

Kanna: Tamako’s classmate. Member of the badminton team. Daughter to a carpenter who receives lots of work in Usagiyama shopping district. Curious about the heights of buildings and constantly surveys them. Does things at her own pace.

And so, here is the second Promotional Video for Tamako Market (note the intended video has been made private):

You can also check out the website here to look at all the new info, here are some character art from the site: 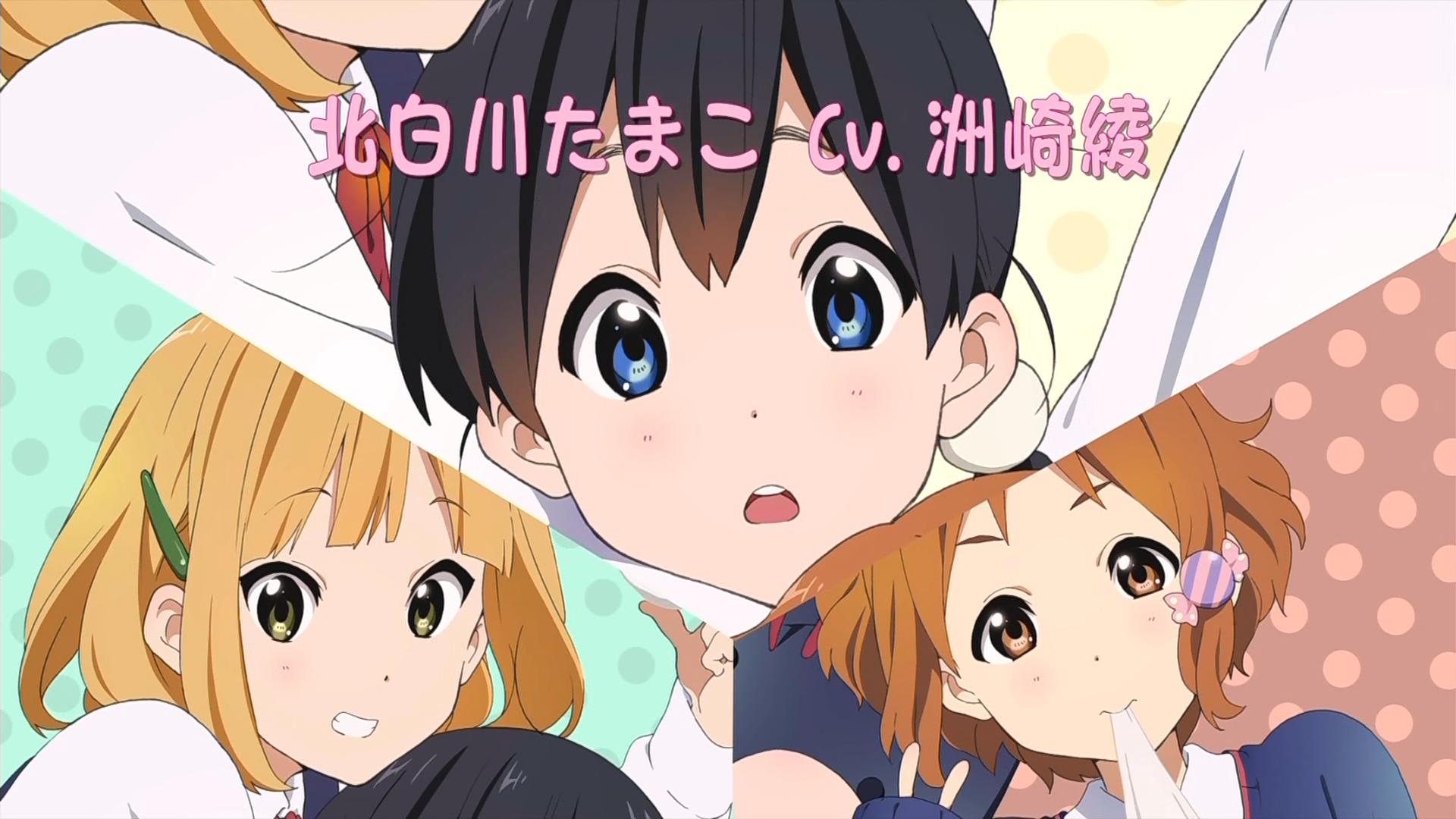 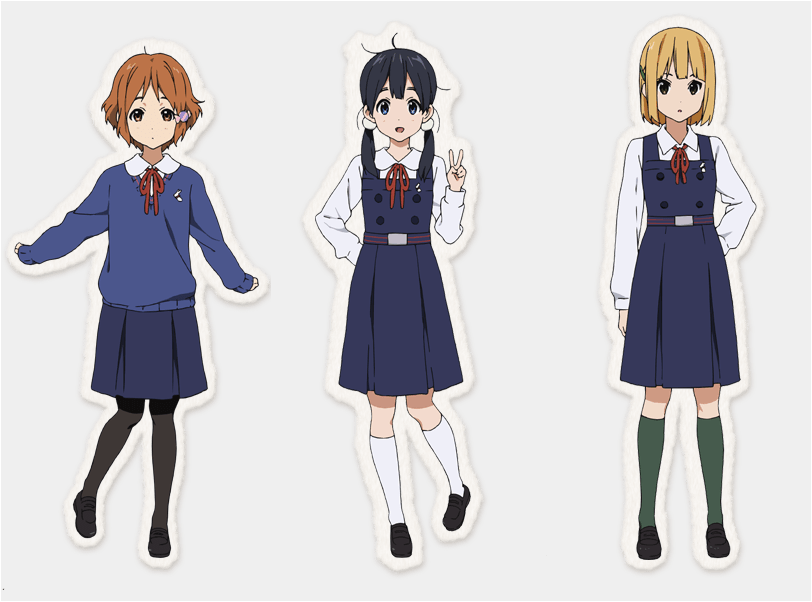 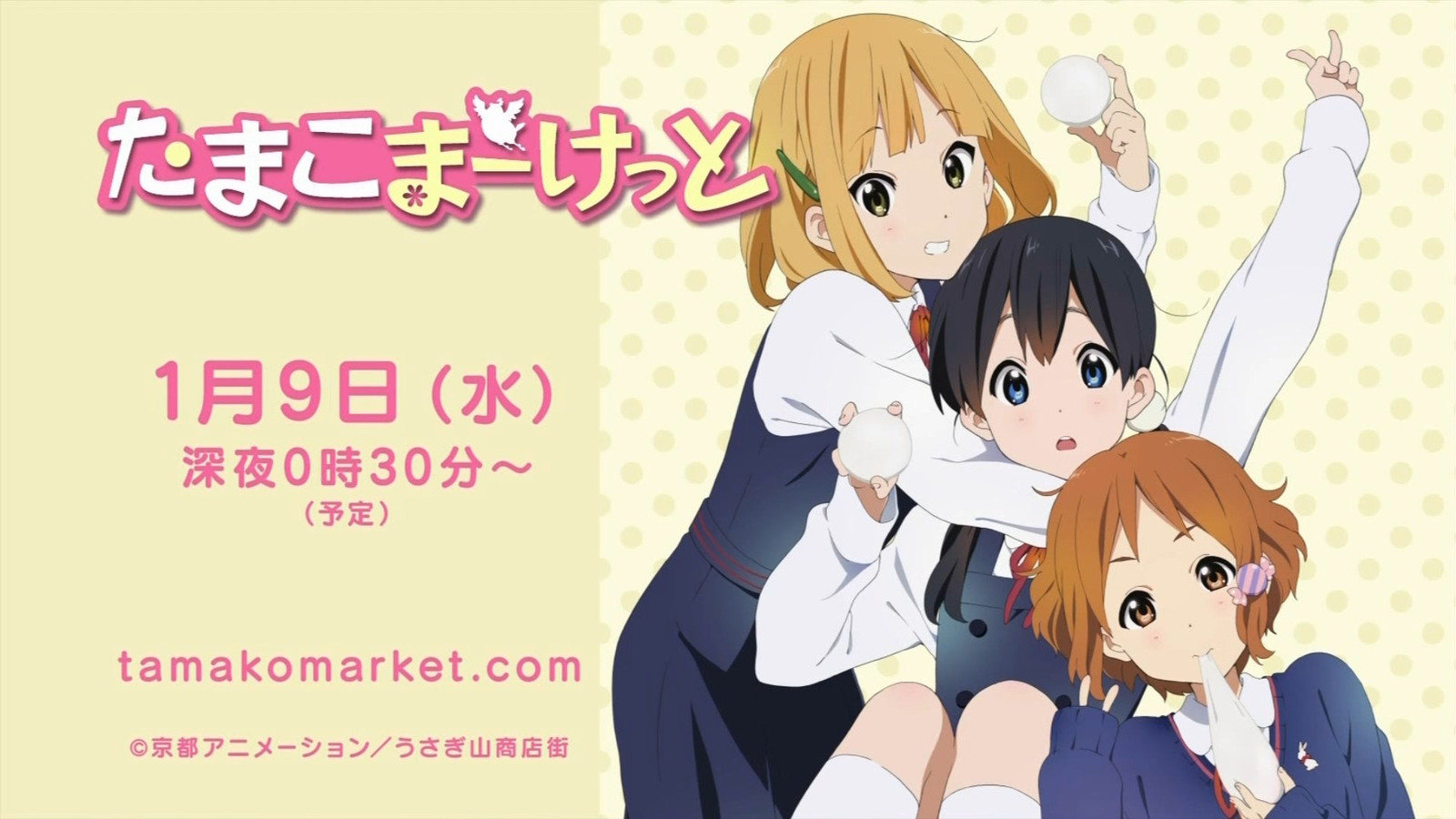