The people at the Awwwnime Subreddit have created their own moe tournament. The Awwnime Subreddit itself is a Reddit subsection completely dedicated to cute moe girls, as described by their tagline : A home for cute anime girls who need hugs.  The tournament has one distinct characteristic: all the contestants were user chosen. And so, over 250 moe characters entered the competition and only one would be crowned the winner. Over the weeks, contestants were eliminated from the competition and more than a few people became butt hurt. Their favourite character didn’t make it. It caused much turmoil and created countless wars. People from dedicated shows’ subreddit started to votes, swaying towards their way. Towards the end of the competition, people got angrier. Then, people gave up. Over 50,000 votes, 250 characters, two months, countless wars and hatred, and some needless propaganda, it is now over. Peace and prosperity can bloom, the Subreddit can once again focus on moe girls who needs hugs. So, who won the great 2012 Awwwni.me Bracket?

Of course, to many who want to hear it: every character in the competition is a winner!!! But also a big applause to Hirasawa Yui, who put up a valiant fight against the Tyrant Eye. Regardless, here are the other results set out in groups. Please also note that one wildcard was also chosen from each group.”Click the images to expand them in a new window” 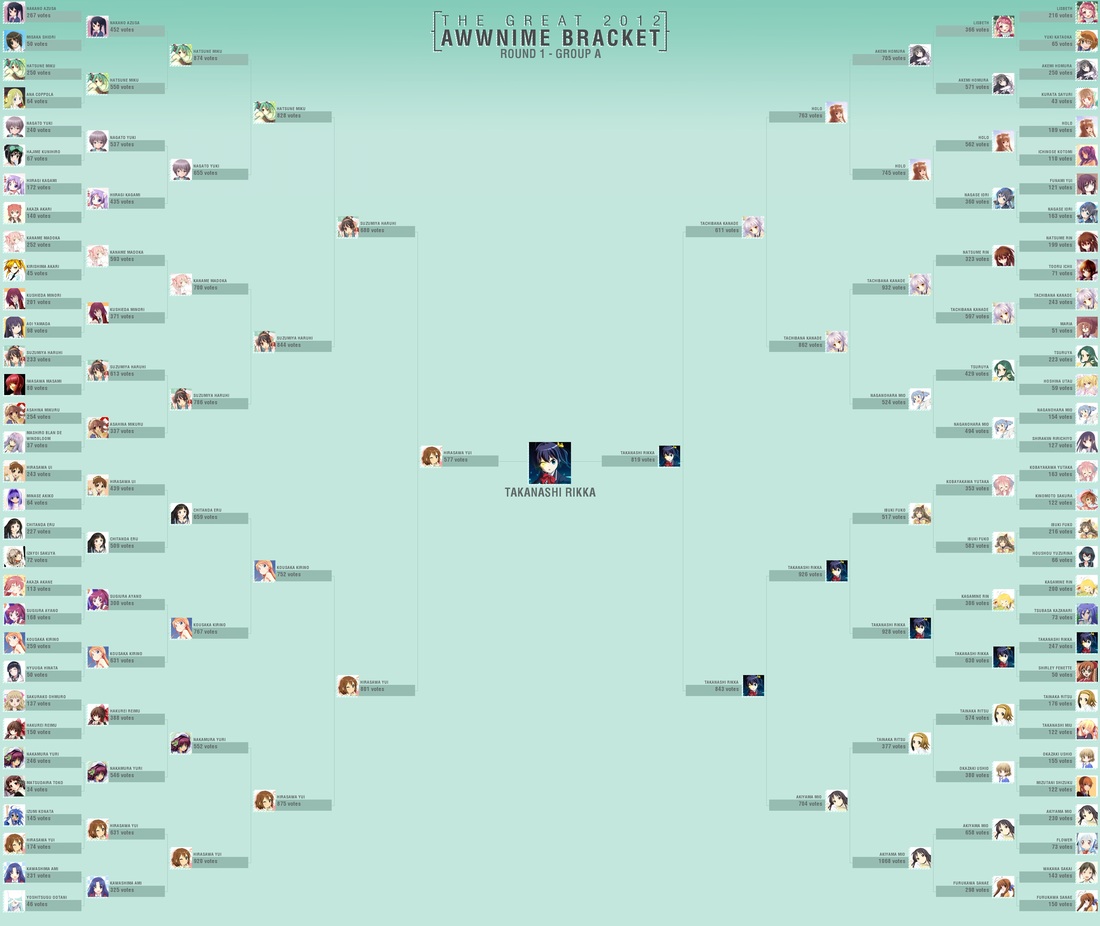 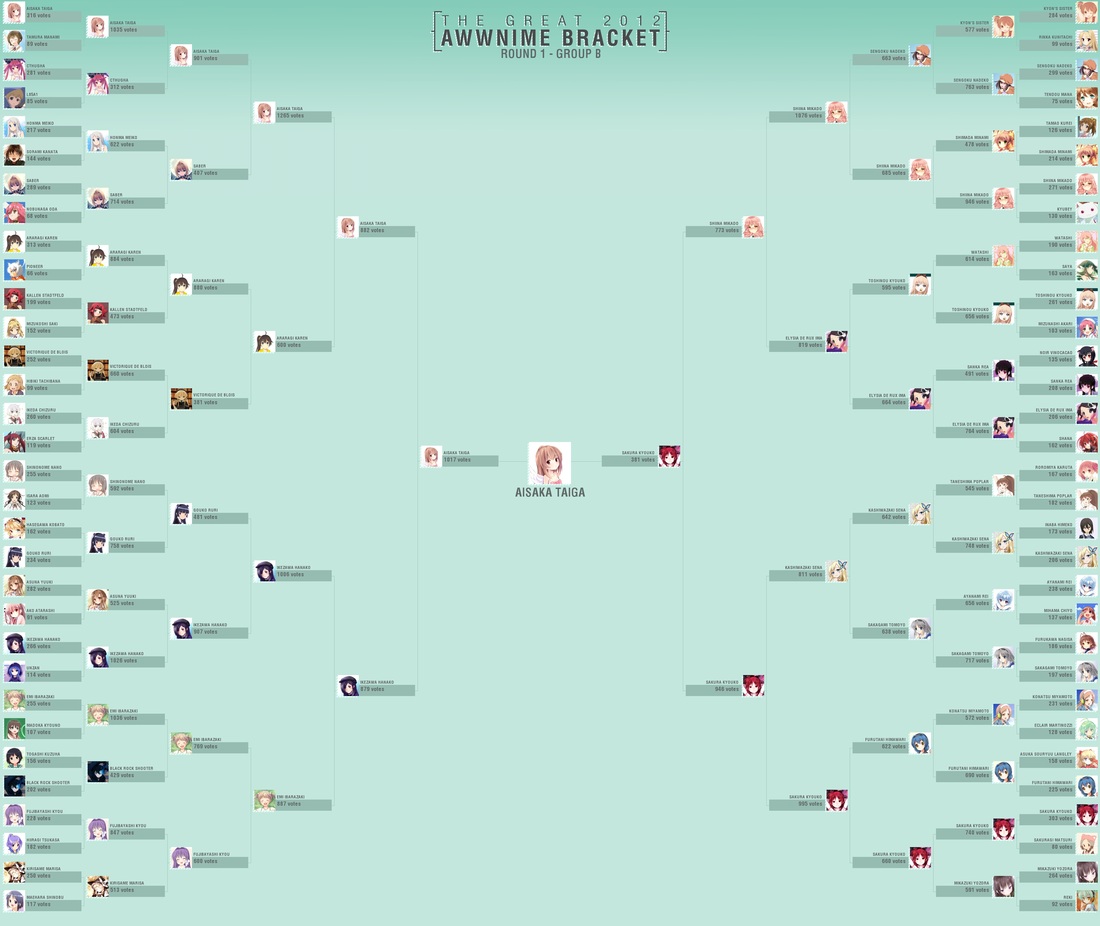 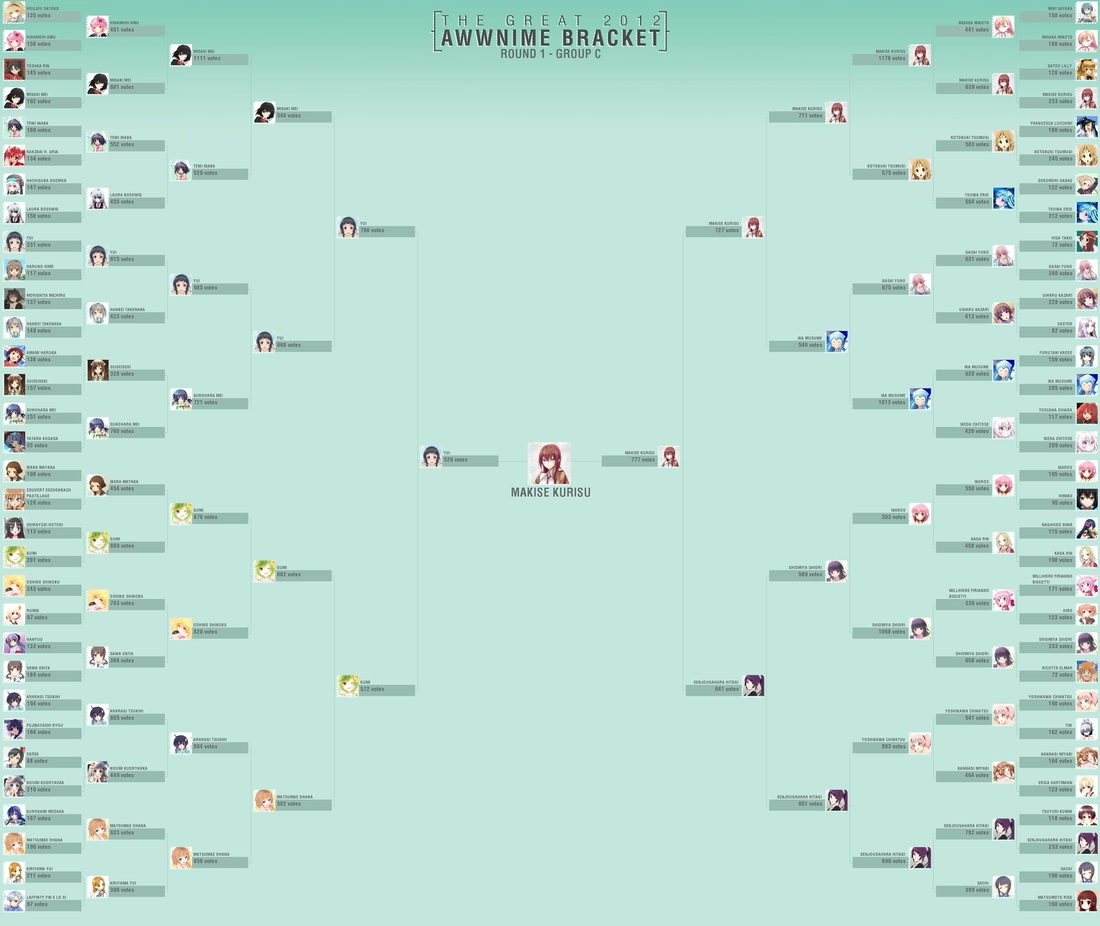 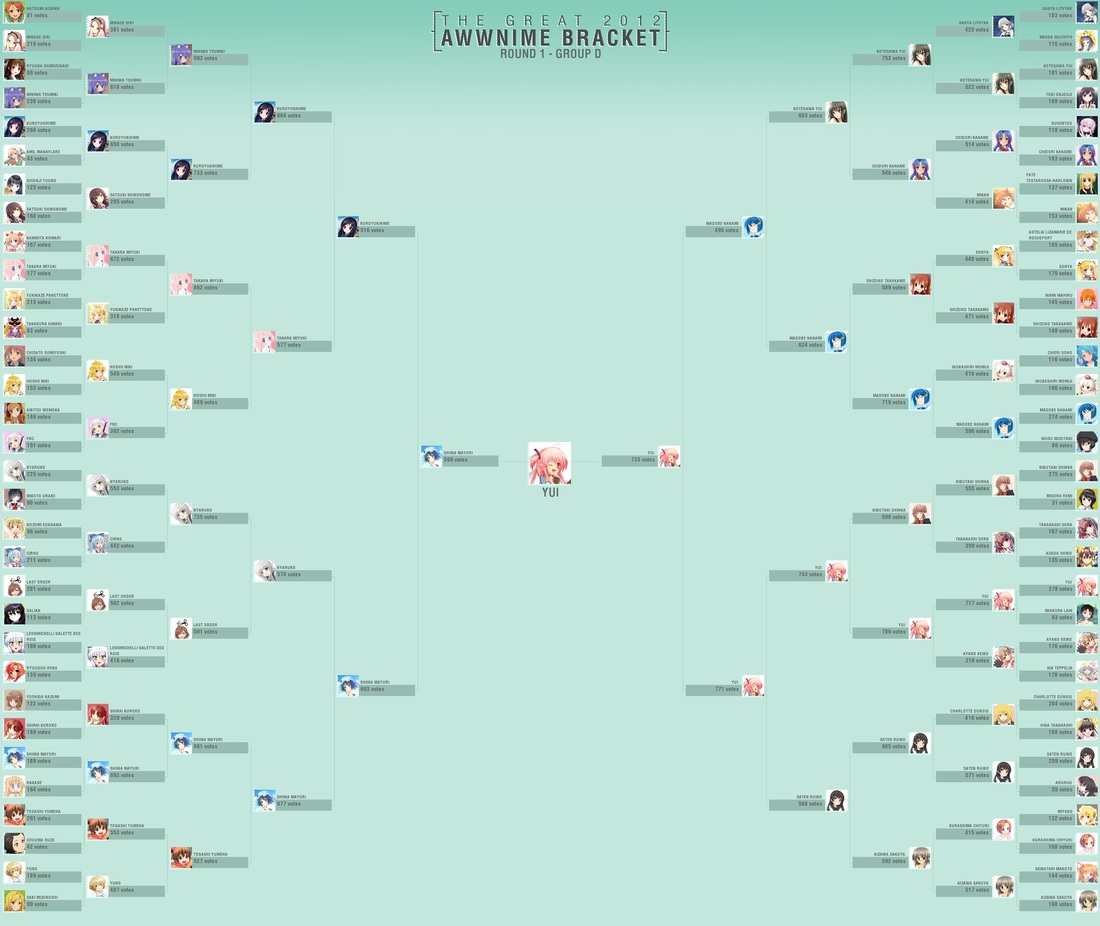 Also, a massive thanks to dxprog who spent time creating this competition, setting it up and doing all the coding! Great stuff man. Anyways, now that the bracket is over, its time to relax for the festive season and get ready for the possible 2013 Awwni.me Bracket!