It has been revealed, though unofficially, that an anime adaptation of The Disappearance of Nagato Yuki-chan is currently in production. The news was revealed visiting the Haruhi website via an android device. The current main site is down at the time of reading but visiting it on an android reveals a link to the Docomo Anime Store, shown below. 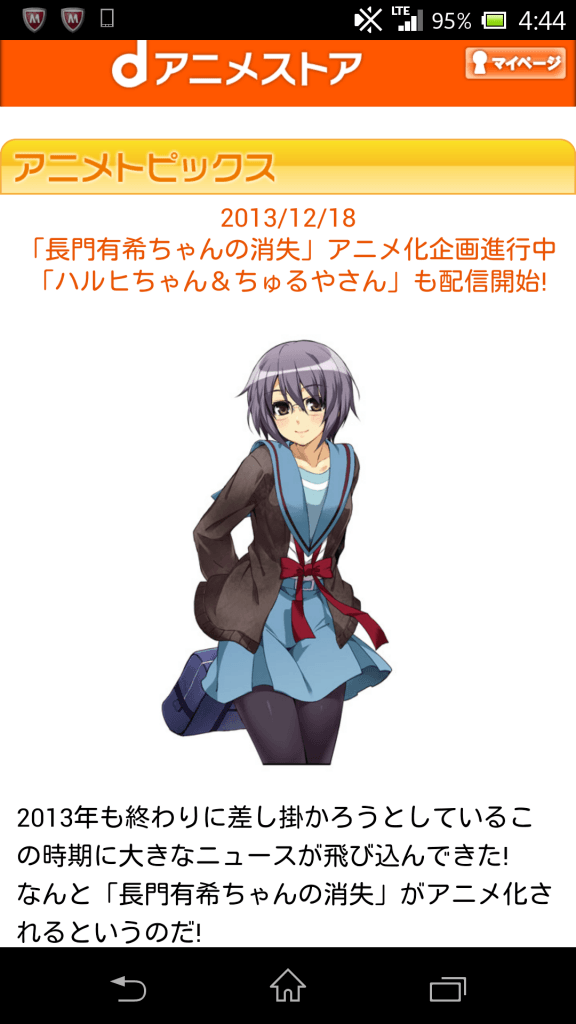 The anime has been reported to air in April 2014. Additionally, another series titled The Jump of Asahina Mikuru will also air during that time. Information on both these anime is scarce. There is also mentions of the two other spin-off shows in the Haruhi franchise, The Melancholy of Haruhi-chan Suzumiya and Nyoron Churuya-san, which will be broadcasted on the Docomo Anime video service. 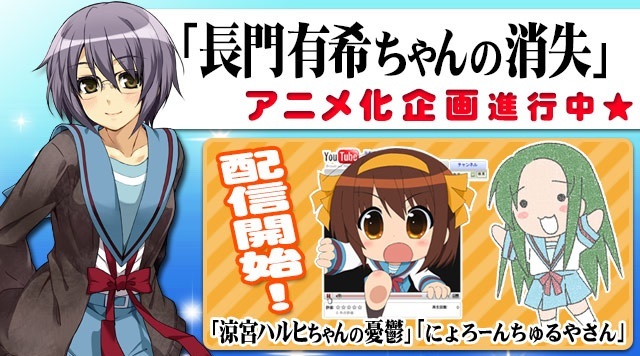 The Disappearance of Nagato Yuki-chan is a spin-off manga in The Melancholy of Haruhi Suzumiya franchise, where it stars the eponymous character Yuki Nagato. The series takes place in the alternate universe established in The Disappearance of Haruhi Suzumiya. The series is drawn by Puyo with the story by series creator himself Nagaru Tanigawa, and started in February 2010. To date, the series has a total of 5 volumes with the 6th volume releasing on December 26th this year.

There is very little information regarding the anime announcement of The Disappearance of Nagato Yuki-chan, including whether or no Kyoto Animation will produce it. In regards to the franchise, the last light novel was released in 2011, with the english localisation releasing last month, which was published by Kadokawa Shoten who also own the licence to the franchise.