The game will contain 100 playable characters with some original characters drawn by Masashi Kishimoto himself. The game will be playable at next month’s Jump Festa event. It is unknown if the game is a following title to Ninja Storm 3 or a spin off game similar toNinja Storm Generations. Additionally, you can see Naruto and Sasuke performing a “secret technique”. 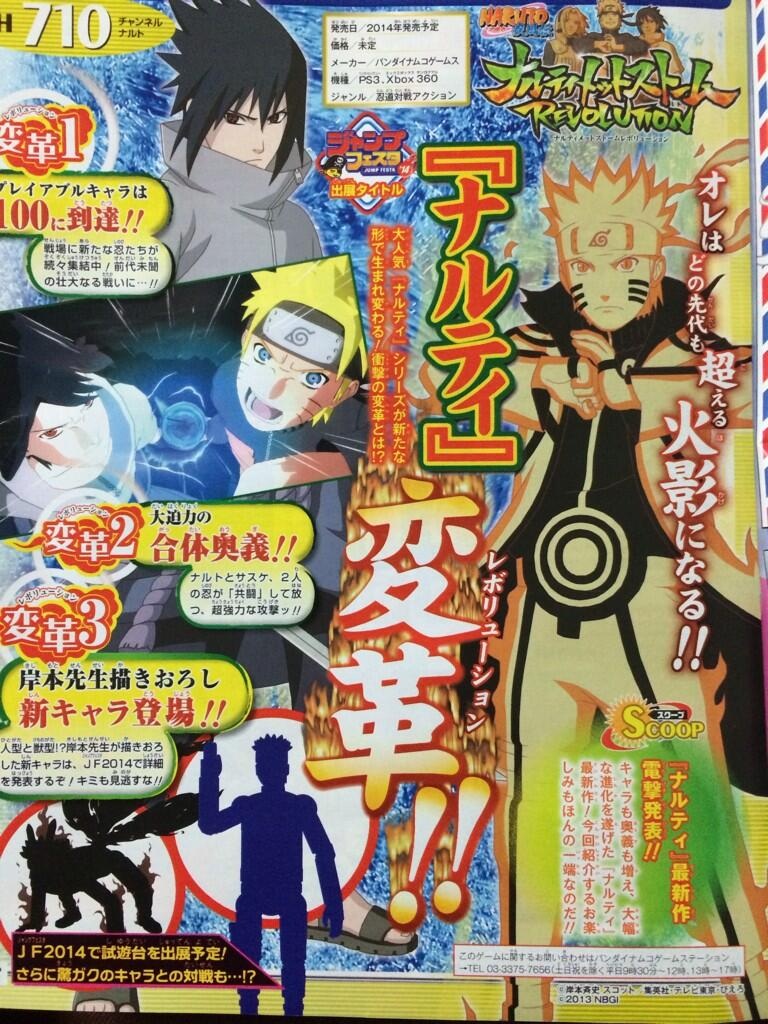