There was an announcement earlier in the year that Naoshi Komi’s romantic comedy manga, Nisekoi, will be receiving an anime adaptation. The adaptation has been confirmed to release in January next year during the 2013/2014 Winter anime season. In addition to the anime announcement, the main cast members and production team of the upcoming anime has been confirmed. The Nisekoi anime will be produced by SHAFT, known for the Bakemonogatari and Puella Magi Madoka Magica series.

From SHAFT, will be Akiyuki Shinbo who will be directing the series, and Nobuhiro Sugiyama design the characters. Shinbo is the main director at SHAFT directing many of the studio’s top anime. Sugiyama has worked as character designer on many anime series in the past, such as Arakawa Under the Bridge and ef: a tale of melodies.

The main cast members are as follows: 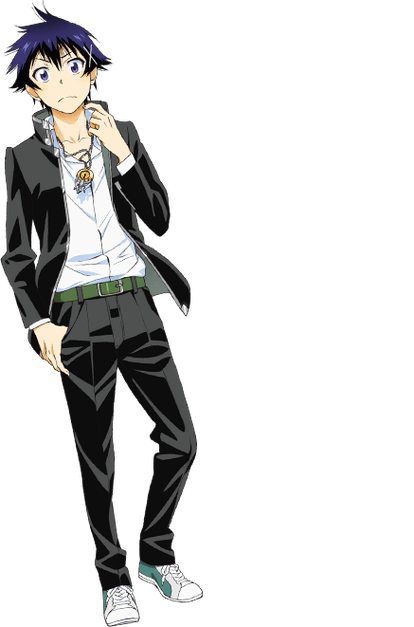 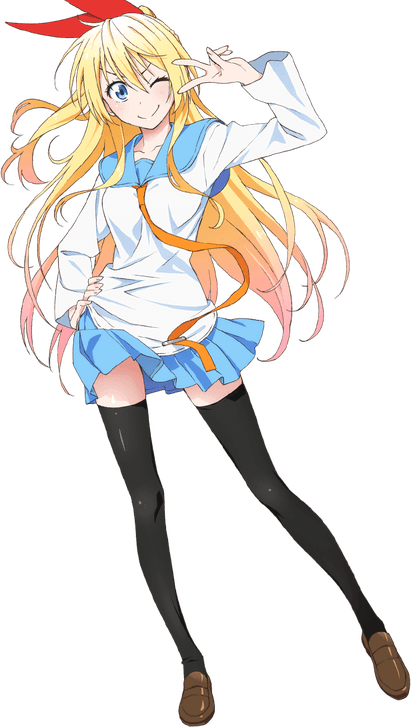 Nao Toyama (Kanon Nakagawa in The World God Only Knows) will play as Chitoge Kirisaki. 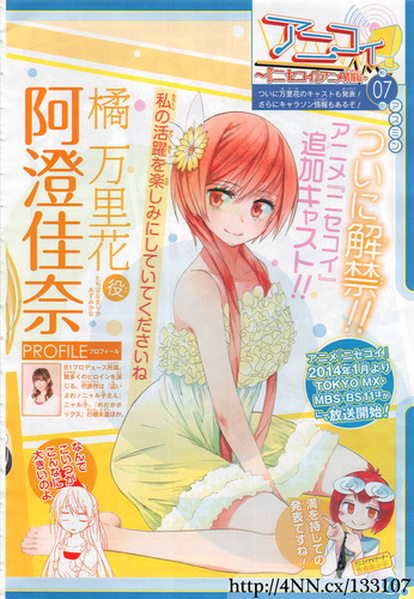 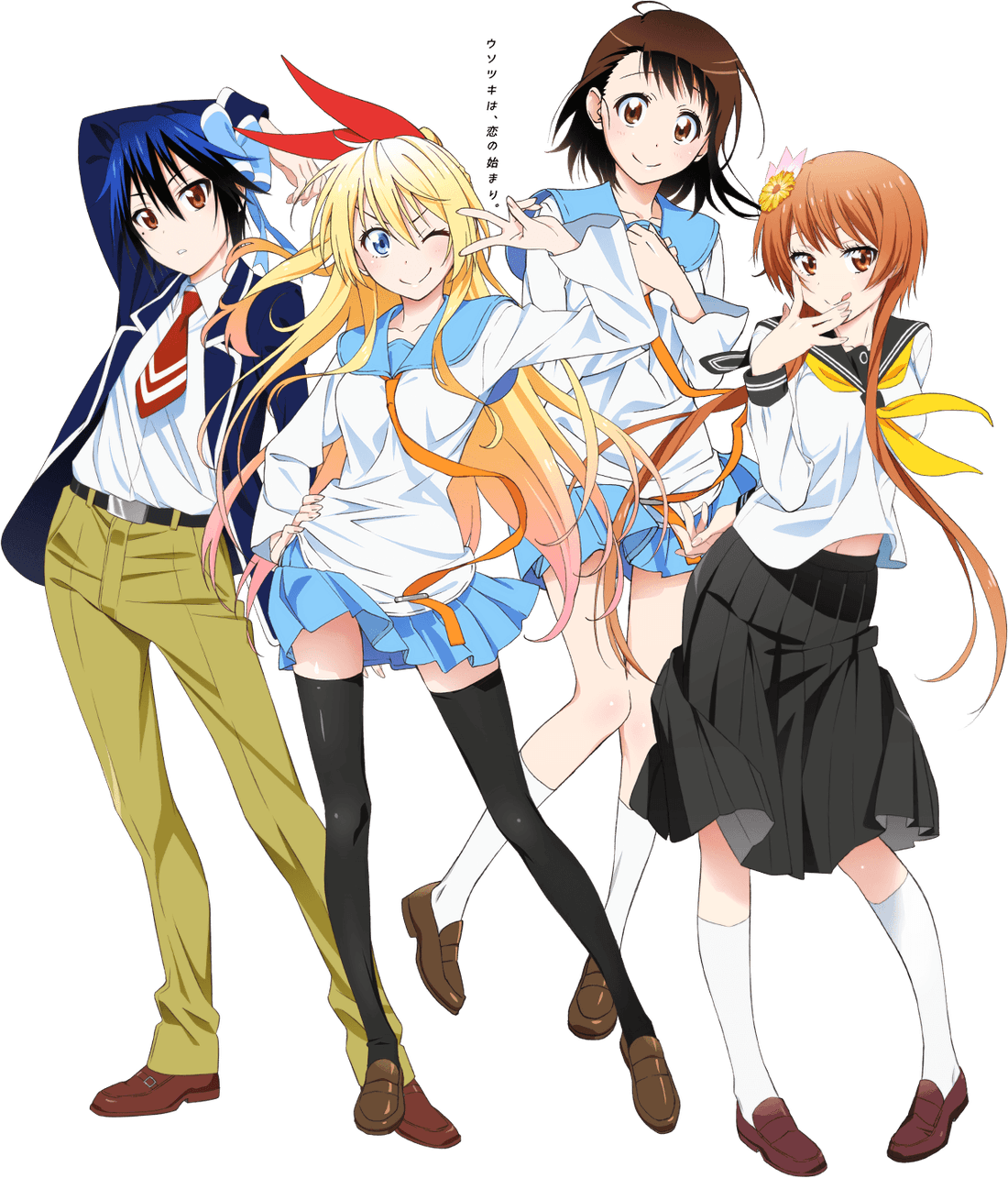 You can also check out these two magazine scans that detail the characters and the story of Nisekoi itself. 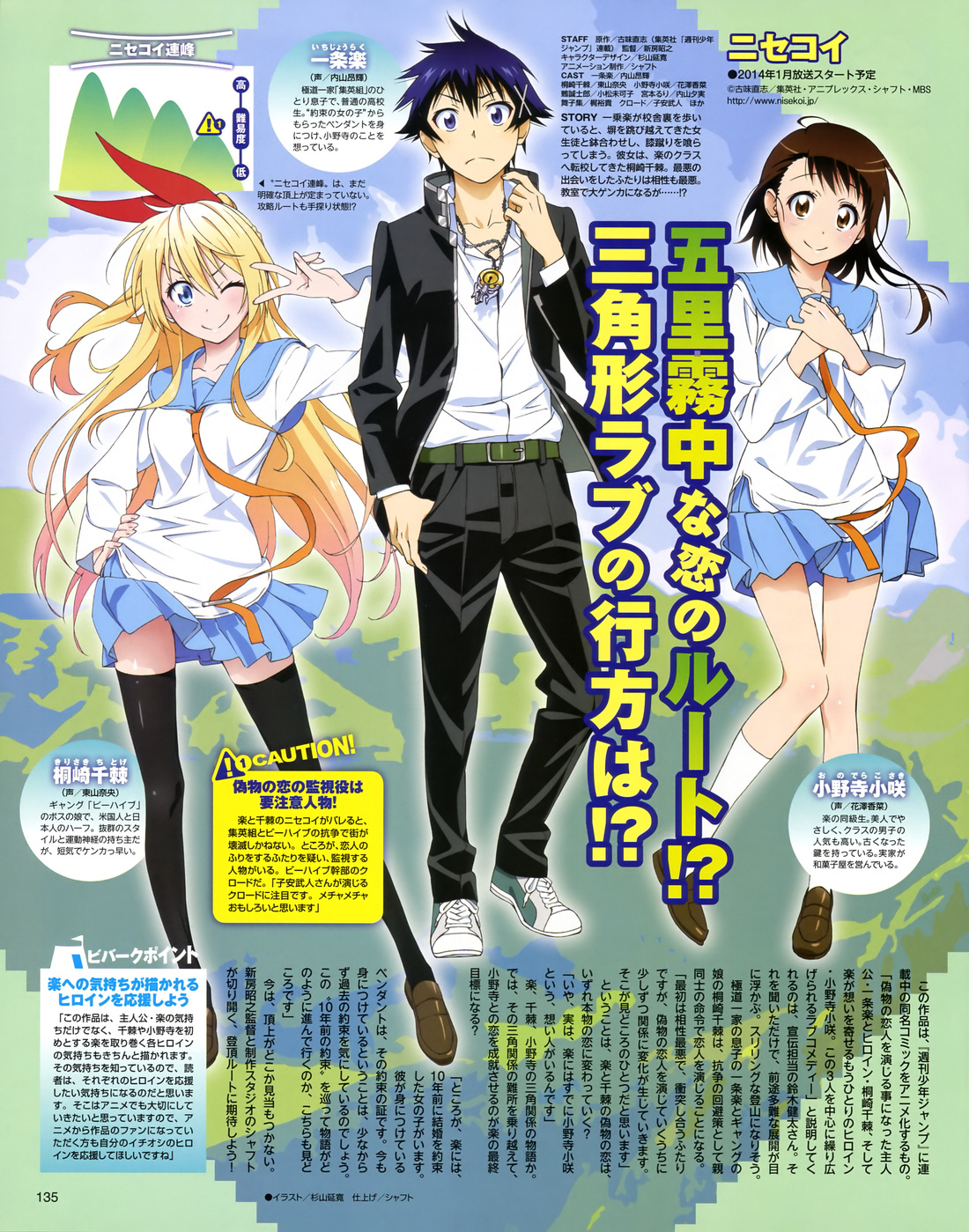 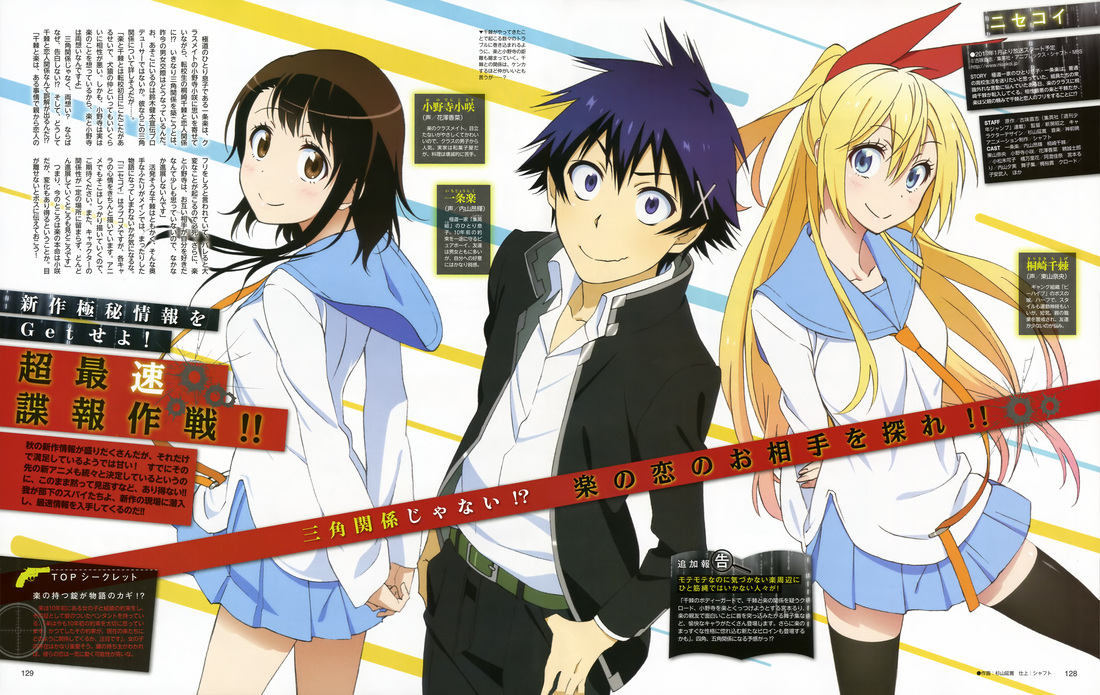 The Nisekoi manga started off as a one shot series by Naoshi Komi in January 2011. Komi then released the manga as a series later on in the year, when it appeared in Weekly Shonen Jump. Since 2011, 9 volumes have been released for the romantic comedy and a voiced comic has also been published. Viz Manga has also picked up the series late 2013 for English localisation, announcing that the chapters would be translated and released in Viz’s Weekly Shonen Jump Alpha. Viz will also release a localised version of the first volume in early 2014.

Here is a plot synopsis of the manga and soon to be anime, from MAL:

The Nisekoi anime adaptation will release in January 2014. In the meantime you can visit the series’ official website here: http://www.nisekoi.jp/