The collectors edition for One Piece: Pirate Warriors 2 has been revealed for European countries by Bandai Namco Games Europe. The game will come with both a standard edition and this collectors edition, which comes with a 14cm figurine of Luffy that is sculptured by Keiji Iwakura and produced by Banpresto. 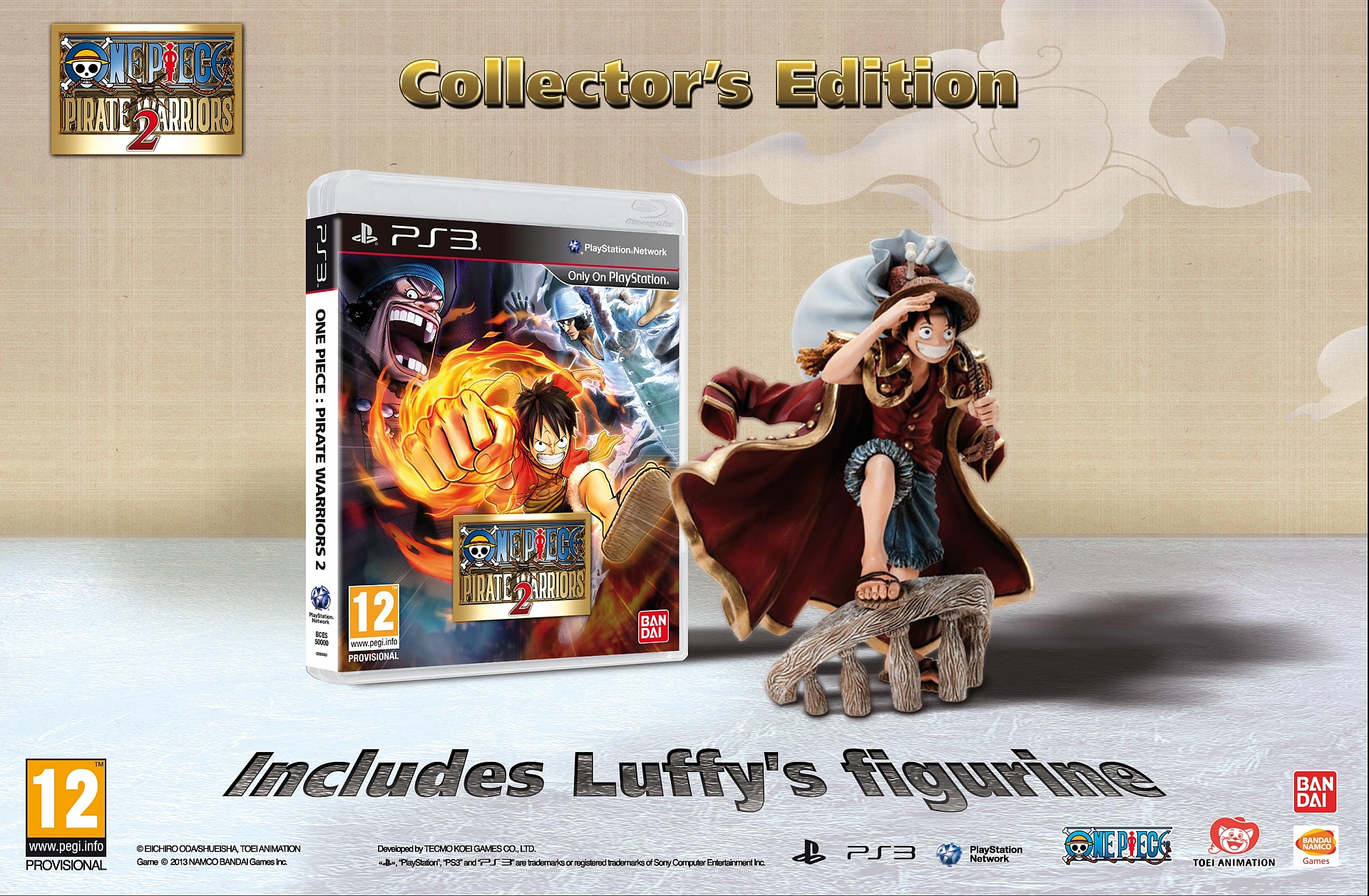 One Piece: Pirate Warriors 2 is developed Omega/Tecmo Koei, and is an action adventure game similar to the Dynasty Warriors series, but set in the One Piece world. Pirate Warriors 2 will feature a host of new characters including a new mode called Pirate Log, which allows players to join a three way fight between the pirates, the marines and Straw Hat crew. The game follows the Straw Hats as they venture off into the new world Skypiea and fight against Eneru.

One Piece: Pirate Warriors 2 will be releasing on the PlayStation 3 in August this year.