The Sd the official Steins;Gate website to include some new information including a release date for Steins;Gate Fuka Ryouiki no Deja Vu! The film is set to release in Japanese cinemas on April 20, 2013 and features a brand new original story by the creators of the anime adaptation. 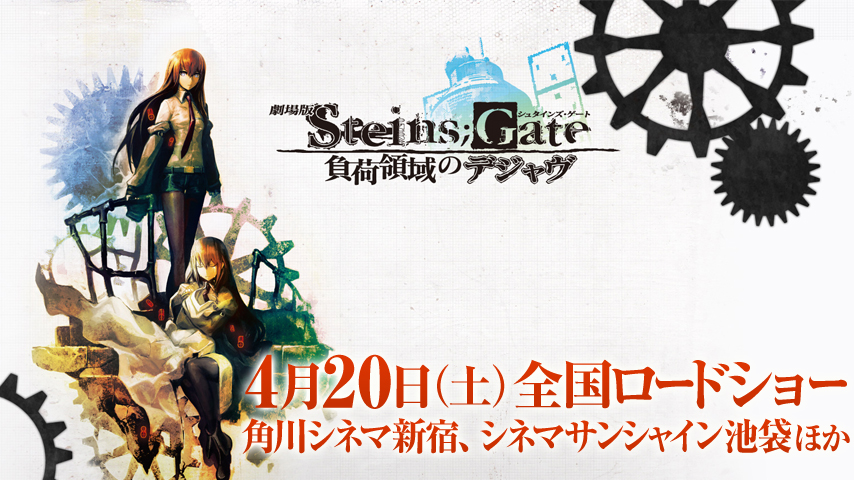 Steins;Gate started off as a Visual Novel by 5pb for the Xbox 360 in 2009, where it has been ported to numerous platforms such as PC and IOS. Since then, the game has received numerous manga adaptations, a successful anime adaptation by White Fox, this film and a sequel game coming in spring this year.