The ever so popular light novel series, and anime series, The Melancholy of Haruhi Suzumiya has been renowned for its narrative and art style. The illustrator of the novels is Noizi Ito, who designed everything from the characters to the background to the writer’s, Nagaru Tanigawa, description. Noizi Ito is a pretty well known female artist in Japan, illustrating and designing the characters for many popular series such as Shakugan no Shana and a many video game titles.

Regardless, Ito has revealed the cover for her new artbook, which features the three main female characters of the Haruhi series: Mikuru Asahina, Yuki Nagato and Haruhi Suzumiya. 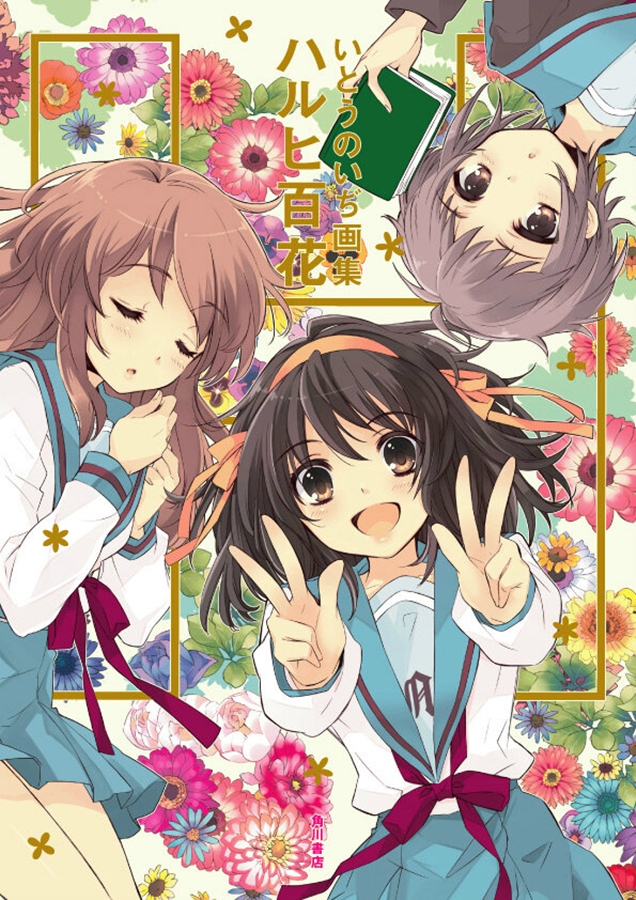 While I’m still waiting on news for season 3 of the anime, any fan of the series, Ito’s work or artists should grab this artbook and be in awe from her wonderful work.