Coming to a TV (or computer) near you this Summer, is the revealed third season of The World God Only Knows. It has been announced that the series will air in July this year. The World God Only Knows (Kami Nomi zo Shiru Sekai) will continue off where the last season finished, based on the original manga by Tamiki Wakaki. There was also an OVA announced with the third season but no further information has been revealed since. 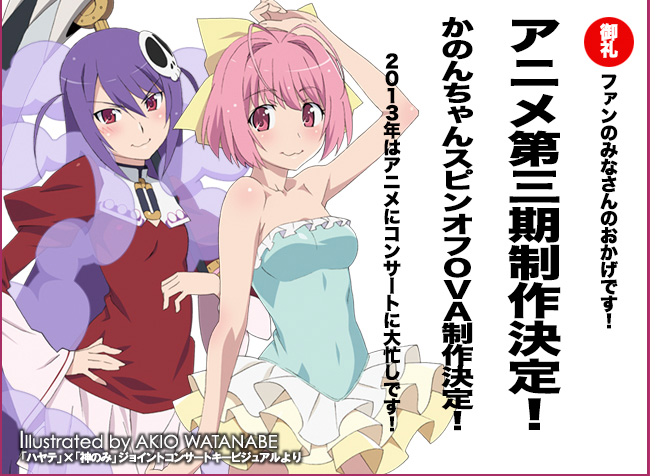 If you haven’t seen either seasons of the anime or want to get in the know-how here is a synopsis from MAL:

Keima is a dating sim champion. Cute girls are rendered powerless by his irresistible game playing techniques. Too bad things aren’t that way in the real world. That is, until his tempting game playing causes a real live—and very bubbly-cute—demon hunter named Elsie to materialize! Now Elsie wants Keima to help her free hot girls from sneaky demons who secretly possess them.

The Summer season itself seems packed full of highly anticipated anime such as the new Sailor Moon reboot and second season ofHighschool DxD. The third season of The World God Only Knows will once again be animated by Manglobe, who produced the previous two seasons and OVAs.