Aniplex USA has just released an English subtitled version of the commercial of upcoming second cour of the Aldnoah.Zero anime has released online. This commercial reveals a little of the story and does contain certain spoilers for the anime’s first half. The video also previews the anime’s Ending theme, Genesis performed by Eir Aoi. The Opening of the upcoming series will be &Z by SawanoHiroyuki[nZk]:mizuki, who also performed the anime’s first OP. The series will mark the return of Ei Aoki (Fate/Zero, Girls Bravo) as director and A-1 Pictures (Sword Art Online, Fairy Tail) and Troyca producing the anime. The anime’s main cast will also return to voice their respective characters, with Kensho Ono as Slaine Troyard (Tetsuya Kuroko from Kuroko’s Basketball) and Sora Amamiya (Akame in Akame ga Kill!) as Asseylum Vers Allusia.

Aldnoah.Zero will return to air in January during the Winter 2014/2015 anime season. Additional information about the second cour of the anime will be revealed soon.

Here is the visuals released for the upcoming anime so far: 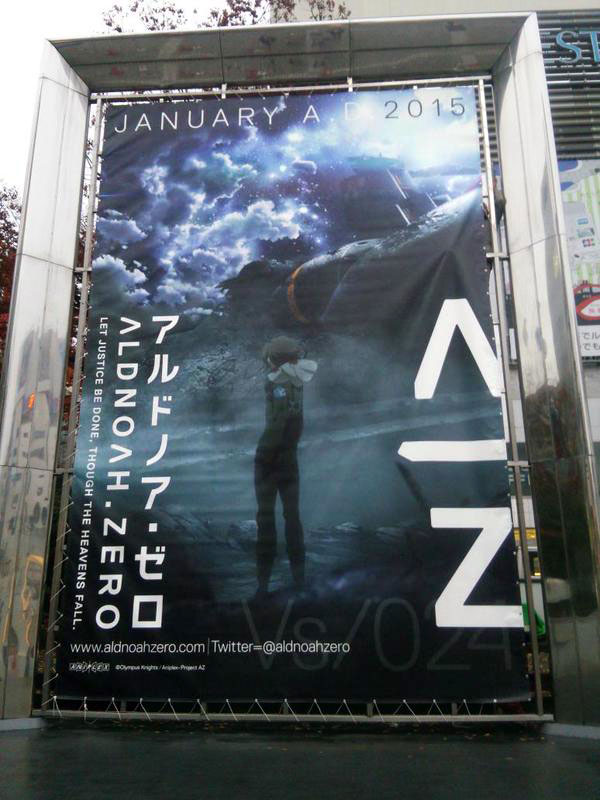