In a recent issue of Dengeki PlayStation and Famitsu, it has been revealed that a new rhythm game based on a popular Vocaloid character is currently in development. This new game will focus on the Vocaloid IA, and is titled IA/VT Colorful (also known as IA Visual Tracks Colorful). It has also been announced that Kenichiro Takaki, the producer of the game Senran Kagura, is working on the game. The game will be releasing on the PlayStation Vita in Japan this July.

IA/VT Colorful will be developed by Marvelous AQL, who also published Senran Kagura, and will be the second Vocaloid game on the system after Hatsune Miku -Project DIVA- f. The game will feature slightly different mechanics from traditional rhythm games; the player must move the analog stick in the direction shown, whilst also pressing the correct buttons at the same time. There will also be a more complex scoring system, rather than the standard “Nice”, “Great” and “Perfect”, the game will give unique feedback for each action. 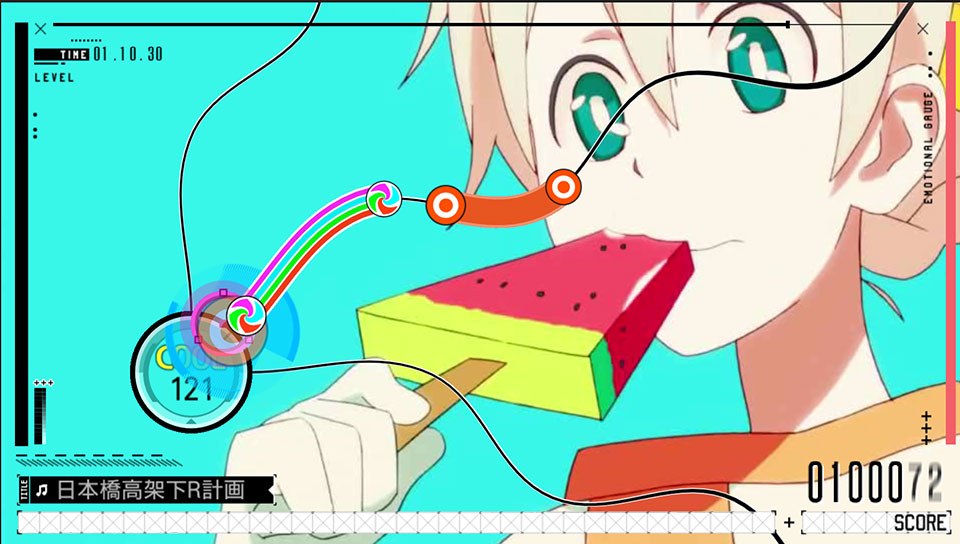 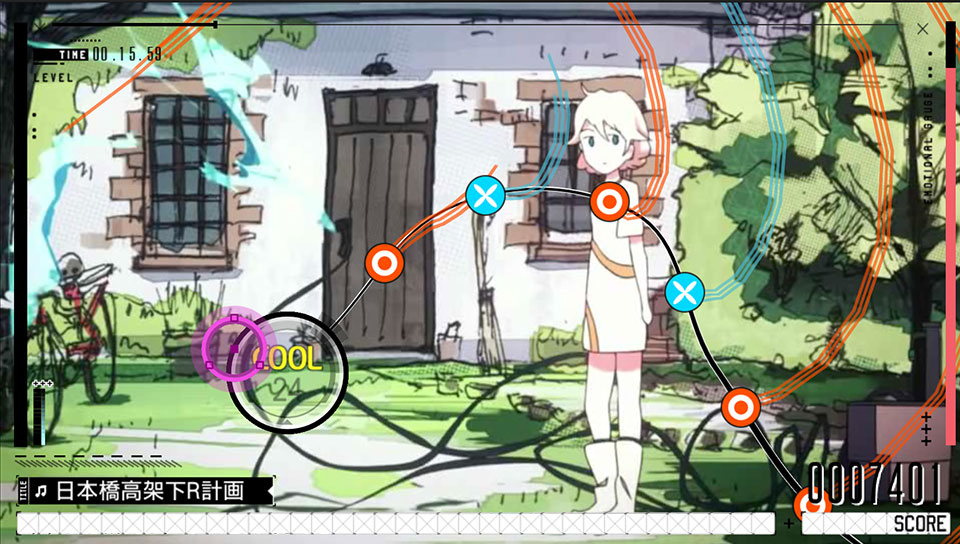 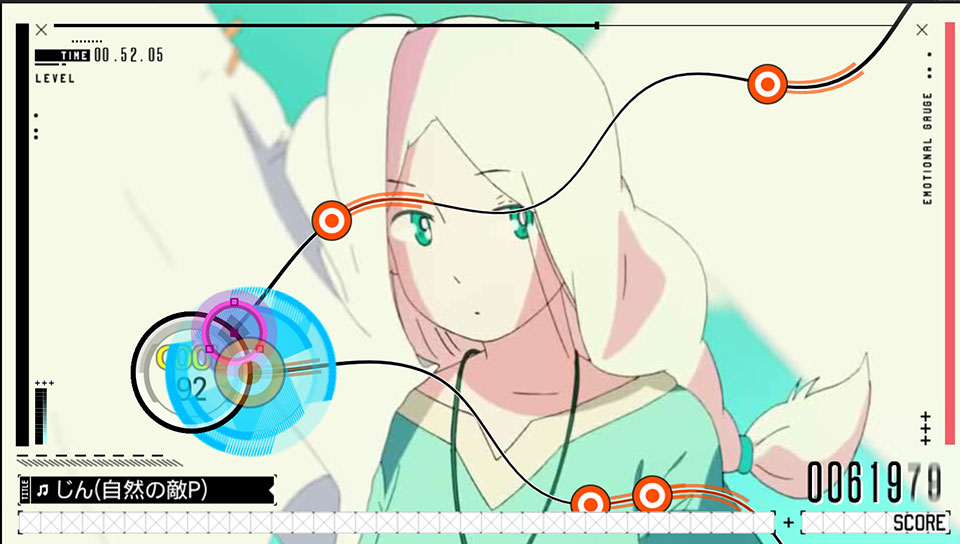 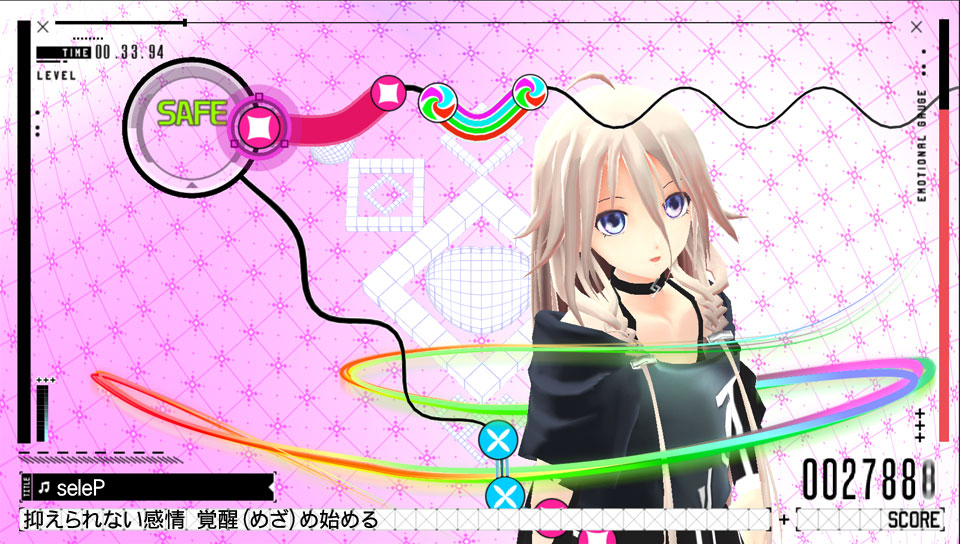 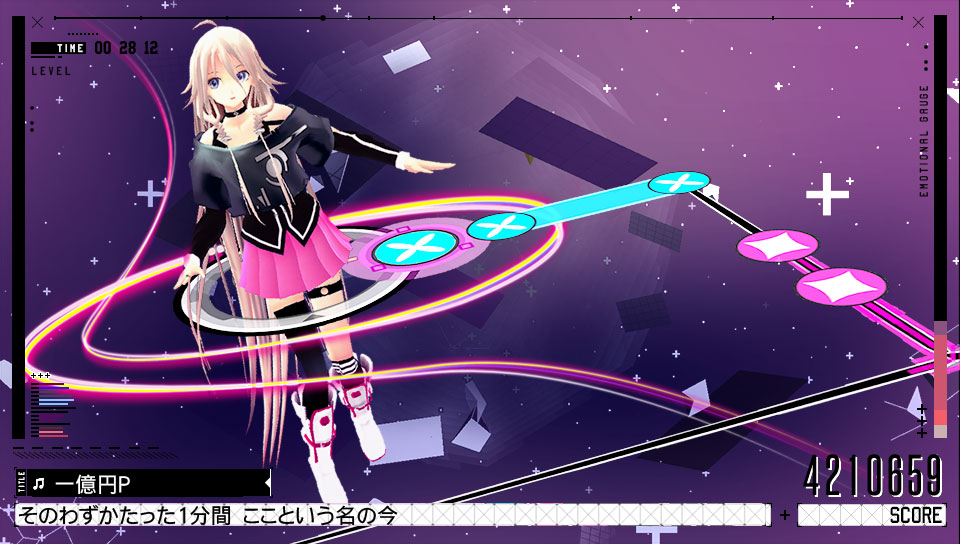 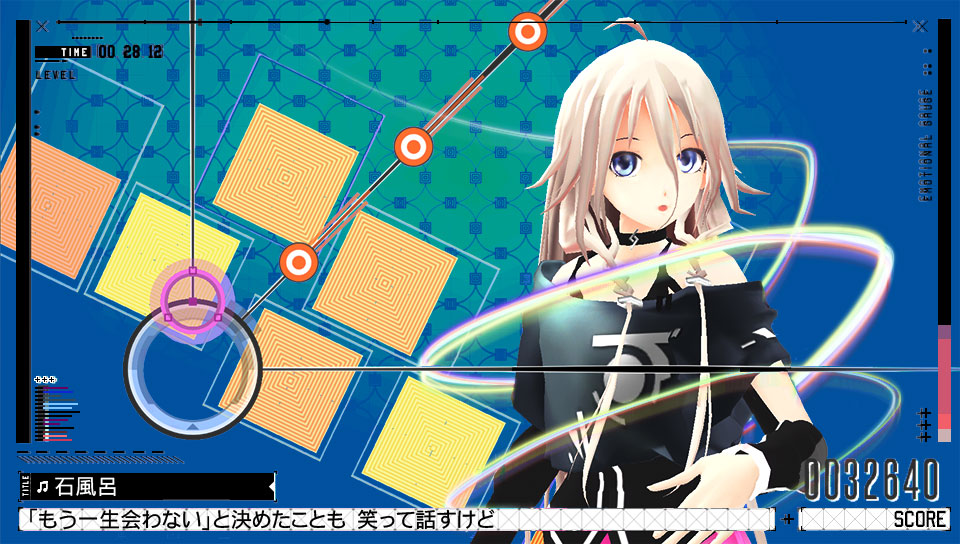 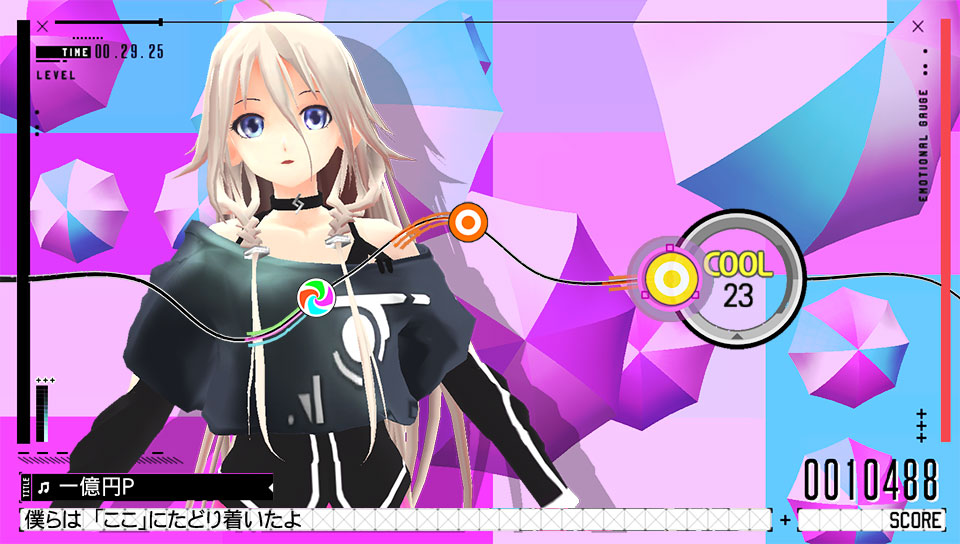 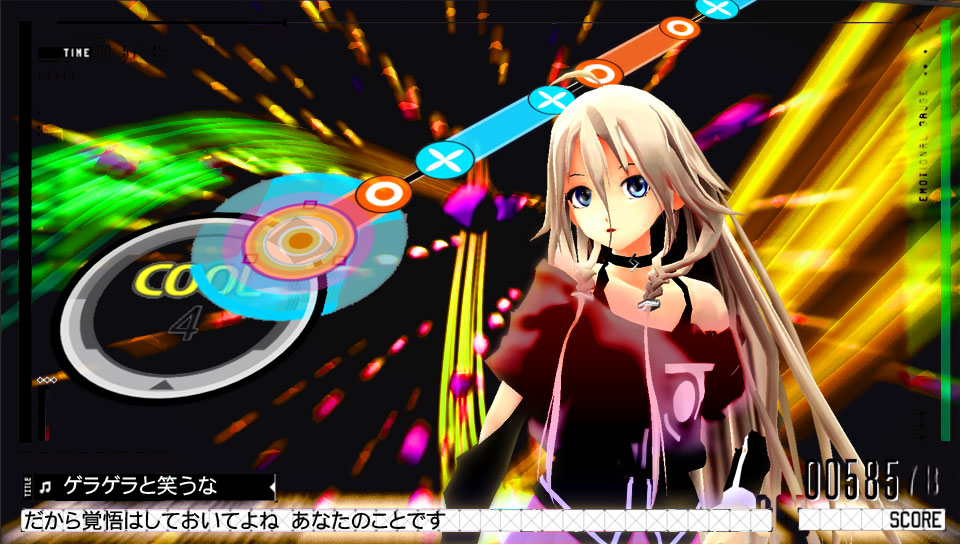 It has been confirmed that there will be 60 songs featuring IA, from the albums IA/01 Birth and IA/02 Color. Here is a short list of the confirmed songs: IA is a recent addition to the Vocaloid software lineup. Debuting in January 2012 for Vocaloid3, the latest Vocaloid engine, IA was developed by 1st PLACE with the voice being provided by the popular  singer Lia (IA being taken from her name). IA has received notable popularity, being the first Vocaloid3 to reach over a million views on Japan’s most popular streaming site Niconico. She has also been featured on clothing, as a PVC model, performing in concerts and even sponsoring a race car. IA/VT Colorful will be out in Japan on the PlayStation Vita on July 31st. There has been no information regarding an international release. Producer Takaki has announced that the game will feature DLC after the game’s release.

You can also check out the game’s official website: http://ia-vt.maql.co.jp/