Further information about the OVA will be released at a later date. 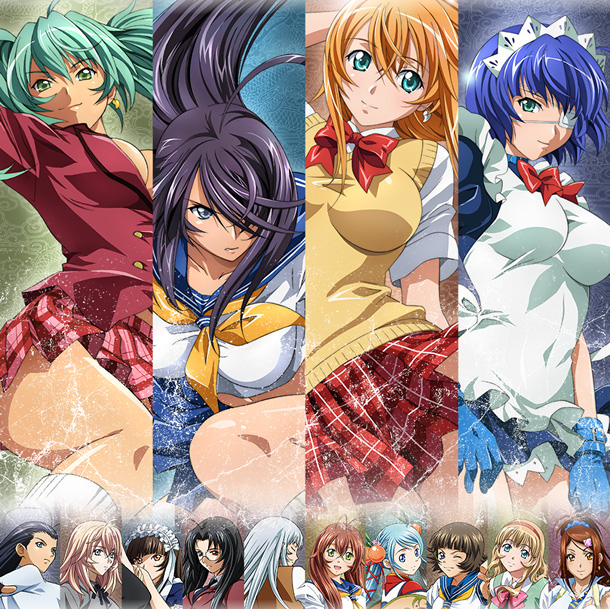 Ikkitousen (Battle Vixens) is a manga series created by Yuji Shiozaki. The series is loosely based on the story of Romance of the Three Kingdoms, but is set in modern day Japan. The manga was first published by Wani Books in its Comic GUM magazine in 2000, and to date has a total of 22 volumes. The first anime adaptation was produced in 2003 by studio J.C. Staff. Since then three more anime series were produced, as well as a special. Additionally, multiple games and a few online radio shows based on the series were produced.

Loosely based on the novel ‘Romance of the three kingdoms’, modern day Japan sees a similar struggle for power between different rival schools with the three strongest being; Kyosho Academy led by Sousou Moutoku, Nanyo Academy by Sonsaku Hakufu and Ryuubi Gentoku from Seito High School. Together these three tousei, each with their own mangatama, fight for the honour of becoming ikki tousen and fulfilling their fated destiny through battle and conquest.