In last month’s issue of Houbunsha’s Manga Time Kirara Max magazine, it announced that there will be a collaboration between Yui Hara’s Kiniro Mosaic and Koi’s Gochuumon Wa Usagi Desu Ka? manga for the publication’s 10th anniversary. The 10th anniversary issue has released with the special collaboration cover, drawn by both authors. 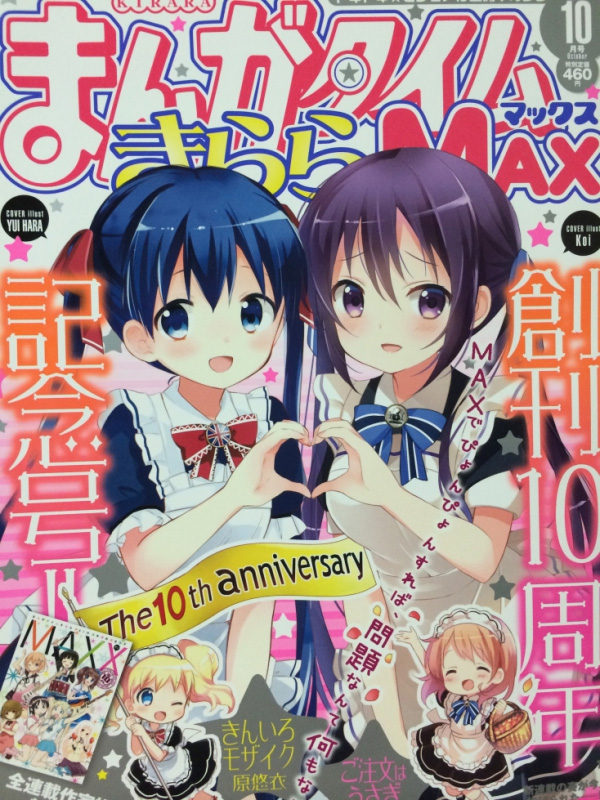 The 10th anniversary issue of Manga Time Kirara Max is the October issue and is bundled with a bunch of goodies. There will be special illustrations in the magazine featuring characters from: Yui Hara’s Kiniro Mosaic, Koi’s Gochuumon Wa Usagi Desu Ka?, Cherry Arai’s Ichigo no sui haita soda, Shouko Iwami’s Shogakusei no Atama no Naka, Purapa’s Idol Seiyuu Kamimura to Mari 17-sai, and Kashmir’s o Hon no Juunin, all of which are published in Manga Time Kirara Max.

There will also be a booklet containing special illustrations from the 27 artists and authors whose manga are published in the magazine, congratulating the magazine for 10 wonderful years.

Here is the cover of the booklet: 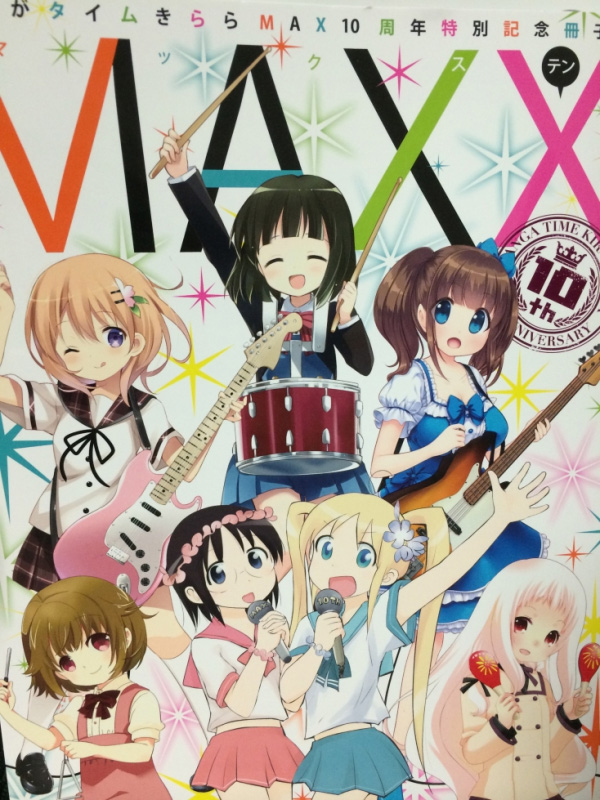 The 10th Anniversary issue of Manga Time Kirara Max is currently available for purchase from Amazon Japan for ¥460 (~ $4.60 USD). For more information about the issue and its contents, visit the magazine’s official website: http://www.dokidokivisual.com/magazine/max/