Late last year there was an announcement that a new Naruto film was in production and will release this year for the franchise’s 15th Anniversary. The recent issue of Shueisha’s Weekly Shonen Jump has revealed information on the film, including its release date of December 6, and its title: The Last -Naruto the Movie-. 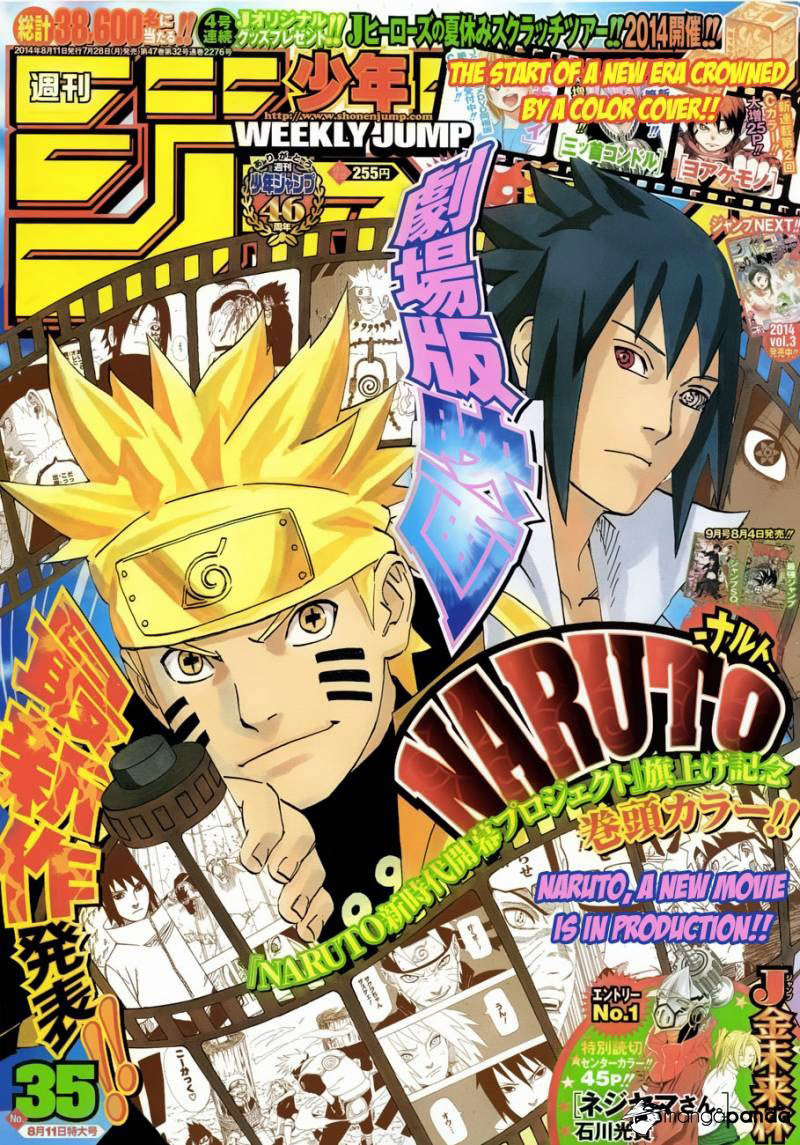 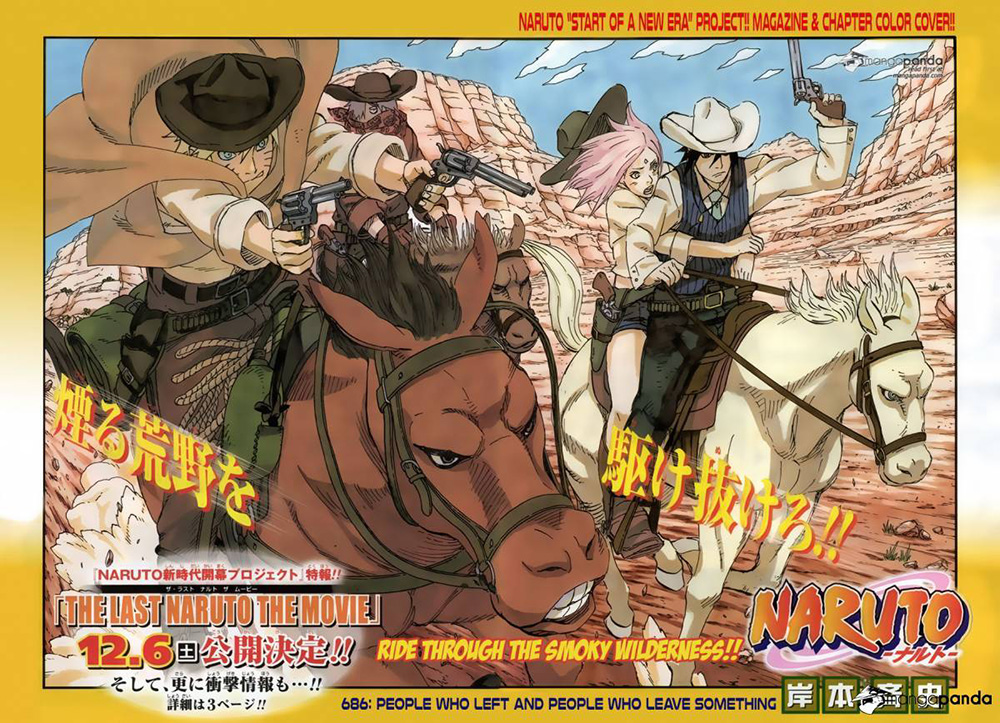 The Last -Naruto the Movie- will be the 10th movie in the Naruto franchise, following the three Naruto films and the sixth Naruto Shippuden films. The upcoming 2014 movie will be part of a new greater project in celebration of the 15th anniversary of Naruto. The project itself is the Naruto Shin Jidai Kaimaku Project (Naruto’s New Era Opening Project) where additional other projects will be announced soon.

The movie is the first to have a year beak, after having a movie released each year since 2004 till 2012. Masashi Kishimoto, the manga’s creator will have a larger role in producing the film. He is credited with original story, character designs and chief story supervisor. He will also be designing new characters for the film, including a new redesigned and mature Naruto. 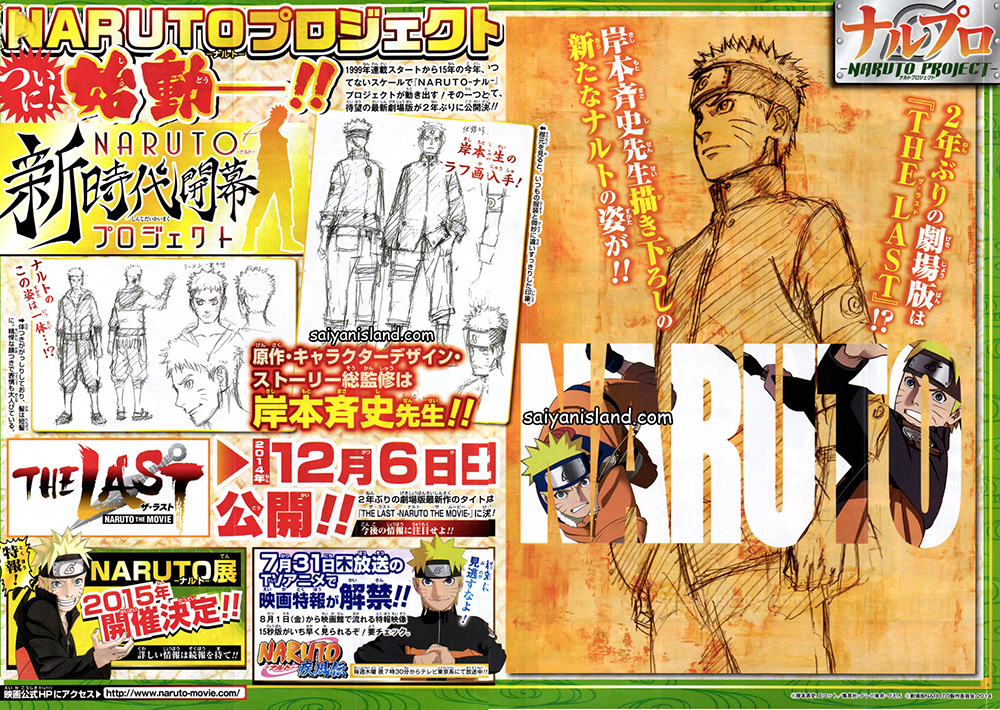 The first teaser for the film will release in next week’s episode of Naruto Shippuden, where the first full trailer will screen in Japanese theatres from August 1st. Additionally, a Naruto Exhibition was announced and will open in Japan next year. The official website of the Naruto Movies has updated with a countdown timer to Monday.

The reveal of the film comes after a teaser posted on the Weekly Shonen Jump website last week, where it was revealed an important announcement was to be made this week. 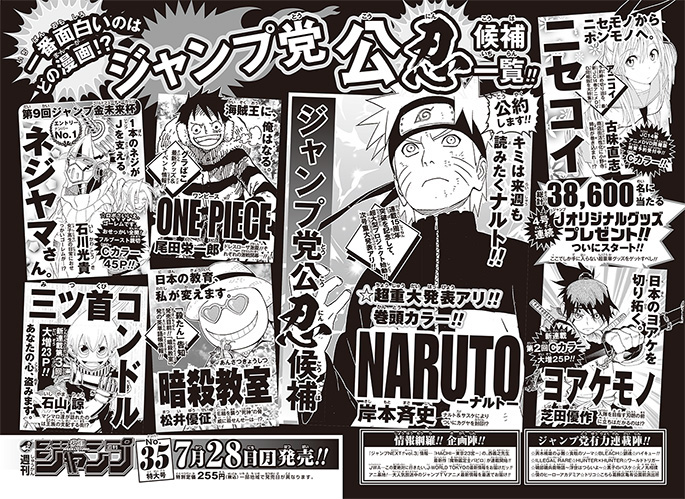 Naruto is an original manga series created by Masashi Kishimoto. The manga began in 1999 in Shueisha’s Weekly Shonen Jump magazine, where to date a total of 69 volumes have released. Since its debut the manga has sold over 130 million copies in Japan alone. The series has also received two TV anime series adaptation, covering the manga’s two parts: Naruto and Naruto Shippuden in 2002 and 2007 respectively. Both series were produced by Studio Pierrot. Additionally, a total of 9 anime films have released to date and numerous OVAs and specials. A light novel spin-off was produced by Masatoshi Kusakabe and released in 2002. Today, the franchise is one of Japan’s most renowned and one of the most popular anime/manga series outside of Japan.

The Last -Naruto the Movie- will be out in theatres in Japan on December 6 this year. The first teaser will air with next week’s episode of Naruto Shippuden. Further information about the movie will release in future issues of Weekly Shonen Jump.