It was announced at the recent Pri Para x Pretty Rhythm Christmas event that a second season of the Pri Para has been green lit and is currently in production, scheduled for a April 2015 broadcast. Additionally, a film adaptation was also announced and will be releasing in Japan in March next year. The first visual for the movie was also released on the film’s website. 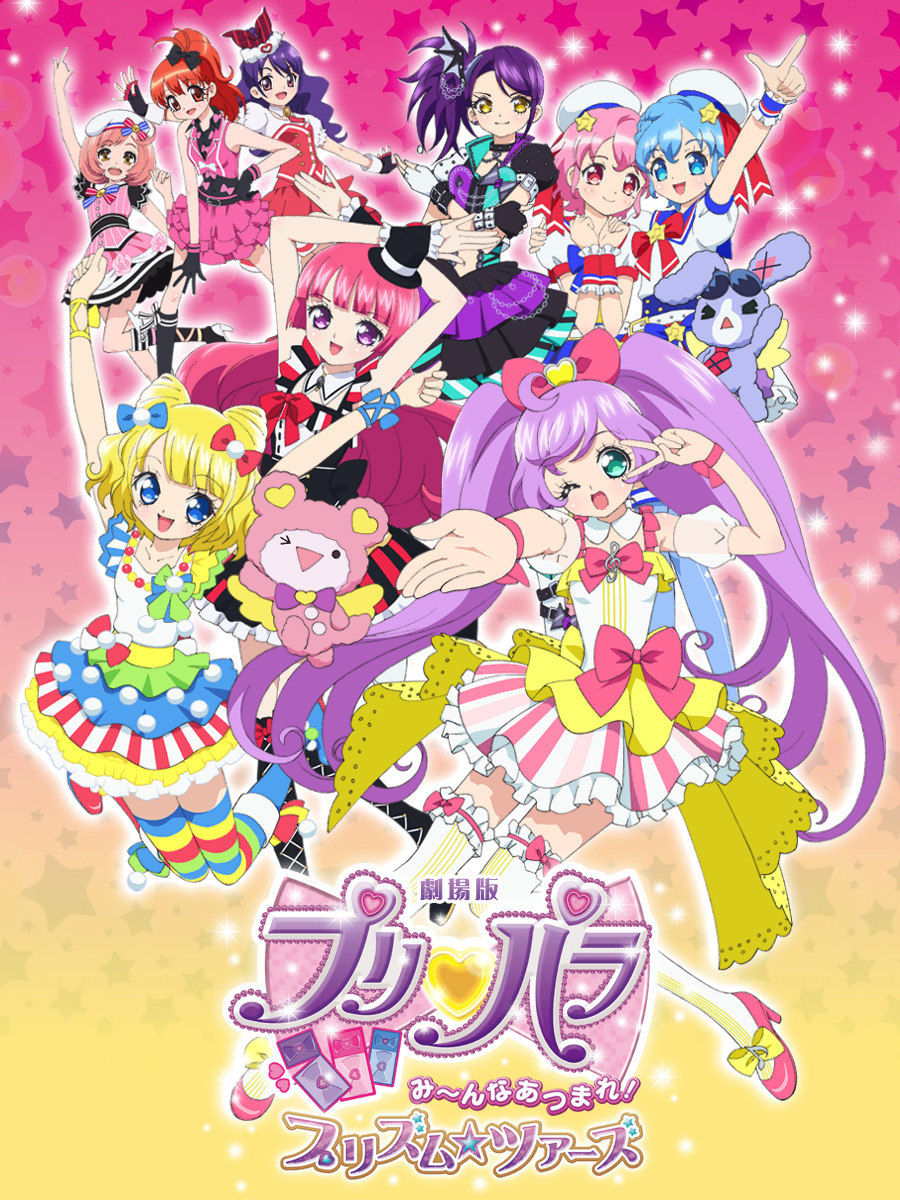 Not a lot of information has been released about the upcoming second season of Pri Para. It has been revealed that the series will feature new characters and locations, though the characters have been teased as friends.

The newly announced Pri Para movie is releasing on March 7, 2015 and will be titled Pri Para Movie: Mi~nna Atsumare! Prism☆Tours. The film will be featuring the main characters from the Pretty Rhythm anime, the predecessor series. The main cast and character designs of the anime film was revealed. The Pri Para characters include: 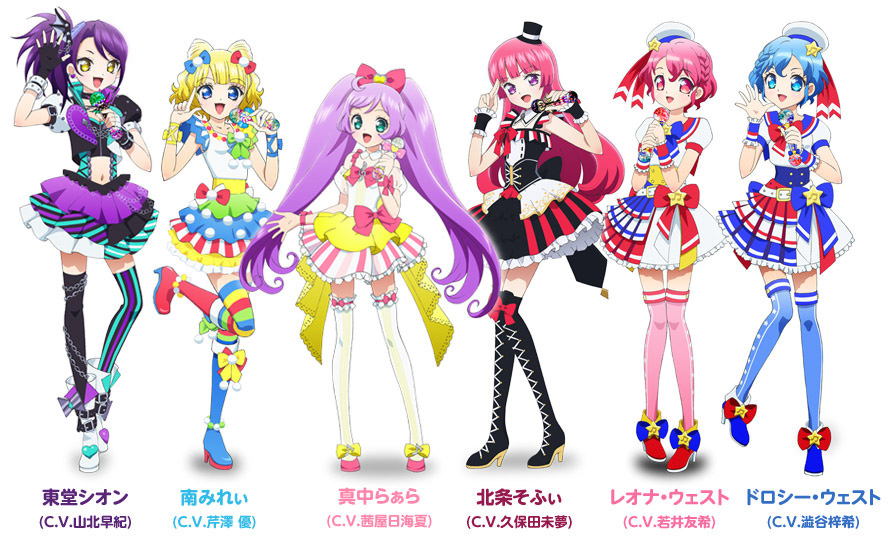 The main characters from the Pretty Rhythm anime that will appear in the movie has: 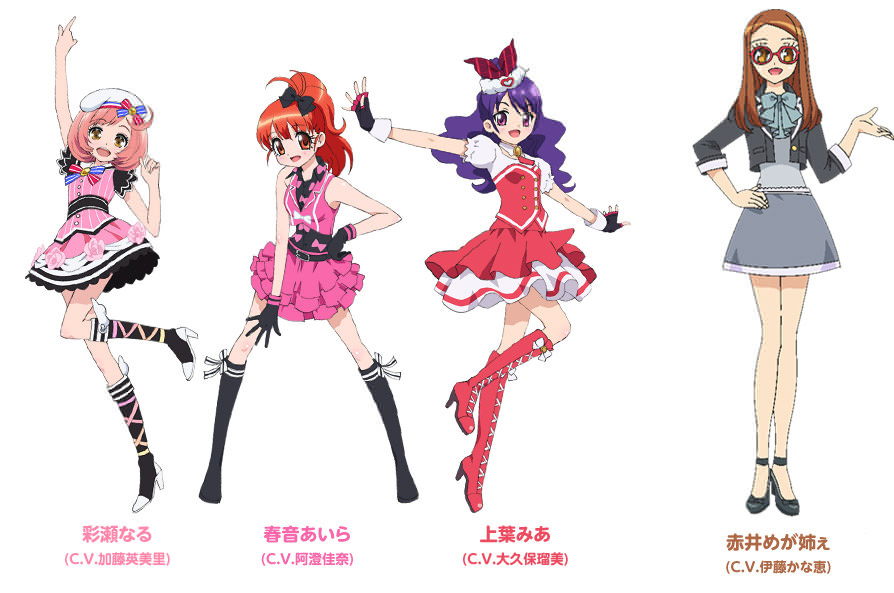 The first members of the production staff of the anime were also revealed:

Advanced tickets are currently on sale that can also be used to play the Pri Para arcade games, which also comes with special costumes for the game when the movie launches. The first teaser trailer for Pri Para Movie: Mi~nna Atsumare! Prism☆Tours was also released:

Pri Pura (Prism Paradise) is a series of arcade games developed and produced by Takara Tomy Arts. The series is a successor to Pretty Rhythm, which is another arcade game from the same company, had an anime adaptation in 2011. The Pri Para game received a manga adaptation in July this year by Hitsuji Tsujinaga in Shogakukan’s Ciao magazine. An anime adaptation of the series was produced in that same month directed by Makoto Moriwaki (Pri Para, Tantei Opera Milky Holmes) and produced by Tatsunoko Production (Sket Dance, Ping Pong The Animation), who also produced the Pretty Rhythm anime and its subsequent seasons. The anime itself is still currently airing and is scheduled for a total of 38 episodes.

PriPara (Prism Paradise) is the successor to the popular Pretty Rhythm series. The new anime is set in the Pri-Para world, filled with girls’ dreams and yearnings for fashion, dance, and music. Every day, there are auditions that send top idols to worldwide fame on television and online. However, Laala’s school prohibits Pri-Para for elementary school children. An unexpected chance leads Laala to make her first entrance into the world of Pri-Para, where she will make her debut. PriPara is also a new game which is replacing Pretty Rhythm. Like Pretty Rhythm, PriPara has an anime which is based off of the game, and has a story line to it. The main characters that we know so far, Laala, Mirei, and Sophie, are also on the game. 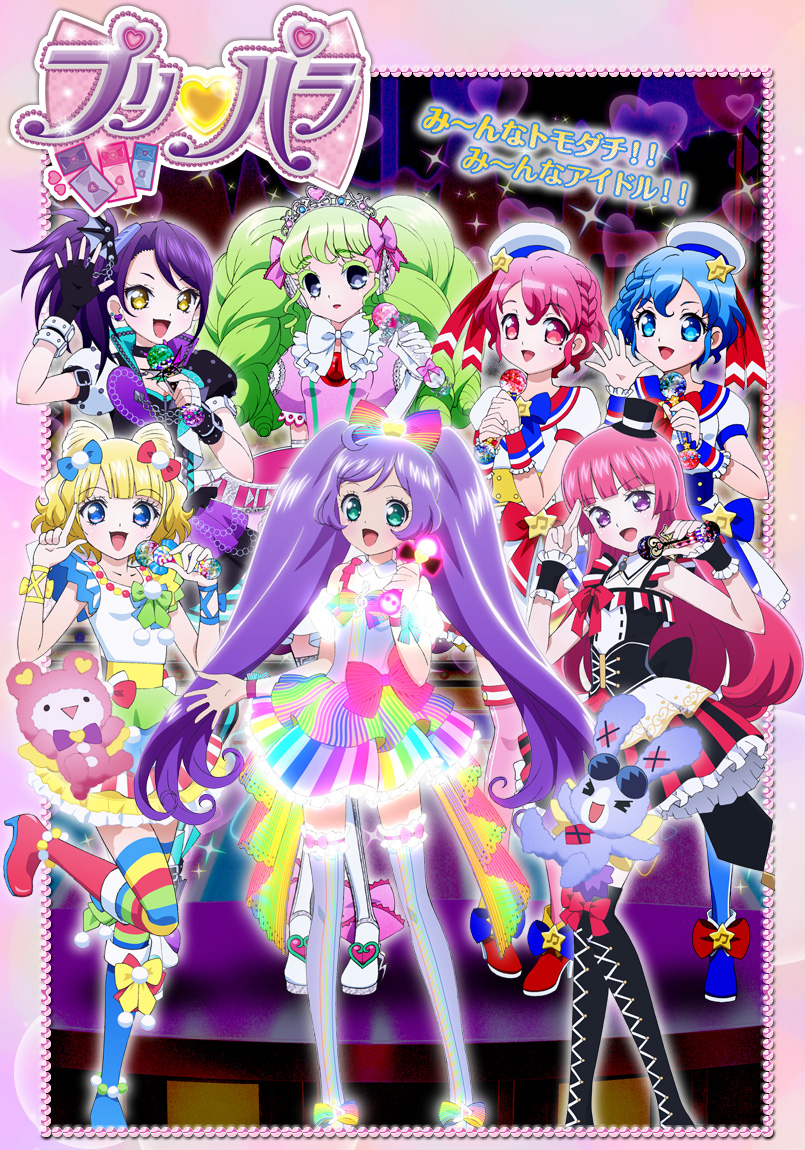 The second season of the Pri Para anime will be airing from April next year during the Spring 2015 anime season. The anime film, Pri Para Movie: Mi~nna Atsumare! Prism☆Tours, will release in Japan on March 7 next year.