A bunch of new images have released for the upcoming CGI film Saint Seiya: Legend of Sanctuary. The film is the first in the franchise to be rendered in 3D CGI. The film will be produced by Toei Animation and is set to release on June 21st.

The first images are screenshots of the film: 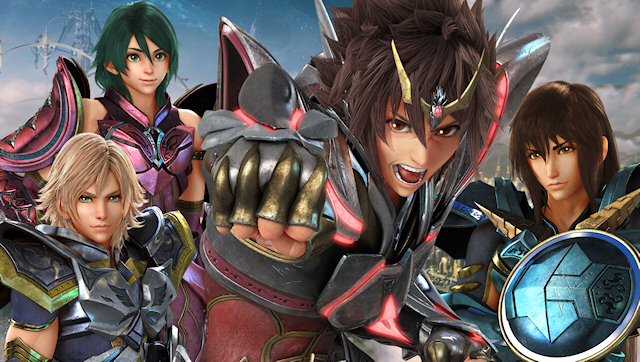 The film’s cast will be appearing at a special talk even on May 31st in Tokyo for advance ticket buyers. Two other events will follow in Nagoya and Osaka on June 1st. The cast of the film are as follows:

Additionally, the poster of the film was revealed, with another limited “golden poster” which will be advertised during Japan’s Golden Week. 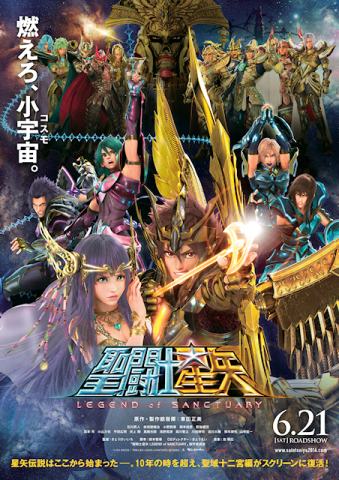 The film will adapt the Sanctuary Arc from Masami Kurumada’s original Saint Seiya (Knights of the Zodiac) manga. The manga itself began in 1986 and ended in 1990 for a total of 28 volumes. The series was published in Shueisha’s Weekly Shonen Jump magazine. To date, the series has sold over 34 million copies in Japan. The series had a major impact, both in Japan and worldwide. It popularised yaoi and has inspired many manga artist, such as Bleach creator Tite Kubo. An anime adaptation of the series ran from October 1986 till April 1989. The anime was produced by Toei Animation and won the 1987 Animage Anime Grand Prix prize. Since then the series has had a bunch of adaptations, including 2 light novels, a series of traditional animated films, various spin-off, a prequel and sequel manga, a 2012 anime series titled Saint Seiya Omega that ended last month, and various video games and merchandise.

Ages ago, the goddess Athena was served by fighters called Saints who channeled the power of the Cosmos within them. Now a youth named Seiya has trained to become a Saint himself by earning the mystical Cloth of Pegasus. He is joined by other Saints with Cloths of their own to fight for Athena.

Saint Seiya: Legend of Sanctuary will air in Japan on June 21st. There are also plans for a showing in Peru and Mexico later this year.