The announcement was made at the recent Earth Star Matsuri event held in Tokyo, where Piyo, the artist of both manga series was present and made the announcement. The first visual of the anime was also released. 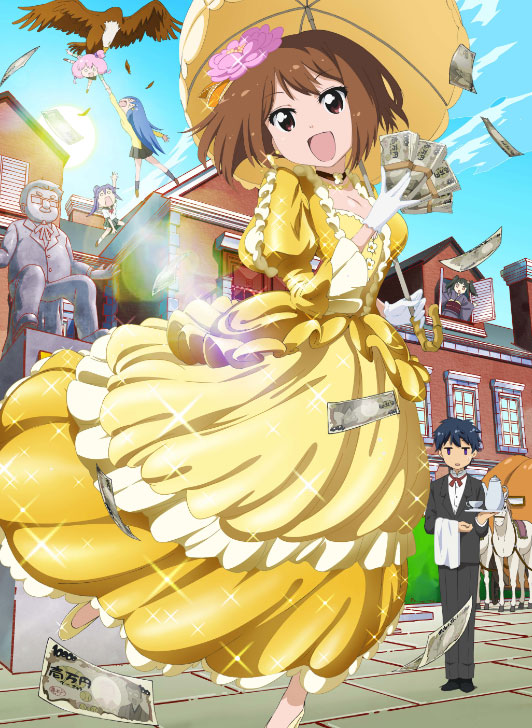 Takamiya Nasuno Desu! (I Am Nasuno Takamiya!) is a spin-off manga from the Teekyuu series. The spin-off is written by Tsugeo Terada and illustrated by Piyo, who also work on the main series. It began serialization early this year in Earth Star Entertainment’s Comic Earth Star magazine with the first compiled volume scheduled to release early next year.

This “full-burst gag comedy” spinoff manga centers on the daily life of Nasuno Takamiya, the “exceedingly airheaded” school tennis club member in Teekyuu, and her friends. 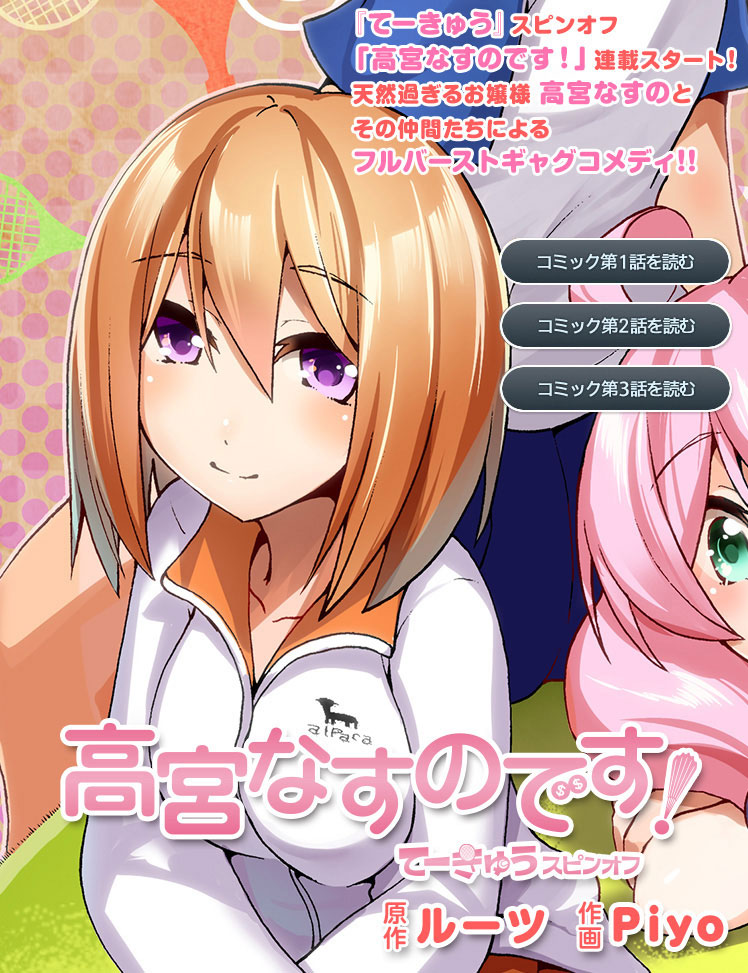 The Takamiya Nasuno Desu! anime will air from April next year during the Spring 2015 anime season with the fourth season of Teekyuu. Further information about the series will be released in the months leading up to the broadcast.