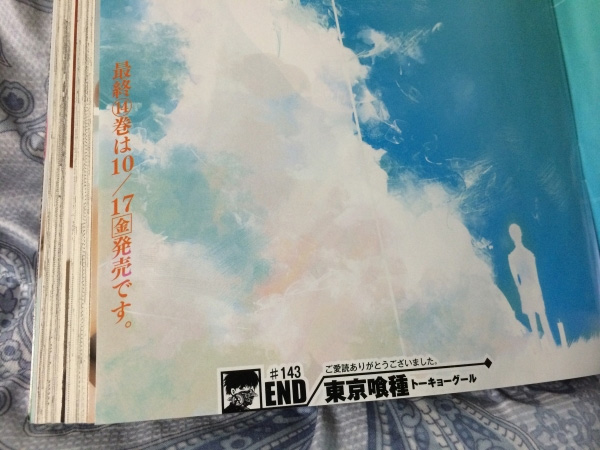 This week’s issue of Tokyo Ghoul is the final chapter in the series. It began in 2011 in the Young Jump magazine and has ended after 143 chapters. The manga currently has a total of 13 volumes released, with the 14th and final volume releasing in Japan on October 17th. 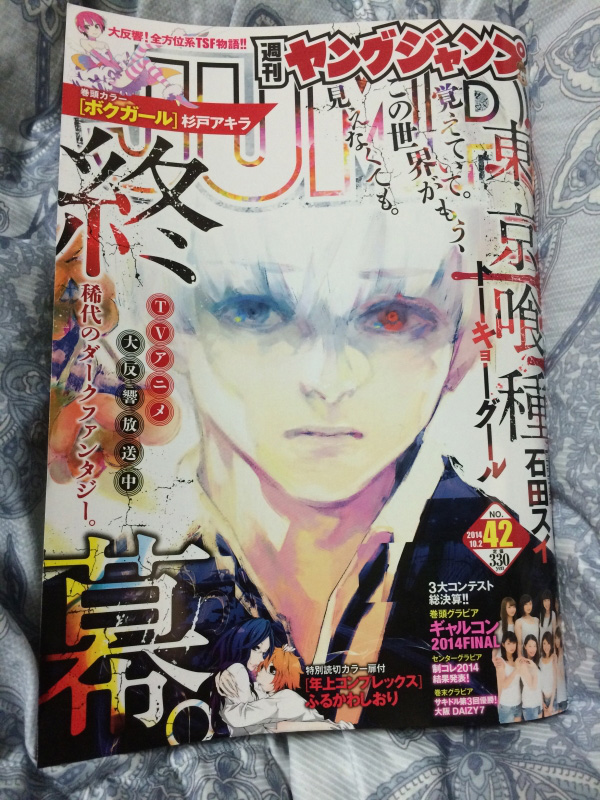 Tokyo Ghoul is a manga written and illustrated by Sui Ishida. The series began in 2011 and ended this week for a total of 143 chapters. The manga was published in Shueisha’s Weekly Young Jump magazine and a total of 13 compiled volumes have been published. The 14th and final volume of the series will be releasing on October 17th. A prequel online manga titled Tokyo Ghoul: JACK by Ishida started in August this year on Shueisha’s Jump Live. An anime adaptation of the series began earlier this Summer. The anime is produced by Studio Pierrot (Naruto Shippuden, Bleach) and directed by Shuhei Morita (Kakurenbo, Freedom). The anime will end on Thursday, 18th of September at 11:59pm JST on Tokyo MX after a total of 12 episodes.

The Tokyo Ghoul manga has ended. The possibility of a sequel or continuation of the series has not been announced.

How do you feel about the manga ending? What does it mean for the future of the series and the anime?