A recent issue of Kodansha’s Weekly Shōnen Magazine has announced that two new manga series based on Hiro Mashima’s Fairy Tail series. One of the series will follow the strongest girls of the Fairy Tail guild and the other will follow Wendy Marvel. 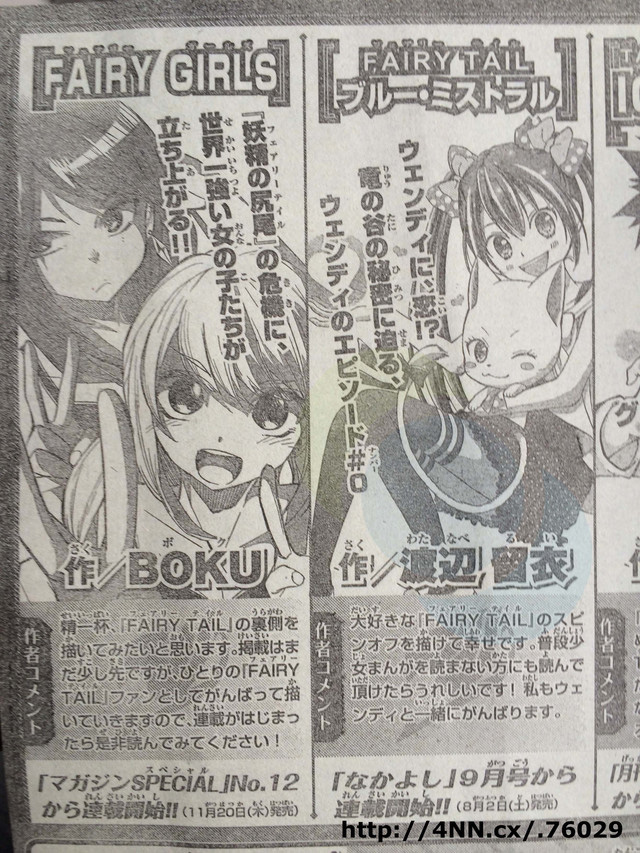 The first new announced manga series is Fairy Girls. It will be written and illustrated by Boku and will follow the two strongest female members of Fairy Tail, Lucy and Cana. The first chapter of the series will be published in Kodansha’s Magazine Special magazine on November 20.

The second manga series is Rui Watanabe’s Fairy Tail Blue Mistral, which will follow the adventures of guild member and dragon slayer Wendy where she may even fall in love. The first chapter of the manga will start serialization in the September issue of Kodansha’s Nakayoshi magazine on August 2. 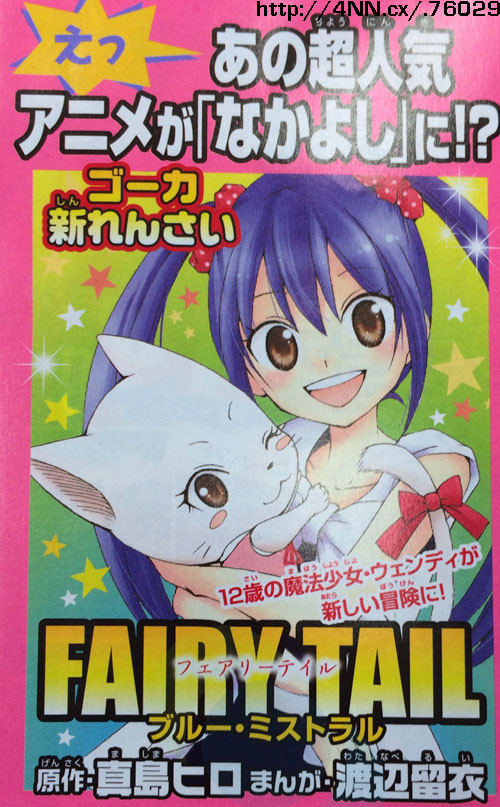 Fairy Tail is a manga series created by Hiro Mashima in 2006, being his second major publication after RAVE. An anime adaptation was then started airing in 2009 and ended on March 30 2013 by studio A-1 Pictures. Over the last few years, the series has grown in popularity, being the fourth highest selling manga in 2011. 7 OVAs have been released thus far and a feature film, Fairy Tail: Houou no Miko, that released in August last year. The manga itself is currently passed its 42nd volume, which released earlier this month. A continuation of the anime, Fairy Tail (2014) launched earlier this month with largely the same production and cast.