Chiyomaru Shikura, the president of the parent company of visual novel developers 5pb., has announced their next visual novel, Anonymous;Code. 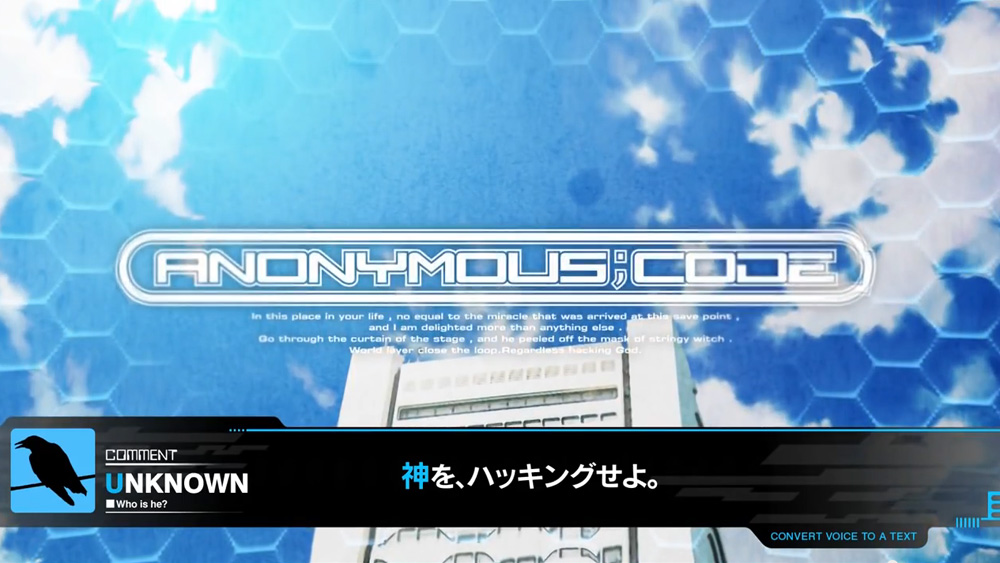 The new game is being described as a science visual novel, being in a new series apart from the previous science-adventure games that consisted of Chaos;Head, Steins;Gate, Robotics;Notes and Chaos;Child. The two main characters of the game were revealed: 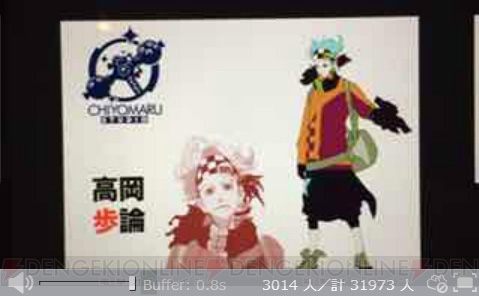 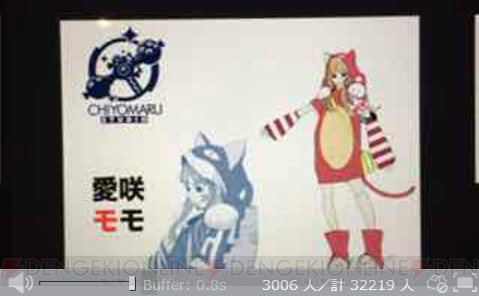 Here is the announcement trailer of Anonymous;Code:

The synopsis of the story was also revealed:

Because an even bigger problem is predicted to occur in 2038, the super computer Gaia creates another Earth using its Earth simulation program. That simulated Earth confirms what would happen in 2038. However, even though no humans were born in that simulation at first, when an Arecibo message was sent to the Earth simulation, humanity came into existence.

Not much is known about Anonymous;Code. Further information will be revealed at a later date.

You can visit the game’s official website here: http://anonymouscode.jp/