The 6th volume of  Mimana Orimoto’s Bakuon!! manga has announced that the series will be produced into an anime adaptation. The official website of the anime has launched, revealing that it will be a TV anime scheduled for a 2016 broadcast. 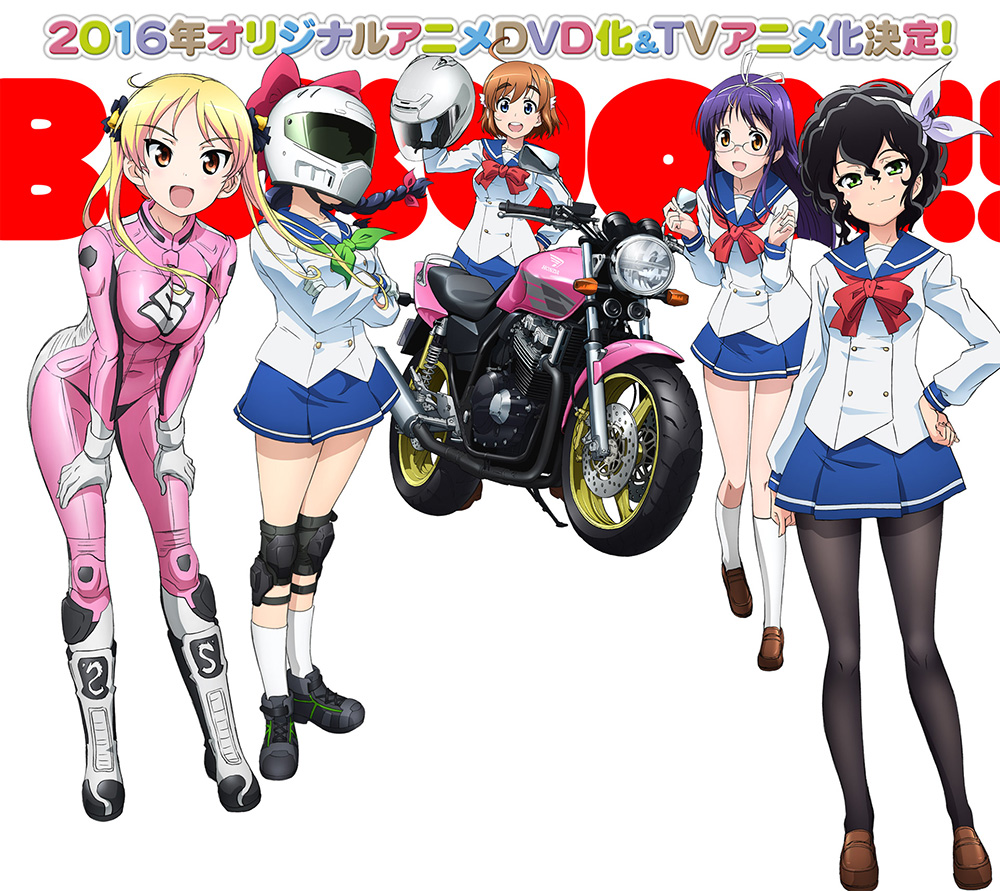 The anime adaptation of Bakuon!! will be a full TV anime series airing sometime in 2016. In addition, the upcoming 7th volume of the manga will also contain an OVA. It will be released in Japan on March 18 next year.

Bakuon!! is a motorcycle, slice of life manga written and illustrated by Mimana Orimoto. The series began in early 2011 being serialized in Akita Shoten’s Young Champion Retsu magazine. To date a total of 6 compiled volumes have been produced, with a 7th volume releasing on March 18, 2016. The series itself features motorcycles from real companies.

The story revolves around high school girls who discover the appeal of motorcycles. Sakura Hane is a high school student who looks a little bit like an airhead. On the way to her all-female high school one day, she is worn-out climbing a hilly road with a bicycle, but she sees a girl named Onsa Amano who is riding a motorcycle. Sakura immediately becomes interested in motorcycles, and she and Onsa join the motorcycle club at the school. Then, Sakura sets out to get her license. 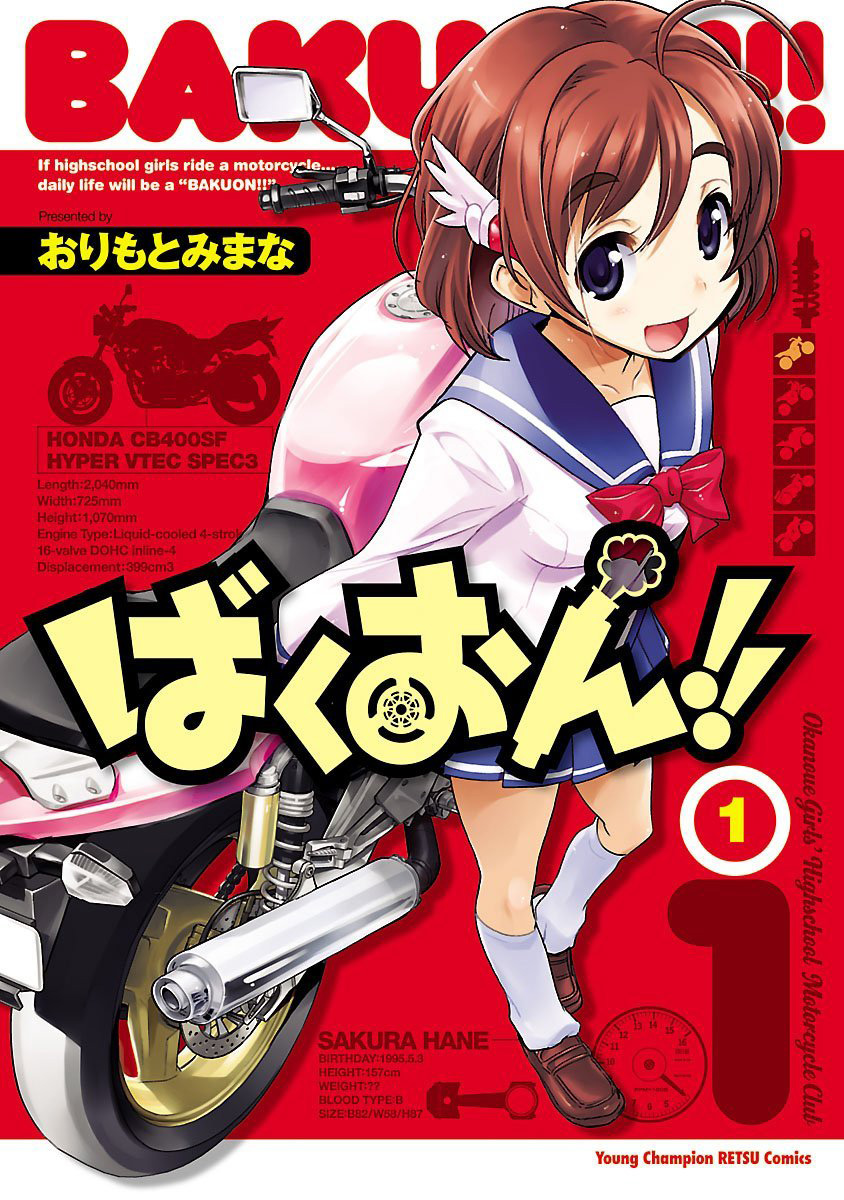 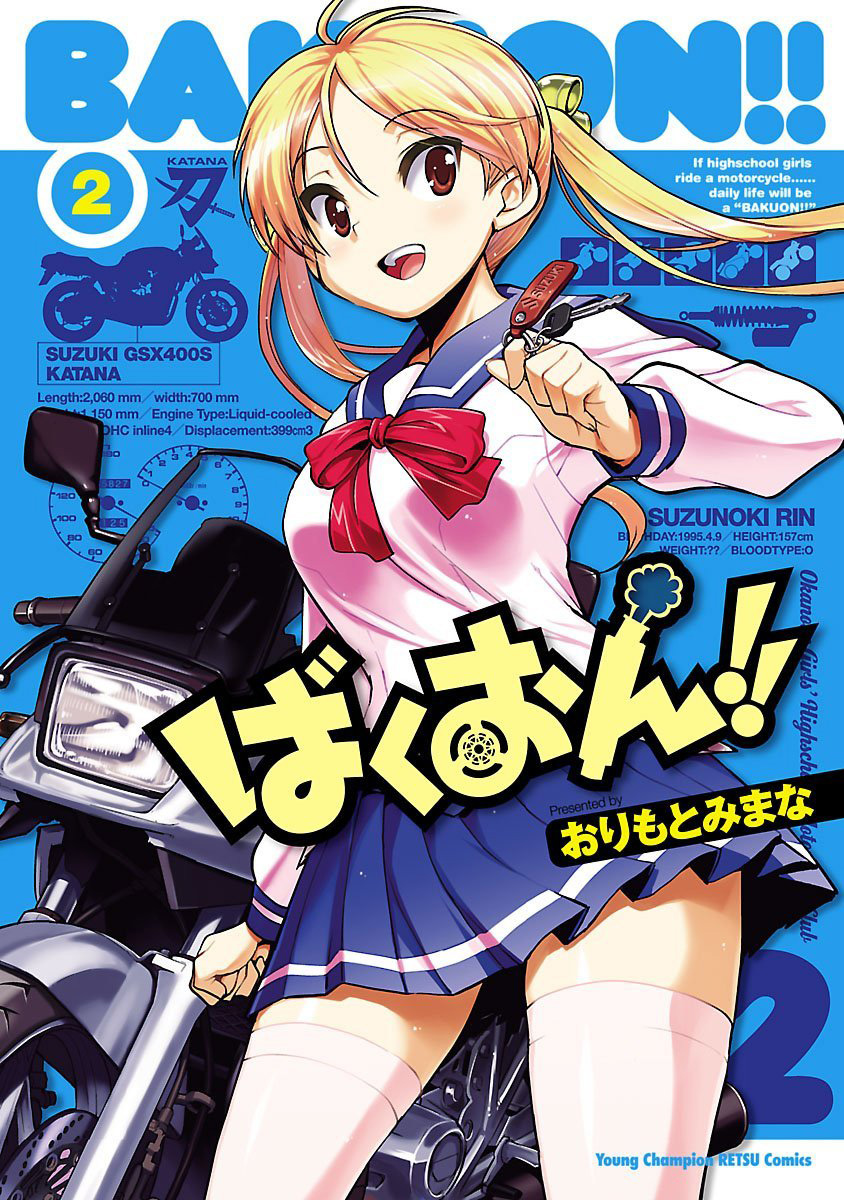 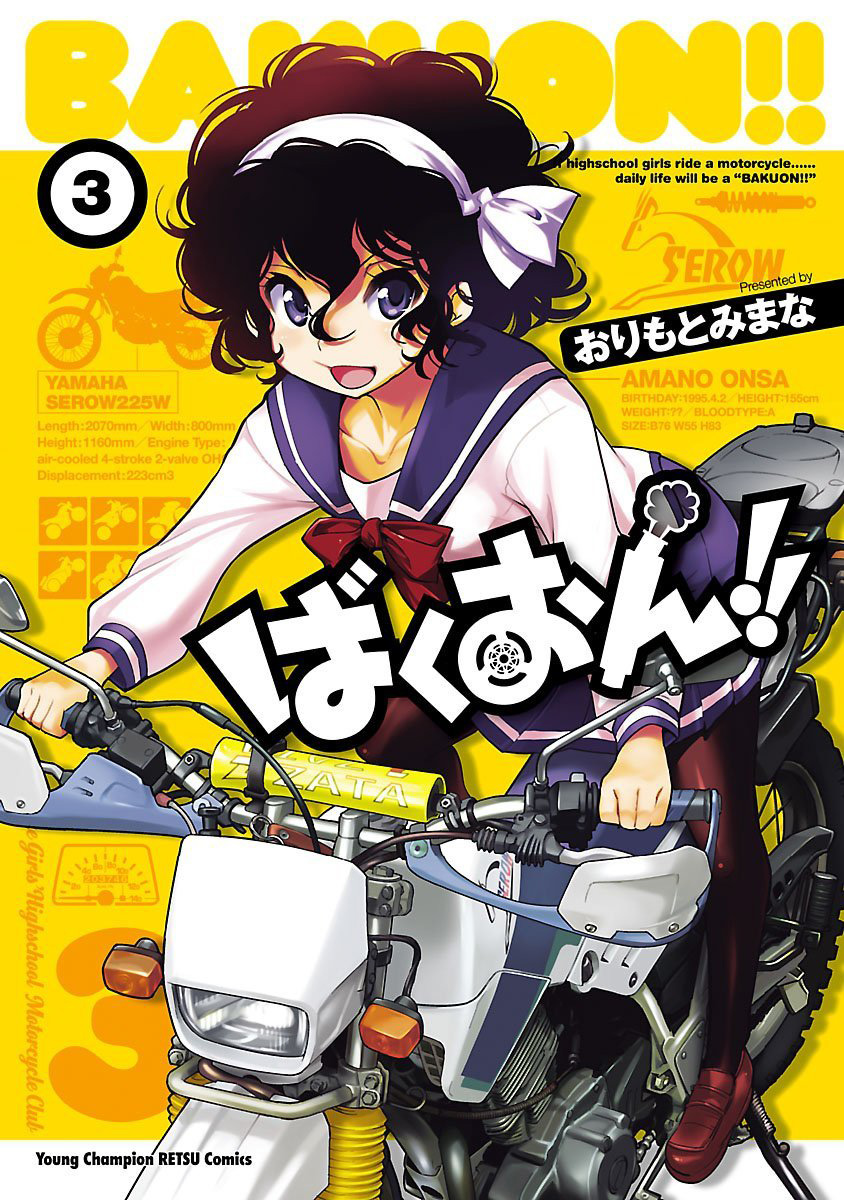 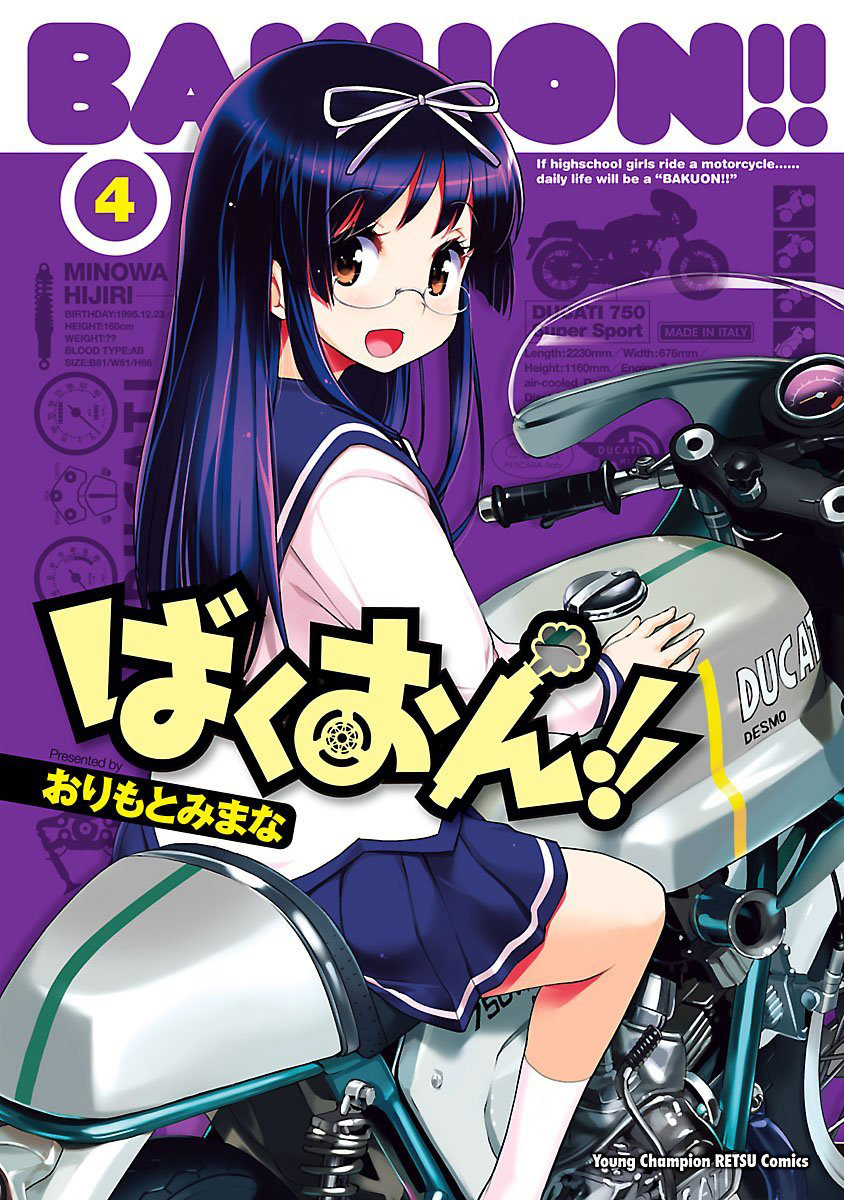 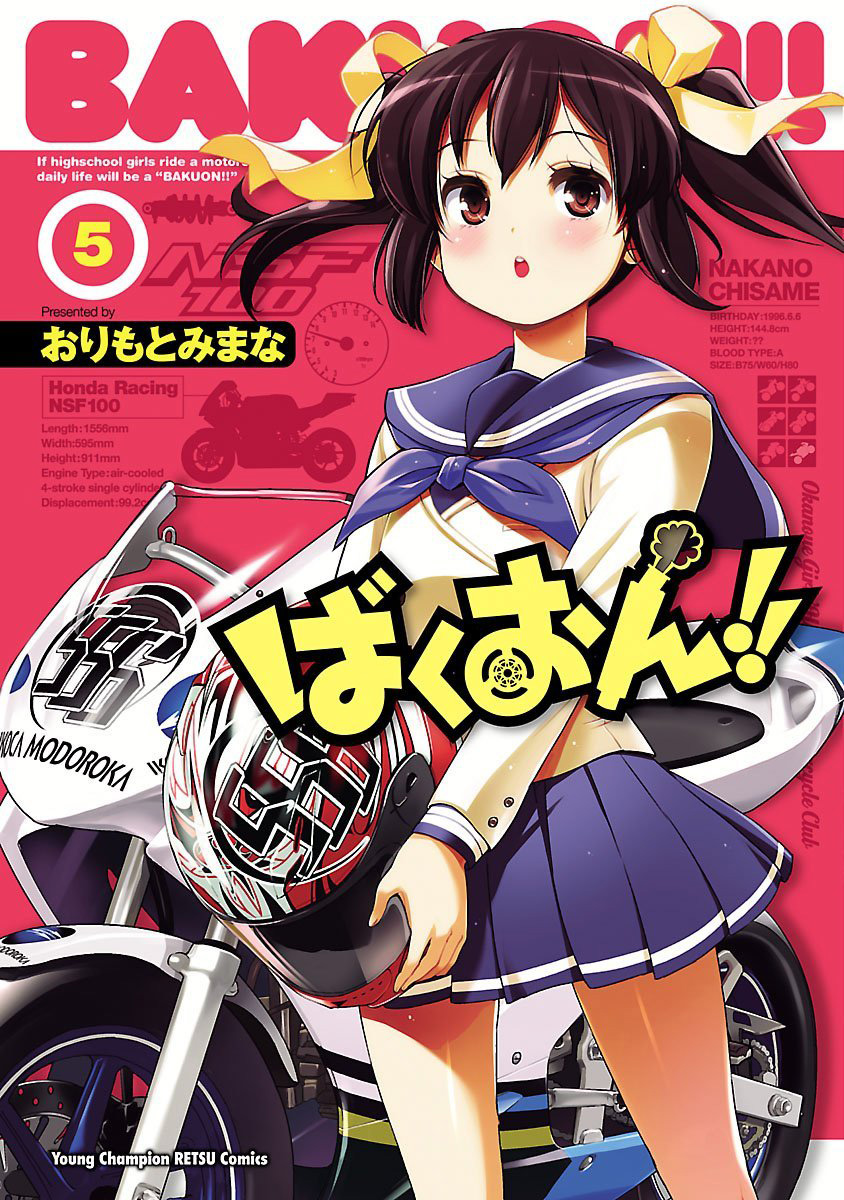 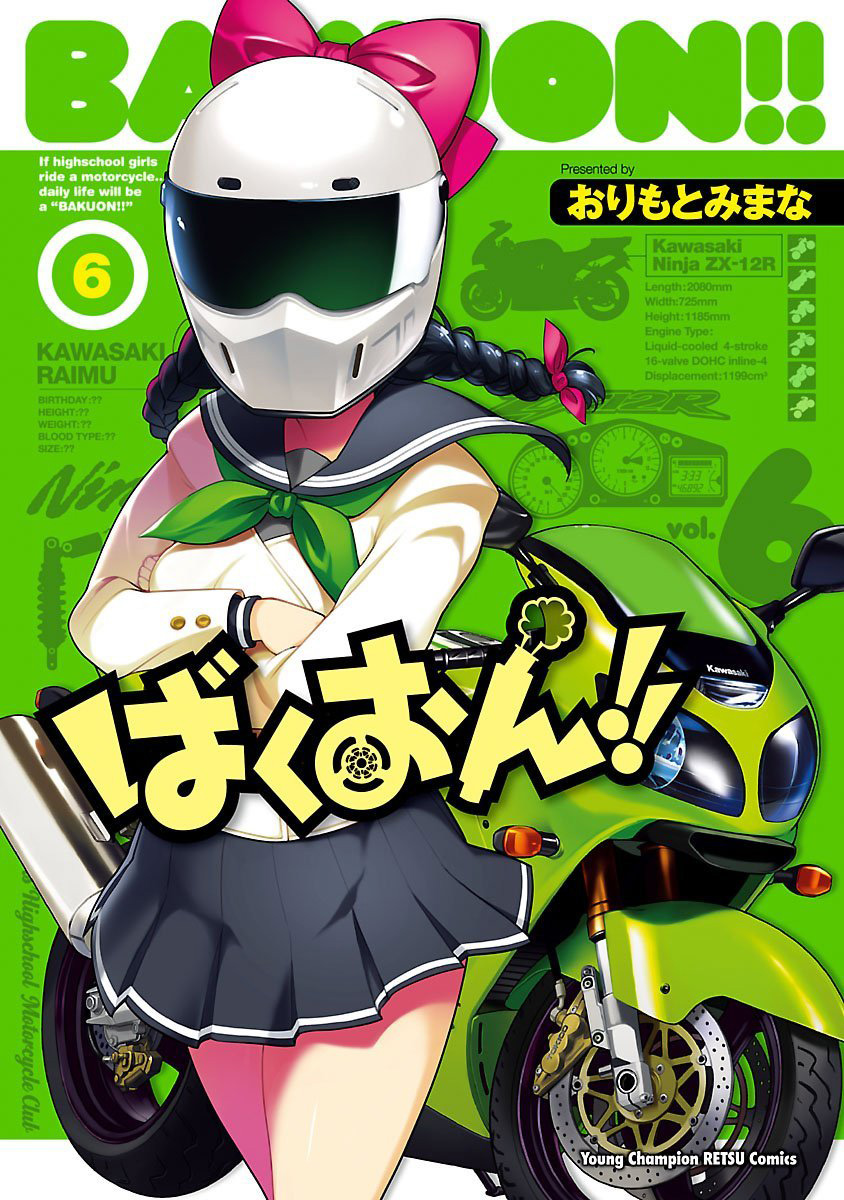 The TV anime adaptation of Bakuon!! is currently scheduled to air next year. Further information about the series will be revealed in the near future.