The official website of the anime adaptation of Koi’s Gochuumon Wa Usagi Desu Ka? (Is the order a rabbit?) 4koma manga is announcing a brand new anime, Gochuumon wa Mahou Shoujo desu ka (Is the order a Magical Girl?). The first visual has been released showcasing Chino in her new magical girl attire. 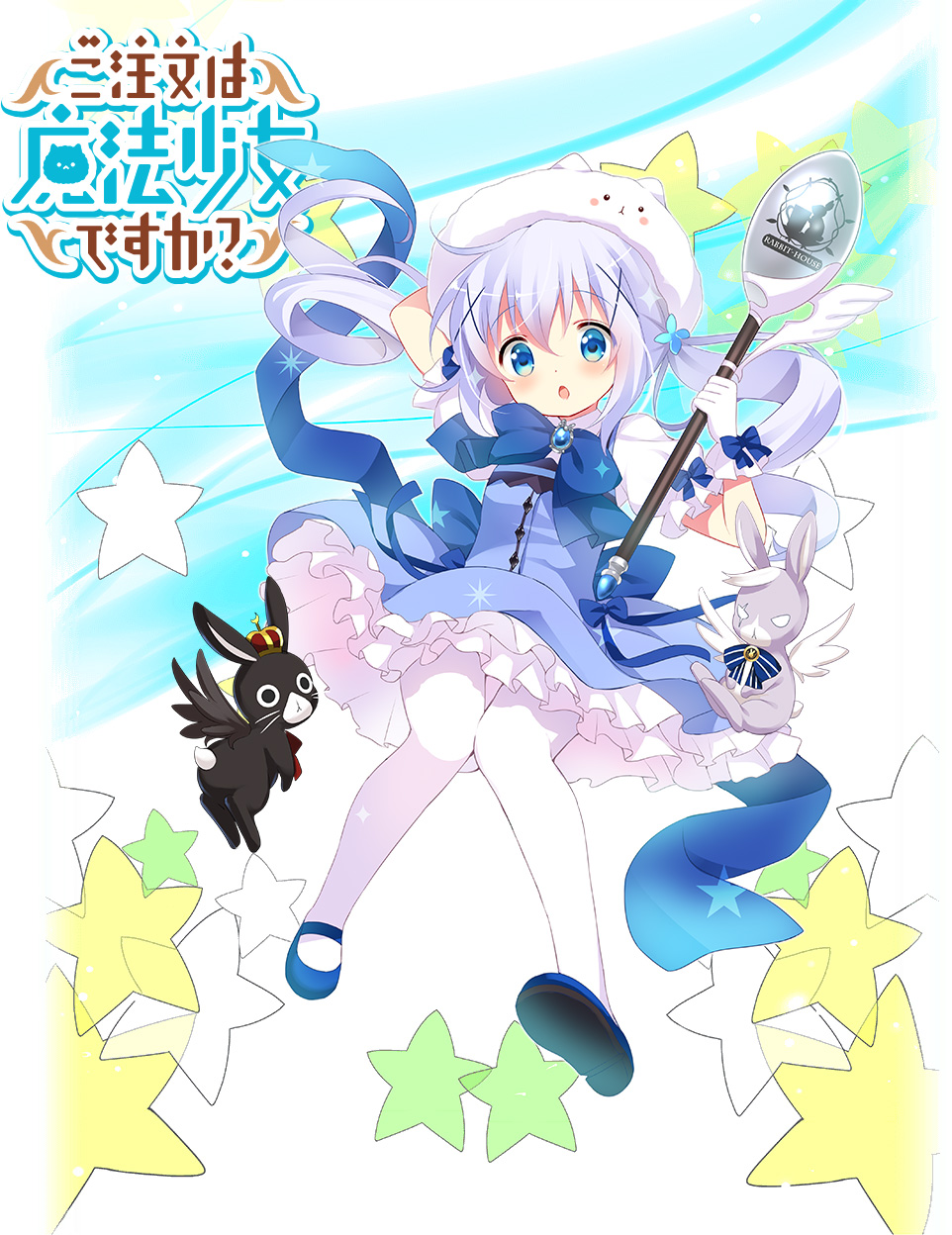 The site also has a sound file of Chino talking about her role as a magical girl and of the anime’s new announcement:

Gochuumon Wa Usagi Desu Ka? (Is the order a rabbit?) is a comedy, slice of life, 4koma manga written and illustrated by Koi. The manga began in 2011 being published in Houbunsha’s Manga Time Kirara Max magazine. To date a total of 3 volumes have been compiled and released in Japan. A 12 episode anime adaptation of the series was produced last year by White Fox (Steins;Gate, Akame ga Kill!) and was directed by Hiroyuki Hashimoto (Code Geass and Tiger & Bunny Episode Director). Not a lot of information about the Gochuumon wa Mahou Shoujo desu ka anime has been revealed. More information will be revealed when best girl wins.