Magazine publisher Gakken has accidentally revealed on their Japanese online store the cover of the upcoming March issue of their Megami magazine, which is announcing that there will be a second season of the anime adaptation of Koi’s Gochuumon Wa Usagi Desu Ka? (Is the order a rabbit?) 4koma manga. 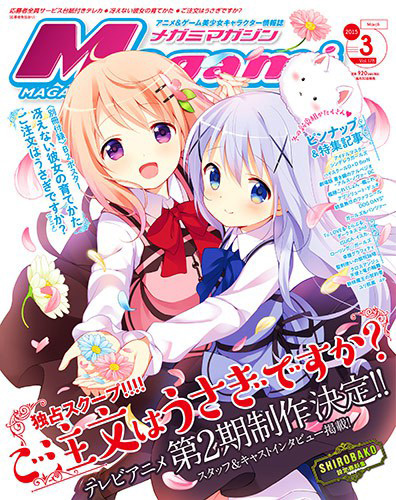 The official announcement will be revealed in the upcoming issue of Megami magazine, which will be releasing on the 30th this month. The issue itself will also feature interviews with the anime’s cast and staff in regards of the new announcement and their experience with the first anime series.

Gochuumon Wa Usagi Desu Ka? (Is the order a rabbit?) is a comedy, slice of life, 4koma manga written and illustrated by Koi. The manga began in 2011 being published in Houbunsha’s Manga Time Kirara Max magazine. To date a total of 3 volumes have been compiled and released in Japan. A 12 episode anime adaptation of the series was produced last year by White Fox (Steins;Gate, Akame ga Kill!) and was directed by Hiroyuki Hashimoto (Code Geass and Tiger & Bunny Episode Director). 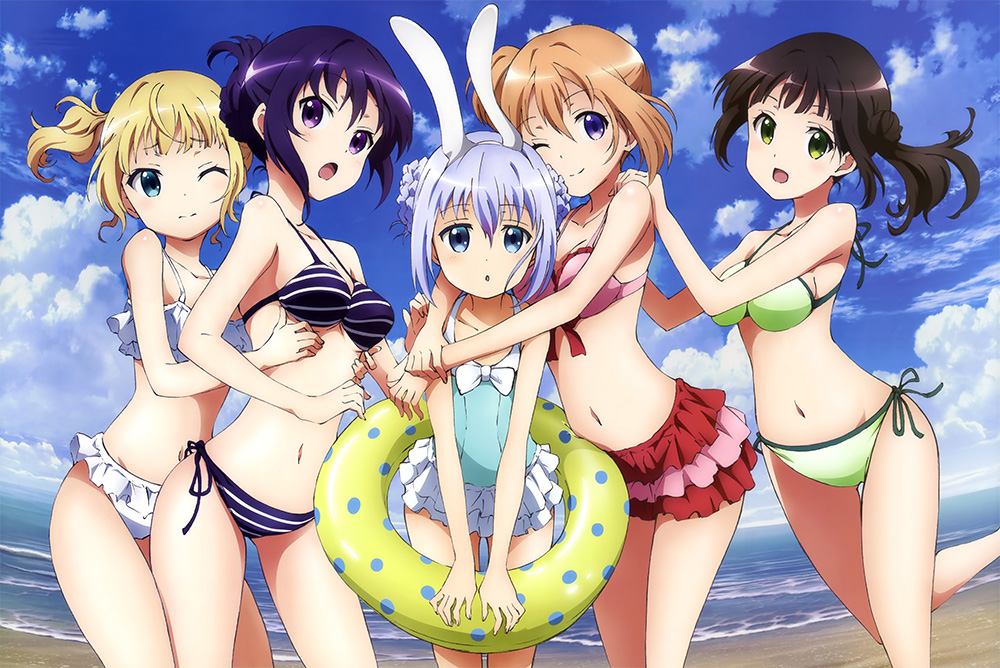 Not a lot of information about the second season of the Gochuumon Wa Usagi Desu Ka? anime has been revealed. More information will be revealed in the upcoming issue of Megami.