The official website of ufotable’s upcoming anime adaptation of Bandai Namco’s God Eater series has been updated to reveal that the anime will be airing from July 5th this Summer. Additionally, a brand new visual, the first members of the anime’s cast, staff and the first promotional video has also been revealed.

The God Eater anime will debut on July 5th on Tokyo MX at 10:30pm JST. The anime will then air on BS11, Sun TV and other channels in the following days. 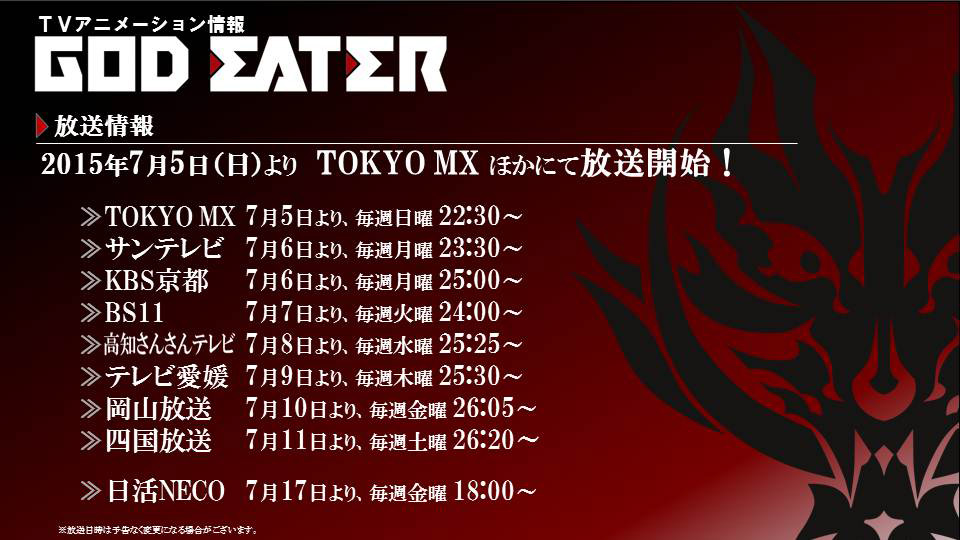 The first main members of the anime’s cast has been revealed. The majority of the cast from the games will return to voice their characters in the anime, with one new original character.

Here is the anime’s announcement video that was released earlier in the year: 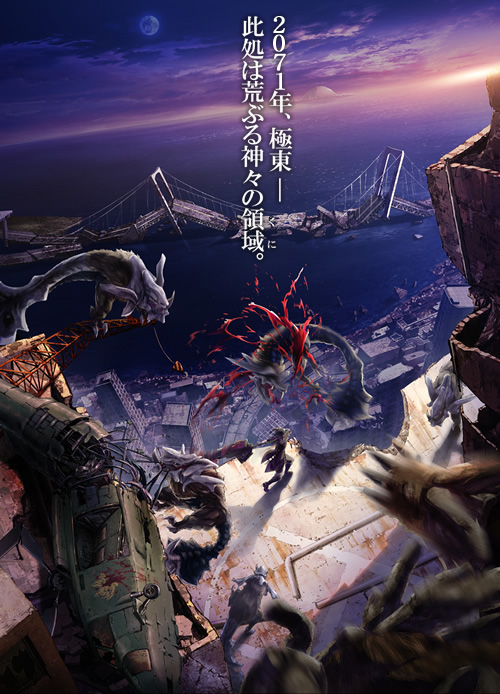 The God Eater anime will be airing from July 5th on Tokyo MX at 10:30pm JST this Summer 2015 anime season. Further information about the series will be revealed soon.