A new website based on Kozue Amano’s Aria manga was earlier leaked online before its scheduled unveiling, where it revealed that a new anime is currently in production. The site is now official online revealing that the new anime will be titled Aria the Avvenire. The first visual and staff members of the anime was also revealed. 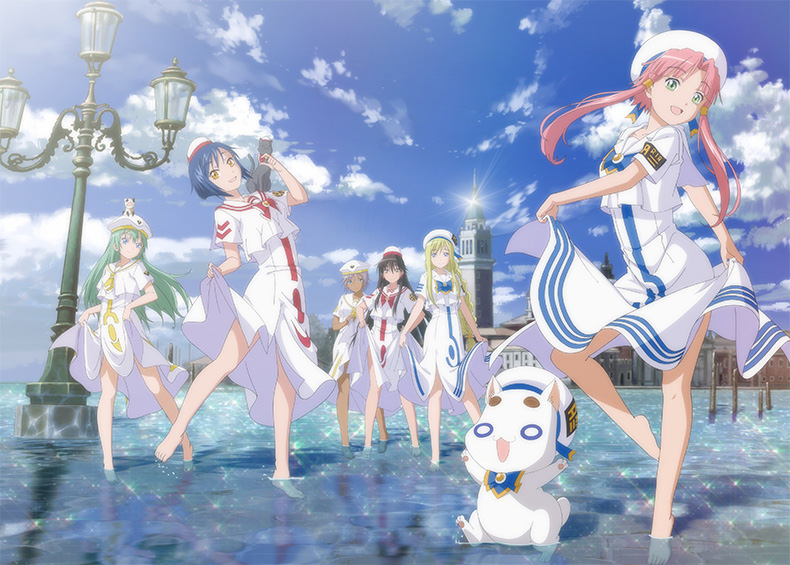 The new Aria anime will be part of the Ao no Curtain Call project, which is celebrating the 10th anniversary of the first Aria anime. The project also includes a Blu-ray boxset of all previous Aria anime series. Details about Aria the Avvenire are still unknown, including whether it will be a TV series, OVA or film. Though, a special screening of the anime will be held on September 26.

The official website of Aria the Avvenire has revealed the first staff members of the upcoming anime, which includes:

Aria is a comedy sci-fi manga written and illustrated by Kozue Amano. The series originally began under the title Aqua being published by Enix’s Monthly Stencil, before it officially changed to Aria as the manga moved to Mag Garden to be published in their Monthly Comic Blade magazine. The manga started in 2001 and ended in 2008 for a total of 14 volumes, 2 volumes of Aqua and 12 volumes of Aria. The series first received an anime adaptation in 2005 being produced by Hal Film Maker (Uta Kata, Skip Beat!) and directed by Jun’ichi Satou (Sailor Moon, Phi Brain: Kami no Puzzle). The anime was then followed by another season in the following year and a third season in 2008, with an OVA releasing in 2007. The series also received numerous other media adaptations, including light novels, visual novels, audio CDs and drama CDs.

Not much is currently known about Aria the Avvenire, and whether it will be a special, film or TV series. There will be a special screening of the anime on September 26, which may indicate that it may be a one off special.