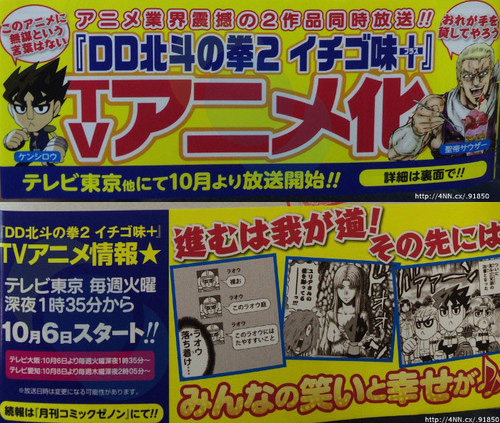 The new anime will be the second adaptation based on the spin-off, whereas the first aired in 2011. The new series will be titled DD Fist of the North Star 2 Strawberry Flavor Plus (DD Hokuto no Ken 2 Ichigo Aji+) and will air the first episode on October 6 at 1:35am JST. The only confirmed TV station so far is TV Tokyo.

The anime’s official website has launched and revealed the first main visual:

The main cast of the anime has also been revealed, which includes the return of some members from the first spin-off series:

Fist of the North Star (Hokuto no Ken) is an action manga written by Buronson and illustrated by Tetsuo Hara. The series ran from 1983 till 1988 in Shueisha’s Weekly Shonen Jump magazine for a total of 27 volumes. Since the original manga’s release, the series has received numerous manga, anime, and film adaptations. One such series is DD Fist of the North Star, a spin-off series depicting the main characters of the series in chibi form. The series is written and illustrated by Kajio under Tokuma Shoten’s Monthly Comic Zenon, where a total of 5 volumes have been produced.

In the post-nuclear apocalyptic future in 199X, the human race has regressed. Weak villagers are reduced to slavery, while genetically enhanced giants rule the world. Gunpowder seems only a distant memory, and the martial arts is the only weapon a man can count on.

Two schools face one another in the battle for dominion: Hokuto Shinken and Nanto Seiken. The series begins when the Hokuto successor, Kenshiro, travels the desert to confront Shin, a member of the Nanto Roku Seiken, their six ruling stars, who has taken his fiancee Yuria. 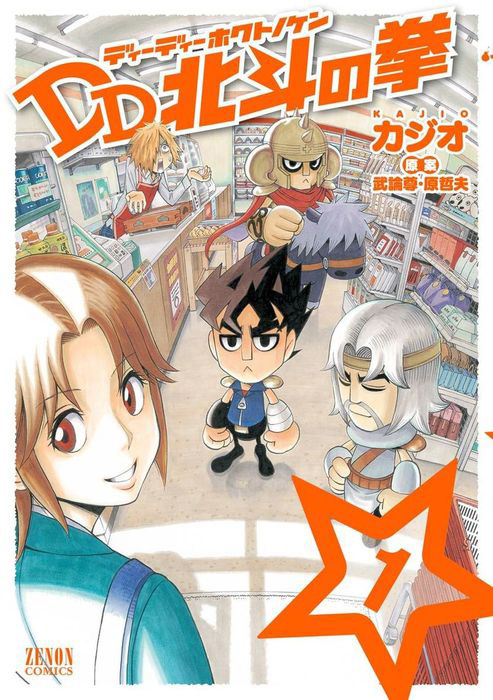 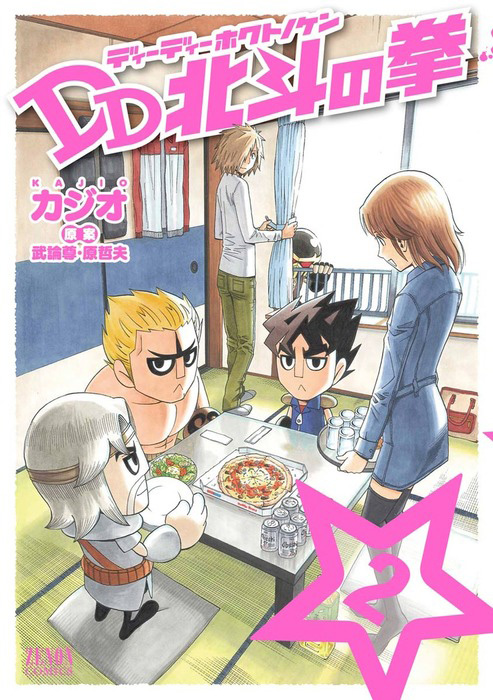 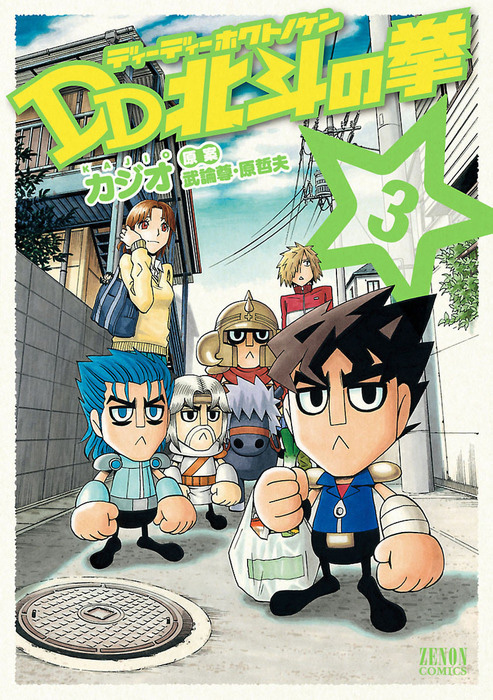 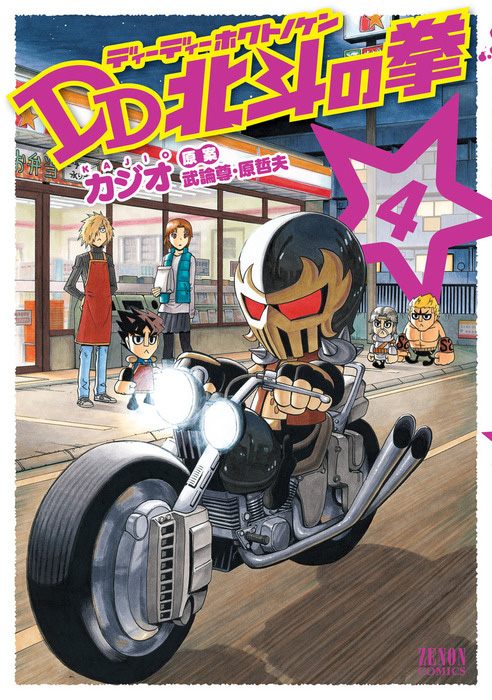 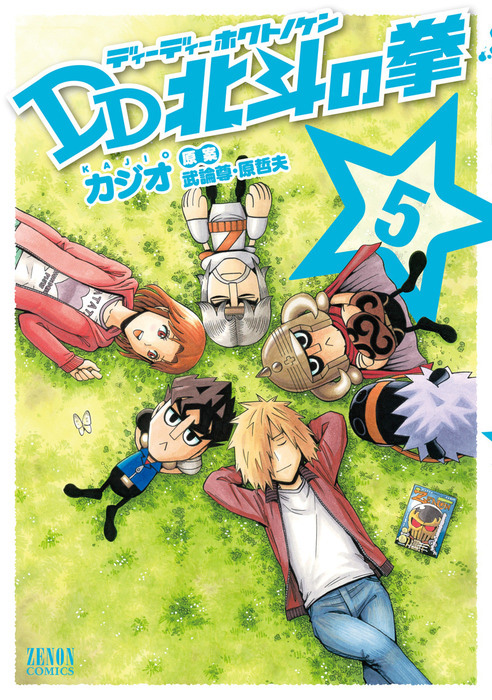 The DD Fist of the North Star 2 Strawberry Flavor Plus anime will begin its broadcast from October 6th at 1:35am JST on TV Tokyo, during the Fall/Autumn 2015 anime season. Further information about the anime will be revealed in the upcoming weeks.