The 30 hour Persona Livestream is almost reaching its end and Atlus has revealed  a brand new image for Persona 5, their next upcoming title in the series. The image itself is rather cryptic and all will be revealed at the end of the livestream. 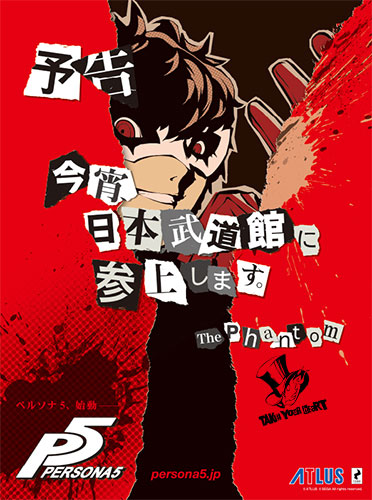 The message on the image reads:

Announcing: Tonight at the Nippon Budokan, I will be visiting. -The Phantom

The Nippon Budokan is the venue for where the Persona Super Live 2015 concert will be held. The Live concert itself will also feature performances from the music composers and singers of the Persona series, including Yumi Kawamura, Lotus Juice, Shihoko Hirata and Shoji Meguro. There will also be various products on sale at the concert.

Regarding the Phantom, is it unknown whether or not he/she is a villain or protagonist in the upcoming game. Many people have speculated that the character looks like Sho from Persona 4: Arena Ultimax.

The image itself was a full page spread in a Japanese newspaper: 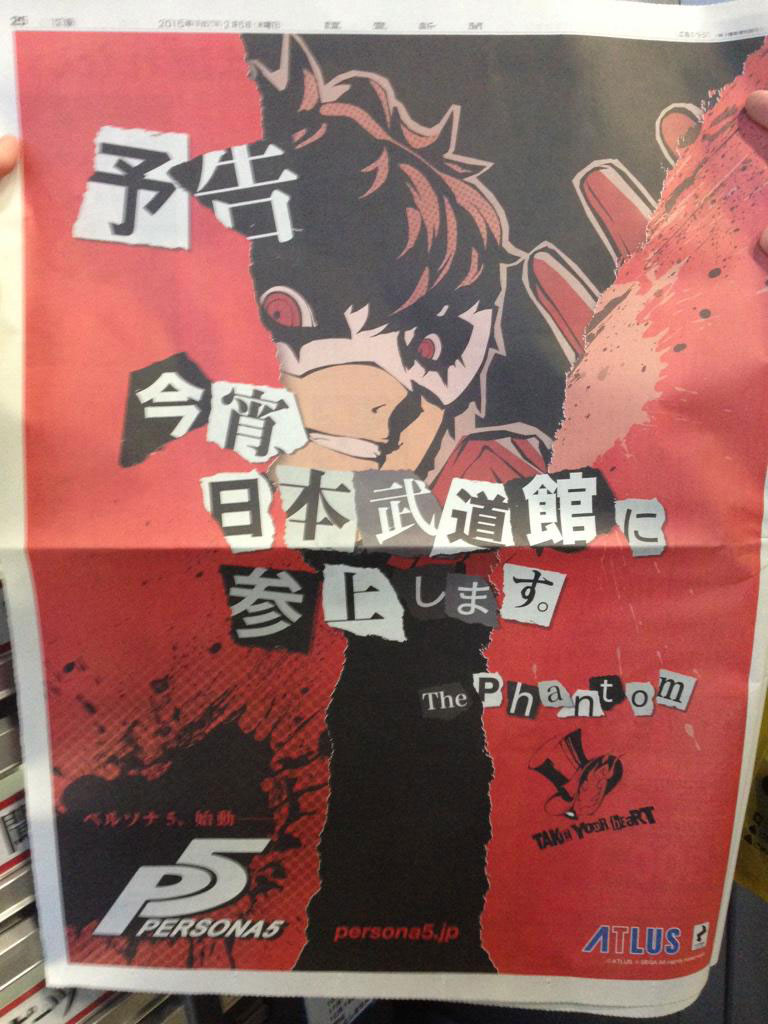 There has also been speculation on the items to summon the personas in this game, namely the usage of masks. The main visual of the live concert itself sees the main protagonists of Persona 3, Persona 4 and Persona 5 holding masks. 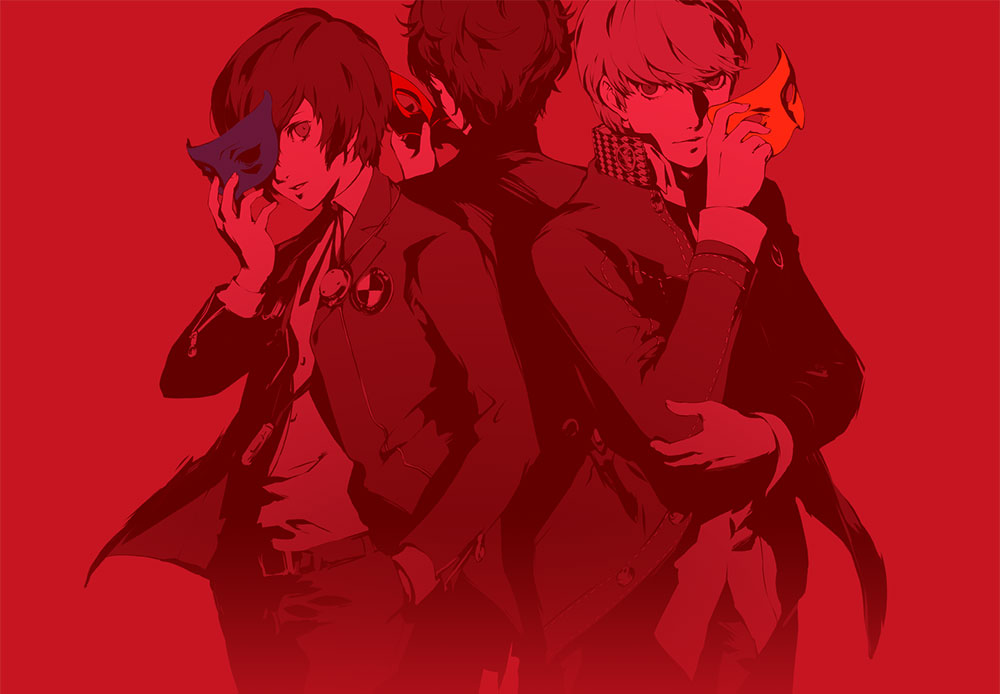 Persona 5 will be developed and published by Atlus, and will release in Japan on the PlayStation 3 and PlayStation 4 later this year. Here is the first trailer for the game:

More information about Persona 5 will be revealed at the end of the livestream and at the Persona Super Live 2015 concert in a few hours.