The official website of the anime adaptation of Wataru Watari and Ponkan8’s Yahari Ore no Seishun Love Comedy wa Machigatteiru. (My Teen Romantic Comedy SNAFU) light novel series has revealed the preview synopsis for episode 9 of the anime’s second season, Oregairu Zoku. The episode itself will air on Friday the 29th of May at 1:51am JST on TBS.

Episode 9: And, Yukinoshita Yukino Is…

Hachiman writhes in bed, remembering his comment he made with the members of the Service Club to help with the Christmas event. Hachiman went to Destiny Land to get tickets when he learns something with Hiratsuka-sensei about Christmas. Iroha, Hayato, Yumiko, Hina and Kakeru where all somewhere amongst the crowd; Yukino and Hachiman were alone with something surprising to say. On the other hand, under the light of the fireworks, Iroha does something unexpected… 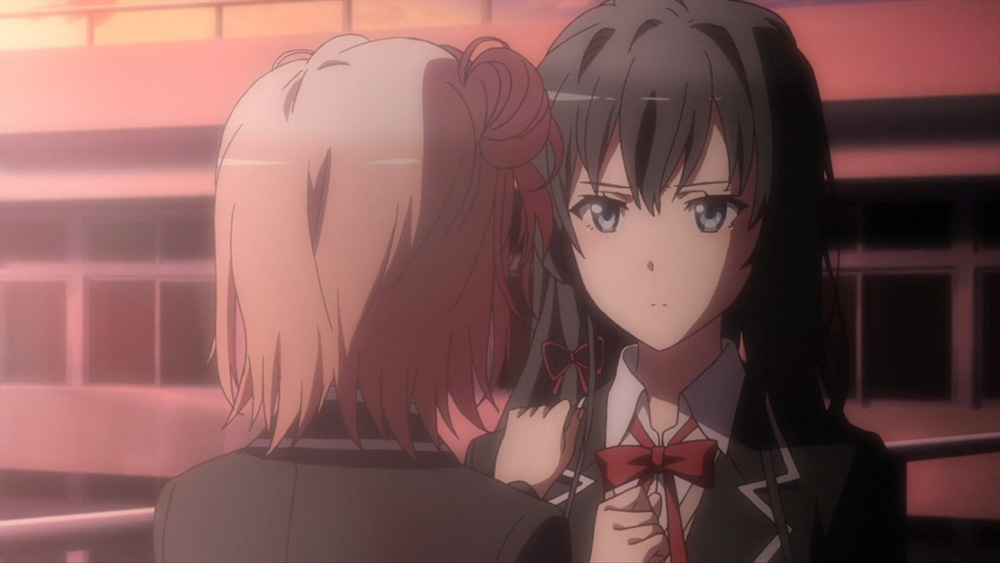