A brand new promotional video has been released for the Robot Girls Z+ anime, the sequel to the original Robot Girls Z series. This new video reintroduces the main characters and villains of the series, as well as new enemies. The anime itself will be a series of 6 shorts releasing every month. It will be once again directed by Hiroshi Ikehata (Nougyou Musume!, Robot Girls Z) and produced by Toei Animation (Sailor Moon Crystal, One Piece). It stars Mariko Honda (Yuuko Aioi in Nichijou) as Mazinger Z, Inori Minase (Chino Kafuu in Gochuumon wa Usagi Desu ka?) as Great Mazinger, Kazusa Aranami (Mayuka Kondou from Onisuki) as Grendizer

The first episode of the Robot Girls Z+ anime released earlier today and will be released every month.

Here is the first episode of the anime:

Here is the most recent visual of the anime: 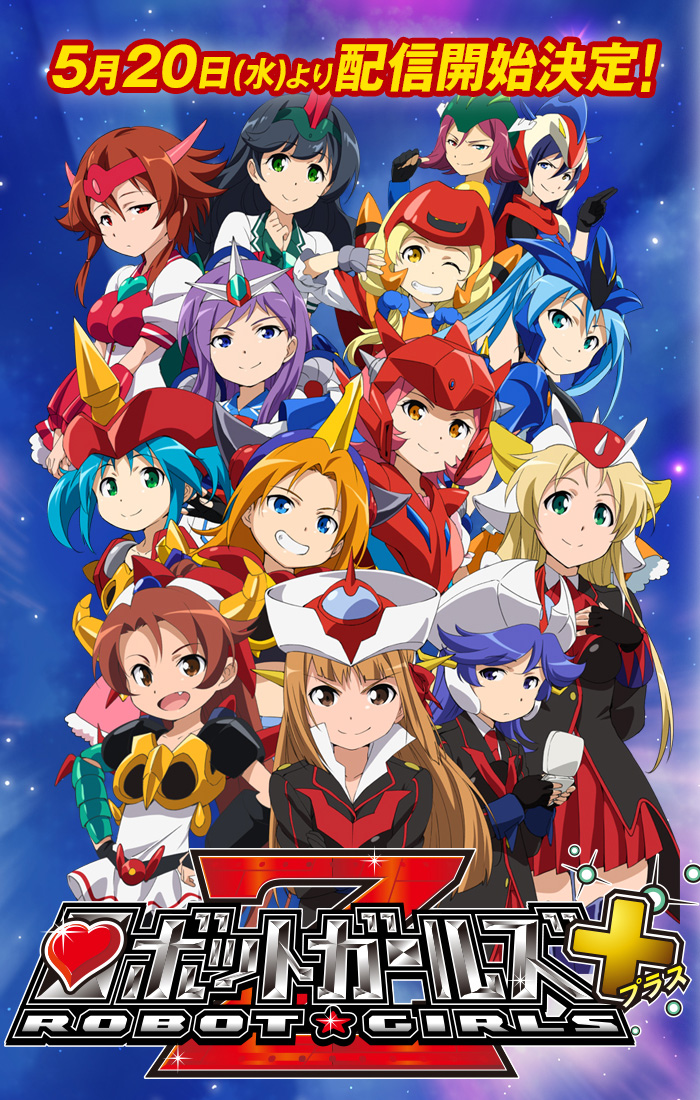