The second promotional video has released at AnimeJapan for the upcoming third and final episode in the Strike Witches OVA series, Operation Victory Arrow Vol. 3: Arnhem no Hashi. The video itself introduces , and also previews the Opening theme Connect Link by Yoko Ishida. The episode will feature Miyuki Sawashiro (Shino Asada in Sword Art Online II) as Perrine-H. Clostermann, Kaori Nazuka (Nunnally Lamperouge from Code Geass) as Lynette Bishop, and Sayuri Yahagi (Suzu Hagimura from Seitokai Yakuindomo) as Amelie Planchard. The OVA series takes place between the end of the second season’s and the beginning of the movie. It will be directed by Kazuhiro Takamura (Strike Witches, Vividred Operation) and animated by Silver Link (Kokoro Connect, Non Non Biyori), who will be taking over the role of AIC.

Strike Witches: Operation Victory Arrow Vol. 3 – Arnhem no Hashi will be releasing in Japanese theatres on May 2nd.

Here is the main visual of the series: 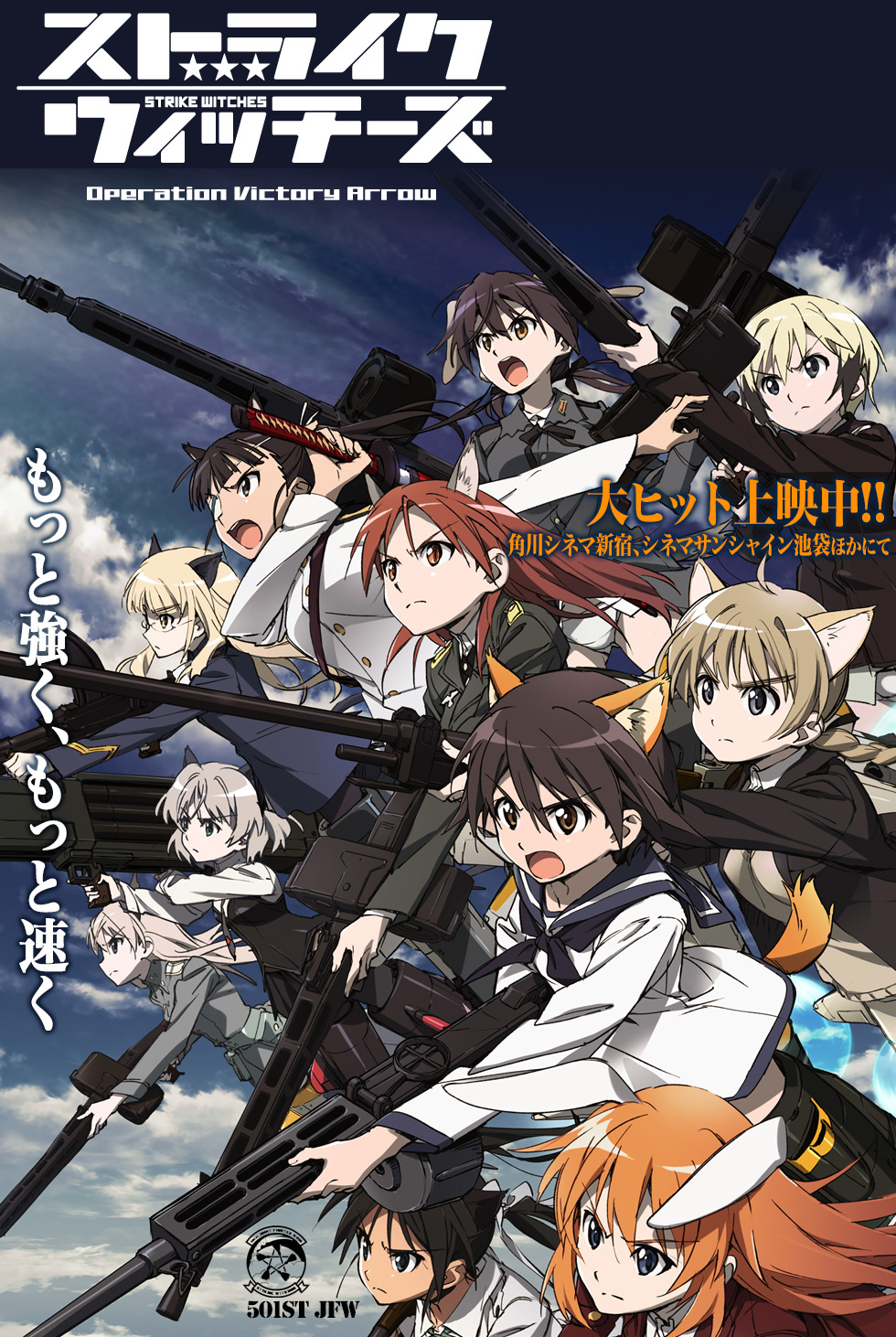 And some stills from the OVA: