During a panel at the recent AnimeNEXT 2017 event in Atlantic City, New Jersey, animation studio Studio Trigger (Kill la Kill, Little Witch Academia) announced that season 2 of Inferno Cop is in production. Further details about the second season were not revealed. 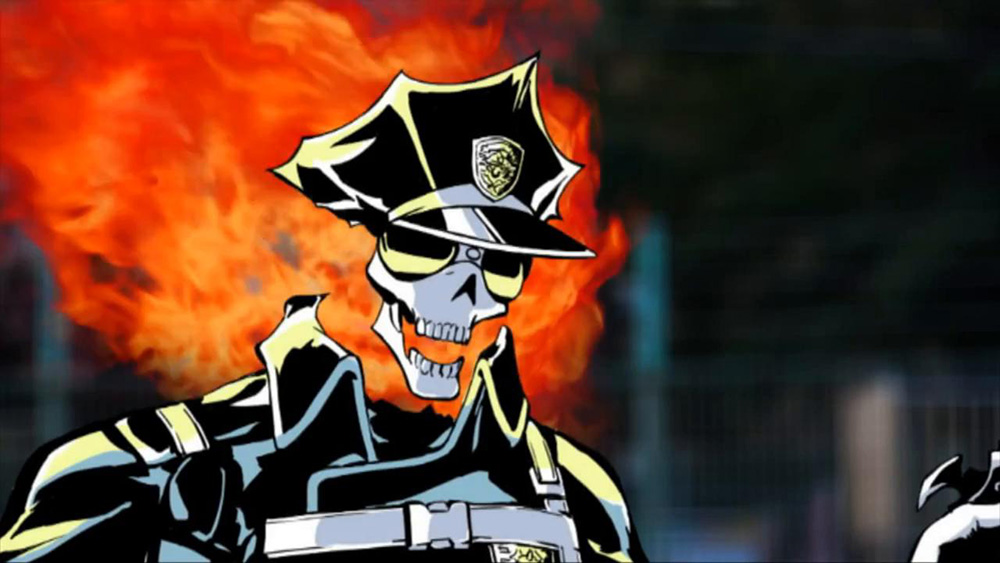 During the panel, an episode of the 2012 ONA series was also screened. The official Twitter account of the anime thanked fans for watching the true final episode.

Here is the first episode of the first series, which can all be found on Youtube via the Anime Buncho channel:

Jack Knife Edge Town is as edgy as it sounds, and it’s up to Inferno Cop to stop that edge from tearing his city apart. He’s both law and outlaw, dispensing ungodly justice to evildoers like a candy machine. Lowlifes, gangsters, and even hellspawn all infest Inferno Cop’s hunting ground, but that’s the good news. The bad news? Prior to the story, his family was brutally murdered by Southern Cross, a shady organization that made the worst mistake imaginable by doing so. Now, Inferno Cop’s limiters have been removed and his mercy rung more dry than the entrails of his victims.

Something is welling up in Inferno Cop’s city, however, and soon he’ll face the most daunting gauntlet of his life involving him literally falling into and escaping from Hell. A flaming head won’t be enough to ward off the true evil that’s rapidly approaching—Inferno Cop must call upon all his allies and his own wacky antics to conquer the trials that await him. A second season of Inferno Cop has been announced and is currently in production. Further details about the new season, including its format and release date, will be revealed at a later date.