Animation studio Madhouse (No Game No Life, One Punch-Man) has announced their next project an original TV anime series titled Uchuu yori mo Tooi Basho (A Place Further Than the Universe) set to air in January 2018. The official website of the series has launched, revealing the first visuals, cast, character designs, promotional video and production staff. 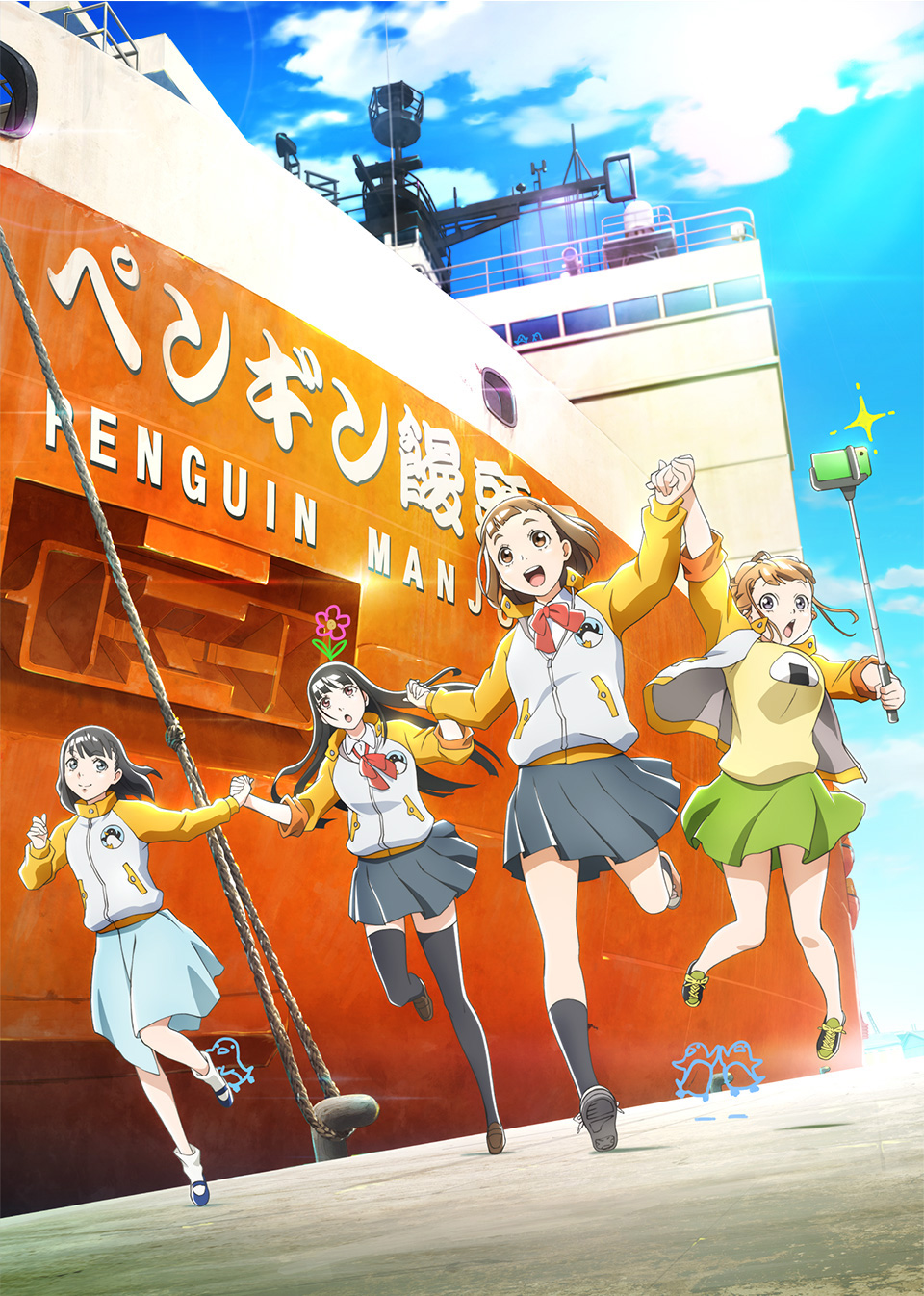 The new original TV anime will air in January 2018 throughout the Winter 2017/2018 anime season. Details about the specific air date and stations the series will air on will be revealed at a later date.

The leading members and first set of character designs have been revealed for the anime’s main cast, which consists of: 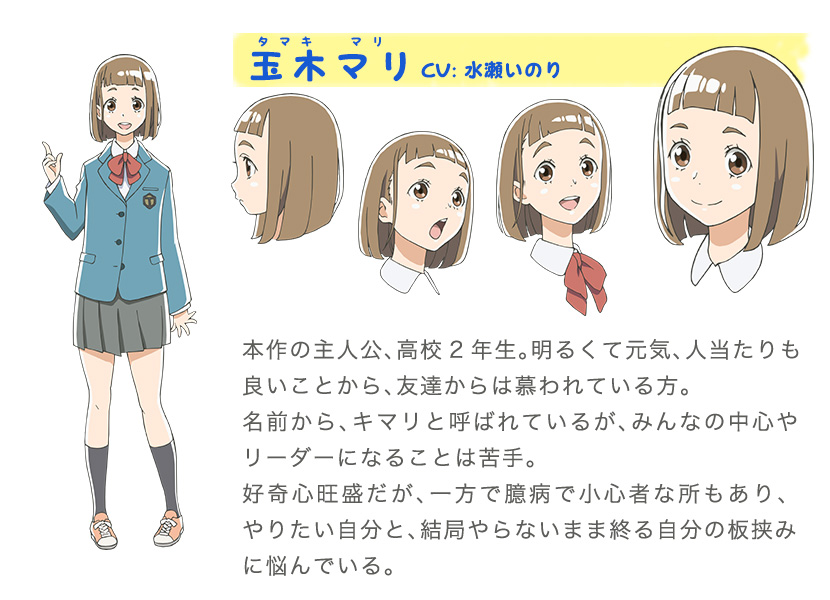 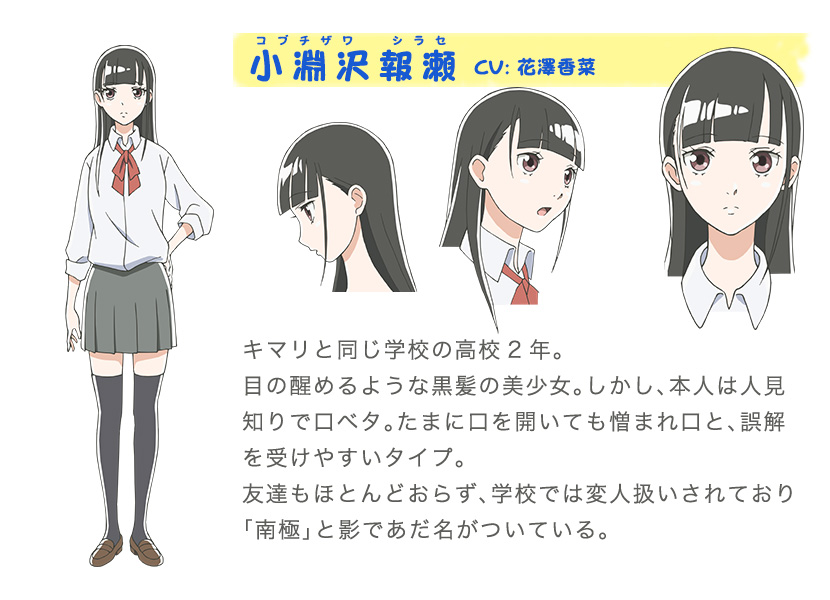 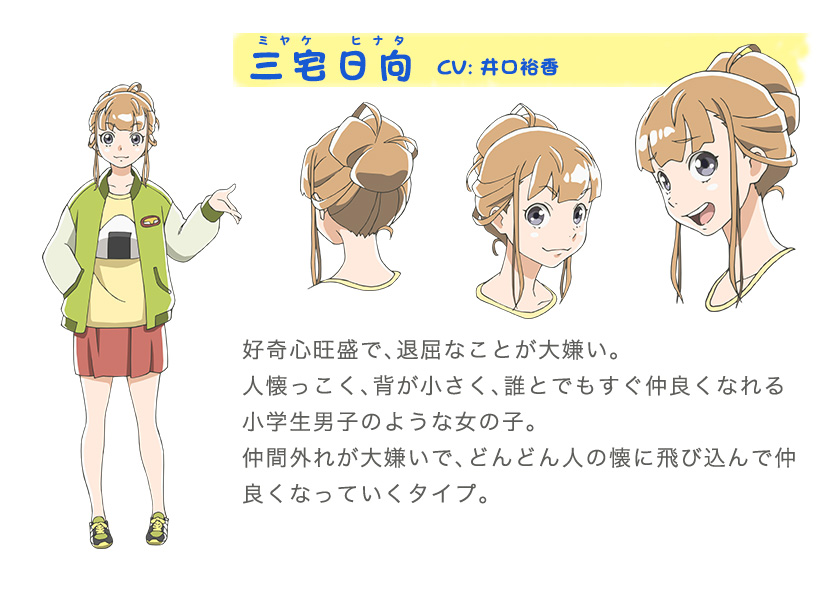 The first members of the anime’s production staff have been revealed, which includes many staff members who worked together on No Game No Life. The currentl staff list includes:

The first promotional video for Uchuu yori mo Tooi Basho has been released with English Subtitles, which introduces to us the main premise and premieres the main character designs:

Here is the original Japanese PV:

A pre-screening event for the anime’s first two episodes will take place on Wednesday, December 27 at Cinema Sunshine Ikebukuro. Voice Actresses Inori Minori and Kana Hanazawa will be in attendance of the event and will host a talk show after the screening. Tickets for the event are currently on sale and will retail for ¥3,800 (~ US$34.00).

The anime’s story centers on high school girls going to the South Pole, “a place further than the universe.” They struggle and grow together as they cope with extreme conditions.

Mari Tamaki is a second-year high school student a sunny disposition. Although she has a great attitude and is admired by her friends, she is not good at finding a place in their midst or being a leader. In spite of being filled with curiosity, she is also rather cowardly and timid. She is troubled by the dilemma that although part of her wants to do things, another part of her just ends up not doing them. Her nickname is “Kimari.”

Shirase Kobuchizawa is a second-year high school student who attends the same school as Kimari. She is a black-haired beauty that turns heads, but she is shy and not good at conversation. When she actually does speak, she can’t help but say rather nasty things, which leads to misunderstandings. She has few friends and is treated as an oddball at school. At school, she is secretly called “Antarctica.”

Hinata Miyake is a girl brimming with curiosity and always looking for fun things to do. She is very friendly and can get along well with everyone. Since childhood, she has been a leader who has always willingly taken on roles of responsibility, such as class committee and club leader. However, she quit high school because of something that happened and is now working part-time at a convenience store.

Yuzuki Shiraishi is a girl who is one grade lower than Kimari and the others. She lives in Hokkaido. She has been an actress since childhood, and she now works as an entertainer while attending high school. She shows maturity and is a good speaker with has polite manners. She is concerned that because of always working, she is unable to make close friends. 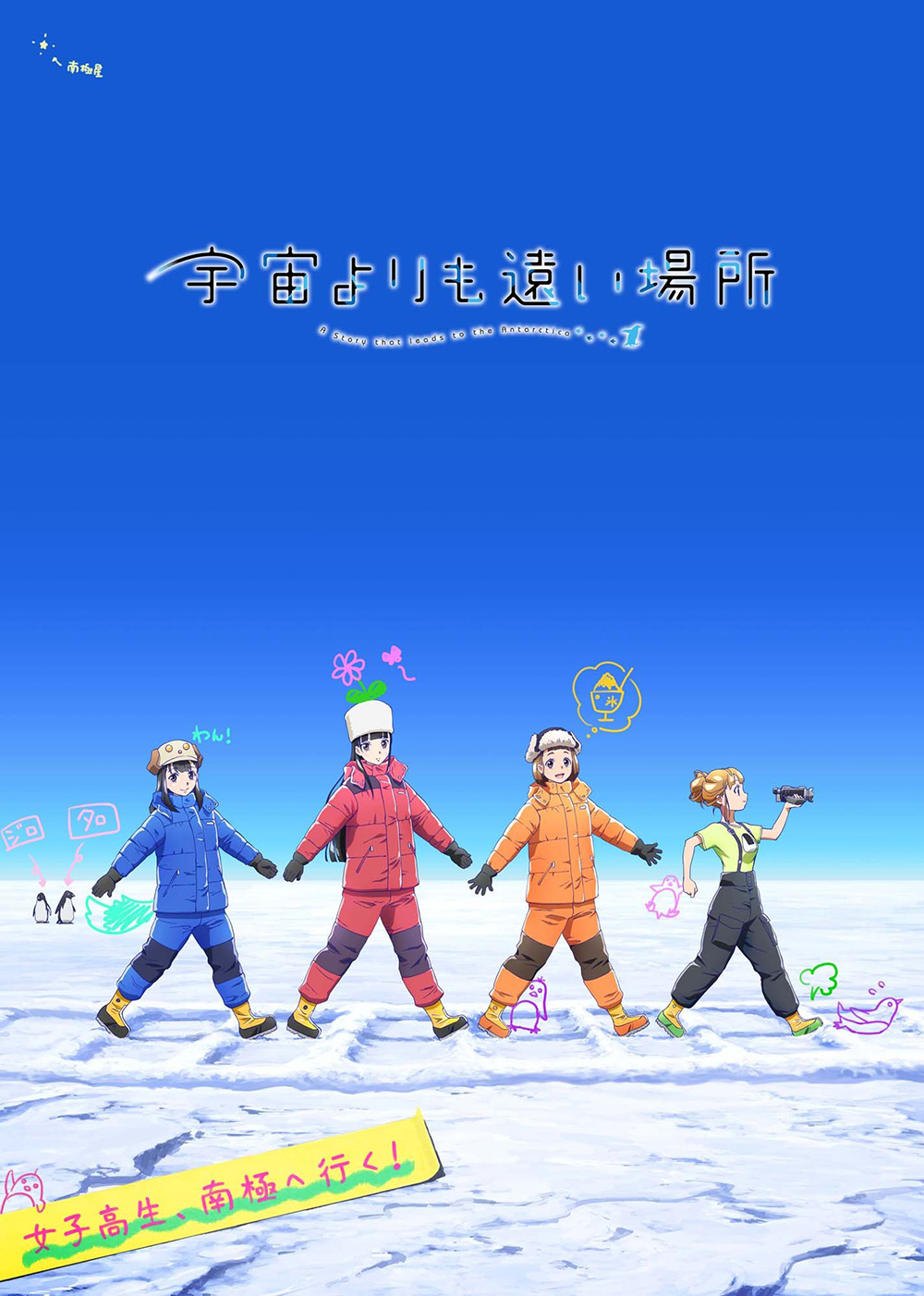 Studio Madhouse will be producing a new original TV anime series, titled Uchuu yori mo Tooi Basho, that is set to air in January 2018, during the Winter 2017/2018 anime season. Further details about the upcoming series will be revealed at a later date.


“Uchuu yori mo Tooi Basho “, “A Place Further Than the Universe”, images, video and all associated brands and titles © 2017 Madhouse and the Yorimoi Partners