The official website of the anime adaptation of Shiro’s Yama no Susume (Encouragement of Climb) manga has announced that a third season of the anime short is in production for 2018. The anime’s main cast and staff will also return. 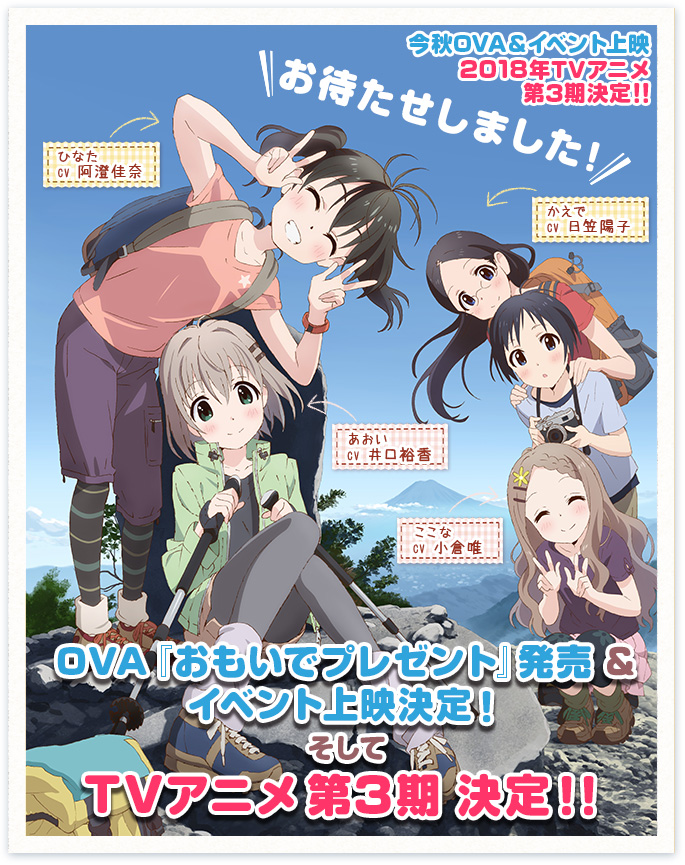 In addition to a third anime season, there will also be an OVA set to release this Fall/Autumn, titled Yama no Susume: Omoide no Present. The OVA will also be screened in 6 cinema locations throughout Japan on October 28th.

Here are two preview images for the OVA: 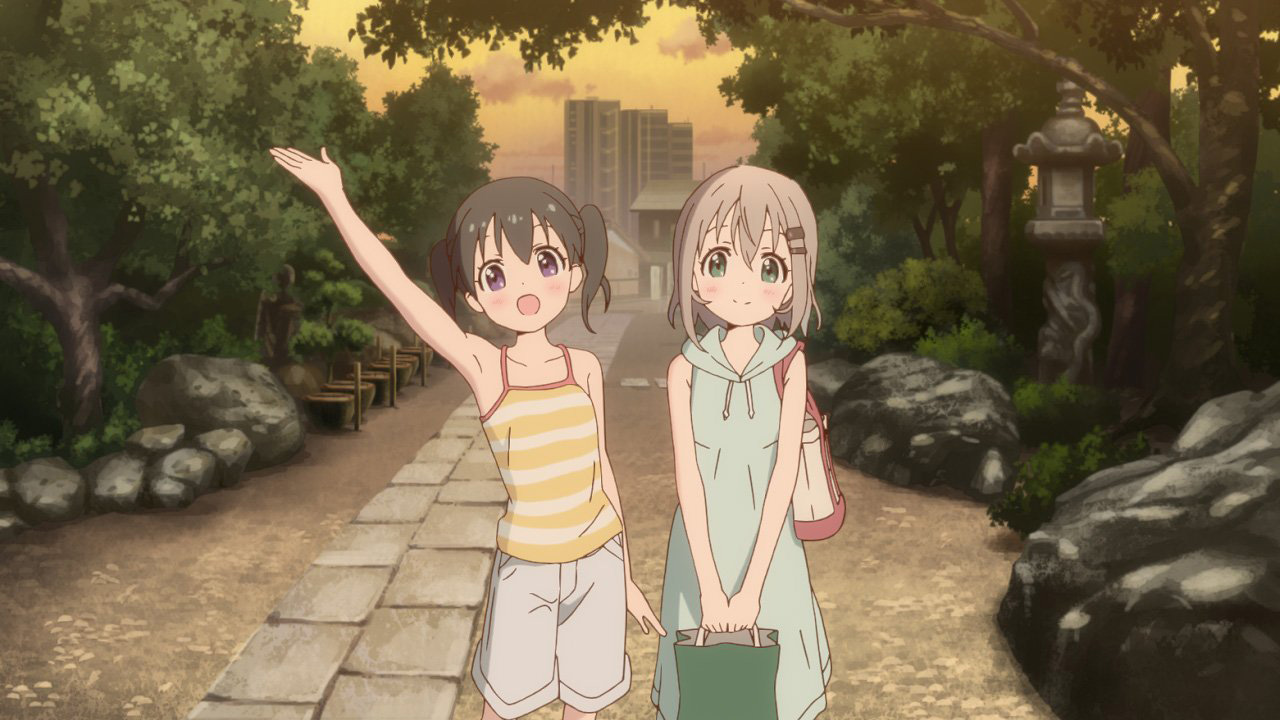 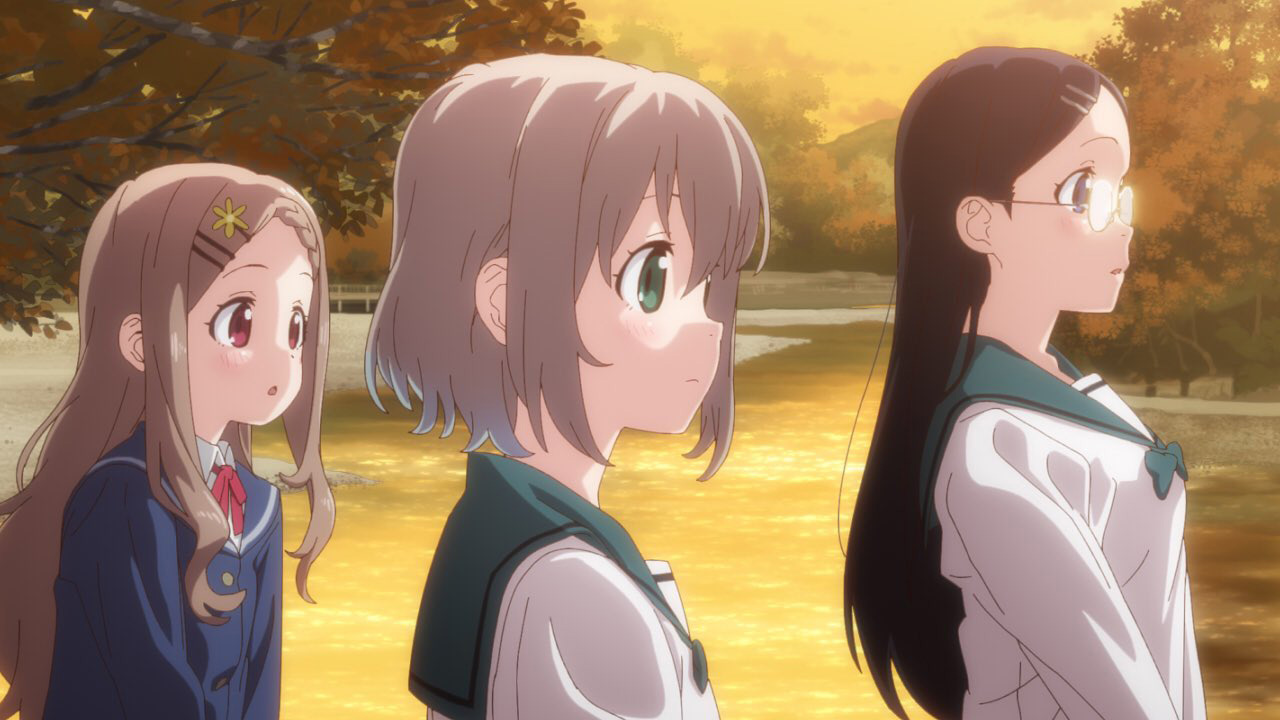 The main staff from the previous 2 seasons will return to produce the third season and the OVA:

Yama no Susume (Encouragement of Climb) is a manga series written and illustrated by Shiro. The manga began in 2011 in Earth Star Entertainment’s Comic Earth Star magazine. An anime adaptation was produced last year from studio 8-Bit (Tokyo Ravens, Infinite Stratos) and directed by Yuusuke Yamamoto (Welcome to the N.H.K., Walkure Romanze). The series ran for one season with each episode being approximately 5 minutes long. A second season of the anime aired in July 2014 for a total of 24 episodes, each approximately 12 minutes long. 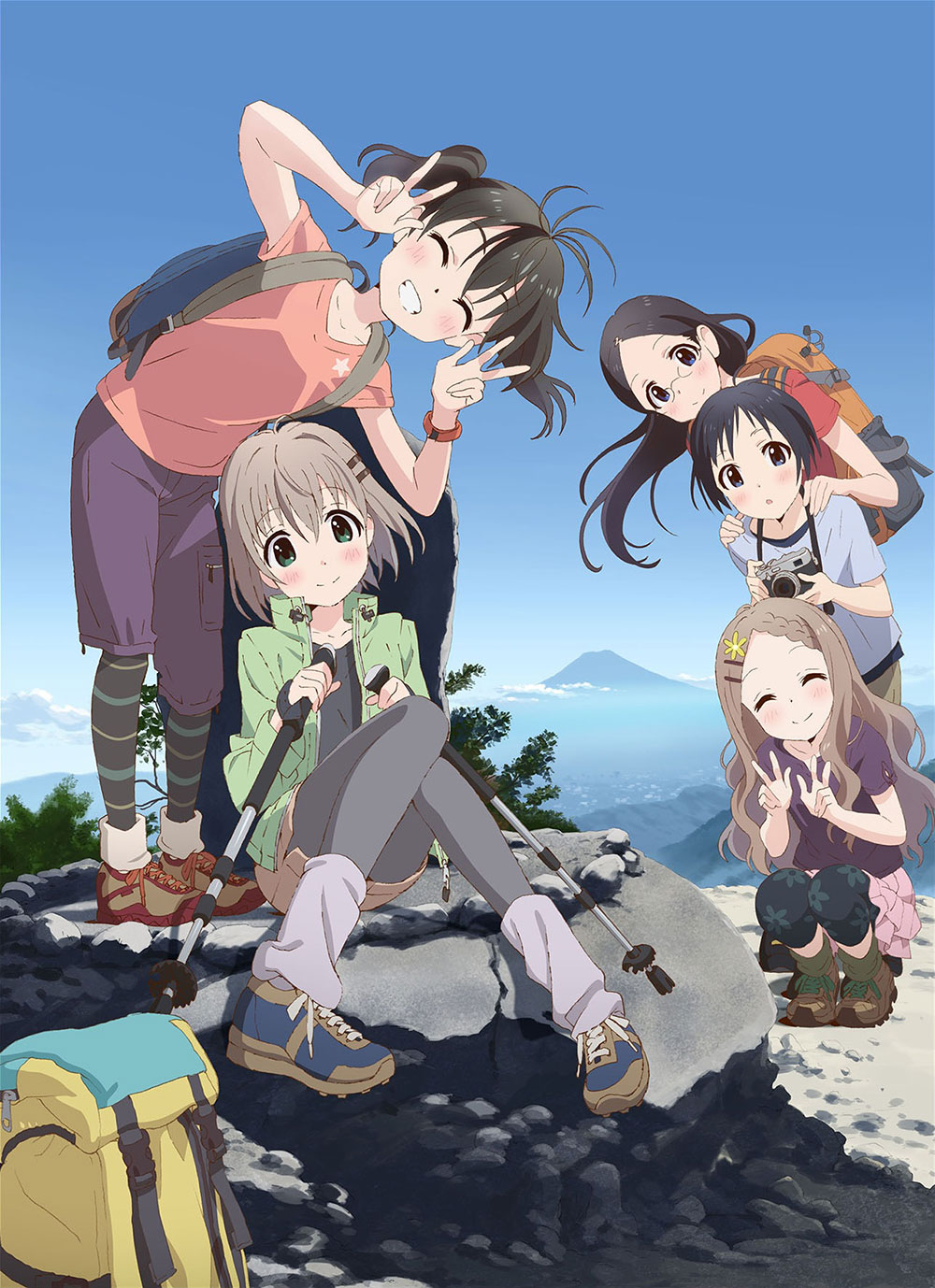 The third season of the Yama no Susume anime is currently in production and will broadcast in 2018. An OVA will release later this year, with theatre screenings on October 28 in 6 cinemas across Japan. Further details about the new season and OVA will be revealed at a later date.