A brand new anime based on Ikki Kajiwara and Tetsuya Chiba’s Ashita no Joe manga has been announced under the title Megalo Box. The anime itself will be a spin-of of the original boxing manga and is currently slated to air in the Spring 2018 anime season. The first details, visual and promotional video were also revealed. 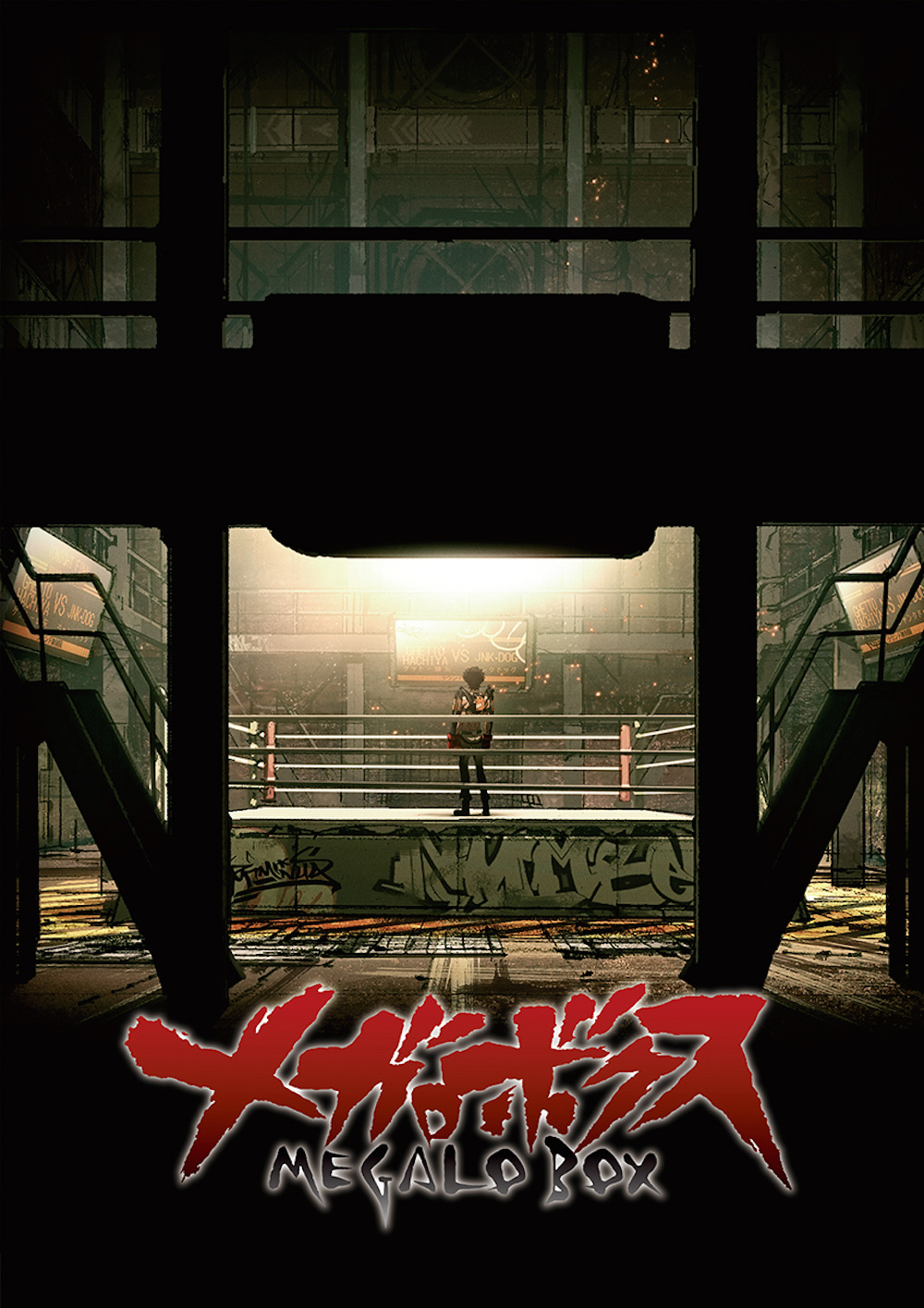 2018 will mark the 50th anniversary of the Ashita no Joe manga. In celebration of the monumental landmark, the brand new anime is in production. The series itself will not adapt the original story but will feature an original story with all new characters.

In the new story, a man called JD (Junk Dog) participates in fixed boxing matches in an underground ring in order to live. Today, he enters the ring again, but he encounters a certain person. JD wants to take on a challenge that risks everything.

The first members of the anime’s production staff were revealed and will include:

The first preview image for the upcoming anime was also reviewed: 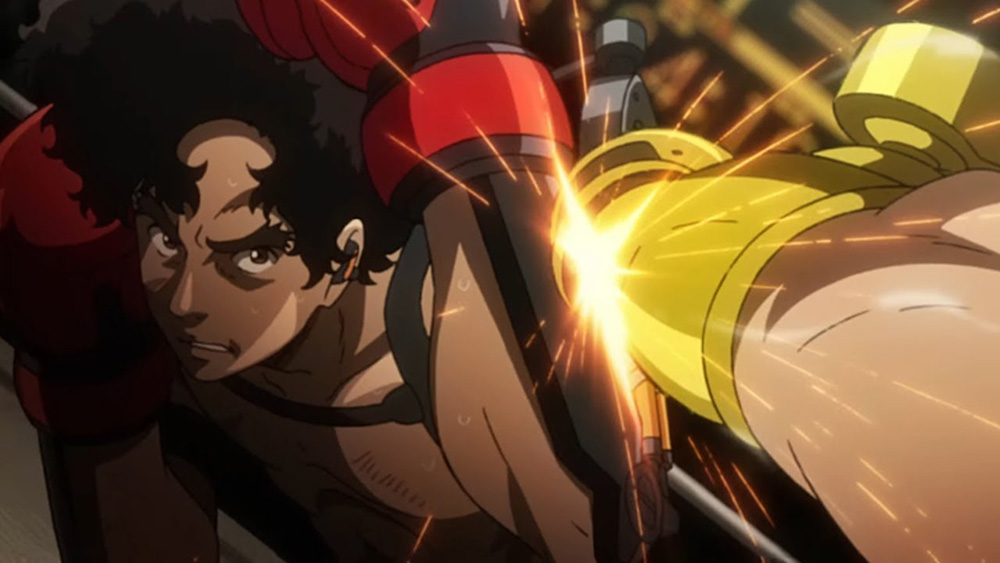 Ashita no Joe is a sports manga written by Ikki Kajiwara and illustrated by Tetsuya Chiba. The series ran in Kodansha’s Weekly Shonen Magazine from 1968 till 1973 for a total of 20 compiled volumes. The series has received critical acclaim and has sold over 20 million copies since release. Ashita no Joe has been an influential manga inspiring many sports manga such as Hajime no Ippo and Shijou Saikyou no Deshi Kenichi (Kenichi: The Mightiest Disciple). The original series has inspired multiple anime adaptations, including a TV series, OVAs.and even a live action film adaptation in 2011.

Joe Yabuki is a troubled young man who runs away from an orphanage. Wandering through the Tokyo slums, he meets former boxing trainer Danpei. Joe is later arrested and goes to a temporary jail where he fights Nishi, his future best friend and leader of a group of hooligans. He and Nishi then go to a juvenile prison miles away from Tokyo. There Joe meets Rikiishi, a former boxing prodigy, and a rivalry develops between them. They face each other in a match in which Rikiishi dominates Joe until the latter hits him with a cross-counter, resulting in both being knocked out. This inspires the other prison inmates to take up boxing. Joe and Rikiishi vow to fight again. 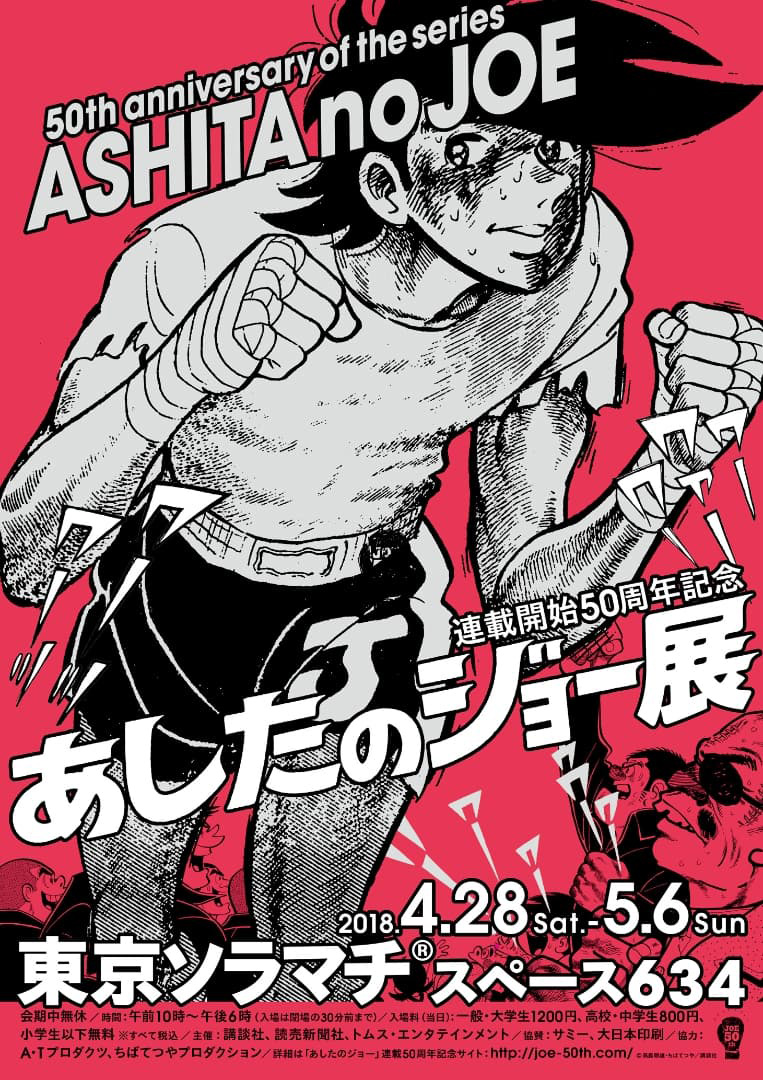 A brand new anime based on Ikki Kajiwara and Tetsuya Chiba’s Ashita no Joe manga has been announced as Megalo Box. The series will feature a new original story with a new cast, and is scheduled to air in April 2018, during the Spring 2018 anime season. More information will be revealed in the months leading up to the premiere.