The official website of the anime adaptation of Ayano Takeda and Nikki Asada’s Hibike! Euphonium (Sound! Euphonium) has revealed a brand new visual and trailer for the upcoming theatrical OVA. 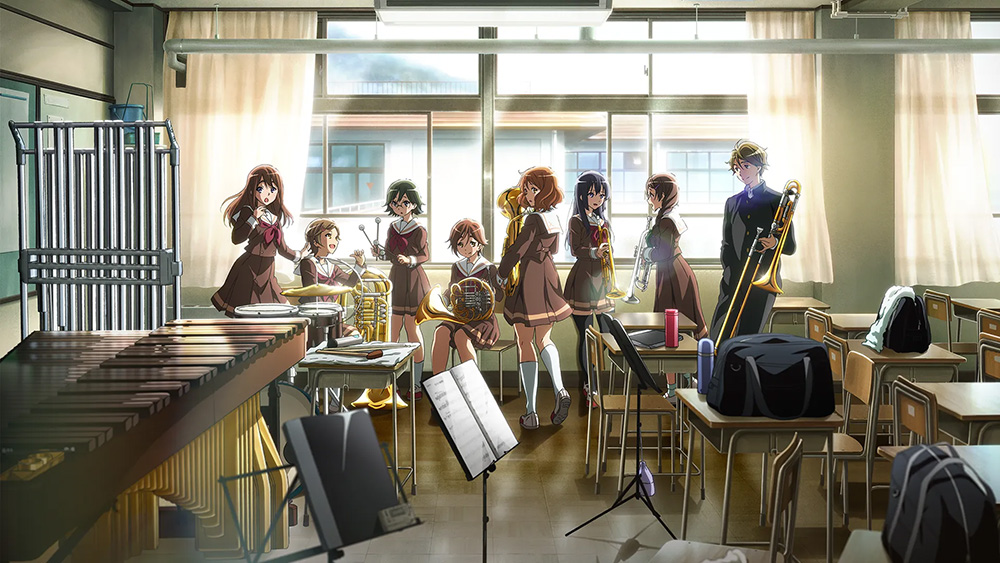 The upcoming OVA will cover the Ensemble Concert arc and will have a limited release in theatres across Japan this Summer.

Here is the first teaser trailer for the OVA:

In addition to the OVA, a third season of the TV anime is also in production. The new season will follow Kumiko in her third year in high school, which adapts the sequel novel. The third season is slated for 2024.

Here is the announcement PV:

Hibike! Euphonium: Kitauji Koukou Suisougaku-bu e Youkoso (Sound! Euphonium) is a music novel series written by Ayano Takeda and illustrated by Nikki Asada. The series ran for a total of 12 compiled volumes, published by Takarajimasha from 2017 to 2019. The series was also adapted into a manga in 2014, published under Kono Manga ga Sugoi! Web magazine for a total of 3 volumes. An anime adaptation of the series was produced for the Spring 2015 anime season by Kyoto Animation (Hyouka, Amagi Brilliant Park) with Tatsuya Ishihara (Clannad, Chuunibyou demo Koi ga Shitai!) directing. The anime ran for a total of 13 episodes. An anime film was produced in early 2016 and a second season during the Fall/Autumn 2016 season for 13 episodes. It was soon followed by a spin-off film in 2018, Liz to Aoi Tori 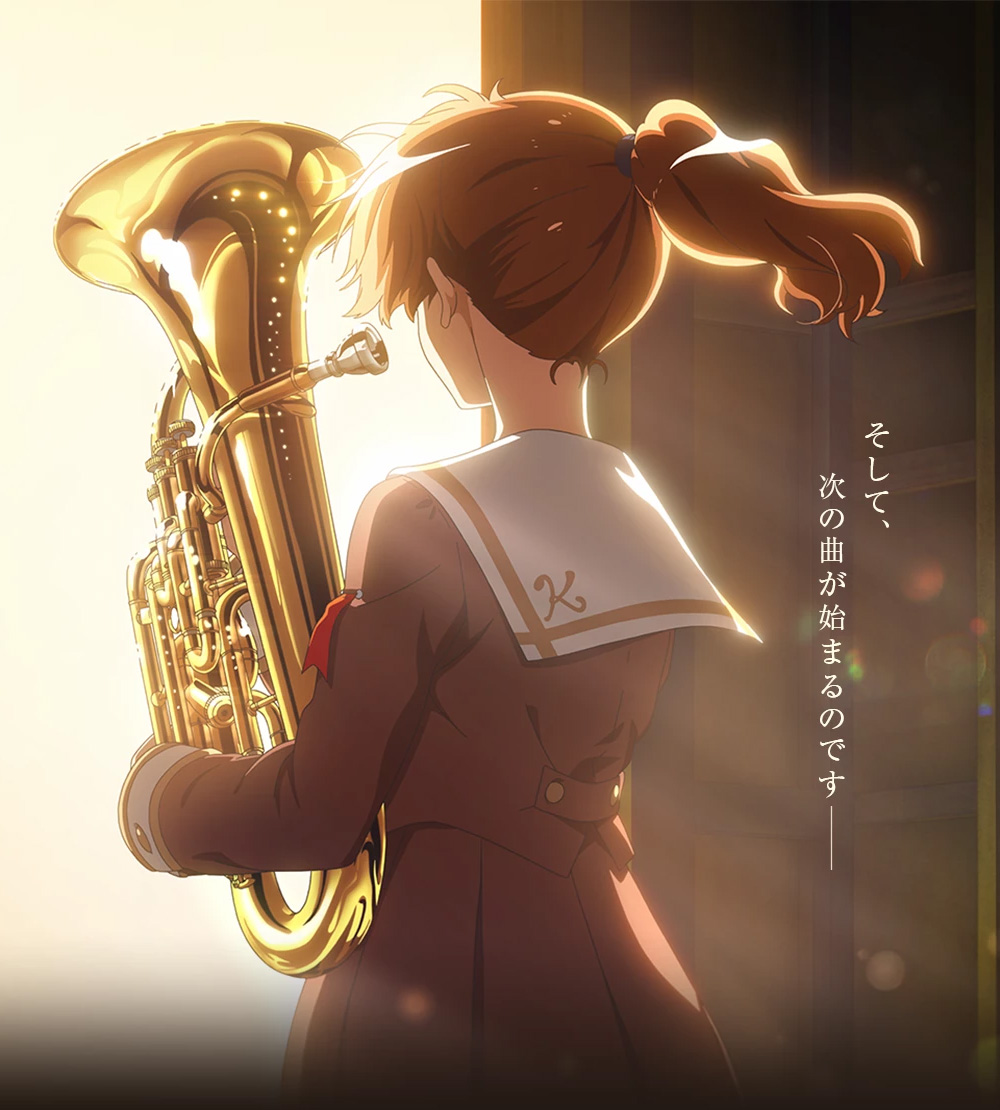