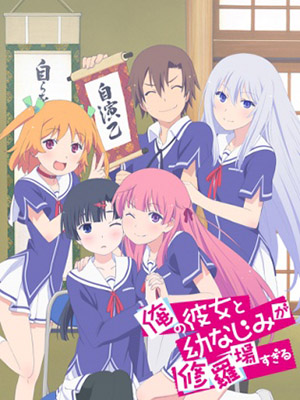 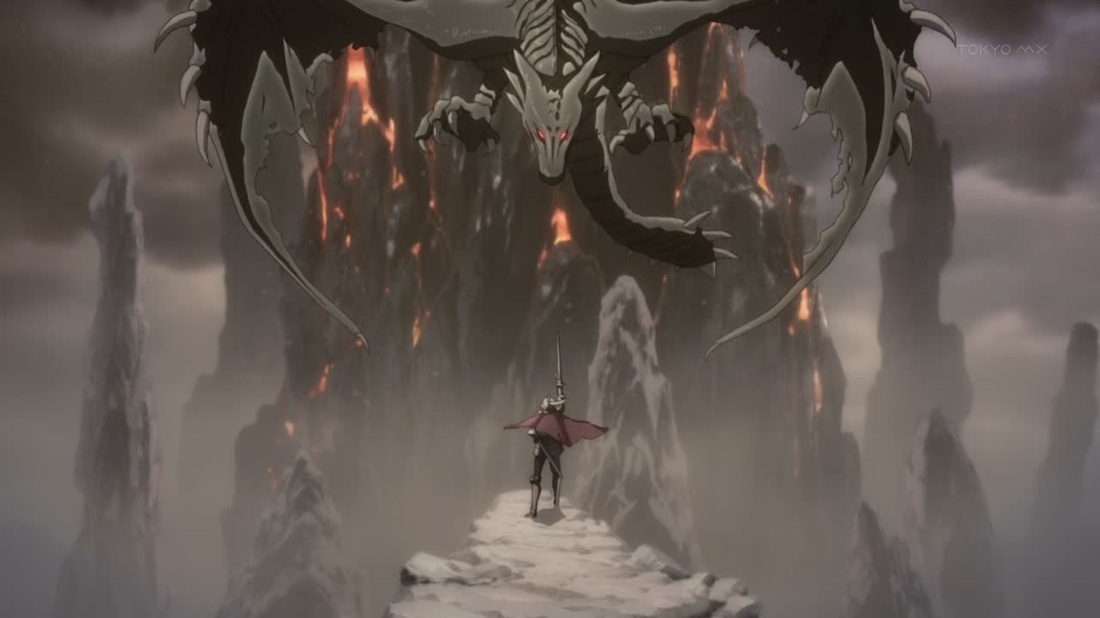 Look, a normally timed anime. Anyways, Ore no Kanojo to Osananajimi ga Shurabasugiru or OreShura is the first proper length anime I seen this season. The anime has a generic setting so far, with the premise of slice of life and the harem being obvious. At first the anime opens up with a serious fantasy like setting- since I forgot what it was all about I thought it may be like SAO- but then the opening shows otherwise. 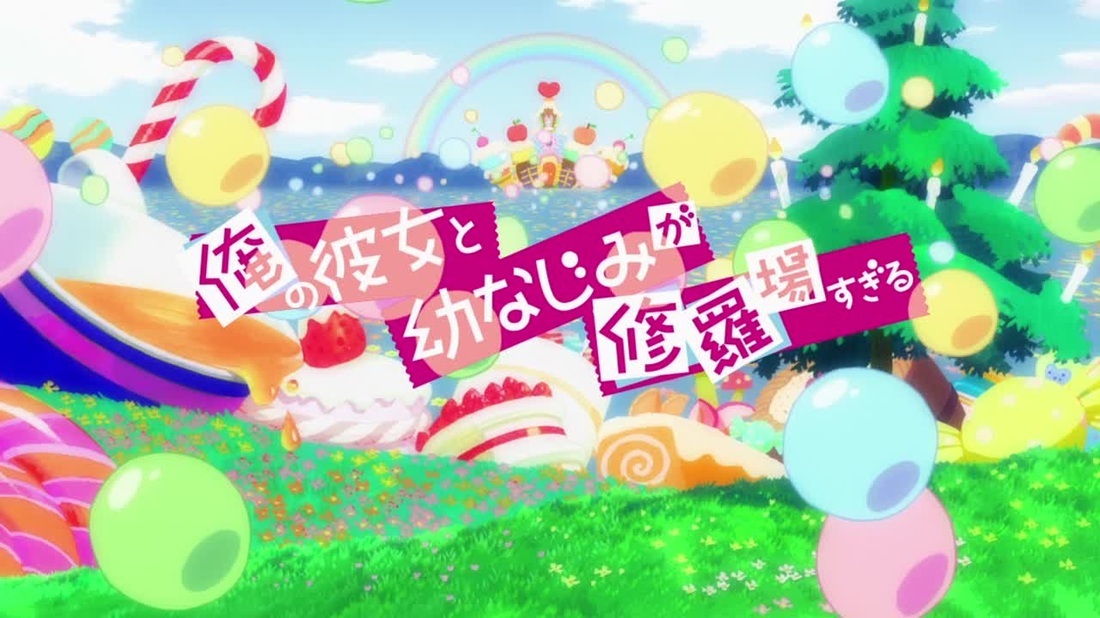 The series follows Eita as he goes through high school in his second year- a masterpiece and original idea, I know- with the troubling and antics of his childhood friend Chiwa. Eita is like the male version of Shizuku from Tonari who always focuses on studying and nothing else. Chiwa has that imouto complex without all the onii-chan stuffing, and she has orange hair- original, I know. We see their relationship- at first I thought they were siblings- and how Eita looks after her by cooking- since their parents are busy. There seems to be a supervisor around called Saeko but she arrives late.

At high school, Eita isn’t a popular kid nor does he want to, he just want to get into med school so he studies. Then we meet the next main character, Masuzu Natsukawa who is apparently the most popular girl in the school- with obnoxiously long hair. A seating arrangement later and she sits next to Eita and takes an interest to him. Then there’s a confession and some rather funny ‘touch myself to you’ moments and they start walking together. Little to everyone’s knowledge, she was actually playing Eita- well, he knew to some degree anyways. 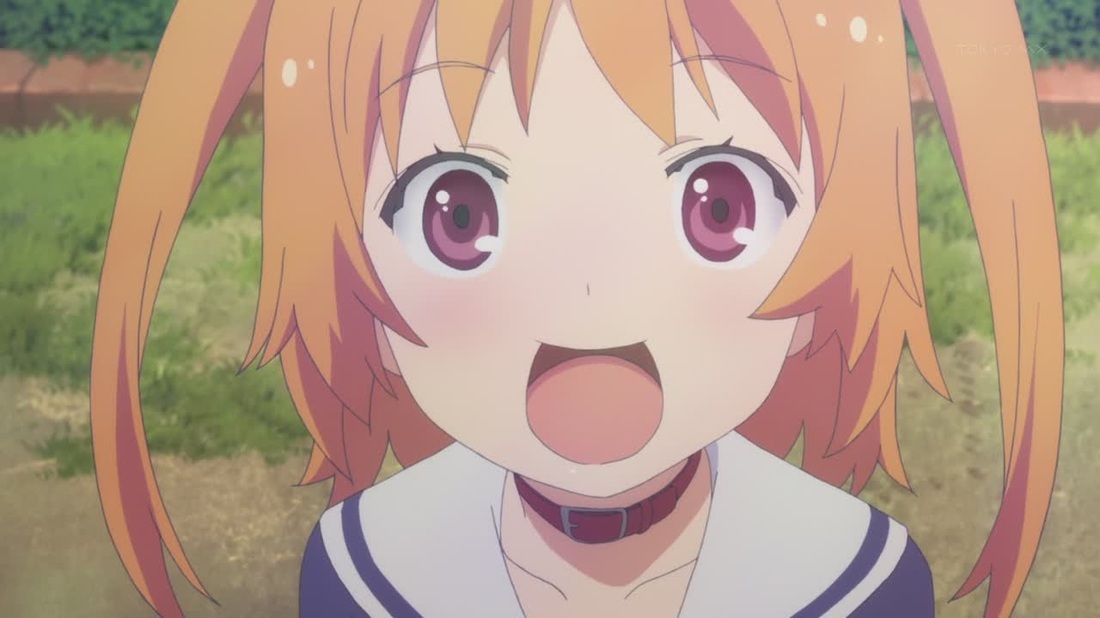 The opening is colours flashing everywhere with a glossy hue all over the girls. The entire opening is just girls, Eita’s harem. The ED is not present in this episode but the song is. The animation is quite good with strong tropical colours beaming out everywhere, and Eita looking like a character from SAO- or is that how all A-1 Picutes anime look? The voices seem to be good and so are the moe faces. Yea, reviewing voices is never anything I like to review- I know little of it. 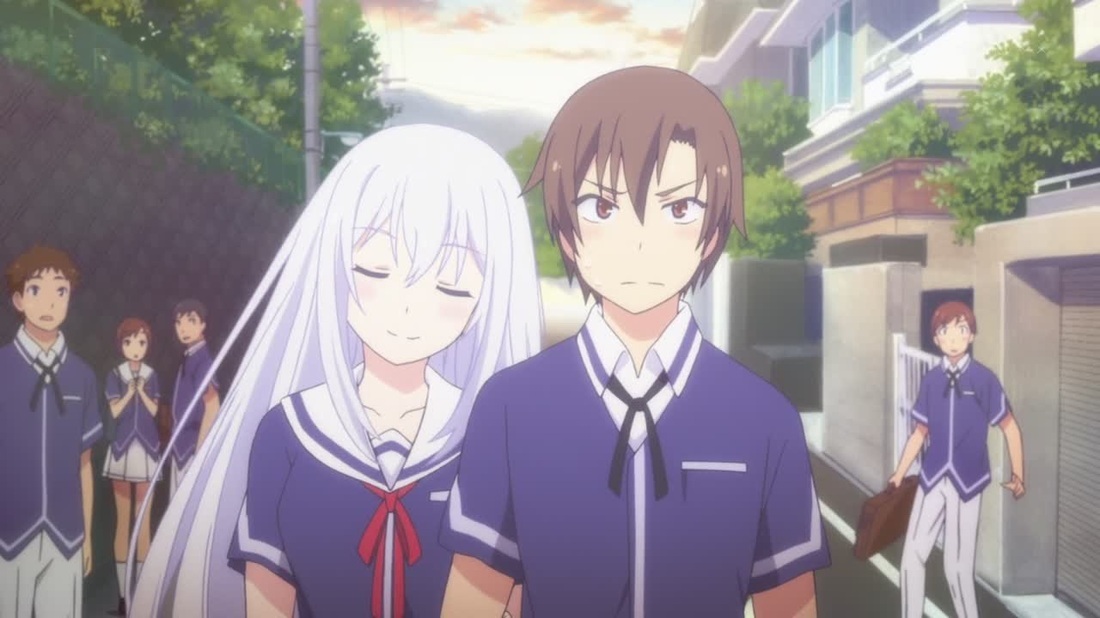 The first episode has many funny moments, like the three rules and panties. The anime looks quite pleasing with all its colours and seems rather enjoyable despite its generic out take.