This week’s issue of Shueisha’s Young Jump magazine has revealed that the upcoming second anime adaptation based on Sui Ishida’s Tokyo Ghoul manga will be airing from January 8th next year on Tokyo MX. 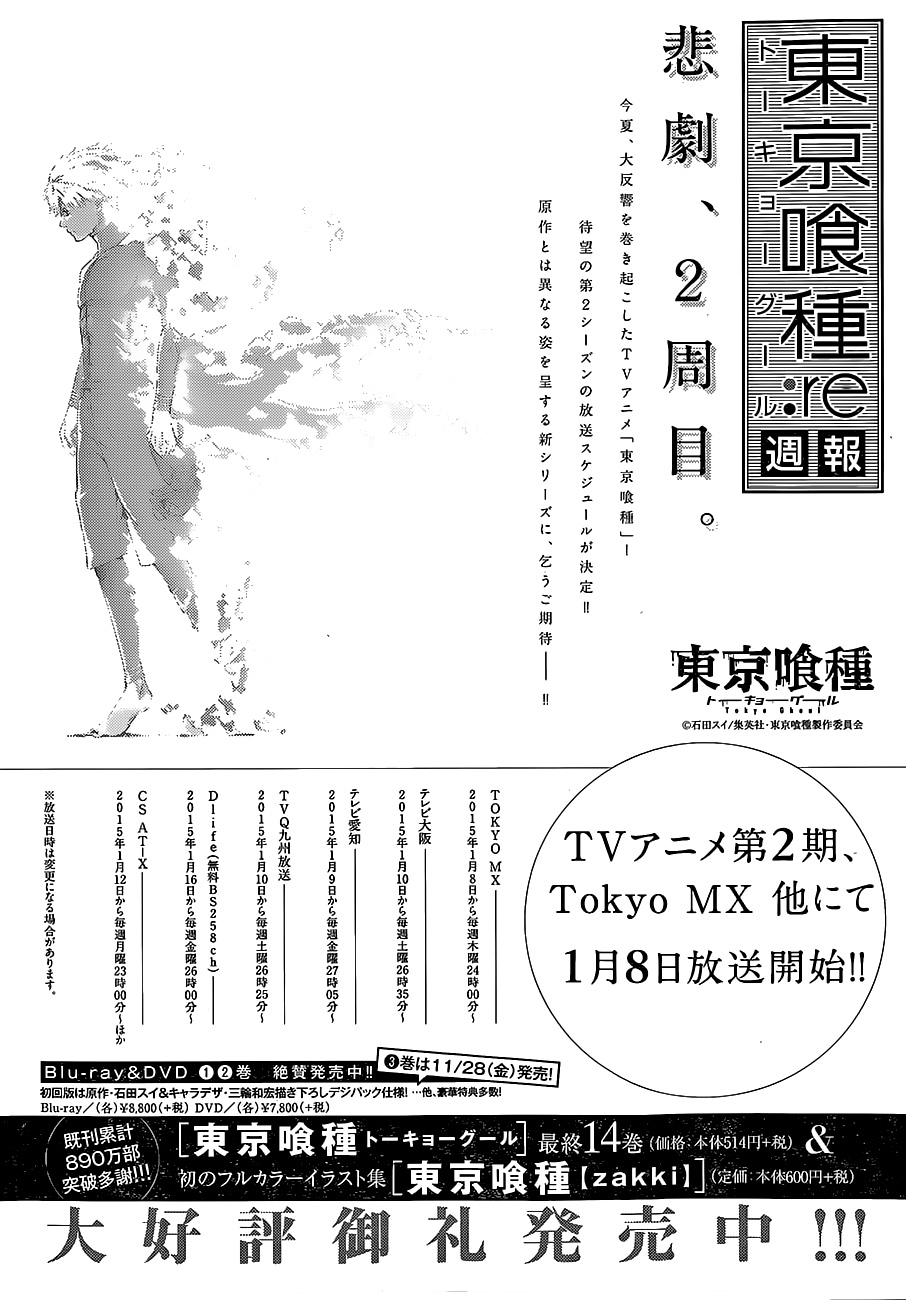 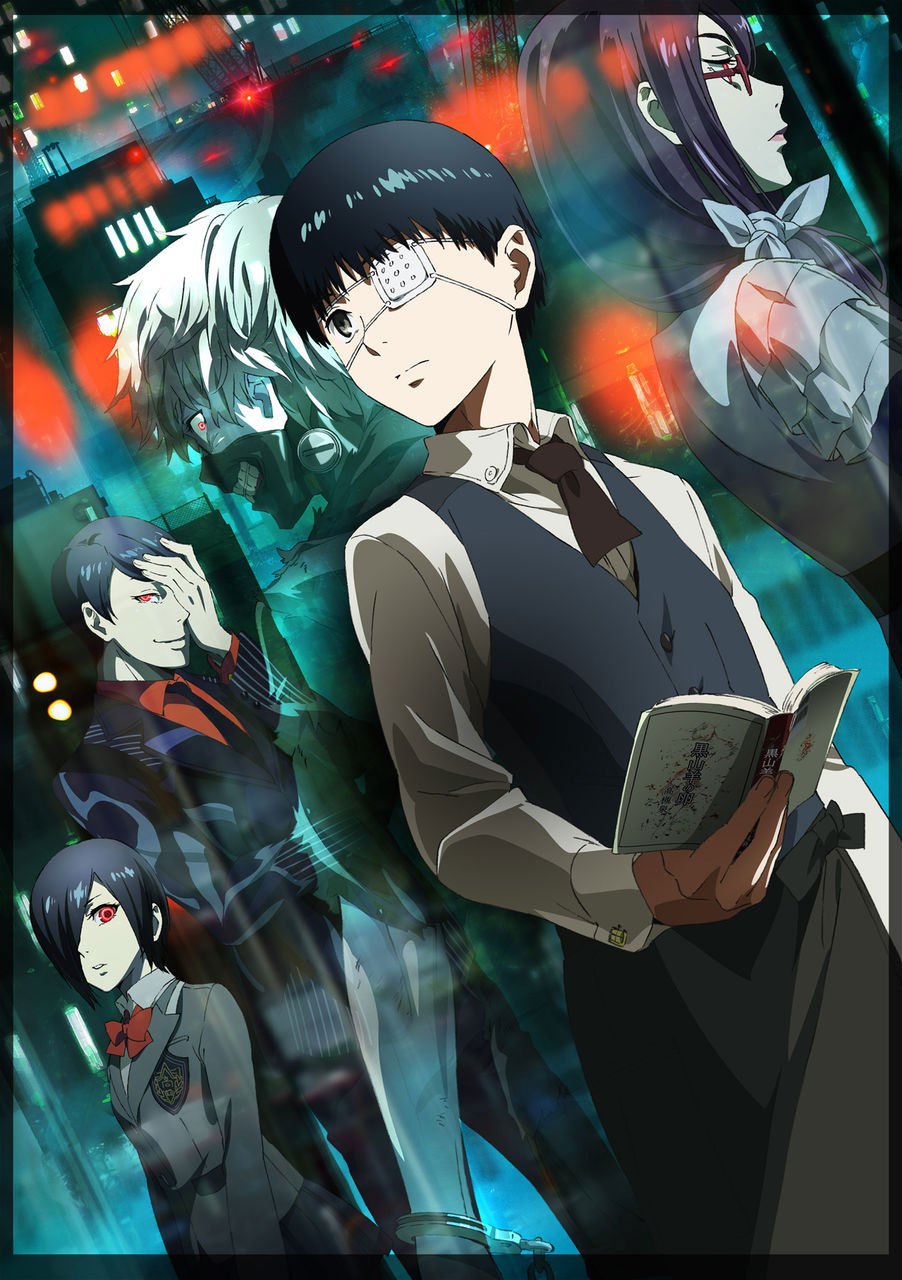 The second season of the Tokyo Ghoul anime will begin airing from January 8 next year during the Winter 2014/2015 anime season on Tokyo MX. More information will release soon.