Cons
– The irritating time system
– No checkpoints or AutoSaves

Sharpen your knives and start your chainsaws! Dead Rising II is finally out of development and available to the eager zombie fans. After the original Dead Rising debuted on the Xbox 360 exclusively, a new and unique genre of intense and gory zombie slaying action was introduced to the video game world which allowed players to smartly make zombie killing weapons from everyday items. Now in 2010, the long awaited sequel is released and the game is developed by Capcom and Blue Castle which both are famous and known for their quality games including the Resident Evil games. The same team from the original Dead Rising has returned including Keiji Inafune and all the elements which made Dead Rising great is retained in Dead Rising II as well. Dead Rising II has very unique gameplay of slaying zombies, engrossing and satisfying plotline however does have its small drawbacks such as only fair graphics and no checkpoint system. 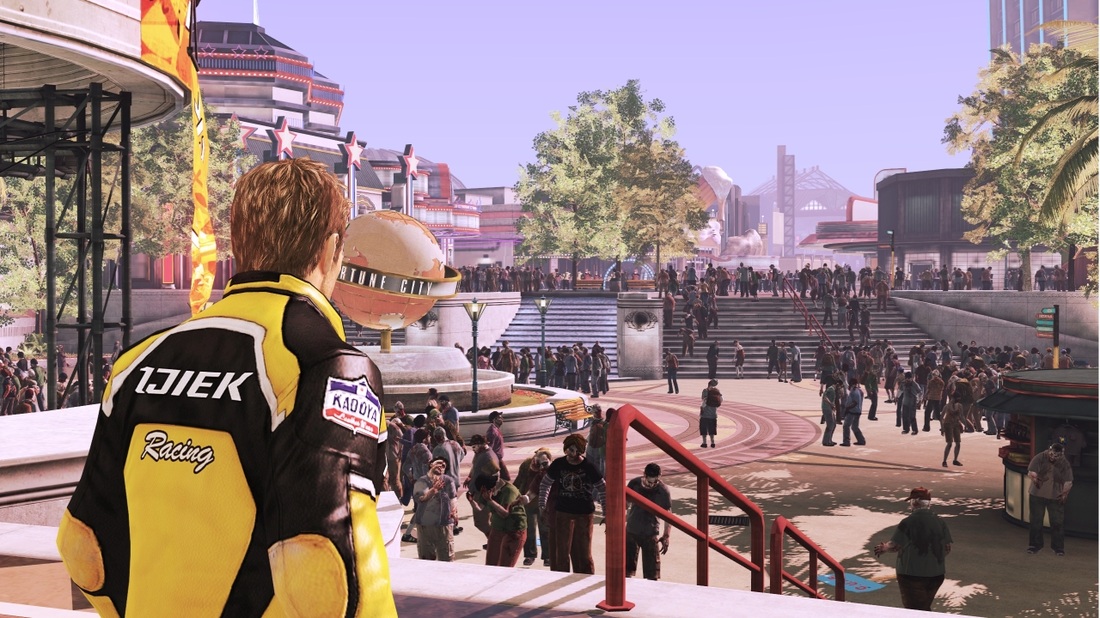 What distinguishes Dead Rising II as such a fun and unique game is that no other game has what if offers. The whole game thrusts the player in the shoes of Chuck Greene who is a former motor cross rider who has to fight against the undead in order to protect himself and his seven year old daughter, Katey. Dead Rising II’s zombie killing action is so fun it’s unbelievable as there are over thousands of ways to slaughter the undead with methods involving chainsaws and metal baseball bats. In Dead Rising II you can find numerous everyday items such as broom sticks, buckets and then duct tape them together to form deadly zombie slaying weapons that have gruesome effects. With so many ways to slaughter the undead you will never get tired of the gameplay of Dead Rising II and the game essentially guarantees you hour after hour of absolute carnage.

The time system of Dead Rising has been left in Dead Rising II and this has been met with mixed reaction, as in the original game many players found the time system getting in the way of exploration. Essentially, in Dead Rising II’s time system is that all the story missions occur on certain times and Chuck always has his watch with him and he needs to be in certain places and certain times. The main issue players found is that once you miss an important event it becomes expired and you must reload a save point which in a way hampers the time players are allowed to explore Fortune City. Personally, I found the time system irritating as I did not receive adequate time to complete all the side missions however the time system is also very importantly linked to the plotline of Chuck having to survive for 72 hours. Even though there was some time pressure when I played Dead Rising II, generally I had enough time to do most missions in order and had a great amount of fun exploring Fortune City’s glitz and glamour. 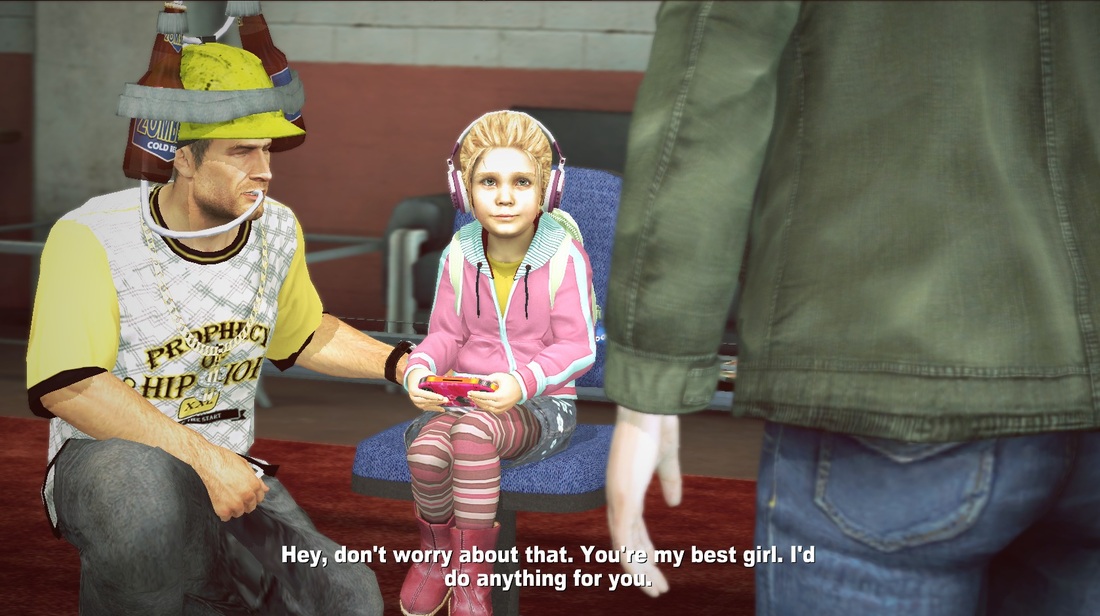 The graphics of Dead Rising II are certainly not bland however do feel a bit behind for its time. General graphic capabilities are present in Dead Rising II and the game doesn’t look too bad since when taken into consideration that over 7,000 zombies appear on the screen at the same time the graphics will certainly take the toll. The zombies do look detailed and the blood effects have been created to a high standard. The frame rate of Dead Rising II is acceptable however at times frame rates do slightly drop and this can be noticed with a careful eye.

The storyline of Dead Rising II is pretty interesting and mainly is about Chuck Greene and his zombie infected daughter. A new miracle drug called Zombrex can stop the zombifying effect from taking place for 24 hours. Chuck has to find new doses of Zombrex for his daughter every 24 hours to prevent her from transforming and the two fight to survive a large zombie outbreak at Fortune City. By no means is the plotline fit for a novel but it certainly has its interesting points and will keep you hooked till the very end. The game lasts for 72 in-game hours where the military will end quarantine and the ending of the game will be told. 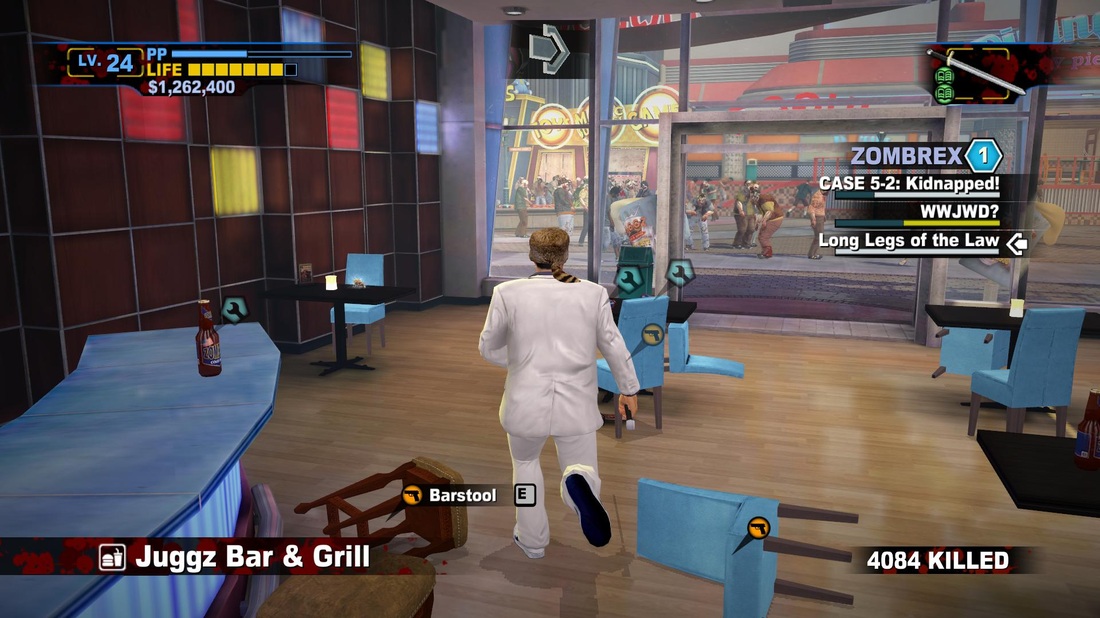 One slightly bothersome factor of Dead Rising II is that the game’s save system is entirely manual and no form of auto save is included at all. This subtle yet annoying feature can trouble players since once they die they must reload their most recent manual save and if you forget to save manually at a restroom you have essentially lost a lot of game time.

Overall, Dead Rising II is an excellent and engrossing game which features unique gameplay of slaying zombies in a zombie infested resort. This game should be bought by anyone who has an interest with the undead or wished to play a game similar to movies like Dawn of the Dead. This is an excellent and unique game and just addictive. 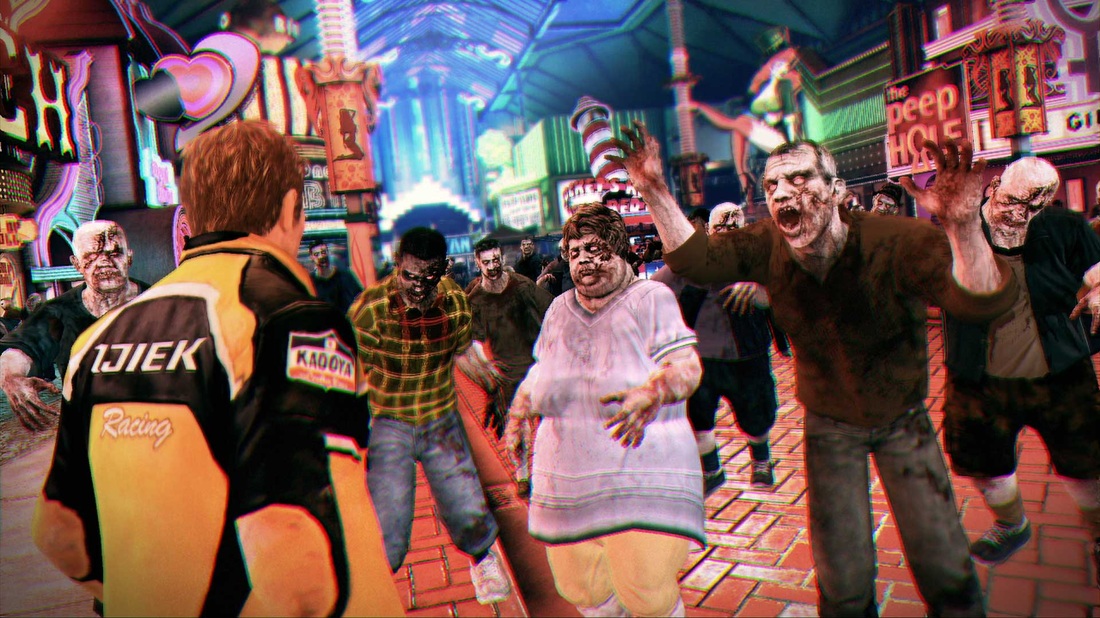 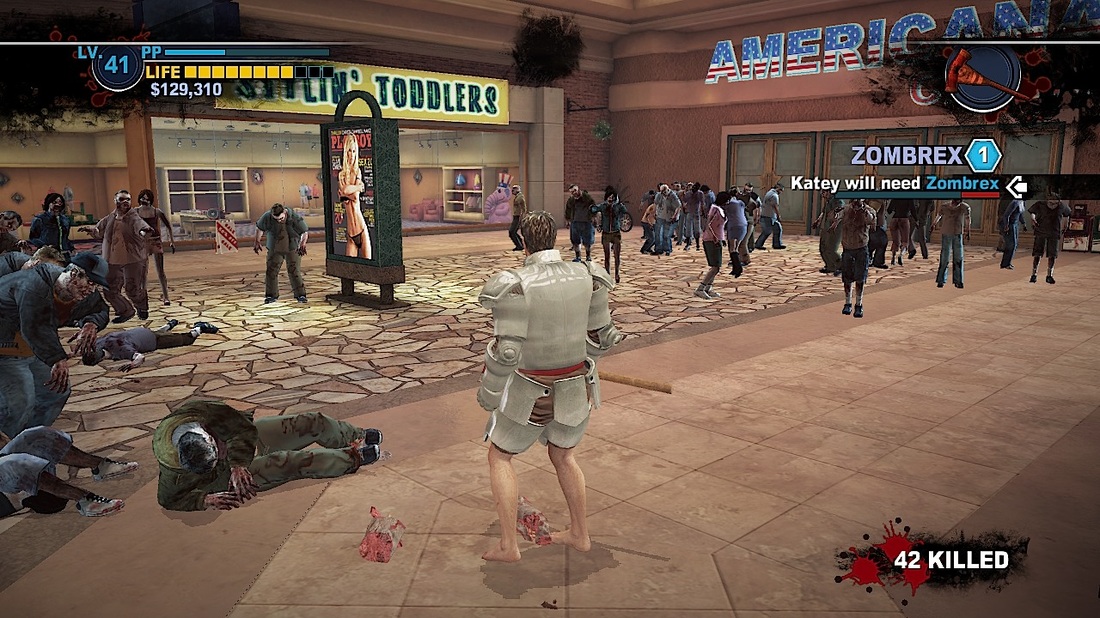