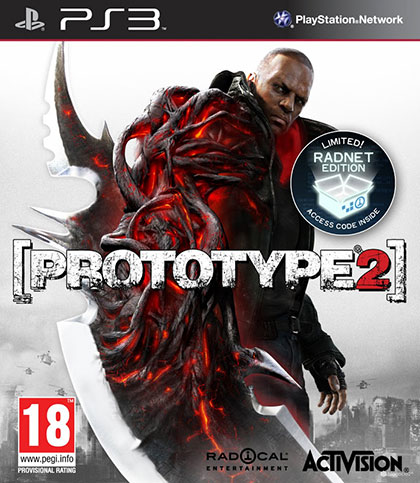 Having unlimited destructive power or becoming a god has been tampered with in video games in recent years. 2009’s Prototype brought out these ideas in an open sandbox city with fluid controls and also had a pretty steep difficulty. Rivalling with InFamous, Prototype never did rise above its competition but stayed in the back seat. Rather it was just some mindless fun with the murderous creature Alex Mercer. Prototype 2 continues after the first and delivers similar results with the same enjoyable combat, a large vault of powers and a big sandbox to play in. Prototype 2 allows you to leap above buildings, soar through the air and slice and dice multiple enemies without care. It’s entertaining for the while but drags on since the game offers little challenge and a weak plot that doesn’t develop well enough. Prototype 2 is a small fun experience but doesn’t merit what it could’ve lived up to.

Enter Sgt James Heller, an US Marine who was on patrol in New York City, which has been split up into three zones- The Red Zone, Yellow zone and Green Zone- whose helicopter has been taken down by none other than Alex Mercer. Heller is the only survivor of the crash and pursues after Mercer on foot. After a short chase and a few encounters with monsters Mercer eventually captures Heller and infects him with the Mercer virus, which in turn gives him powers beyond human but Heller falls unconscious and captured. Experimented on, Heller fights wave of infected to test his new powers while in a facility, but eventually escapes. Heller then meets with his ‘creator’ again, who tells James why he was selected to be infected. Confused and wanted, James turn to his family church’s father to fight against the Blackwatch Special Forces and find out about Alex Mercer’s motives and the truth behind his wife’s and daughter’s murder. 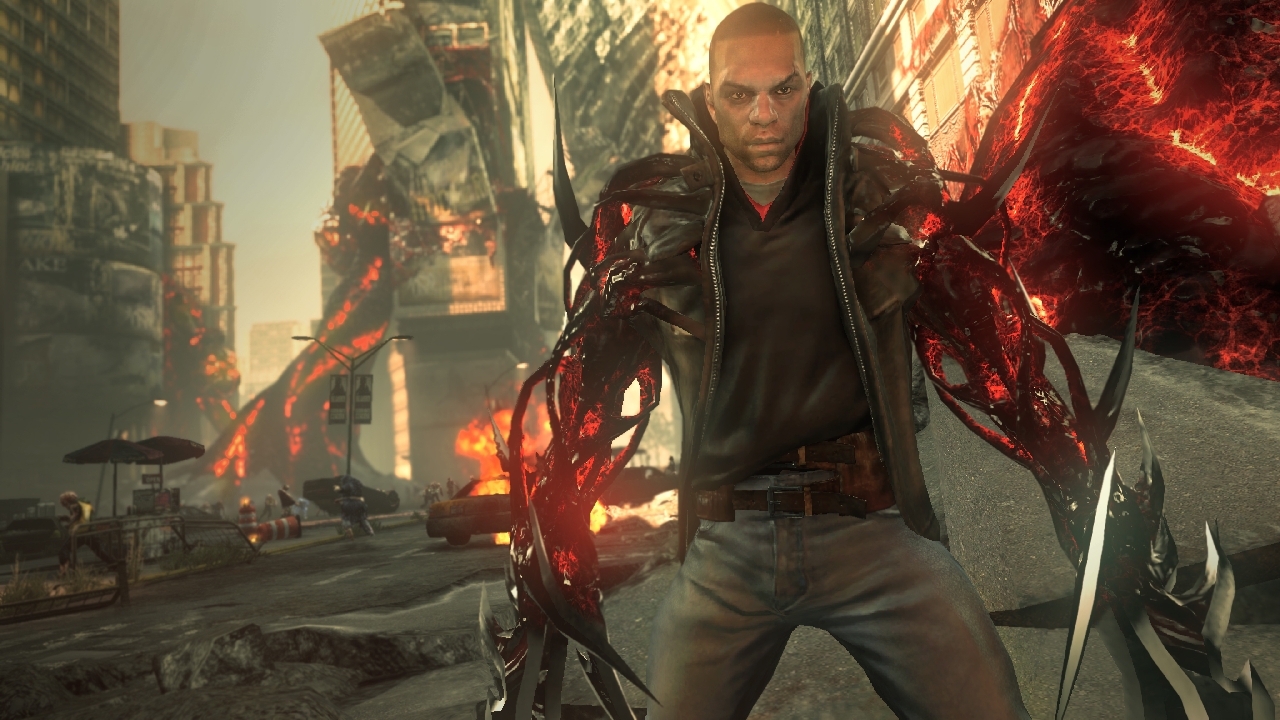 The story is made up of many military clichés and doesn’t clearly justify actions and plot points to players. Only a few characters return from the first game and we are treated with a slew of new ones, ones that are easily forgettable since they are quite shallow and only last a few missions before getting devoured by Heller. On the surface, the plot is weak but through consumptions of key individuals you can unlock and unravel the bigger and deeper picture by taking their memories- similar to Prototype’s Web of Intrigue. You see flashes of terrible experiments, hear actions that would be morally condemned and secrets that conspire against the public- all a puzzle waiting to be solved but compared to the first, it’s a cakewalk. There aren’t as many people to consume and the story is still plain at best compared to the first.

Prototype 2 takes an interesting approach in cutscenes, taking the noire approach and keeping actions within them simple. All you see is talk about how to plan Heller’s next move, and even then the objectives are given in-game through dialogue that renders him into snail’s pace. Despite that, the main story missions are generally varied and will keep you occupied and entertained till the end- which is about 10 hours. Many of the missions involve consuming high targets who are involved in some diabolical plot with Alex Mercer or Blackwatch, and Heller has to delay or prevent said plot by blowing things up and cutting things in quarters. Many of the missions do repeat themselves once you are treated to side missions, which does usually involve a confrontation with a super soldier or a super infected.

Side missions in the first game had some variety that does usually lay waste to the city. Prototype 2 tries to create more diversity in the choices but the side missions do eventually come down to laying waste. There are a few categories to choose- running through checkpoints collecting samples before Blackwatch does (essentially a time-trail), locating and infiltrating bases, destroying infected lairs and destroying other objects of interest. These side missions gander much appeal since all everyone wants is pure destruction, but RadNet missions are slightly different. 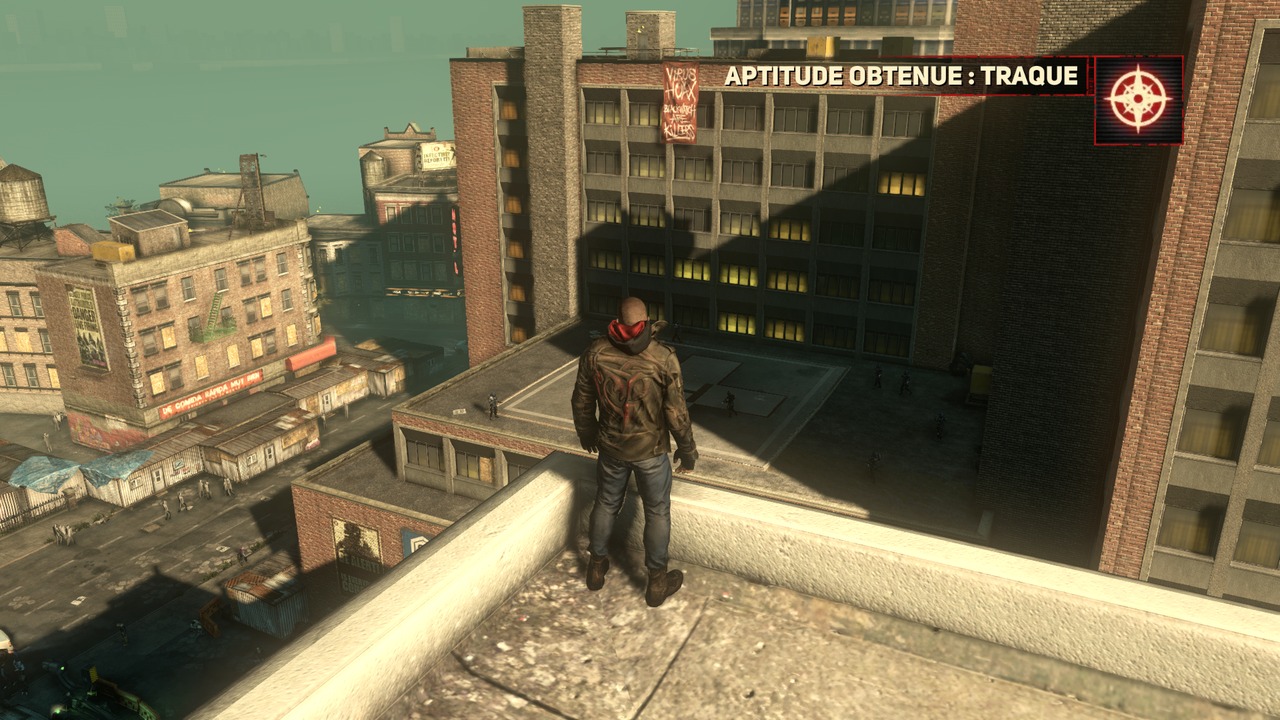 Only available through an online pass, RadNet is an online service that rotates on a weekly basis and provides special challenges in Prototype 2. RadNet Missions are generally more creative and shorter than the side missions, but requires an internet connection and an online pass (quite stressful for pre-owners). These missions are graded on four levels of medals; bronze, silver, gold and platinum and reward you with experience accordingly. RadNet also include leaderboards and in-game messages when a friend does beat your high score, a small little addition that could add some more life into this game.

New York City has been entirely changed and split up into three zones depending on the severity of the infection. You start off in the yellow zone which does have its ruckus and few infected running around, the green zone is the safe zone- people live their normal busy lives without ever worrying about the disasters in the other zones, and finally the red zone where things are more batshit crazy with the entire zone under infected control and the Blackwatch trying to regain it. These zones are split up into islands and the only way to travel between is by helicopter. There is no smooth transition between islands which could’ve gave the game a better feel but you need to unlock the helicopter pads before you can travel.

Now onto the main package of the game (well, of any game), the gameplay. Playing with immense powers, having no repercussions or some morale tree is great blind fun that gives off many ‘Wow’ factors throughout the game. Many of the powers from the first do return, but many disappeared as well. Some of the returning powers at Heller’s disposal include the slicing claws, the sharp blade and the thumping hammerfist. One new power that is essential to have a good time and wreck havoc are the tendrils, web like attacks that can attach, rip apart and string up enemies while leaving messes only Spider-Man could. One neat upgrade in combat is the ability to have two powers at the same time. While not visually noticeable, you can easily select two powers from the wheel, map them to either square or triangle and relentlessly attack with each button- switching your powers in-between. 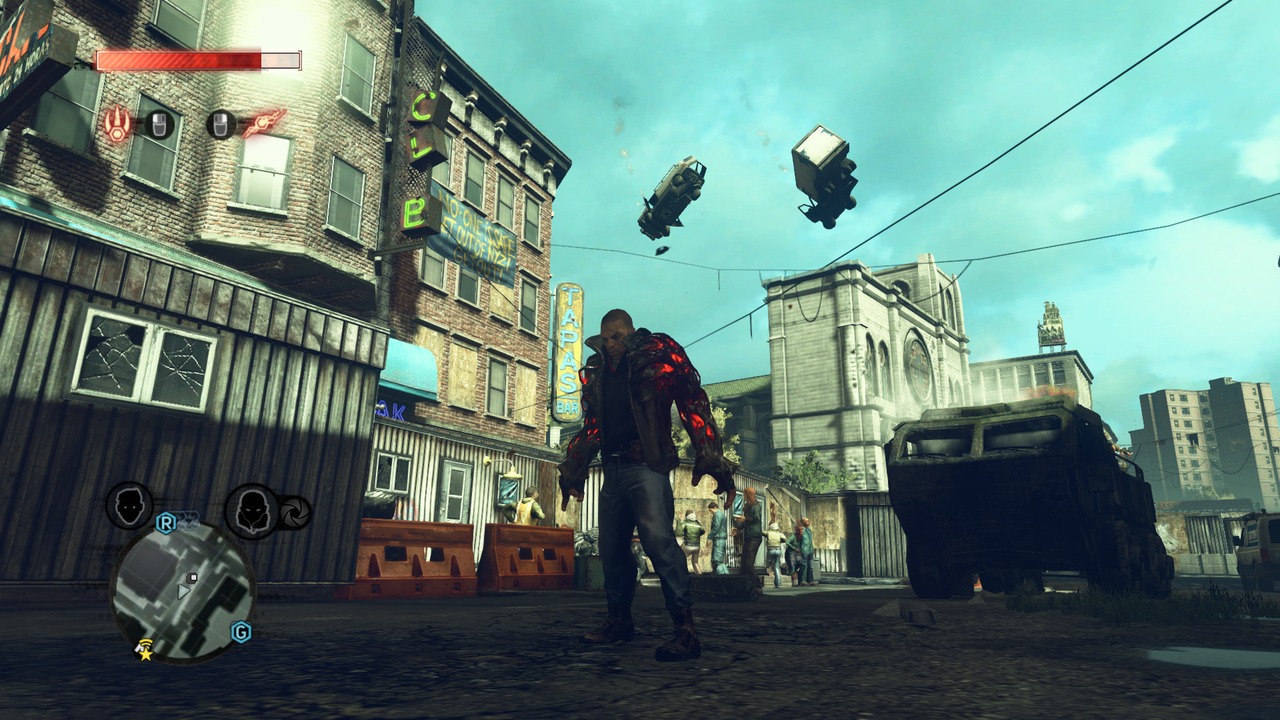 To cater this new combat system, the heavy and light attacks (that were triangle and square-both pressing and holding- in Prototype) have been remapped into holding the button, ultimately scrapping a few more moves. Despite this, the combat is more fluid than ever with the two powers at once. You are usually urged to try out new technique and different combinations to see which can take out enemies faster or look the best. Some of the powers called Devastators require the use of the mass bar, which can be filled when consuming peoples and cause shit tones of destruction. The Tendril Barrage which was Mercer’s key ability and the Pack Leader- where Heller calls in some infected hunters to do some dirty work- are the only present devastators. These are fun to initiate and are good ways to clean up surrounding enemies in limited time.

Like in the first game Heller can consume anything living in New York City, and proclaim both their identity and memories. Consuming is also used to replenish health and gain access to restricted area if wearing the right person. You can also pick up anyone and throw them miles out as well as turning them into a ticking time bomb. The games does have some pacing difficulties, where you will gain now powers for until the second zone, and then you are bombarded with everything you need, rather than a slow progressive climb.

The sandbox style is its most significant feature, which allows you to go on many rampages with your new fond powers and foes. The combat feels fluid and responsive (aside from a somewhat clunky lock-on) and there are lots of random events and enemy bases to keep you contempt throughout your reckless derby. The city its filled with people to kill, consume or blend into and have plenty of high rise buildings to run up or jump off of. The city itself is sprawling and doesn’t drop a frame anywhere at all. There’s a day-night cycle that doesn’t impact on anything and the city is quite colourful for what it is.

Graphically, it’s an improvement over the original- especially the character models- but on its own, looks rather watered down. Textures look low resolution, explosions look very 2D and the draw distance isn’t too impressive either. I guess it’s what’s expected to keep the place filled with interactive and soon to be dead people but regardless an upgrade over the original. Though, the graphics shouldn’t matter too much since you’ll be running at high speeds and jumping at great heights to take notice. Sound wise, the game has a decent soundtrack, the voice acting doesn’t have fault and there seems to be dialogue between NPCs which is a nice touch. 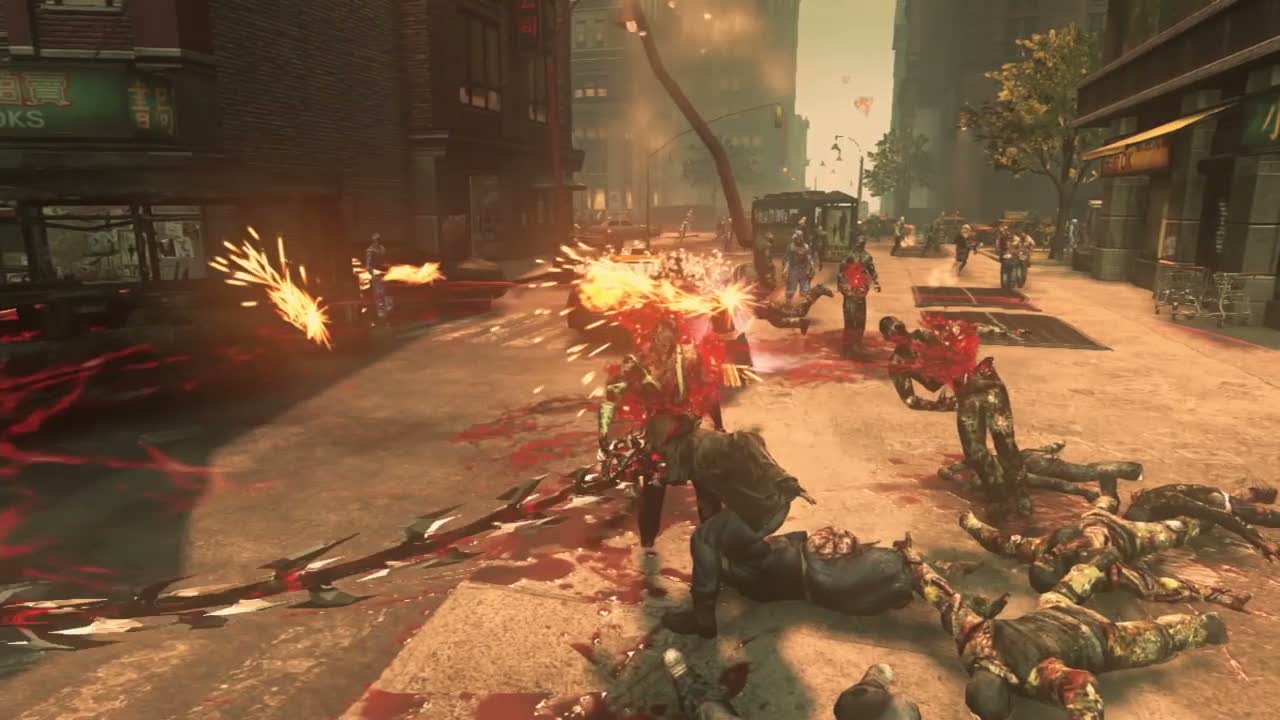 With so much promising and fun to be had, Prototype 2 could’ve been much more. But for what we got was still rather good, just not as good as expected. It has a weak story, easy difficulty even on hard and quite short, average graphics and Heller himself isn’t all that likeable. But no one plays Prototype for that, it’s meant to be enthralled by the senseless combat of beating almost everyone to a pulp and laying waste to thousands whilst manically laughing off in the distance. Prototype 2 isn’t a major step up from the first or the idea of destruction but you will leave a destructive trail while you grin to your hearts evil content. 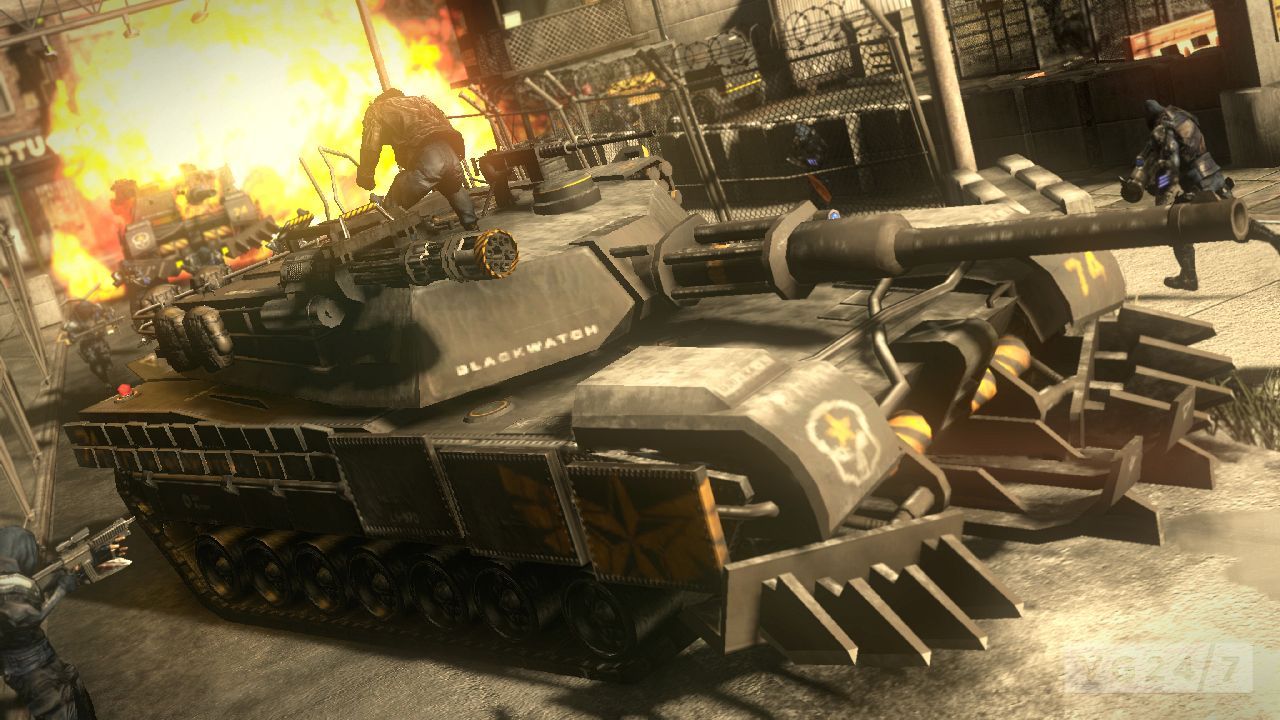 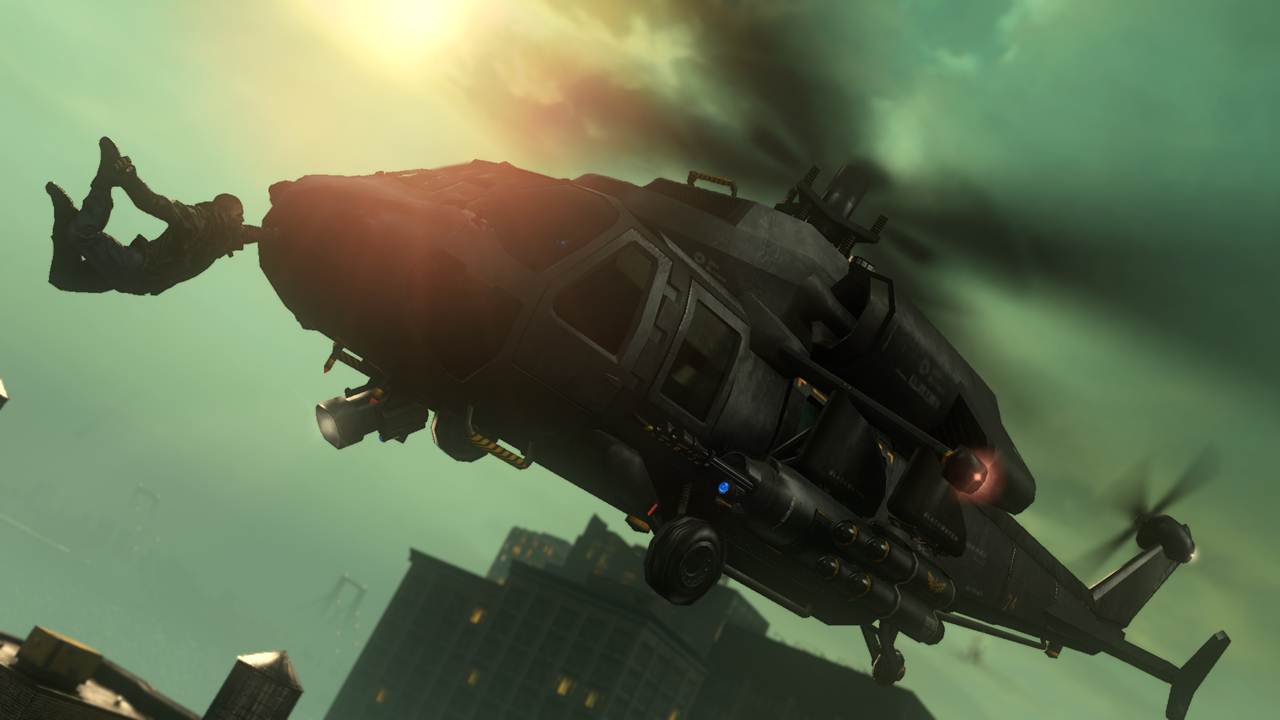 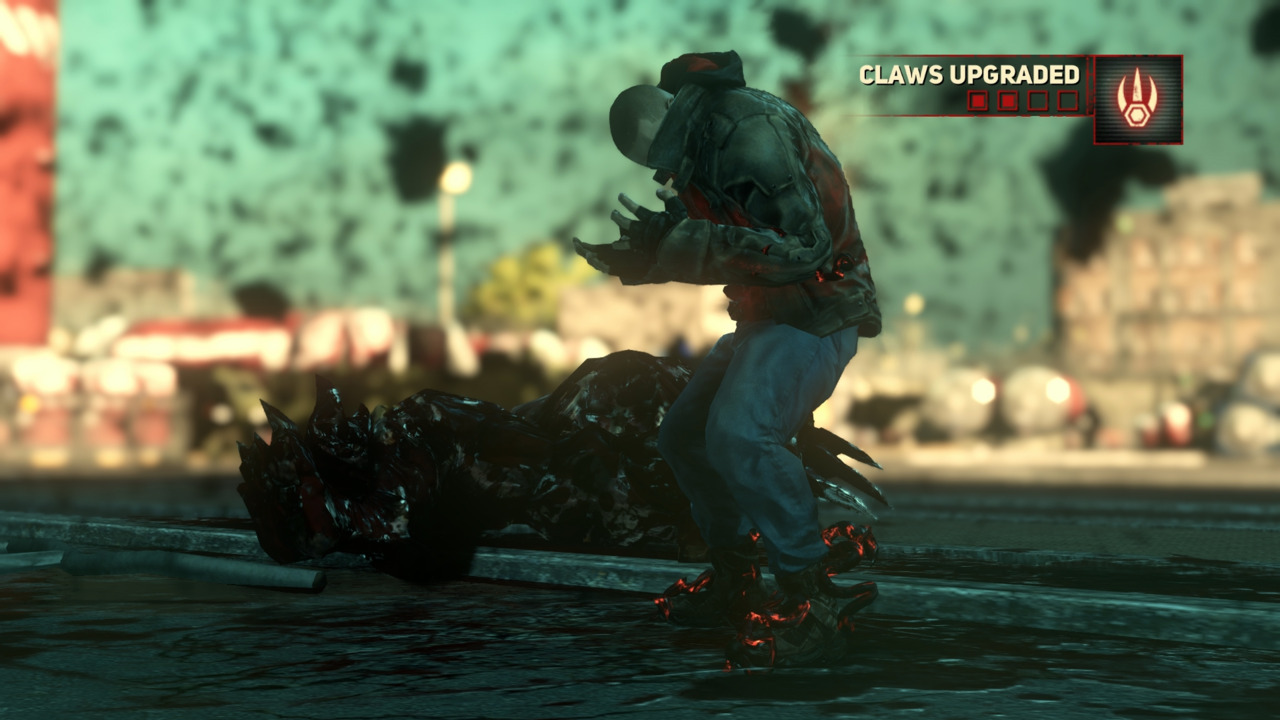 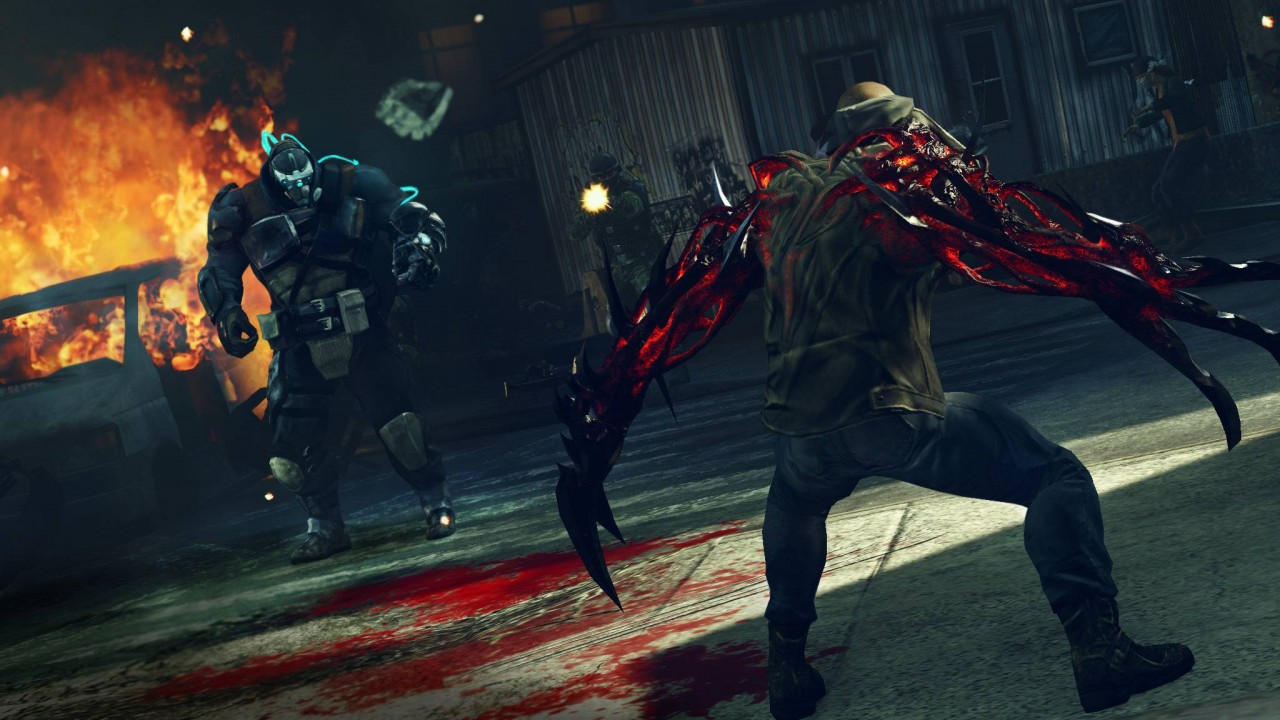 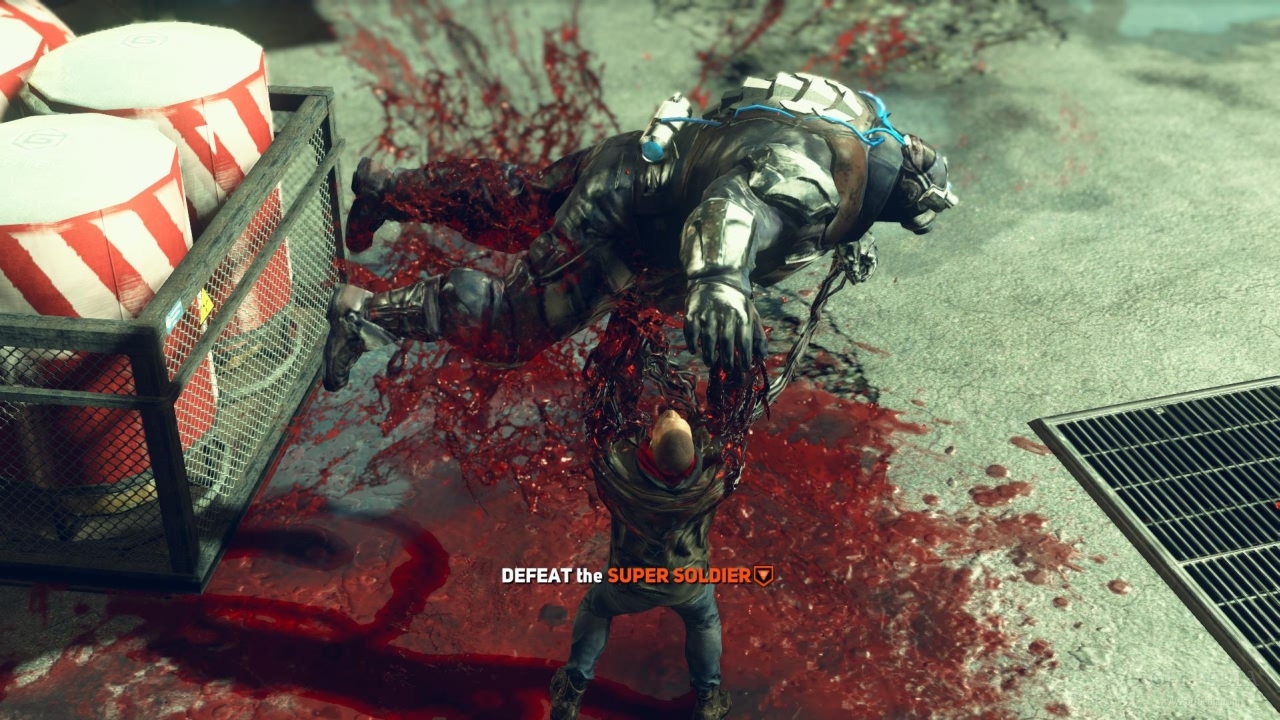 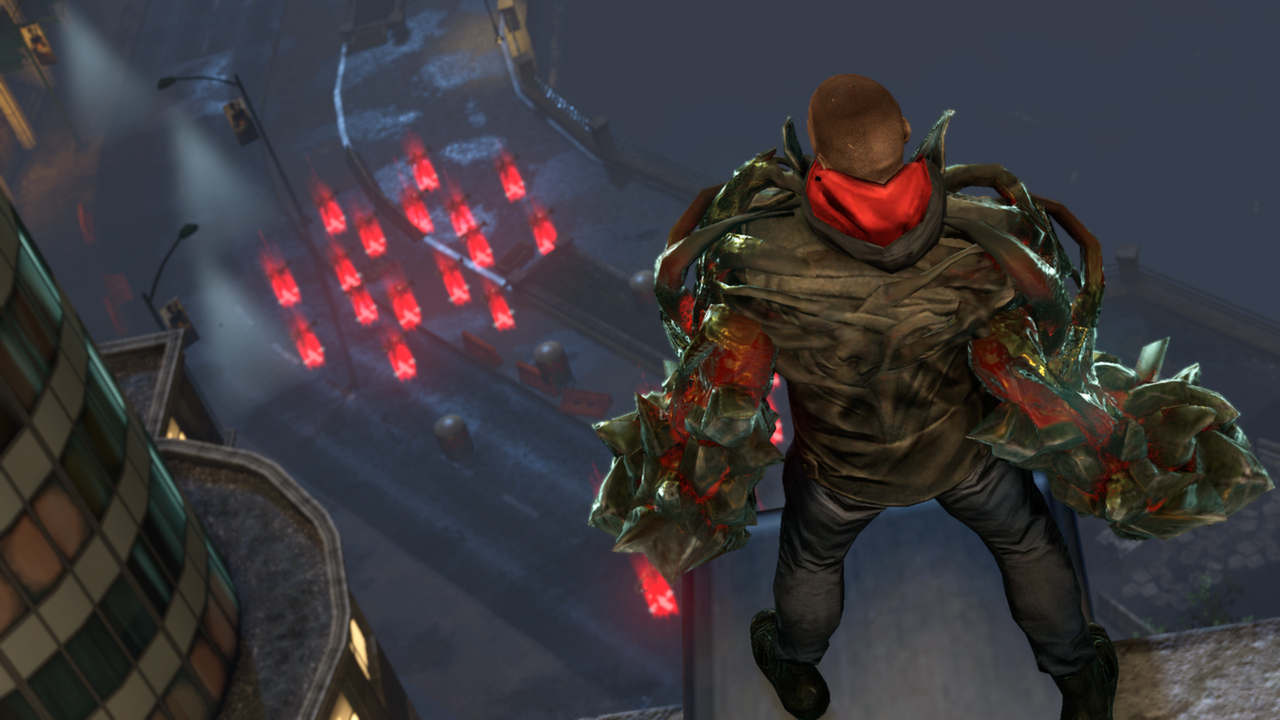