Warner Bros. Interactive has just revealed via GamerInformer, that a new Batman game is currently in development for the PlayStation 3, Xbox 360, PC and Wii U. Batman Arkham Origins will be a prequel to Rocksteady’s Arkham Asylum and  Arkham City but not handled by them. Instead, the game will be developed by Warner Bros. Montreal and will tell the origin story of Batman. In addition  the game will feature many new villains such as Black Mask, and some villains returning from past Batman: Arkham games. 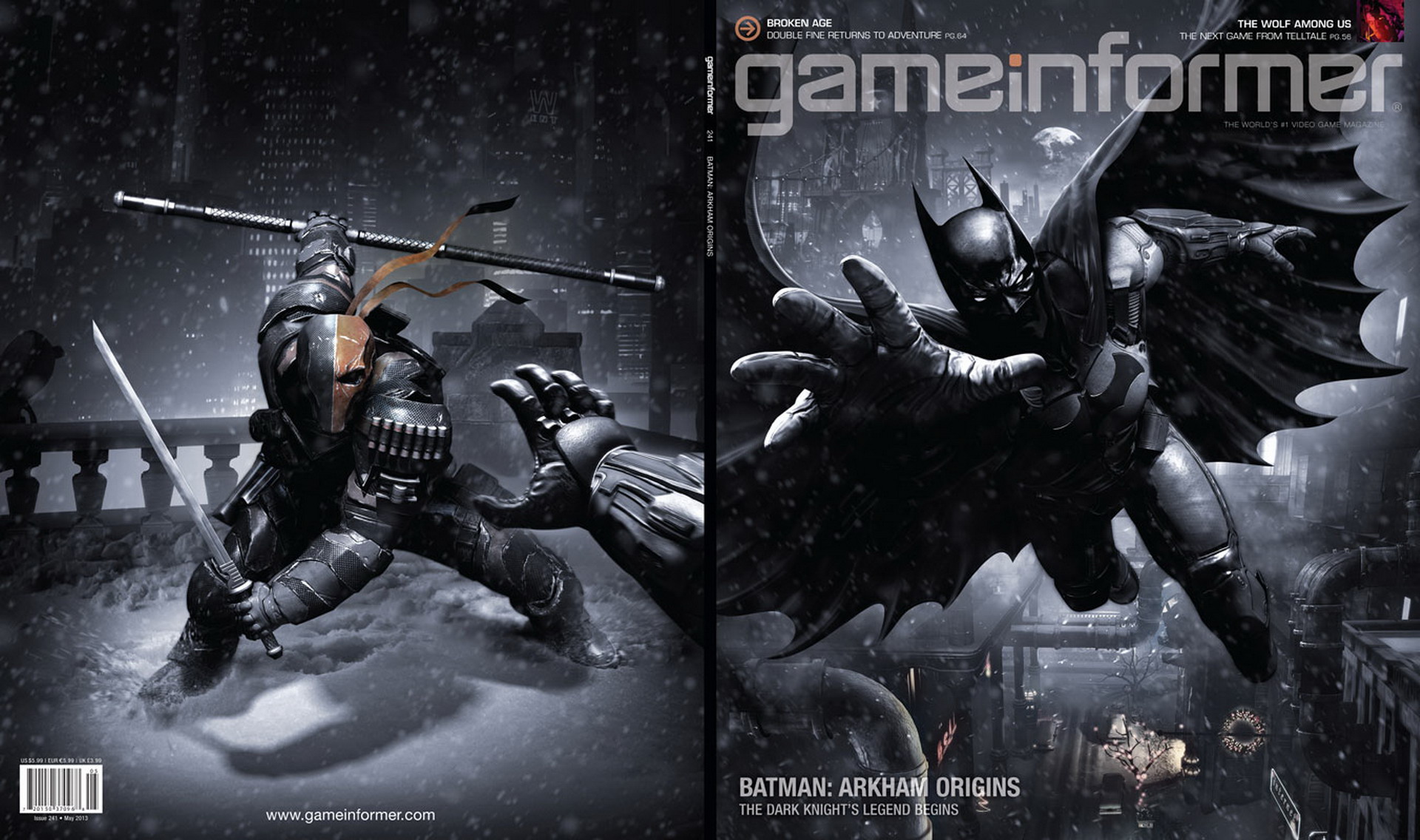 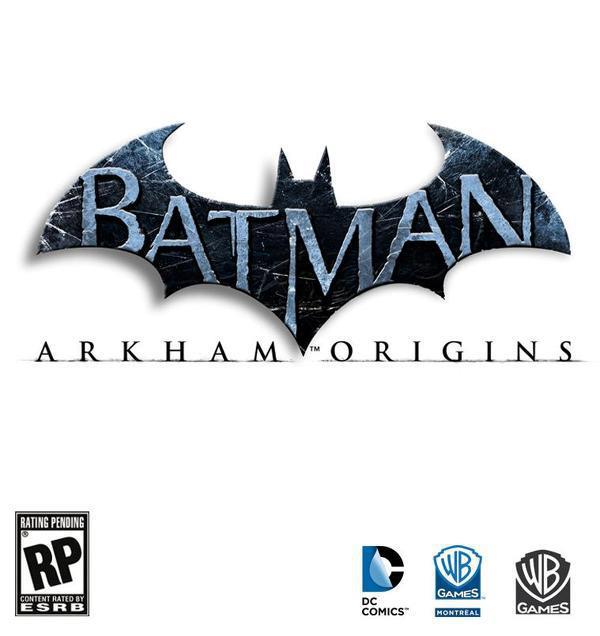 Here is a list of known information about the game from the GameInformer Magazine, courtesy of Gaming Everything:

– Takes place on Christmas Eve
– Years before the previous two games
– Mob boss Black Mask will give a fortune for Batman’s head
– Top assassins and supervillains from the DC Comics universe are out to get Batman
– Cops on the take from the mob join the manhunt as well
– Batman needs to outsmart his enemies, find out why Black Mask wants him dead, and prove to what good cops that he’s on their side

– Porting Arkham City to Wii U let the team get familiar with Unreal 3
– Doing a prequel lets the team carve a unique territory if Rockstar were to move the Arkham timeline ahead down the road
– Rocksteady’s project is tightly under wraps
– Younger Batman also “gives us the opportunity to refresh things a bit”
– Combat system still in place
– Will have “new layers, new opportunities, and new tactics”
– New enemy types
– Batman not as finely honed as in the previous games
– Won’t control the Batwing directly
– Batwing will figure into story sequences and acts as a universe-appropriate form of fast travel
– Has the traditional predator mode in which players swing from perch to perch, glide kick, string guys upside-down, etc.
– New remote claw that is like the grappler in Just Cause 2
– Batman targets two objects and fires out a claw
– This hooks into the first object and launches another claw and rope to the second object
– Can then pull the two objects together
– Use this to knock enemies together, slam heavy objects into foes, string objects or people under a perch
– Can string up an explosive barrel under a perch, lure enemies with a sonic batarang, then cut the rope with a normal batarang, dropping the explosive on their heads
– Team knows Black Mask isn’t the most popular villain
– Old Gotham is only half of the game world
– Another new entire is across the bridge called New Gotham
– New Gotham is classier and has much taller skyscrapers
– New zone doubles the size of the game world
– Players can dismantle the hacked tower network
– Towers emit a jamming signal that prevents the Batwing from flying into the area, meaning no fast travel
– It also halts Batman’s sensors from placing points of interest on the map
– Taking down the towers are varied and require all of Batman’s navigation, puzzle solving, and combat skills
– Some can be taken down quickly, others must be returned to later with an upgrade
– “Crime in Progress”: ex – saving some cops from a group of thugs, rescuing a snitch from being tossed off a roof
– Activities give Batman a chance for experience point bonuses
– Completing side quests also contributes to the GCPD’s understanding and appreciation of Batman
– They will begin to know Batman and which side he stands on based on how much you take on the optional missions
– Most Wanted system gives players a chance to go after villains outside of the core storyline
– These optional side missions can be tackled when you discover them
– Many optional missions offer upgrades
– Batman’s butler Alfred may notice that he had a tough time in that situation and give him a new gadget
– Dark Knight system is slightly more behind the scenes, though it’s still important
– Dark Knight system provides a lengthy string of tasks that slowly goes up in difficulty as the game progresses
– The team wants to avoid boring tutorials while still training players to be masters of predator and combat systems
– Complete a certain number of counters or silent takedowns to receive XP rewards or a specific upgrade
– Dark Knight system doesn’t replace challenge mode
– Team wants to make challenges more meaningful

– Takes place about an hour into the game
– Batman is perched above Jezebel plaza
– Black Mask’s assassins have stirred up the local thugs
– No towering walls keeping villains in check and many citizens call Arkham City home since there isn’t a prison
– Amusement Mile hasn’t been flooded
– Batman is looking to find out why Black Mask is trying to kill him
– Batman decides to go to the party to track down Penguin, who hears about everything
– Eventually, Penguin gives some intel on a murder at Lacey Towers
– Claw grips Batman’s ankle and drags him out of the room before he can finish his questioning
– Batman reaches for the door, but his arm is stomped by a mysterious figure
– Batman ends up suspended upside-down from the rafters
– Deathstroke circles Batman with a drawn sword
– Batman blocks and disarms Deathstroke, using the sword to cut himself free
– Thanks to Penguin’s tip, Batman goes to Lacey Towers
– The cops say it’s a double homicide
– One victim is supposedly Black Mask
– Inside the apartment, Batman sees Black Mask’s girlfriend strung up on a chandelier
– Black Mask’s assumed body is laying face up across the room
– Batman goes into first-person detective vision to examine the situation

In addition, here are some screenshots of the game from the GameInformer magazine: 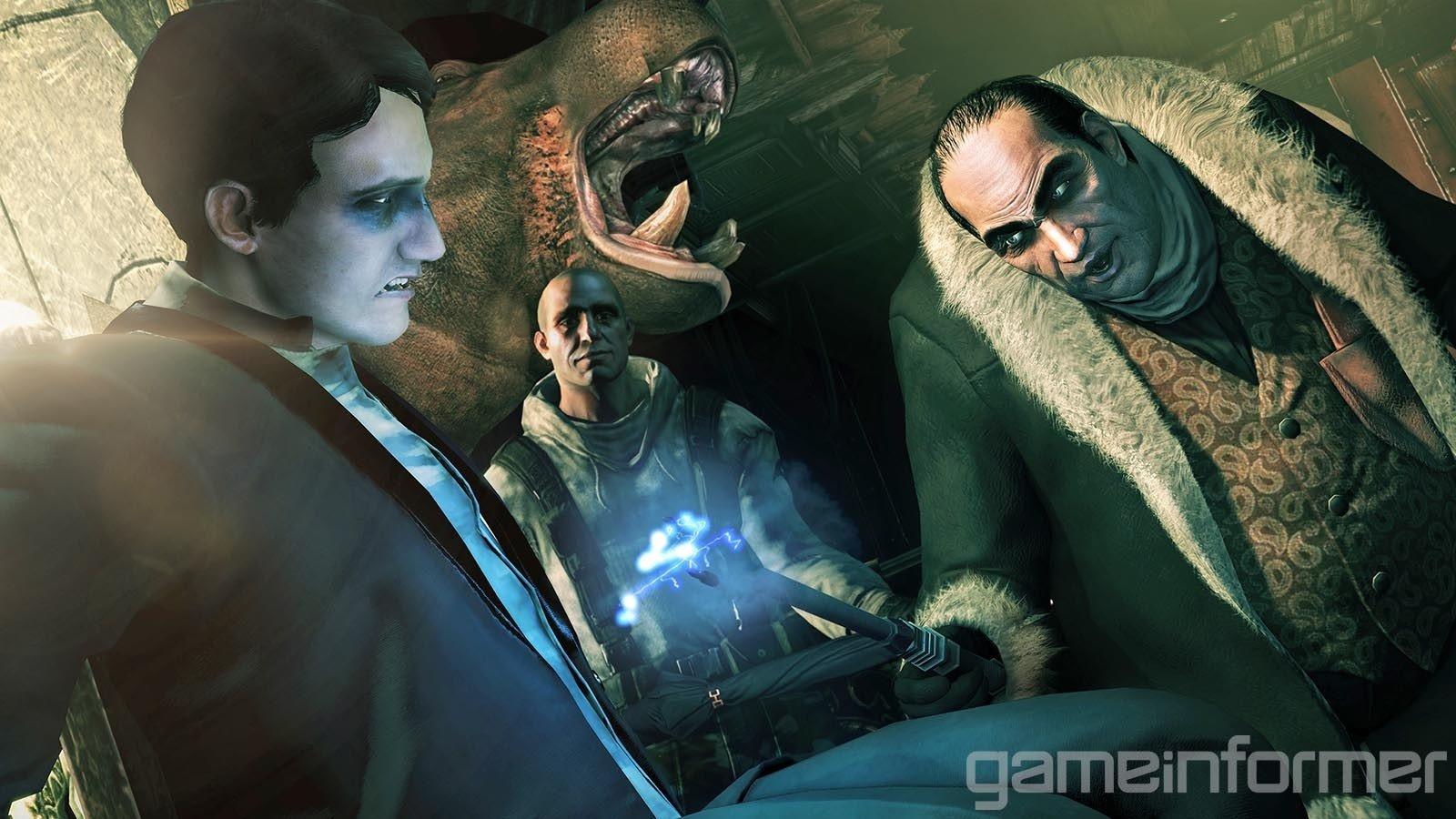 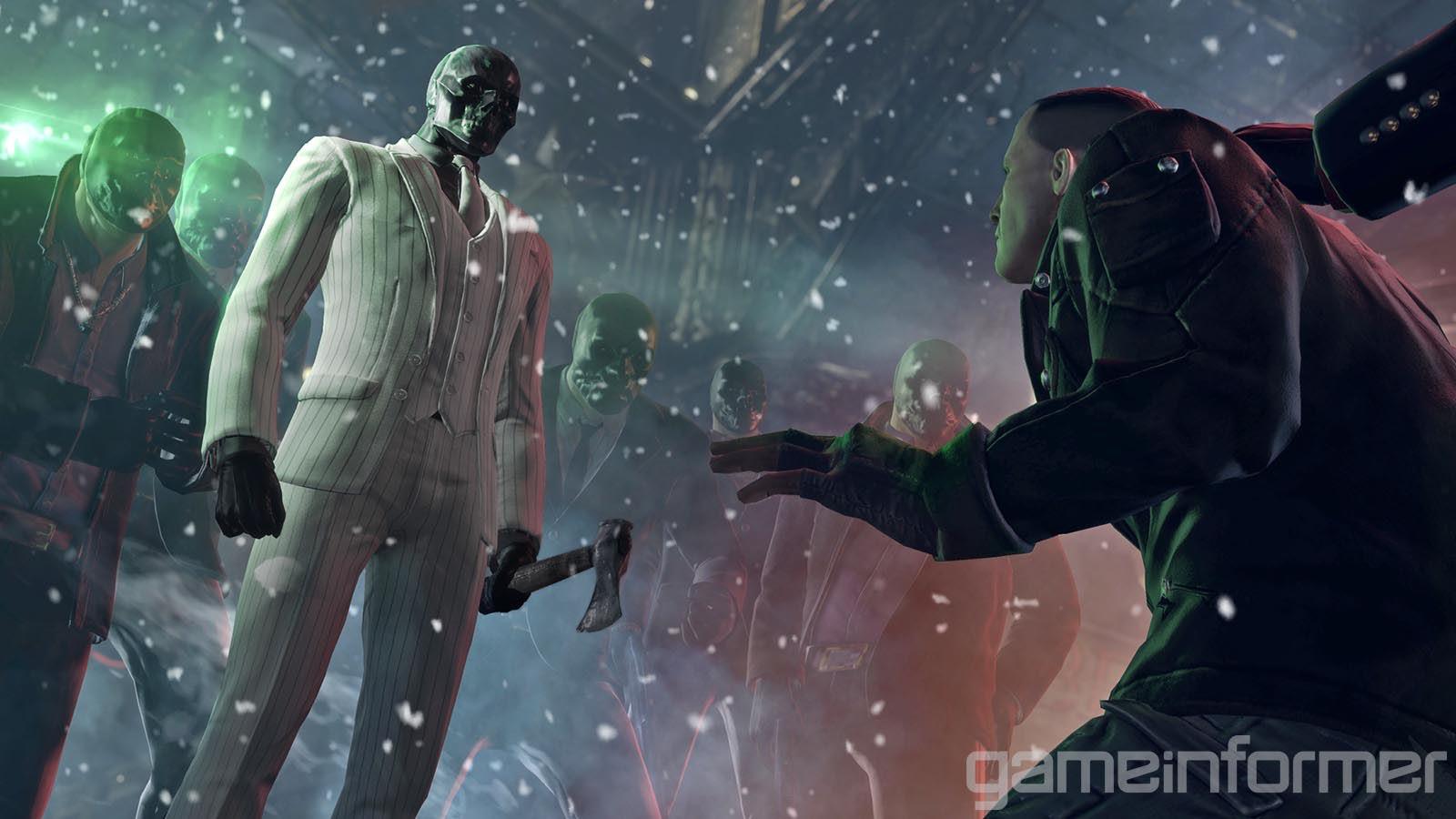 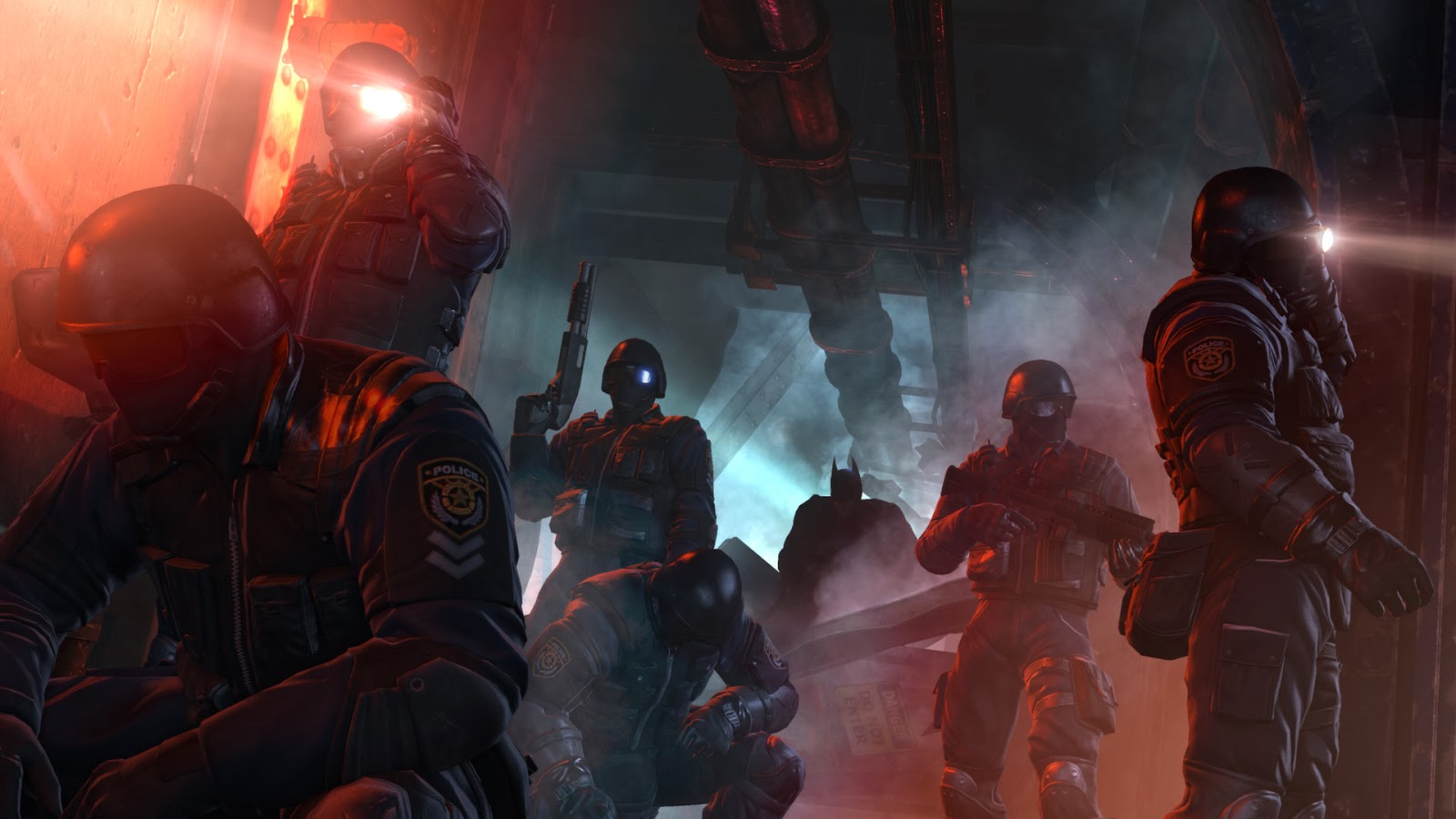 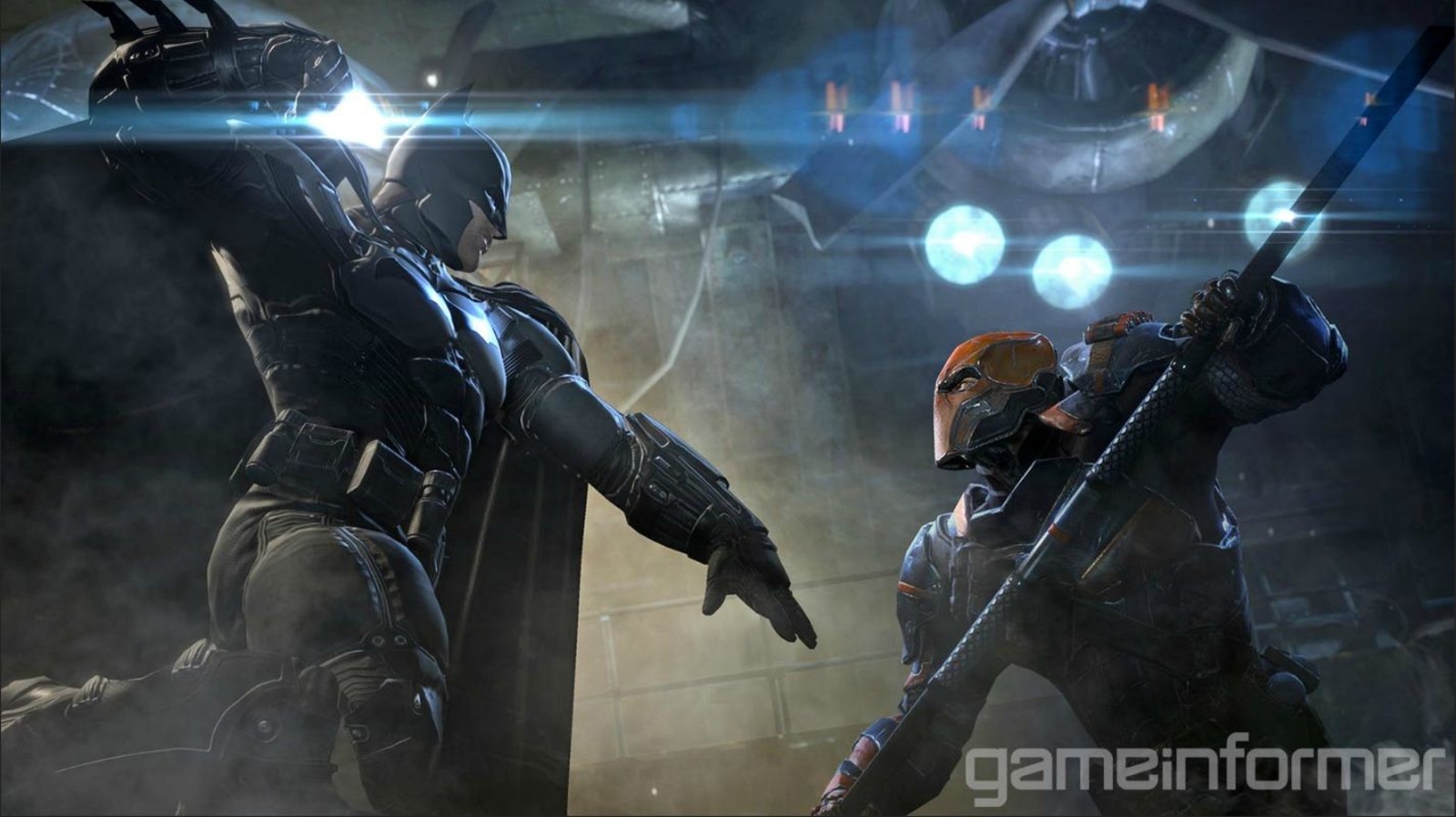 Not only that, there will be a handheld game being worked on alongside Arkham Origins called Batman Arkham Origins Blackgate, which will be a 2.5D game similar to Metroid and Castlevania, Metrovania. The game will be on the Nintendo 3DS and PlayStation Vita and will be developed by Armature Studio.

– Warner Bros. wanted to have a 2.5D-style Arkham game in the style of Metroidvania
– The company chose Armature because the studio was familiar with that style of game
– Takes place after the end of Origins
– Set on the isolated island at the Blackgate Penitentiary
– Prison uprising has occurred
– Intro level in Gotham
– Batman goes to Blackgate in order to put a stop to the riot
– 2D animatics with full voices tell the story
– Batman moves through a side-scrolling game world
– He’ll pick up near gear and take on enemies along the way
– Interconnected passages and prison secrets
– Not focused on leveling up abilities like the console games
– Instead, it stays true to the subgenre’s formula
– All of Batman’s improvements came through gear pick-ups and upgrades
– Team wanted to give players more of a sense of collection
– Mostly set along a 2D plane
– Takes full advantage of the visual three-dimensionality of the environments
– Explore, fight, and interact with the foreground abnd background
– Can grapple up to gargoyles on a background balcony while a crowd of armed inmates pass by
– Enemies will go after Batman from all angles
– Go to the foreground or background to tackle a designed foe
– Combat similar to the console Batman games
– Button taps to attack, counter, and use gear are in place
– Freeflow combat system
– Built from the ground up
– Batarang: stun enemies or hit distant objects
– Line launcher: cross wide gaps
– Explosive gel variation: shoot from a launcher onto spots around the screen
– This lets you get involved with entertaining takedowns such as dropping a chandelier on enemies from above
– More gadgets will also be in the game
– Has a version of the predator mode
– Game has a few more layers of feedback
– Ex: can see the sightlines of enemies
– This lets you know if enemies can see you or not
– Same kind of vantage points, floor grates, silent takedowns, glide kicks, weapon use, and breakable walls as in the console games
– Game is split into various sections
– Each can be accessed once you figure out a way inside
– No save rooms
– Modern checkpoint system
– Can manually save whenever you desire
– Can defeat the bosses in any ordder if you find out where you want to go
– “We don’t want you to break the game, but if you can exploit it in a certain way that we haven’t thought of, that’s awesome. So it’s conceivable the players will have abilities that don’t necessarily jibe that great with the boss. We’ve taken some cues from other games where if you have a particular item against a boss, you’ll just rip them a new one, but we don’t tell you what that item is”
– Will have detective mode
– Tap a button and the screen fades into a digitized overlay with detailed info
– Green enemies: enemies haven’t seen you
– Red enemies: enemies are onto your location
– Move a reticle around the screen to focus Batman’s attention
– Can use this to uncover secrets
– Uncover clues and analyze dangerous situations in detective mode 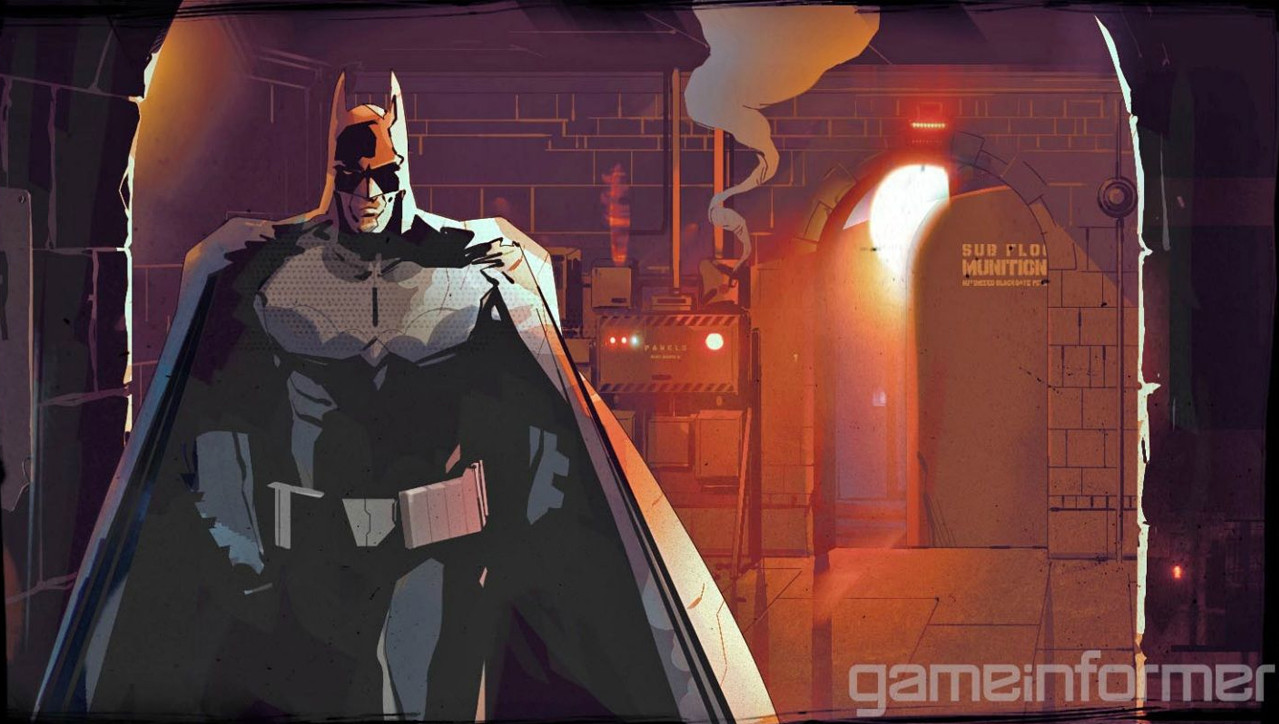 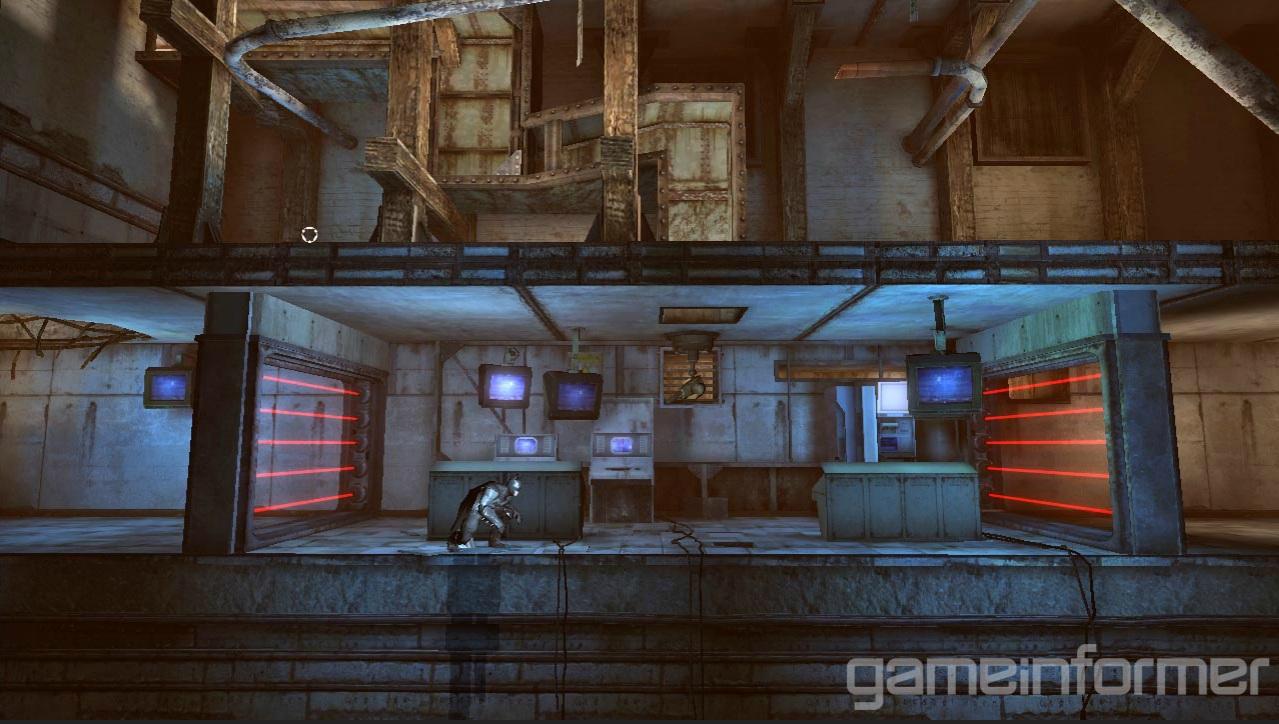 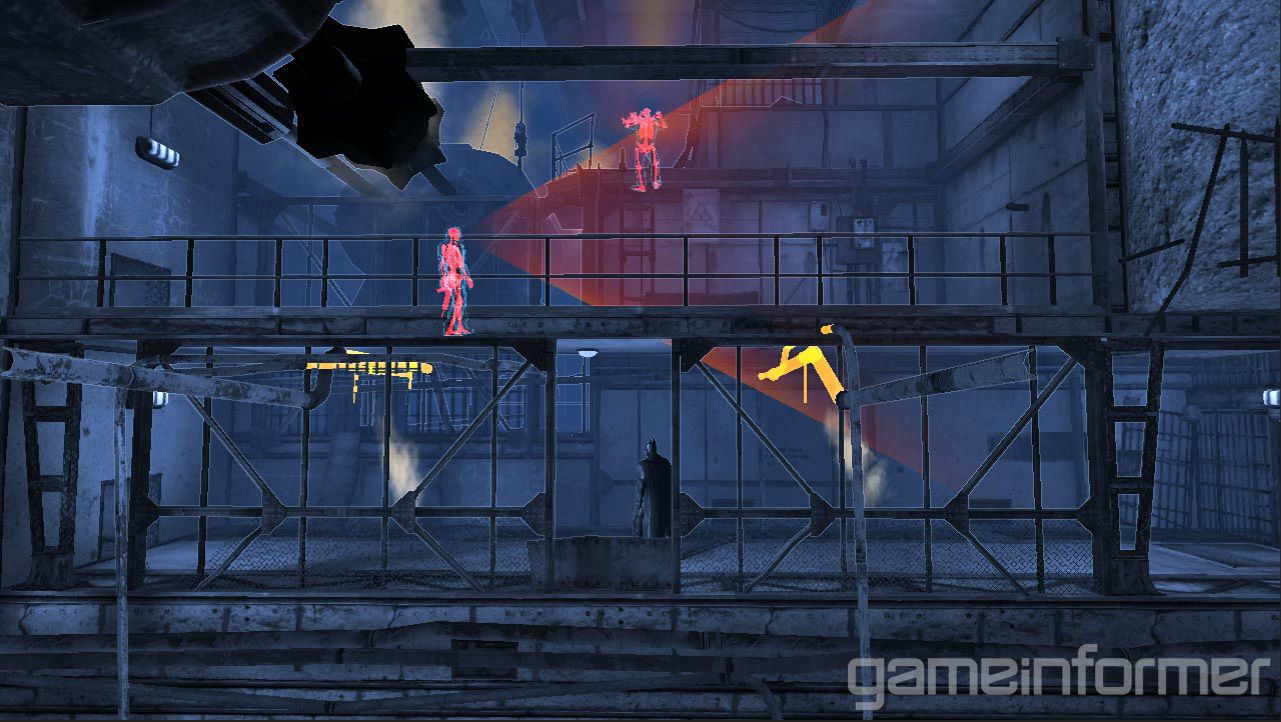 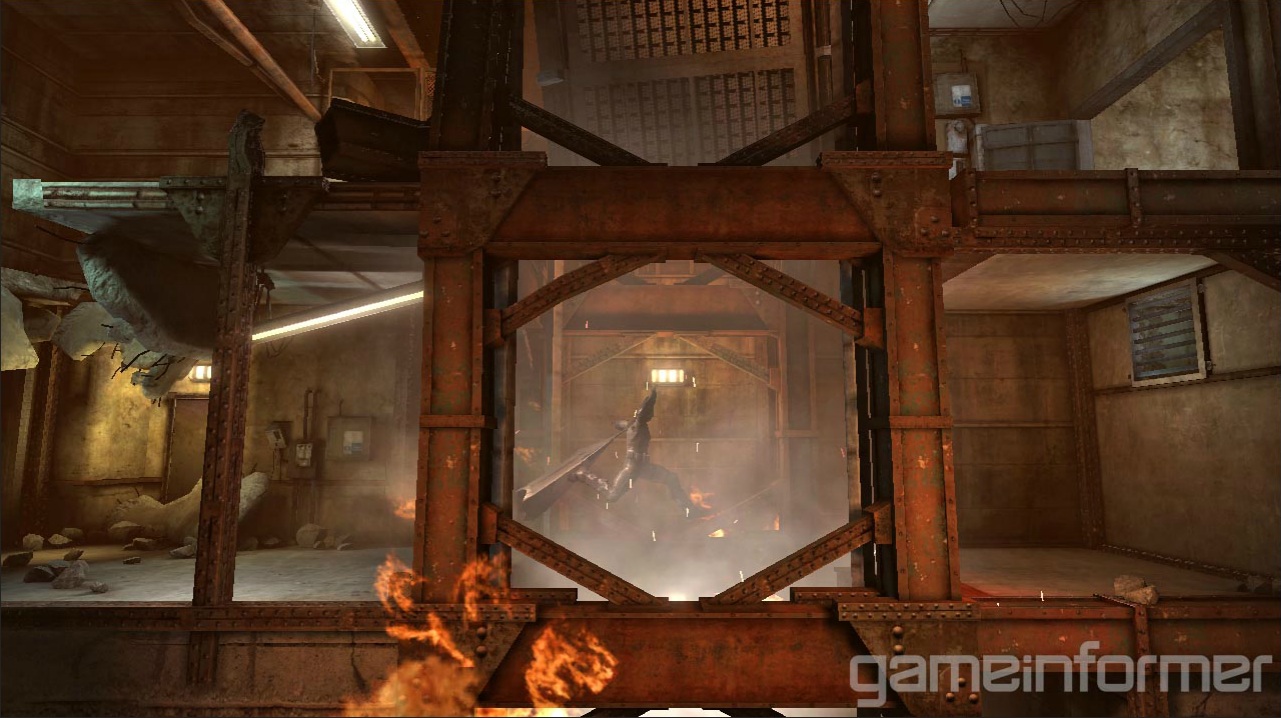 Batman Arkham Origins will be out on all current generation consoles, PC and the Wii U, and Blackgate will be out on the Vita and 3DS. Both games are expected to release on October 25th this year.