September 14th marked the launch of the new film Chuunibyou demo Koi ga Shitai!: Rikka Takanashi’s Revision, a movie long recap of the anime series with a few new added scenes. At the first screening of the film in Shinjuku Piccadilly, the cast of the anime has revealed that the second season of Chuunibyou demo Koi ga Shitai! will begin airing in the month of January. This would mean that the series would air in the Winter 2013/2014 season which starts in late December. 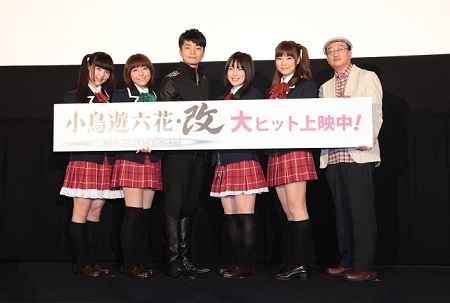 Redditor Fuuko has claimed to seen the film in theatres, and that a new teaser trailer for the second season was revealed;

I went to see the film today and they showed a teeny tiny preview for the 2nd season at the very end. Basically it was a scene with the new character Satone Shichimiya travelling on a train. She gets up to get off the train at the station where Rikka & Yuuta live, clicks her red shoes together in a very Dorothy-style manner, reaches her hand out and “opens” the train door (similar to the way Rikka did in the 1st episode). Then the announcement of the airing schedule as above!

Additionally, a new image of main protagonist Yuuta Togashi was being handed out during the first screening of the film, which can be seen below. 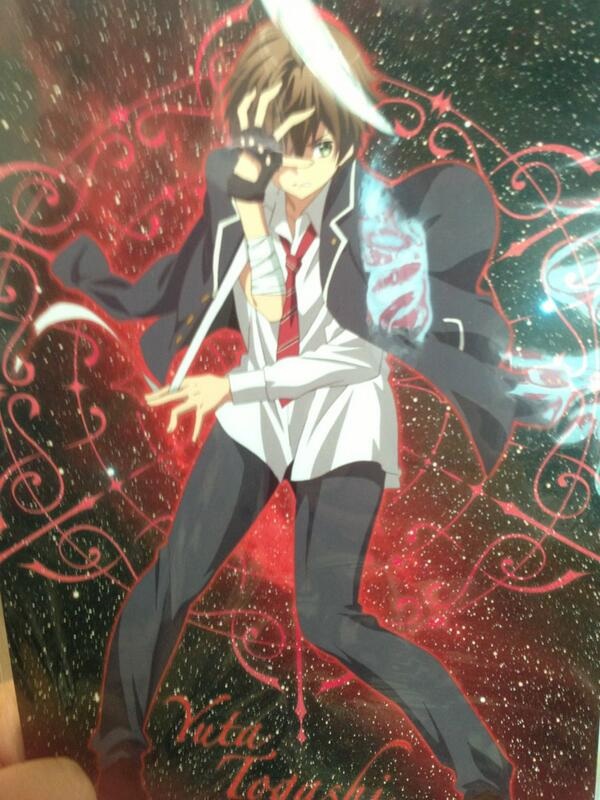 Season 2 of Chyuunibyou demo Koi ga Shitai! will be airing in early January next year. The exact date has not been revealed yet nor what the new series will contain in relation to the light novels.