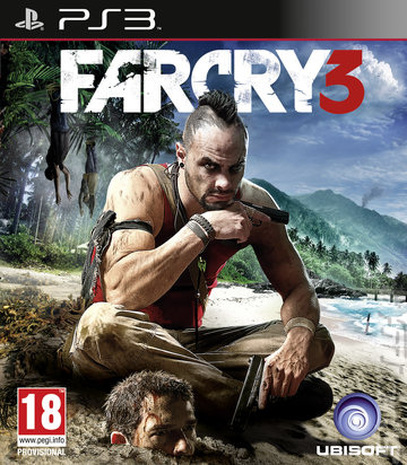 Far Cry 3 is Ubisoft Montreal’s latest release and after the great success of Far Cry 2, the franchise has promised to take bold steps forward and provide first person shooter fans a game they will never forget. Far Cry 3 is an impressive testament that the current generation video game consoles still have much life left as it provides a stunning single player experience enthralled with addictive game mechanics packaged in a beautiful photogenic world. Being in development for a number of years, the developers ensured Far Cry 3 would be a memorable hit appropriate to the end of 2012. Apart from just incorporating engrossing game mechanics, Far Cry 3 also features an emotive and realistic storyline, interesting themes of insanity and a lengthy campaign accompanied with stunning and gorgeous graphics.

Ubisoft Montreal promised an unforgettable experience which would set Far Cry 3 apart from the large plethora of shooters already on the market, and this is just an absolute understatement. Far Cry 3 follows the tale of Jason Brody and his group of friends as they are captured by the native pirates of Rook Island. Over the course of the game, shy and reserved Jason is transformed into a brutal and violent warrior as he unleashes a side of him never known to exist. The plot of Far Cry 3 revolves around Jason trying to free his friends and eventually finding a way to escape Rook Island. Throughout the lengthy campaign, a large cast of characters are introduced and this provides a sense of desperation which enhances the atmosphere and brutal situation he is forced into. All the characters in Far Cry 3 are voiced by talented voice actors and this greatly enhances the game’s storyline. The character development in Far Cry 3 is also well above most games as Jason has strong attachments with his friends which ultimately encourages the player to have a connection and not just feel like they are replaceable. Jason’s girlfriend Liza frequently questions his growing aggression and transformation to a warrior which leads back to Far Cry 3’s theme of loss of control and insanity. The plot also has a number of twists and turns which are genuinely unpredictable. Overall, the plot and characters of Far Cry 3 have been created perfectly in turn making the story believable, realistic and most importantly relatable. 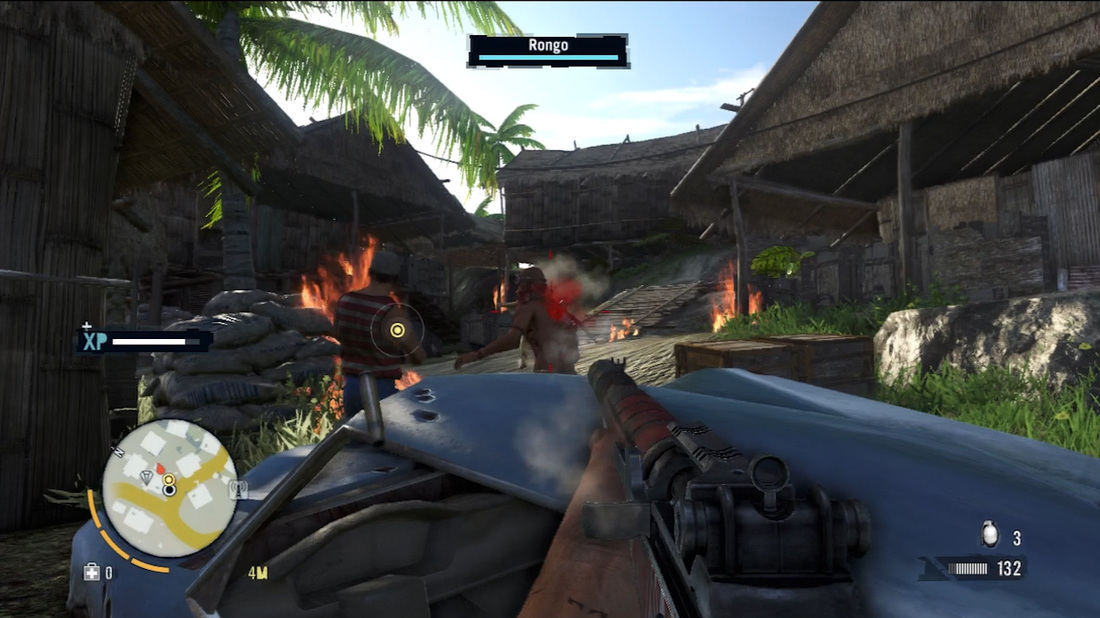 The most impressive aspects of Far Cry 3 are the creative and clever game mechanics which are new to the Far Cry franchise. The game encourages the player to go hunting, exploring and crafting. Unlike Far Cry 2 where money was generally not very problematic, money is hard to come by in Far Cry 3. Instead a profound focus is placed on hunting exotic animals for rewards, which is a very welcome addition to the series. Hunting requires you to drive to an area and find the rare animal that needs to be put down which is generally well rewarded. Money from these hunts can contribute to your new weapon or other vital equipment. Apart from just hunting animals, Far Cry 3 also has a completely new gameplay mechanic, crafting. Crafting is absolutely essential if you are to survive being on Rook Island. Crafting requires you to hunt a variety of different animals to create items such as larger syringe kits, ammunition holsters, grenade belts and wallets. Rather than simply buying these items, the game encourages you to go explore and craft items you need. Obviously, as the item becomes more and more useful, the harder it is to hunt the animals needed which range from boar to sharks.

To accompany the storyline missions, Far Cry 3 has a variety of side missions and other activities. Side missions are unlocked every time an outpost is unlocked and may involve saving someone or killing troublesome pirates. To add further variety the developers also included timed races on quad bikes and jet skis which is a great break from the story missions. Liberating and attacking outposts is another key aspect of Far Cry 3. From the start Rook Island is completely in pirate hands, however as you attack and liberate more outposts, the pirates lose influence making the island safer. It is your choice in how to take these outposts, in stealth or with brute force. The game provides a wide amount of activities to do between missions such as Poker, where you can test your skills and earn some extra money. It can clearly be seen the developers took great effort to provide a stunning single player experience to totally immerse the player. 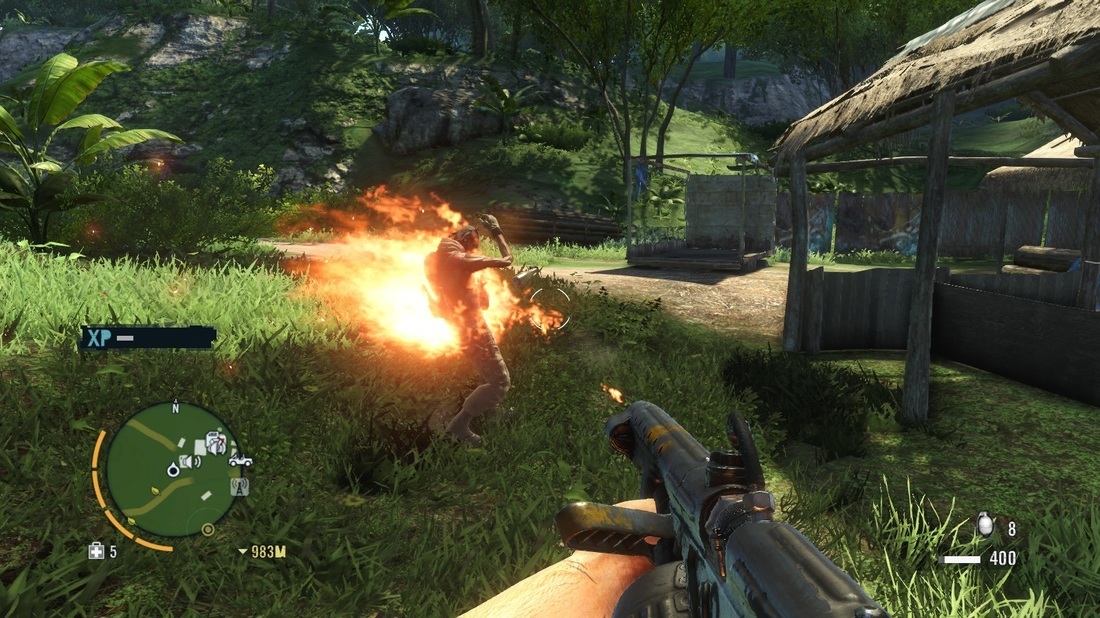 There are also a wide variety of different weapons to use throughout the single player campaign which allows you to play the game however you like. Another aspect known familiar with the Far Cry 3 series is its sandbox style which gives the player great freedom. For example you can play the entire campaign in stealth or you can choose to attack outposts with guns blazing. The game is designed to let the player have control how he wants to play and does not limit or force you to play a certain way. This freedom to use whatever weapon provides endless possibilities. Outposts can be attacked with traditional weapons such as rifles, or blown to bits using plastic explosives, or be burnt to the ground with Molotov cocktails. The large varieties of weapons range from rifles to rocket launchers and give players the chance to play the game to their own individual liking.

Set on the beautiful yet mysterious Rook Island, the developers took great care to offer the best graphics that could be crafted on the current generation systems. Even on console, Far Cry 3 looks absolutely beautiful. The game features a full day and night cycle and the jungles of Rook Island have totally different personalities during the night and day. The island features a number of bays and jungles which look stunning. Even as we soon reach the end of the current generation systems, Ubisoft Montreal shows that consoles are still able to deliver gorgeous visuals. Water effects are also done extremely well and the particle effects as you dive underwater are impressive as well. It can be seen that the graphics are perhaps one of the most impressive of 2012. 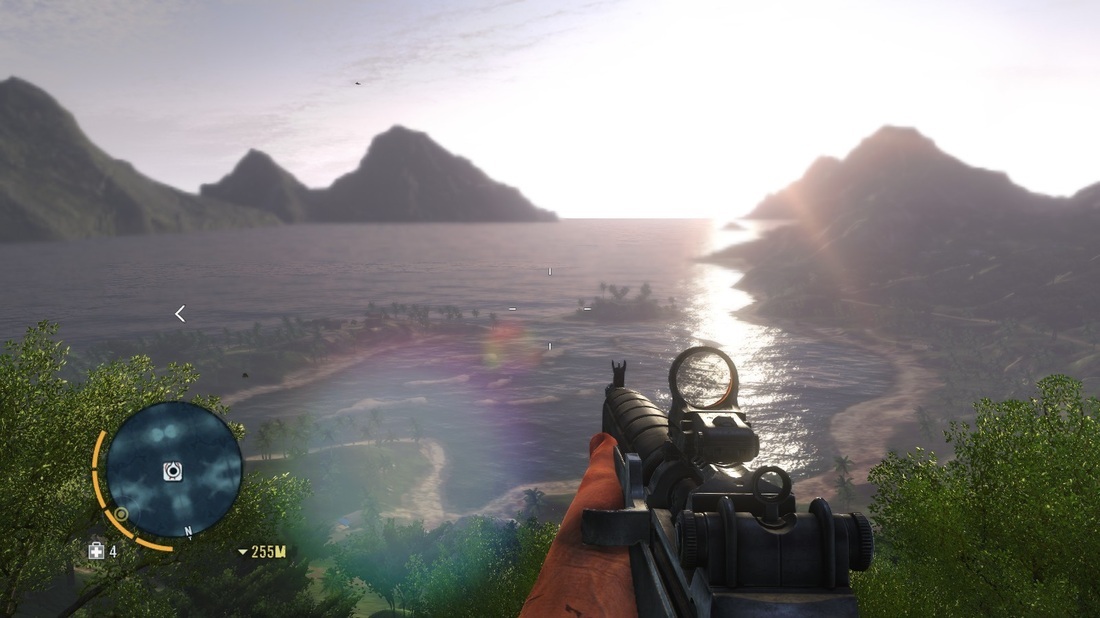 An interesting note is that generally such large sandbox games have their fair share of glitches yet surprisingly Far Cry 3 really does have very little glitches when taken into account the sheer size of the game. During the single player campaign, no game-breaking glitches were encountered which is a very impressive feat from Ubisoft. However there are some technical issues that may interrupt the immersion of Far Cry 3. Occasionally, at times of great stress to the game such as when many enemies are on screen firing at the player, the game can lag. It is quite rare for a console game to lag, yet this issue does affect Far Cry 3. At the time of writing, no patch has been released which effectively fixes this. After encountering this issue, restarting the console seemed to resolve it. Therefore, this issue should be a priority fix for the developers. 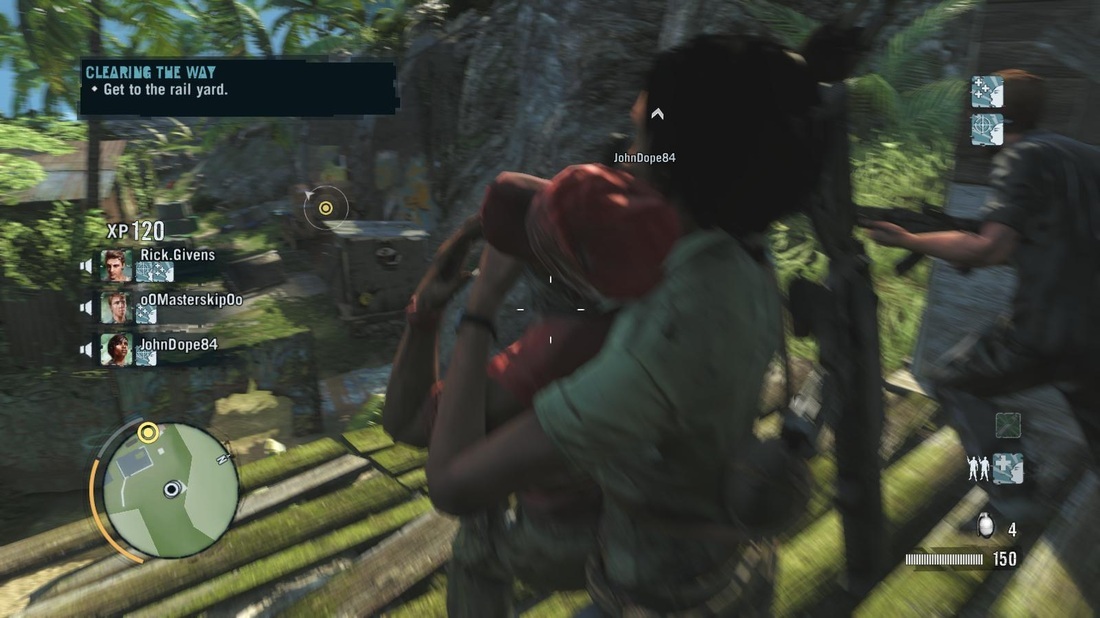 Overall, Ubisoft’s latest offering is an extremely impressive package that has met all the hype. Providing a stellar and rock solid single player campaign mode with several brand new game mechanics has made Far Cry 3 a possible Game of the Year contender. It’s rich and brutally realistic storyline adds great depth and immersion to the game while its length provides gamers with a fun and addictive journey. Prepare for a great game. 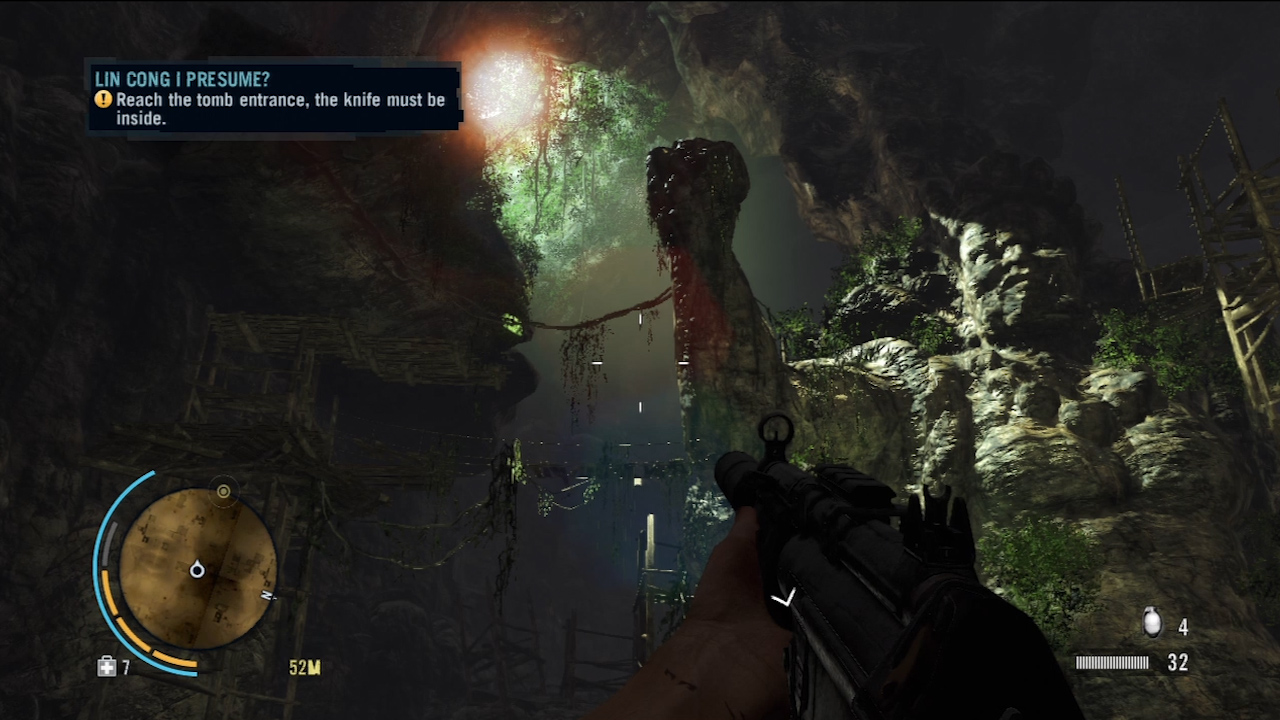 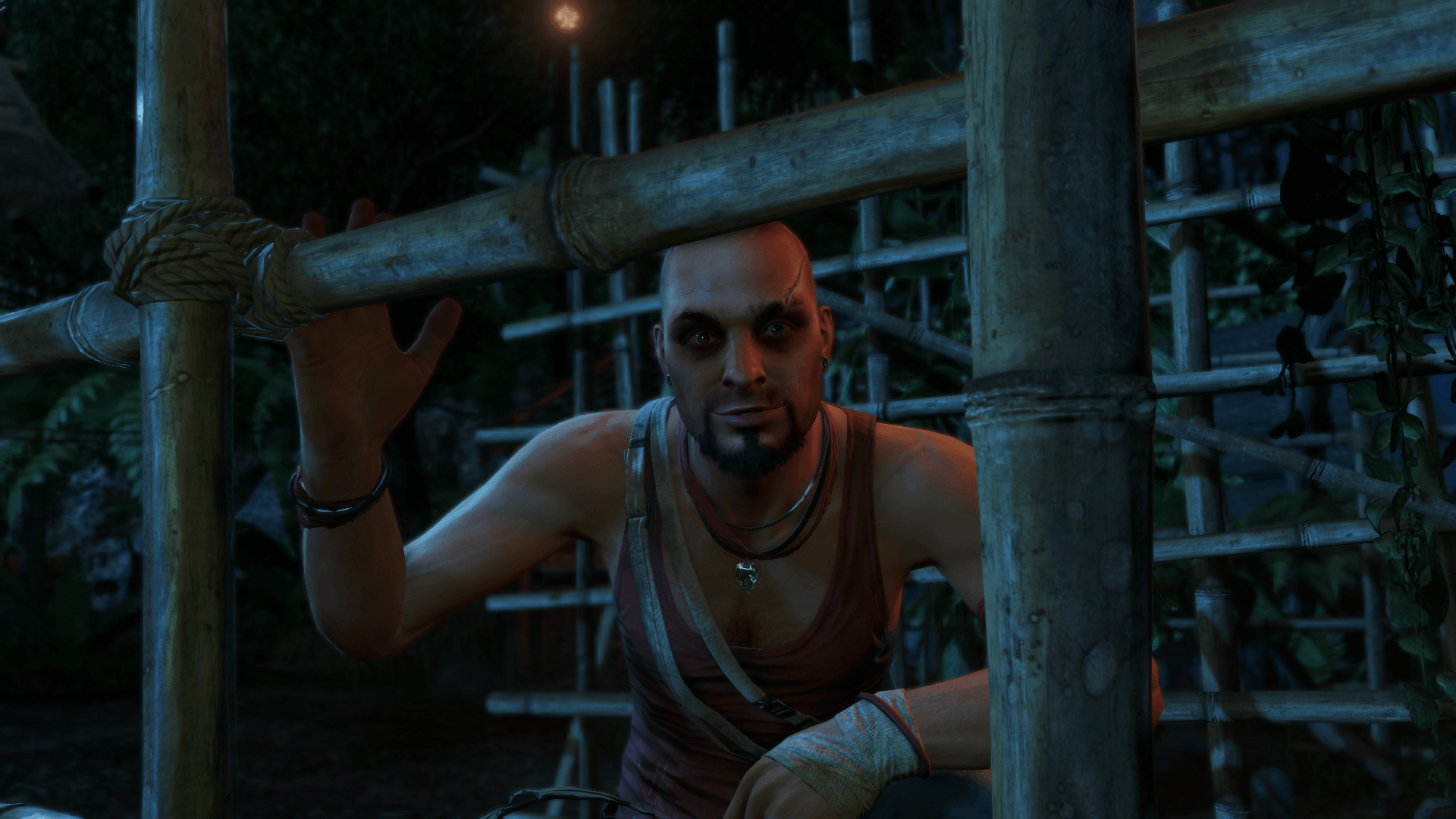 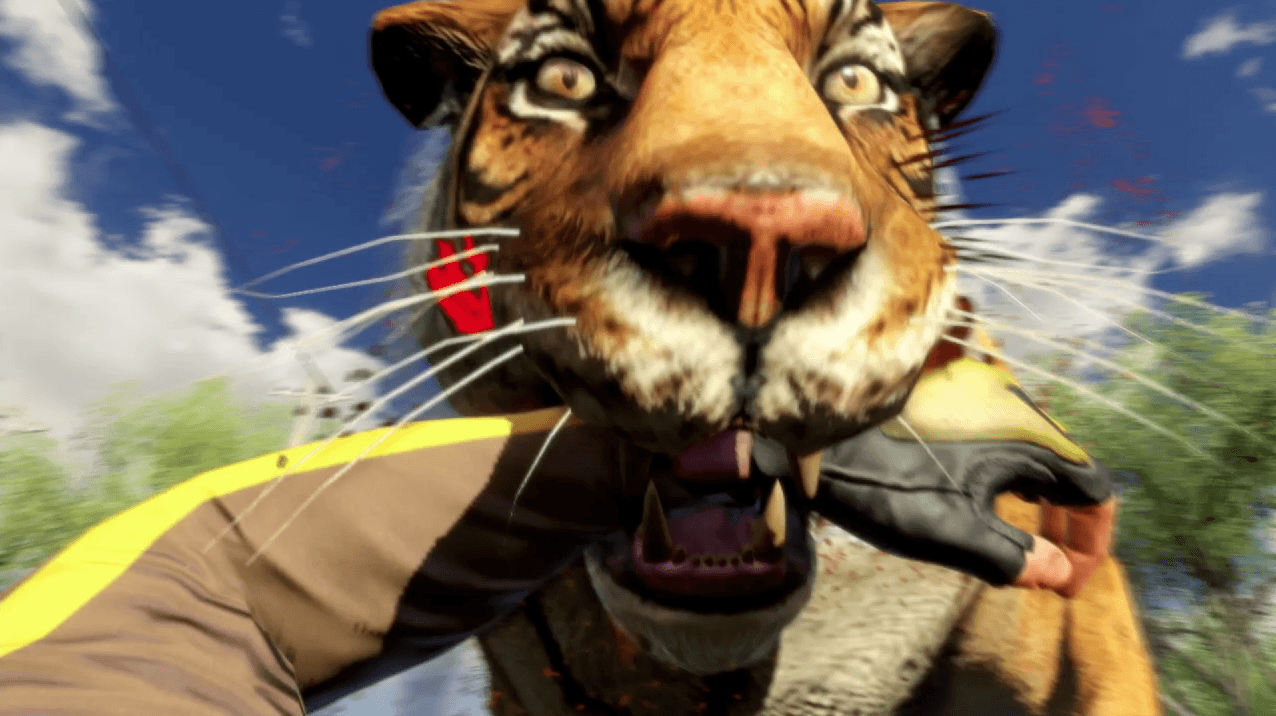 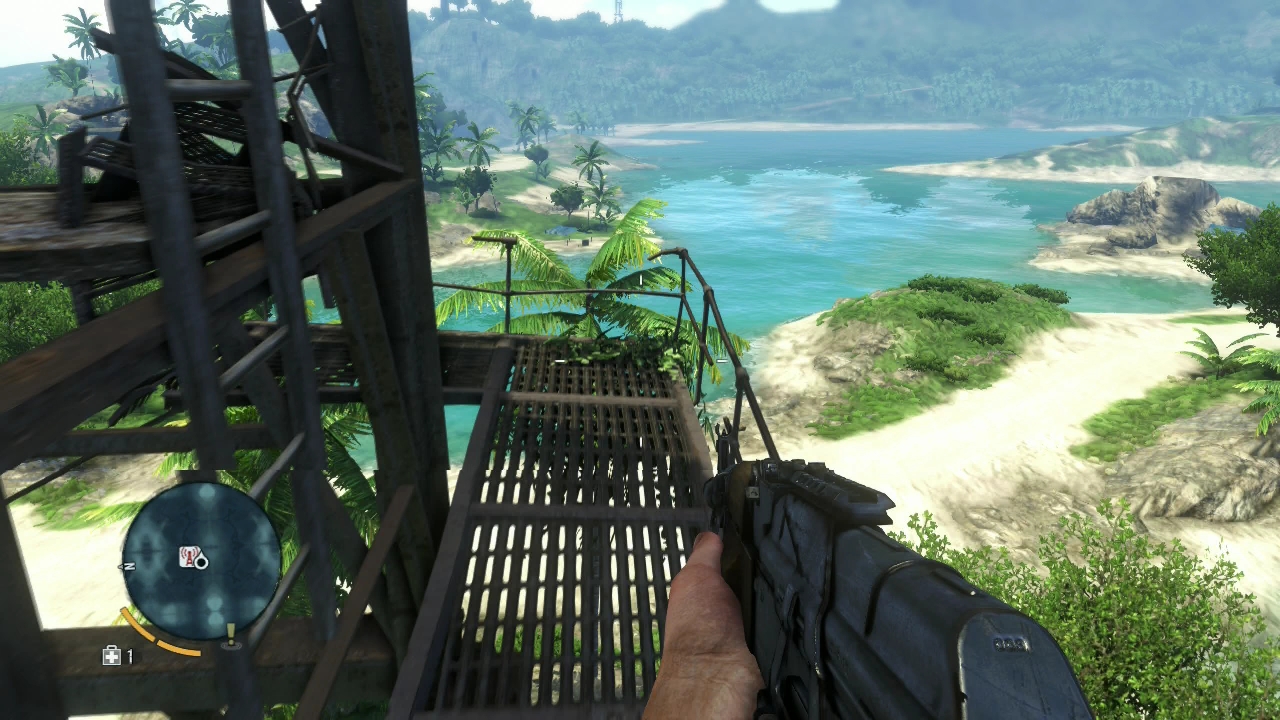 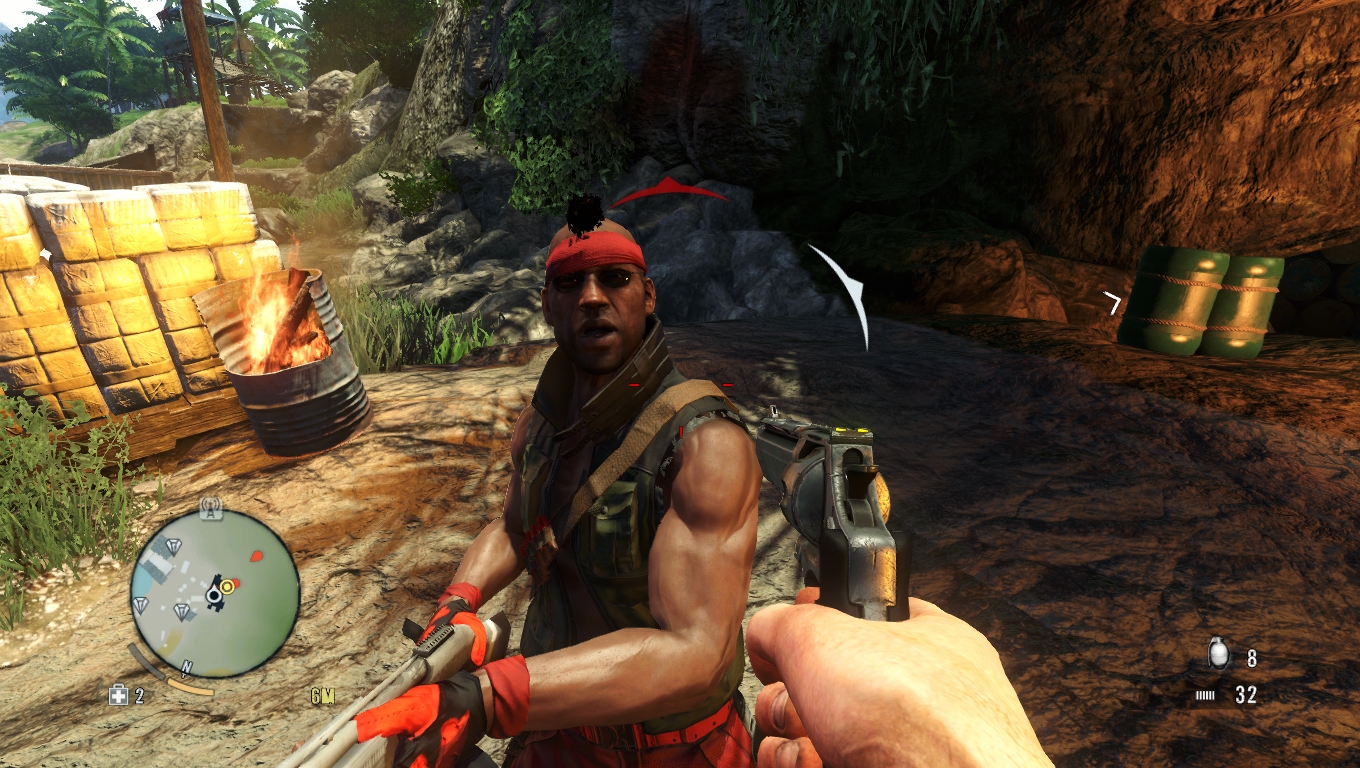 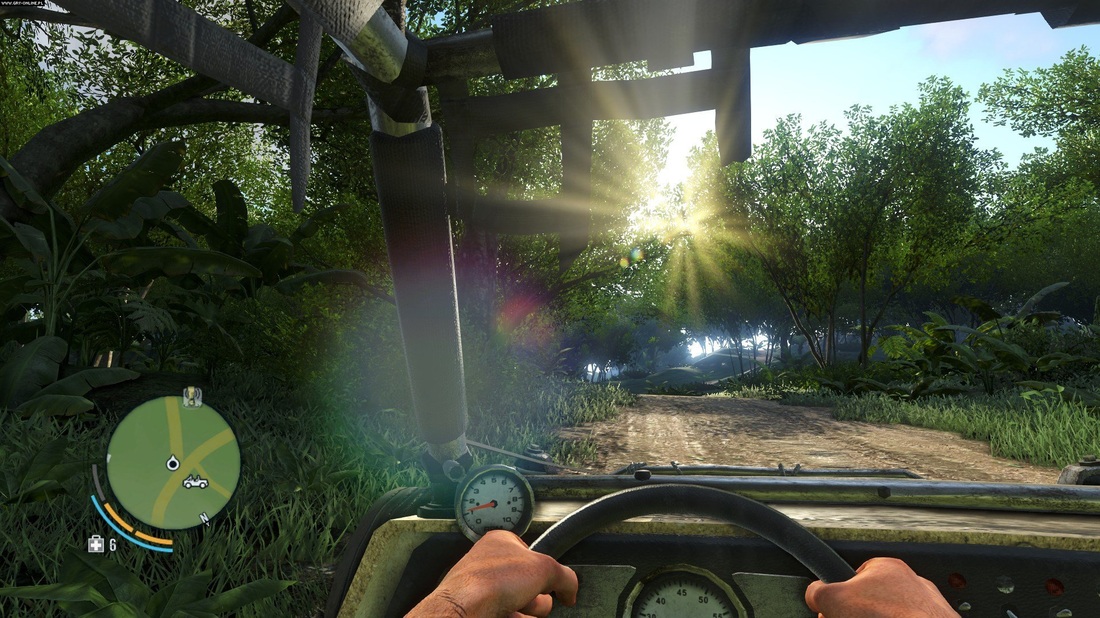