Overkill Software has just officially unveiled the sequel to their acclaimed bank heist first person shooter, PayDay: The Heist, with a promotional visual, screenshots, a teaser trailer and a fact sheet. PayDay 2 is the sequel to the original PayDay which released on digital platforms Steam and PlayStation Network in October 2011. The game featured 4 player co-op shooter action where the players must break into a location to steal objects or money, while fending off the police and taking hostages.

PayDay 2 will continue the story of the 4 protagonist – Dallas, Hoxton, Wolf and Chains- as they arrive in Washington D.C. for a large crime spree. The game will also feature a 4 player co-op experience as they earn money and rise in the criminal world, and taking on bigger and more rewarding tasks. The game will also feature a new character customisation system as well as a crafting system to create and customise your very own weapons and gear. The biggest addition is CRIMENET which is a dynamic database where players choose their next contract. The database offers a large range of contracts with dynamic missions and different objectives that make each mission varied and exciting.

Here is a promotional visual for the game: 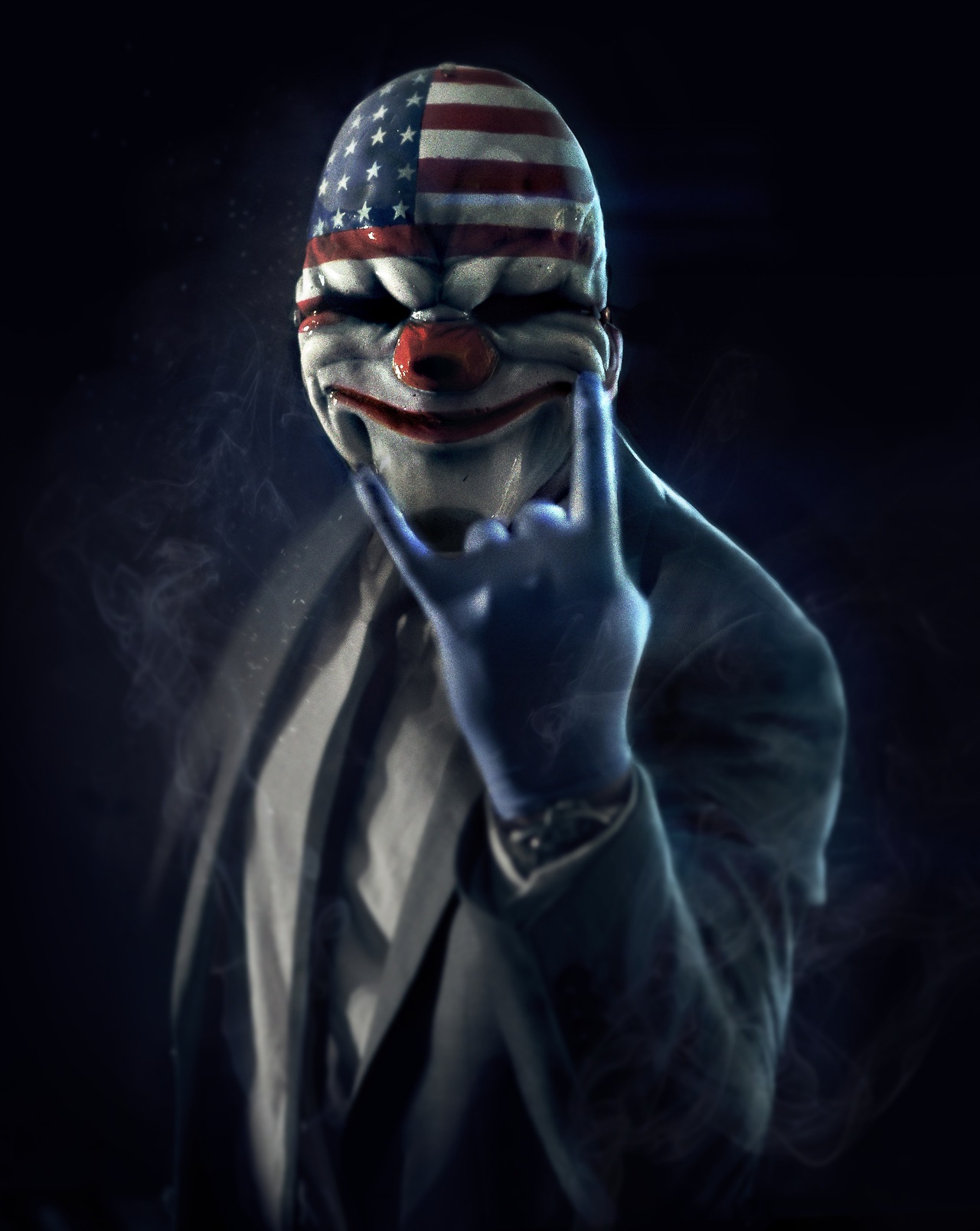 The official PayDay 2 fact sheet comes with lots of information about the game including all the new features as well as gameplay mechanics from the original game that players enjoy.

• CRIMENET – The dynamic contract database lets gamers pick and choose from available jobs by connecting with local contacts such as Vlad the Ukrainian, shady politician “The Elephant” and Mexican drug trafficker Hector, all with their own agenda and best interests in mind. CRIMENET features dozens of varied, exciting jobs and as the player progresses, new contacts with new jobs become available.

• Choose Your Profession – As players progress they can invest in any of four special professions: the Mastermind, the Enforcer, the Ghost and the Technician. Each features a deep customization tree of associated skills and equipment to master and they can be mixed and matched to create the ultimate heister.

• PAYDAY Loot – Finishing a job isn’t just an accomplishment to be proud of. After a successful heist gamers will also earn rare and powerful new equipment such as masks, weapons mods, mask modifications and a variety of other accessories.

• Weapons and Modifications – A brand new arsenal for the serious heister covering everything from sniper and assault rifles to compact PDWs and SMGs. Once players have settled for a favorite, they can modify it with optics, suppressors, fore grips, reticles, barrels, frames and stocks – all of which will affect the performance of their weapon. There are also purely aesthetic enhancements – why not go for the drug lord look with polished walnut grips for your nine?

• Mission Assets – Every job has a set of purchasable assets that can alter and enhance the heist such as a faster escape car, blueprints or even inside help.

• Character Upgrades – The signature PAYDAY mask can now be customized into tens of thousands of different combinations, color and material variations and there is a bigger selection of gear to wear for the discerning high-fashion heister.

• Multistage Jobs – Many contracts feature several separate stages allowing for mission forks and different outcomes depending on what the players accomplish in each individual stage.

• Dynamic Scenarios – No heist ever plays out the same way twice. Every single scenario has random geometry or even rare events.

• Play It Your Way – Each job allows for multiple approaches such as slow and stealthy ambushes to running in guns blazing. Players hit the target any way they want and watch as the heist unfolds accordingly.

There is also a new teaser trailer avaiable for PayDay 2 which features the game’s setting. Mind you it is just a teaser.

The publishers of PayDay 2, 505 Games, also released 7 screenshots of the game in action, showcasing the new environment and new graphical changes and upgrades to the original game. 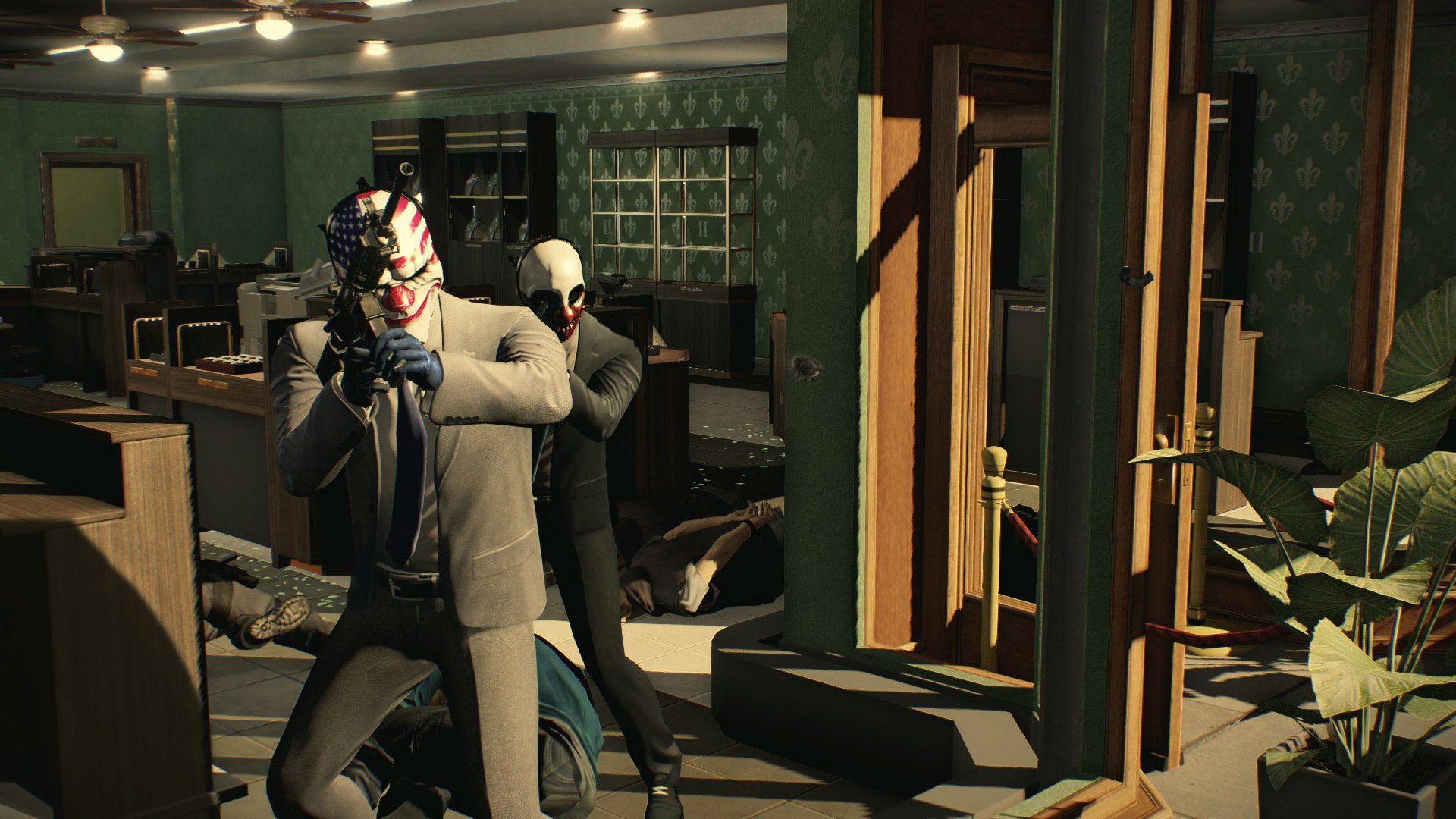 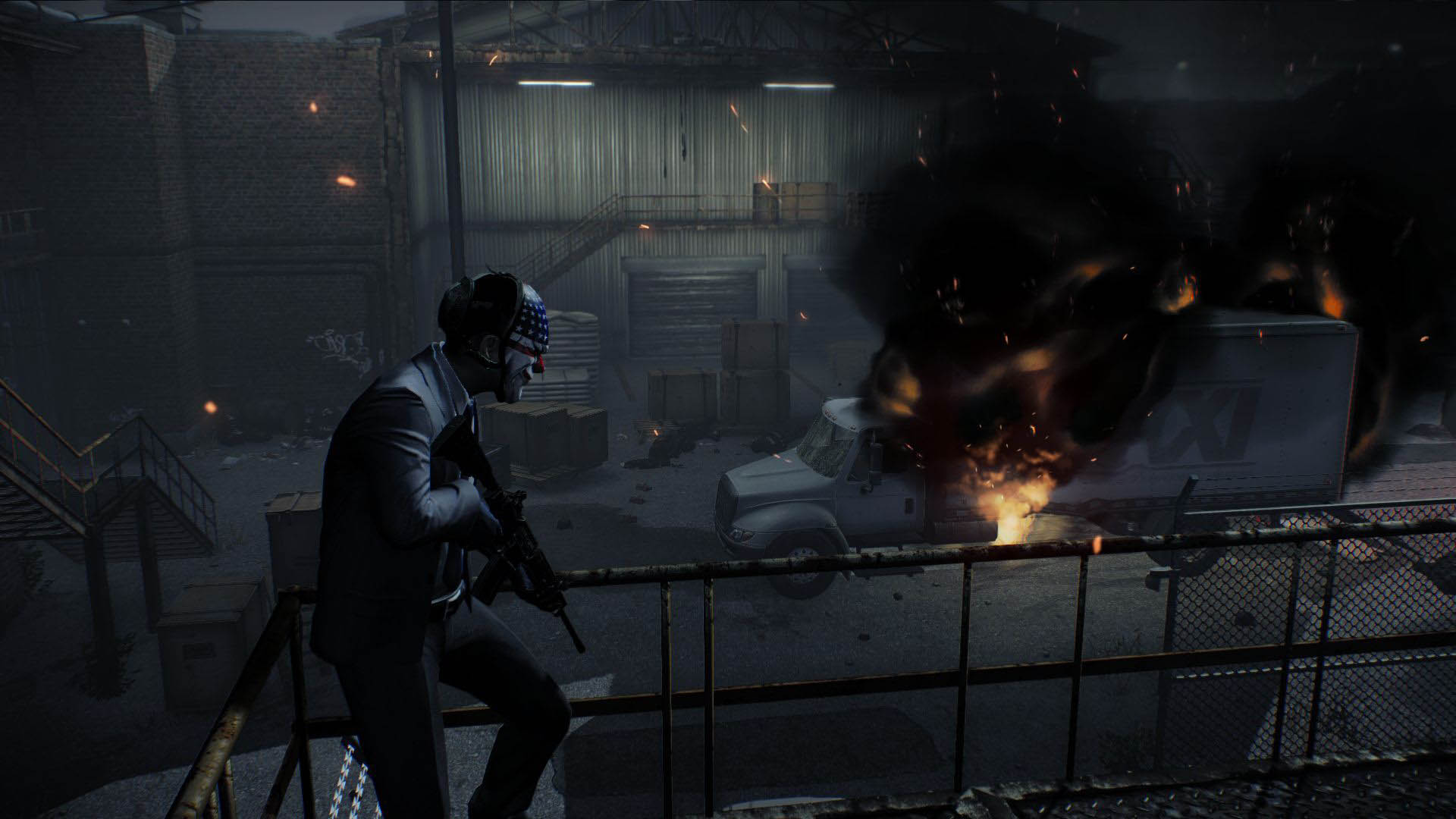 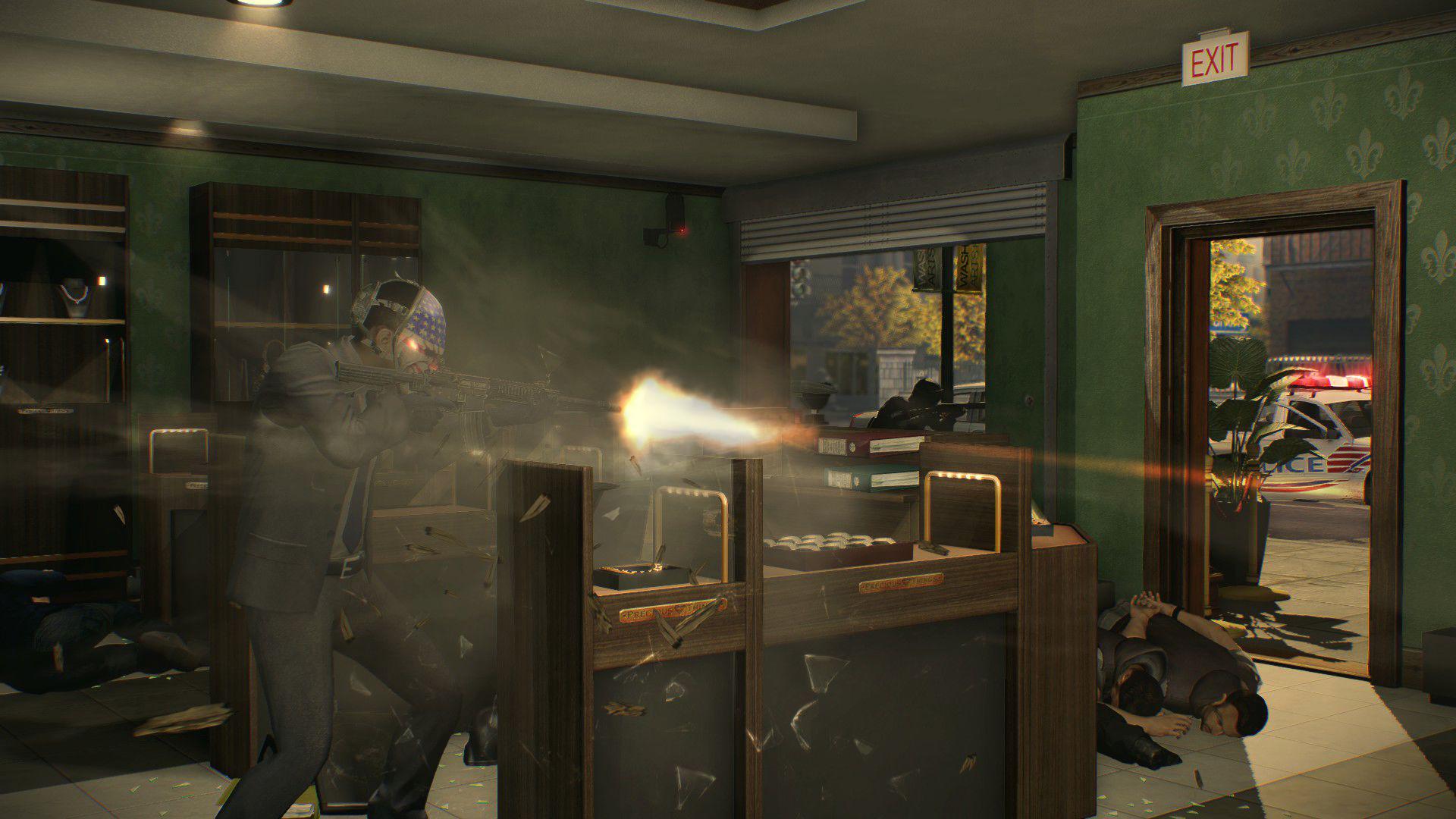 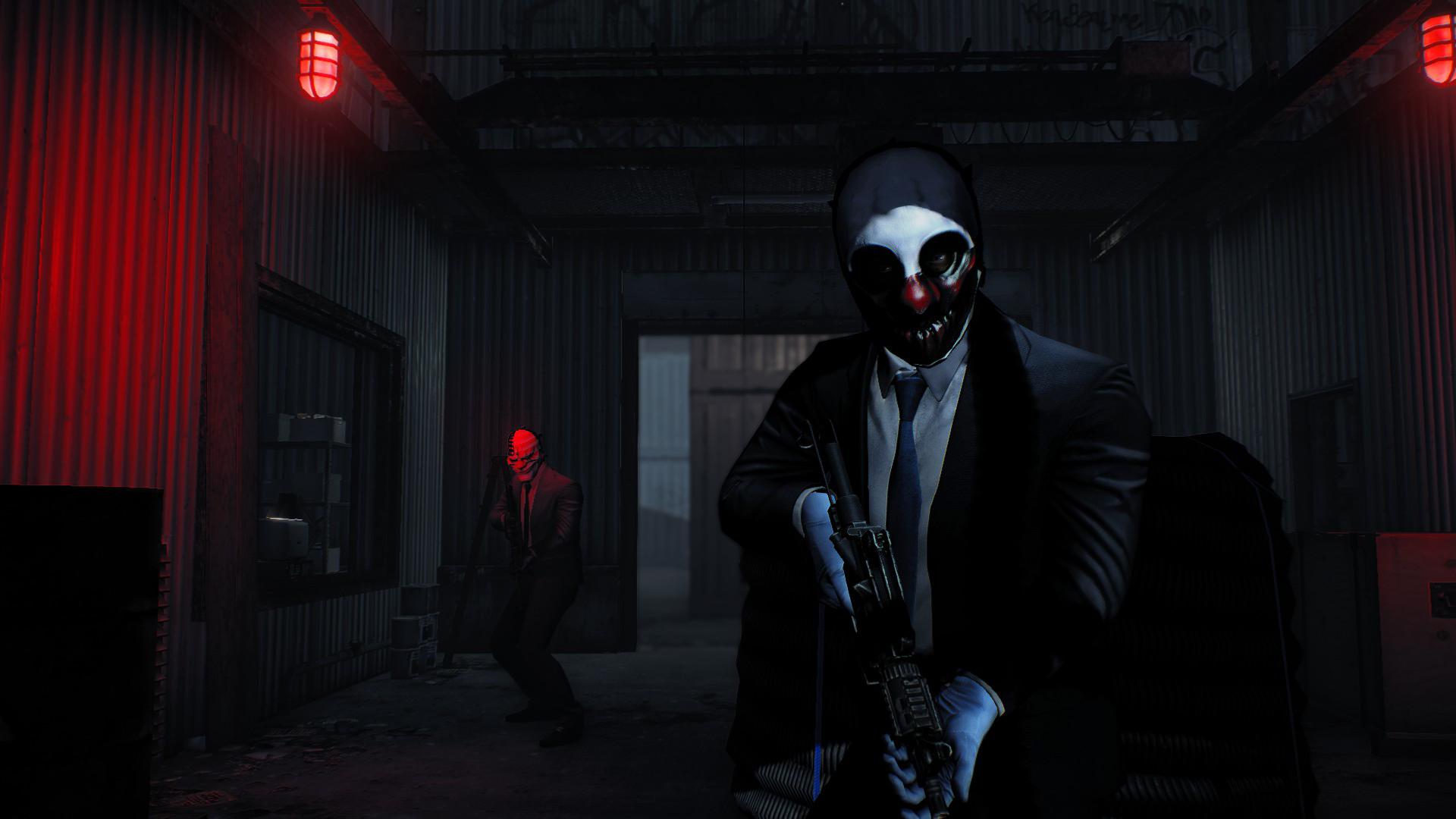 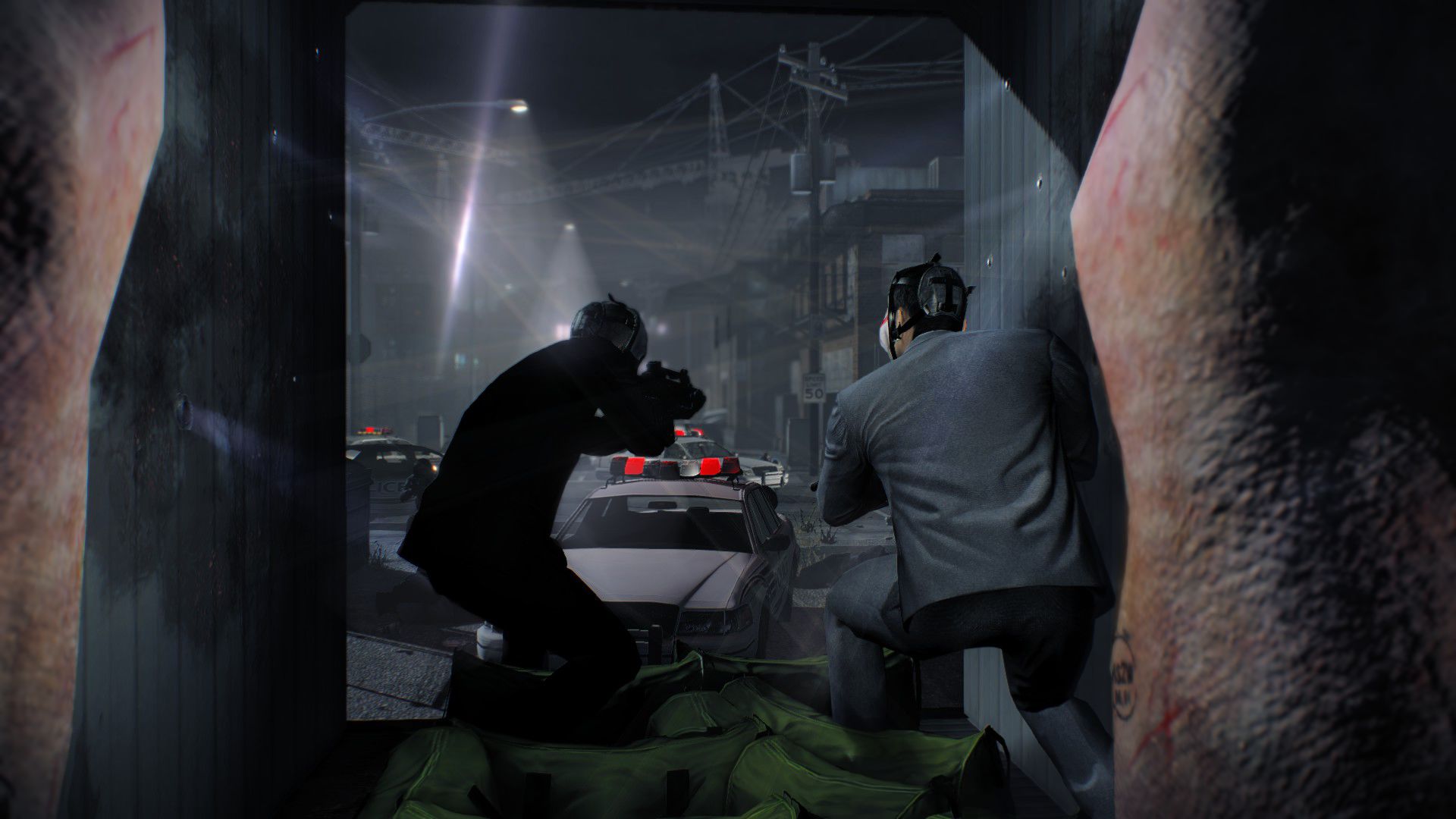 Overkill’s PayDay 2 is schedule to release on Xbox Live Arcade, Steam and PlayStation Network in Summer 2013.