This week’s issue of Shueisha’s Weekly Shonen Jump has announced that the upcoming third season of Tadatoshi Fujimaki’s Kuroko’s Basketball (Kuroko no Basuke) anime will be premiering from January 10th next year. 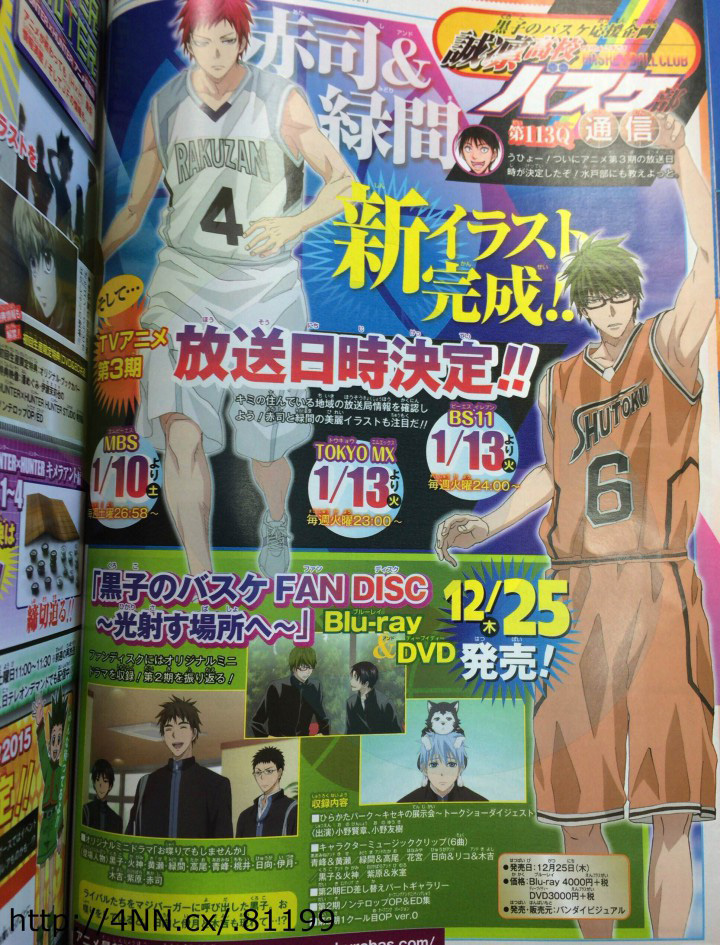 The anime’s Opening and Ending themes were also revealed. The OP will be Punky Funky Love. by Granrodeo and the ED will be GLITTER DAYS. from Fo’x Tails. There will be a fan disc releasing on December 25 on Blu-ray and DVD that will contain a small mini drama recapping the anime’s second season. It will also contain: a compact version of a talk show from the ~Kiseki no Tenjikai~ event at Hirakata Park, music videos for the series’ main characters, a special gallery of an alternative to the anime’s ending sequence, a version of the opening and ending without any credits and the initial rendition of the second season’s first opening.

New cast members have been announced to join the third season as members of Rakuzan’s Uncrowned Kings: 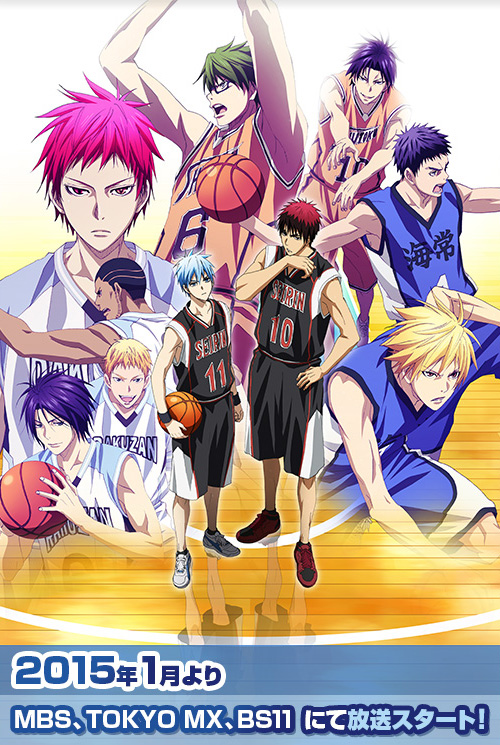 Kuroko’s Basketball (Kuroko no Basuke) is a manga series by Tadatoshi Fujimaki. The series is a basketball sports series that started serialization in 2008 and ended in September this year after a total of 30 compiled volumes with over 24 million copies in publication. A sequel manga series has been announced to start on December 29. There has been an anime adaptation of the series in 2012 and a follow up season that aired late last year. Both seasons were animated by Production I.G. Additionally, two video games based on the series were released, one for the PlayStation Portable and one for the Nintendo 3DS.