The Capcom Unity Blog has announced that Monster Hunter Freedom Unite will be coming out on IOS. The game is the North American and European localisation of Monster Hunter Portable 2nd G, which previously released on IOS in Japan last month. 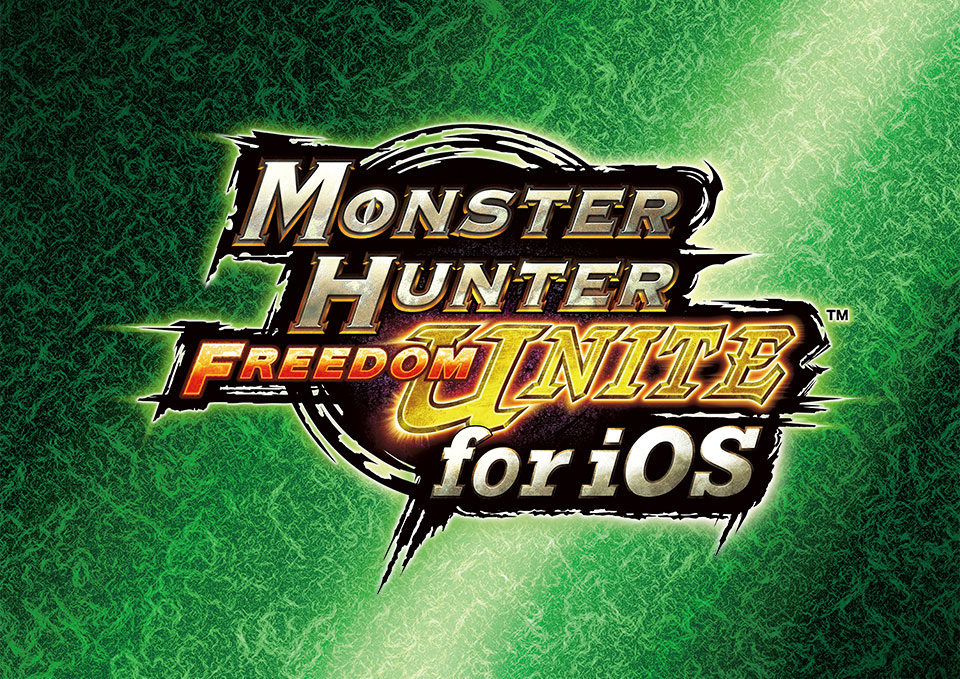 Monster Hunter Freedom Unite released back in 2009 for the PlayStation Portable where it became one of the highest selling PSP games of all time. The game is the international release of Monster Hunter Portable 2nd G that released on the PSP a year earlier

On IOS devices the game will feature higher fidelity graphics with a 2048×1536 resolution on the IPad. The game will have full touch screen support, Wi-Fi multiplayer.  The game also features a new HUD to accommodate the new device and will also feature the target lock on from Monster Hunter 3 Ultimate on the Nintendo Wii U and Nintendo 3DS. The lock-on, which was temporary, can be toggled on to target the monsters permanently or utilised in the same way as the previous title. The option to not use the targeting system is also present.

The IOS version has faster load times when entering another area of the map, as well as faster saving. The game only supports Wi-Fi multiplayer, with either automatic matchmaking or playing with specific hunters. It will use Game Center for multiplayer. The game will also support the MFi game controllers.

Here are some screenshots of the game on IPad: 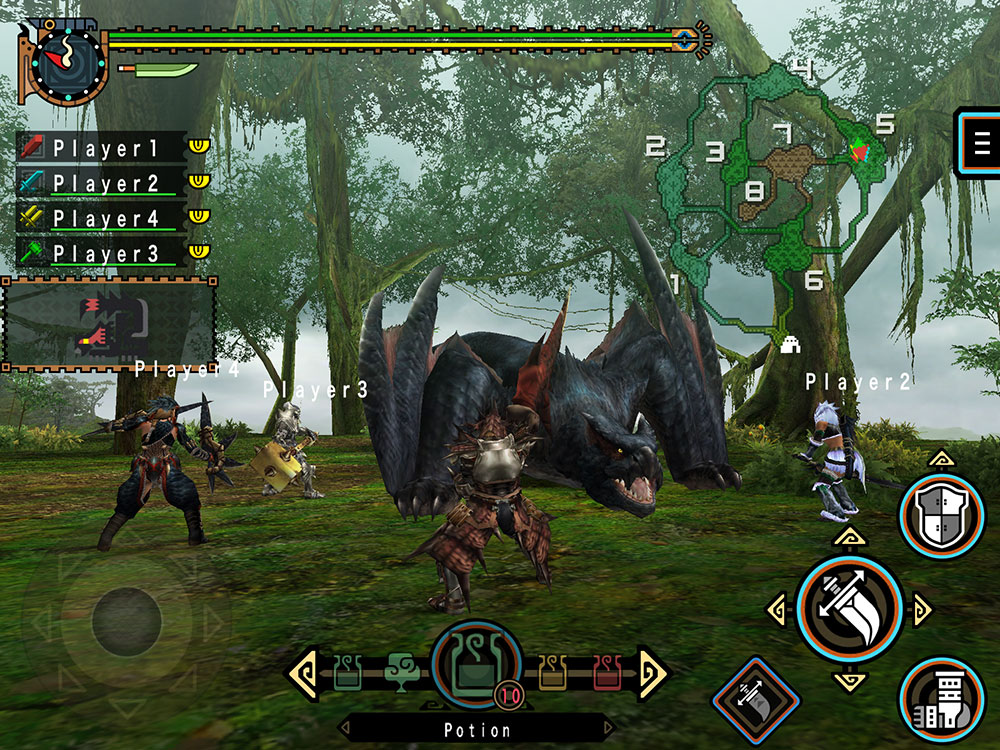 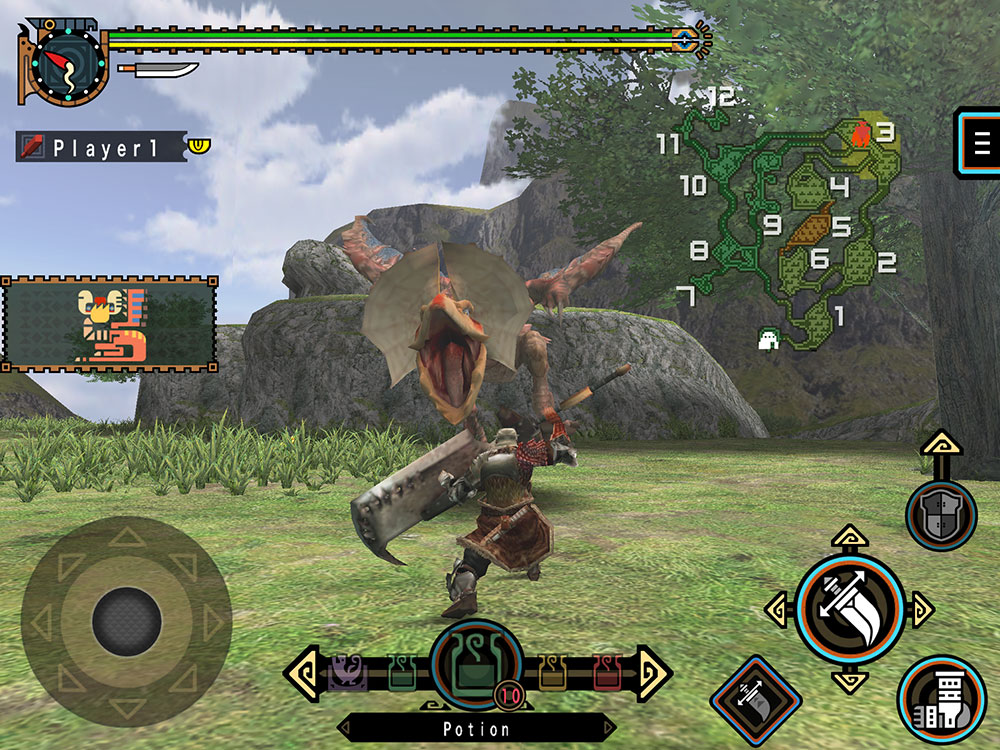 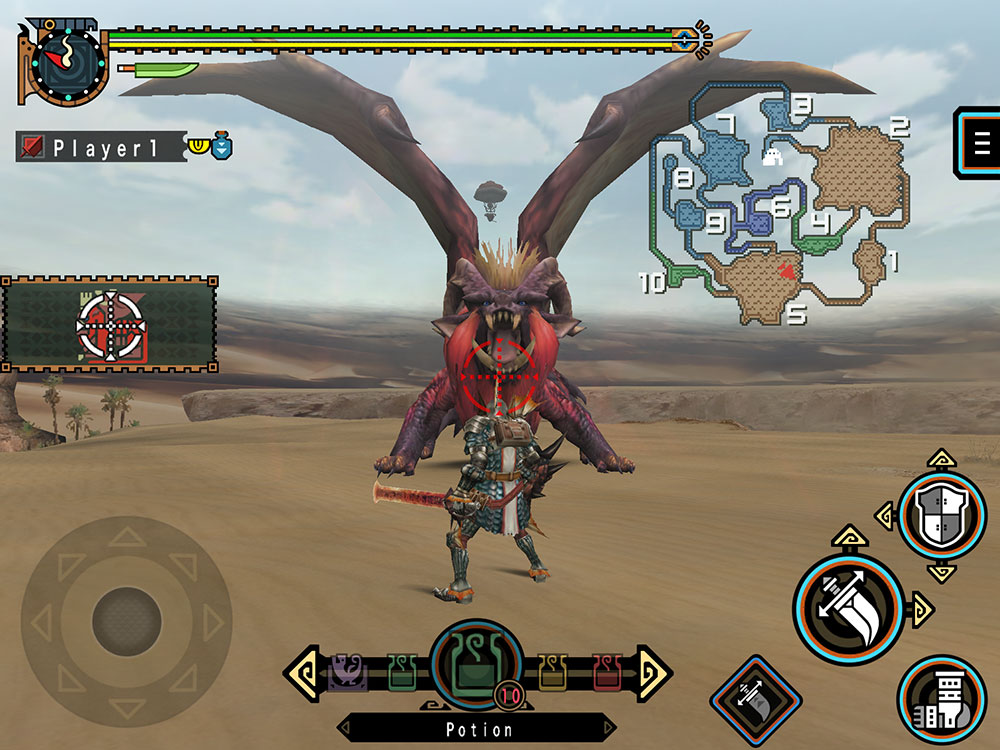 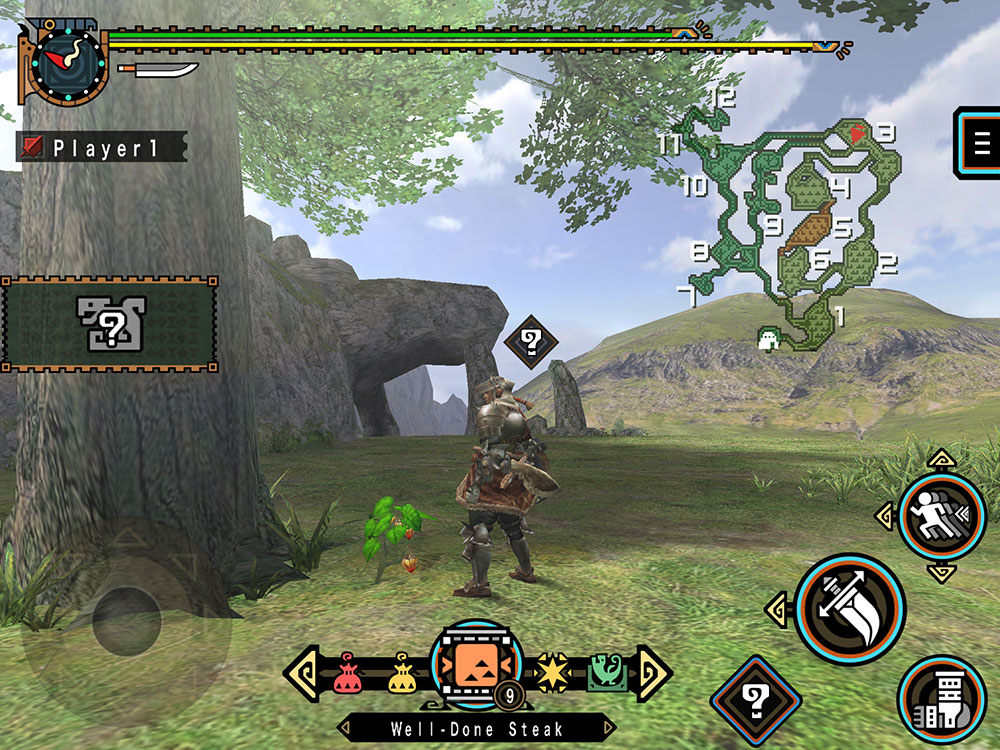 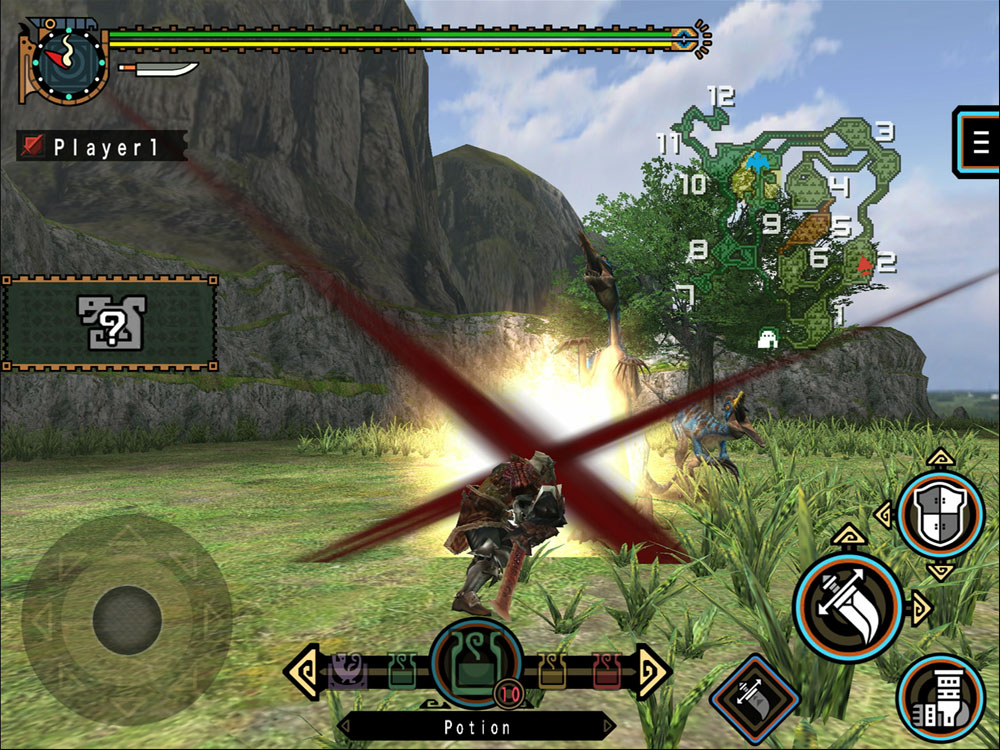 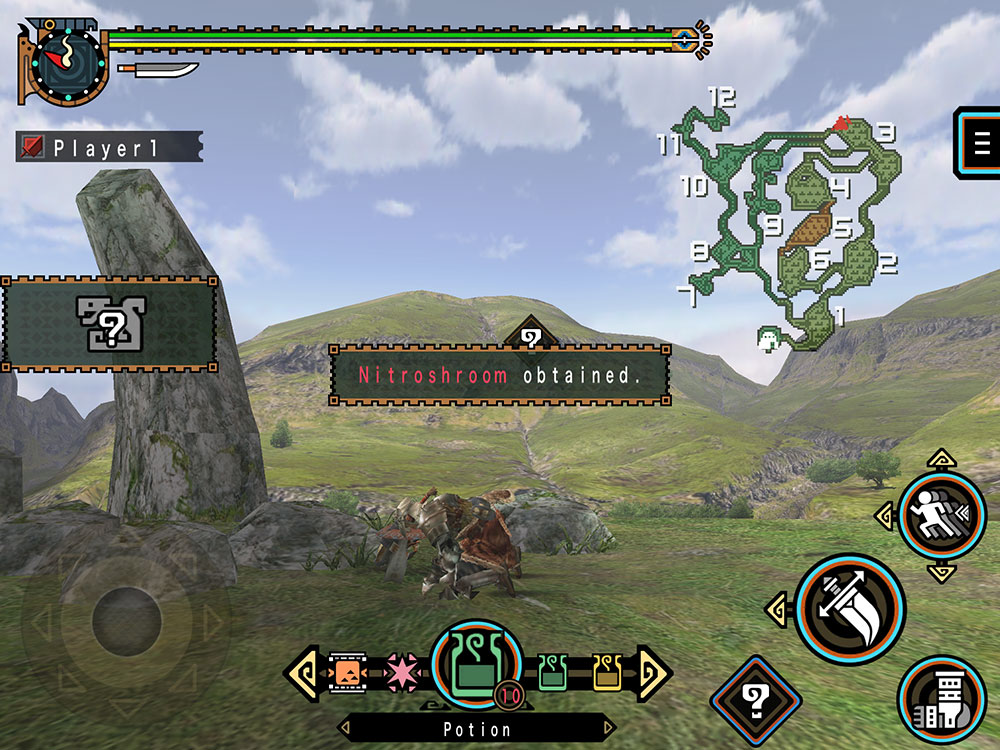 Monster Hunter is one of Japan’s most popular franchises. The series started in 2004 on the PlayStation 2, and has since been on the PlayStation Portable, PlayStation 3, Nintendo Wii, Nintendo 3DS, Nintendo Wii U and the PC. To date, the entire franchise has sold over 28 million copies, with the latest main instalment being Monster Hunter 4 for the Nintendo 3DS selling over 4.1 Million copies in Japan. Capcom has recently announced that the game will be releasing outside of Japan as Monster Hunter 4 Ultimate in 2015, which will include additional content. A MMO, titled Monster Hunter Online was announced last year for China only. The beta opened in July last year and little information was released since.

More information, including the release date, about Monster Hunter Freedom Unite for IOS will be released at E3 2014. Both the Japanese and International release have not hinted at any Android release.