This week’s issue of Shueisha’s Young Jump magazine has revealed the cast members for the TV anime adaptation of Yu Sasuga and Kenichi Tachibana’s manga Terra Formars,which will be airing this Fall/Autumn. 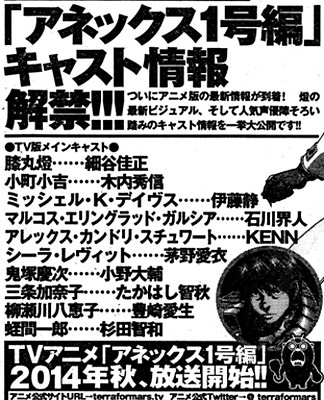 The cast itself features a different cast of characters from the OVAs, aside from few main character, whose cast was revealed earlier in the year. The TV anime will be set 20 years after the OVA and is animating the Annex 1 arc. The revealed cast for the Terra Formars TV anime is as follows:

The production crew for the anime was announced earlier and is the same for both the OVA and TV series. 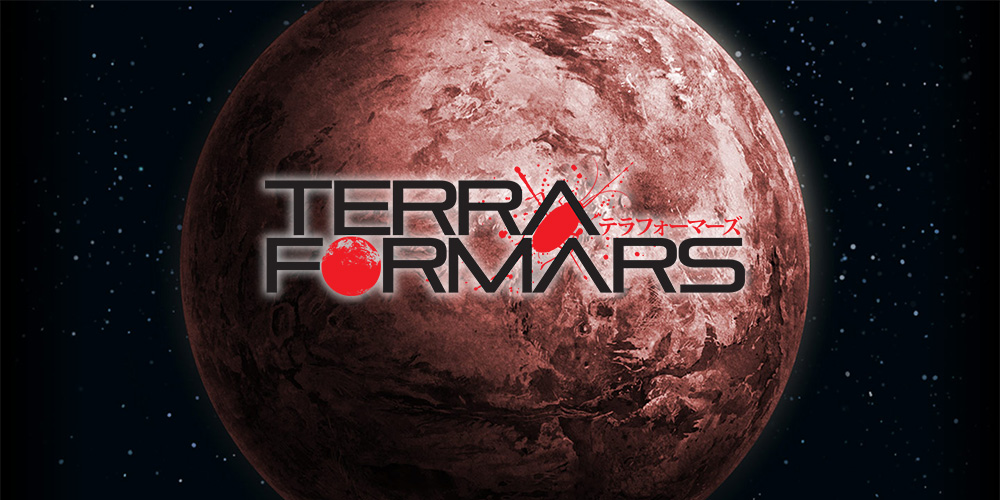 The Terra Formars TV anime series will be airing this October, during the Fall/Autumn 2014 anime season. The two OVAs will be bundled in the 10th and 11th manga volumes, which will be out in August and November respectively.