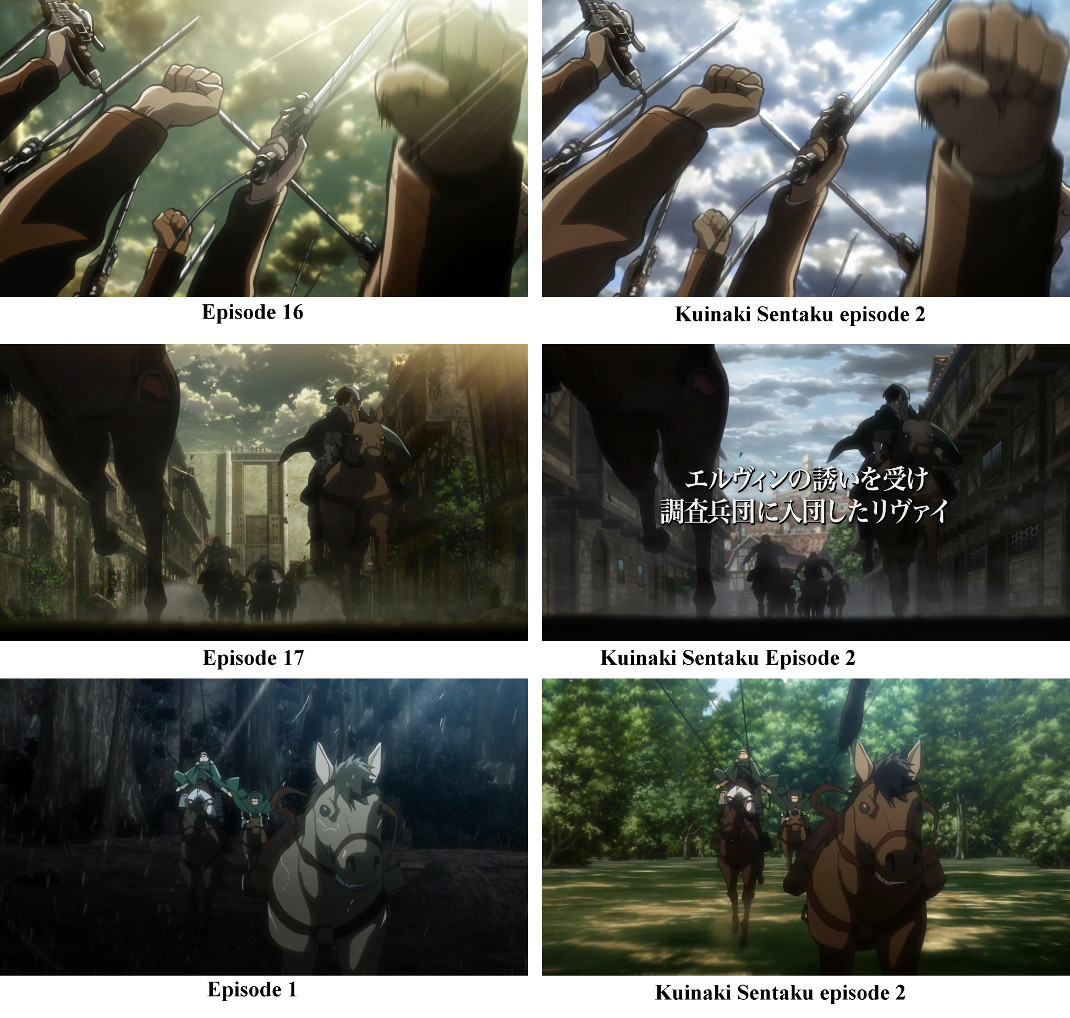 While this one instance has been caught, various other studios have been employing similar techniques to save money and budget, don’t blame Wit Studio. The OVA itself is a prequel to the original manga and series, based on Gan Sunaaku and Hikaru Suruga’s mange of the same name.

Here is a synopsis of the OVA from MAL:

This prequel to megahit Attack on Titan answers the questions: How did Captain Levi of the Survey Corps go from street tough to humanity’s strongest soldier? And how did Commander Erwin become a cold, calculating leader, ready to sacrifice anything to save the human race? The fires that forged this bond of loyalty and trust were intense indeed!

Here is the main visual of Attack on Titan: No Regrets: 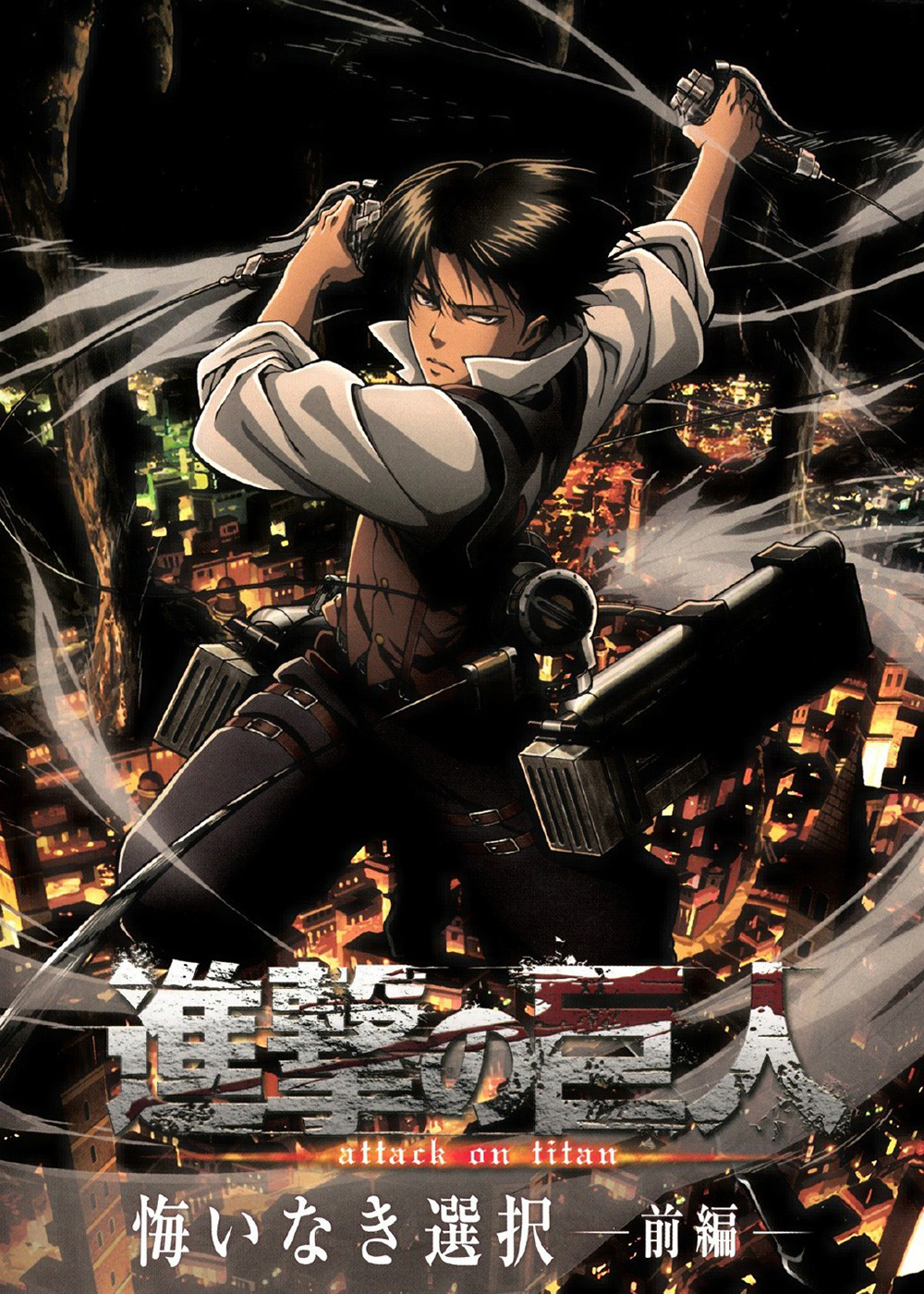