The first promotional video of the upcoming Bikini Warriors anime, based on Hobby Japan and Megahouse’s Bikini Wars line of figures, has been revealed. The new video gives us a preview of the main characters of  and main plot of the upcoming series. The anime itself will be produced by studio Feel (Minami-ke Tadaima, Outbreak Company) and PRA (Parasyte and Ben-To Assistance) and directed by Naoyuki Kuzuya (Hanayaka Nari, Waga Ichizoku, Saiyuki Gaiden). The series will star Yoko Hikasa (Rias Gremory in High School DXD) as Fighter, Kana Ueda (Rin Tohsaka from Fate/stay night: Unlimited Blade Works) as Paladin, Ai Kakuma (Ruuko Kominato from Selector Infected WIXOSS) as Mage and Chiaki Takahashi (Azusa Miura in The [email protected]) as Dark Elf.

The Bikini Warriors anime will begin airing from July 8th at 1:35am JST on Tokyo MX during the Summer 2015 anime season. Each episode will only be 5 episodes long.


Here is the anime’s main visual: 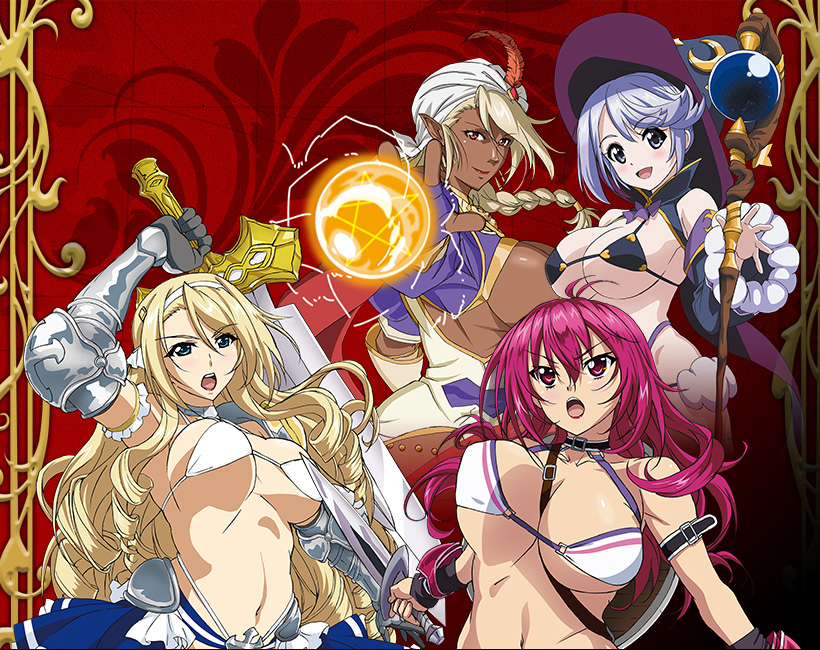 The synopsis of the Bikini Warriors‘ story:

The setting is a an RPG-style world with swords and magic, where adventurers form a party to challenge the demon king’s right to rule. But, the adventurers all have beautiful breasts, enormous breasts, and bikini armor!!