The anime’s website has revealed the first cast members of the Hibike! Euphonium anime. Alongside the earlier revealed character designs, the main cast includes:

A new extended version of the anime’s first promotional video, which was first released at Comiket 87, was also revealed. 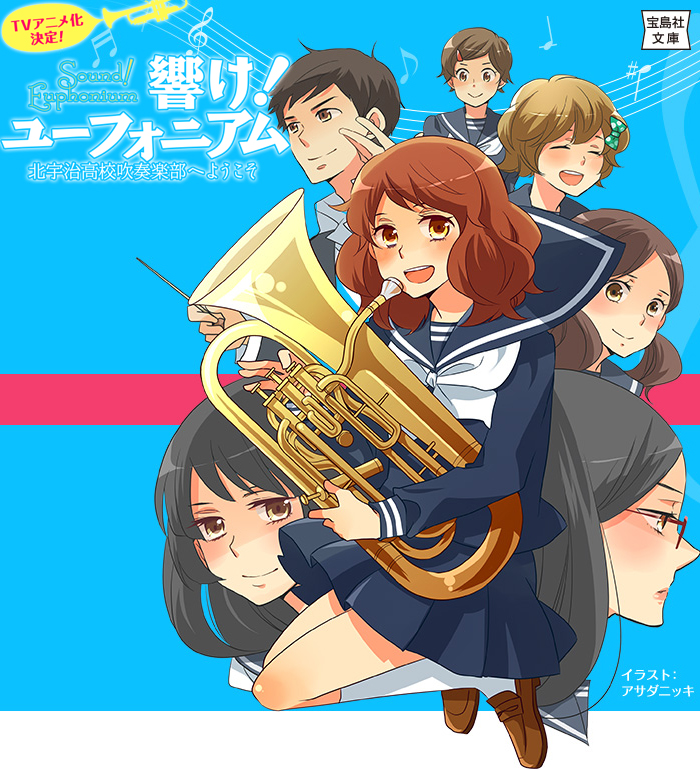